This Review of Air France 777-300ER Business Class from CDG to New York JFK is part of a trip report including Le Bristol Paris, Le Meurice, the Shangri-La Paris, and Paris Michelin Star restaurants. I had never flown Air France Business Class, and I had pretty low expectations of the service and business class seat, although my wife assured me it was Air France's new business class, with a flat bed seat. I was surprised at the high quality of some aspects of this product, and disappointed by others. Air France 777-300ER Business Class Cabin and Seat Selection
The Air France Business Class cabin was packed, and the passengers ranged from a crying baby to an old gentleman who must have been over 90 years old, so the flight attendants had to cover a lot of ground. The cabin had a very light and airy feeling, with 40 business class seats across 10 rows in a 1-2-1 configuration. Air France Business Class Seat
The seat was angled inside a compartment to face slightly toward the window. The compartment space
itself was quite large, and there was ample room toward the window for storage and shelf space. But
the seat is rather narrow at 21.5 inches, there was not much space between the seat and the aisle, and the angle of the seat felt a little strange. The seat controls were very intuitive and simple. 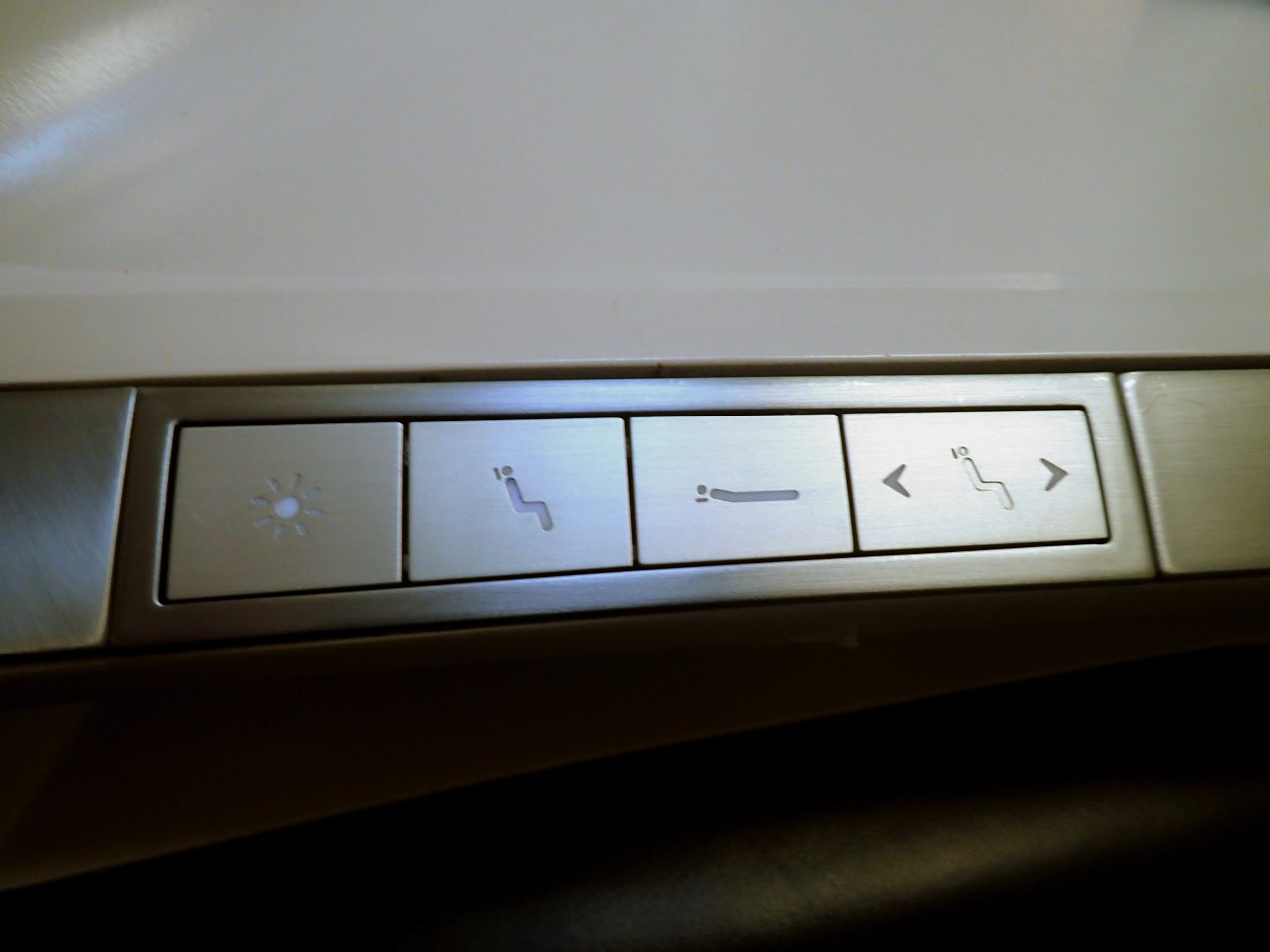 For window seats, such as my seat 3A, there's a power outlet as well as a USB port located on the left hand side, underneath the compartment that the tray table folds out from, and near the pocket holding magazines. Air France Business Class Service
Because the cabin was so full, service took a while, but eventually I was offered a hot towel, along with a
choice of orange juice, water and champagne, and opted for the latter. 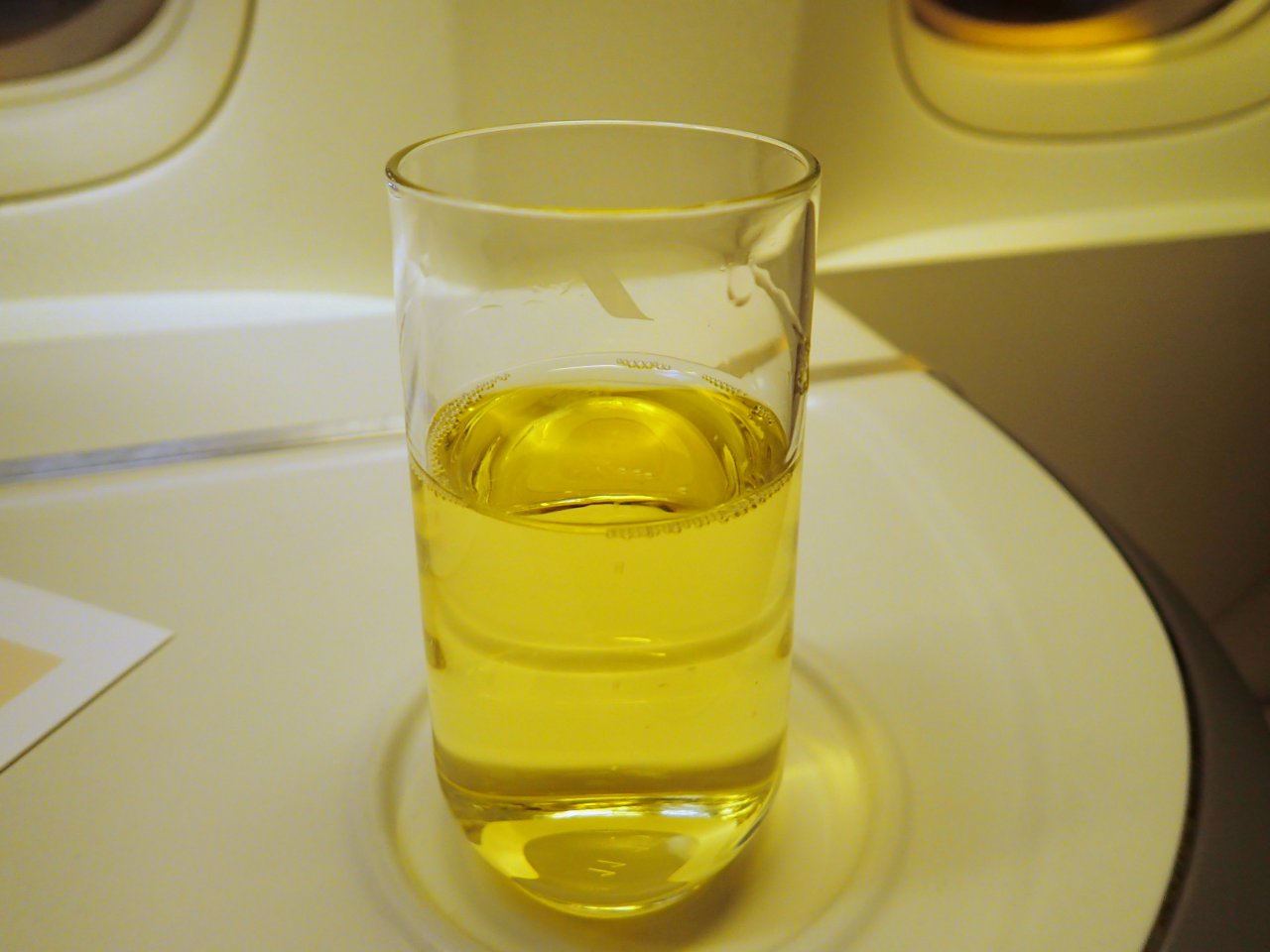 The service was either perfunctory or non-existent. I performed the transitioning of my seat to a flatbed, and vice versa, when needed. Overall the service was disappointing, though perhaps understandable in light of the crowded conditions. Then again, business class is mainly about the seat and bed. For good service, on many airlines, you really need to be flying first class. The asparagus mousse amuse bouche was fresh but quite bland, as were the accompanying crackers. The appetizer was fantastic: potato salad with truffles, and foie gras with hazelnuts and port jelly. This was accompanied by a simple salad and roll. Just perfect. The 15 hour lamb with fig and mustard sauce was succulent, tender and flavorful, even though it certainly doesn't look like much in the photo. The cheese, especially the chevre, was creamy and delicious. I finished with dessert and coffee. The mini desserts were very good for in-flight desserts, and my wife tells me that she had a memorable dessert even in economy some years back, on an Air France flight. The light snack we had pre-arrival, however, was just passable, and served cold: a chicken and mushroom flan, some sweet peppers, and tomato-pesto focaccia. The soft chocolate cake with a small pot of creme anglaise was the highlight. Air France Business Class IFE
The in-flight entertainment system was accessible by means of an easy-to- use handheld device next to
the seat. I chose to watch Rogue One and Moonlight. Overall, the English-language film selection was
pretty good. 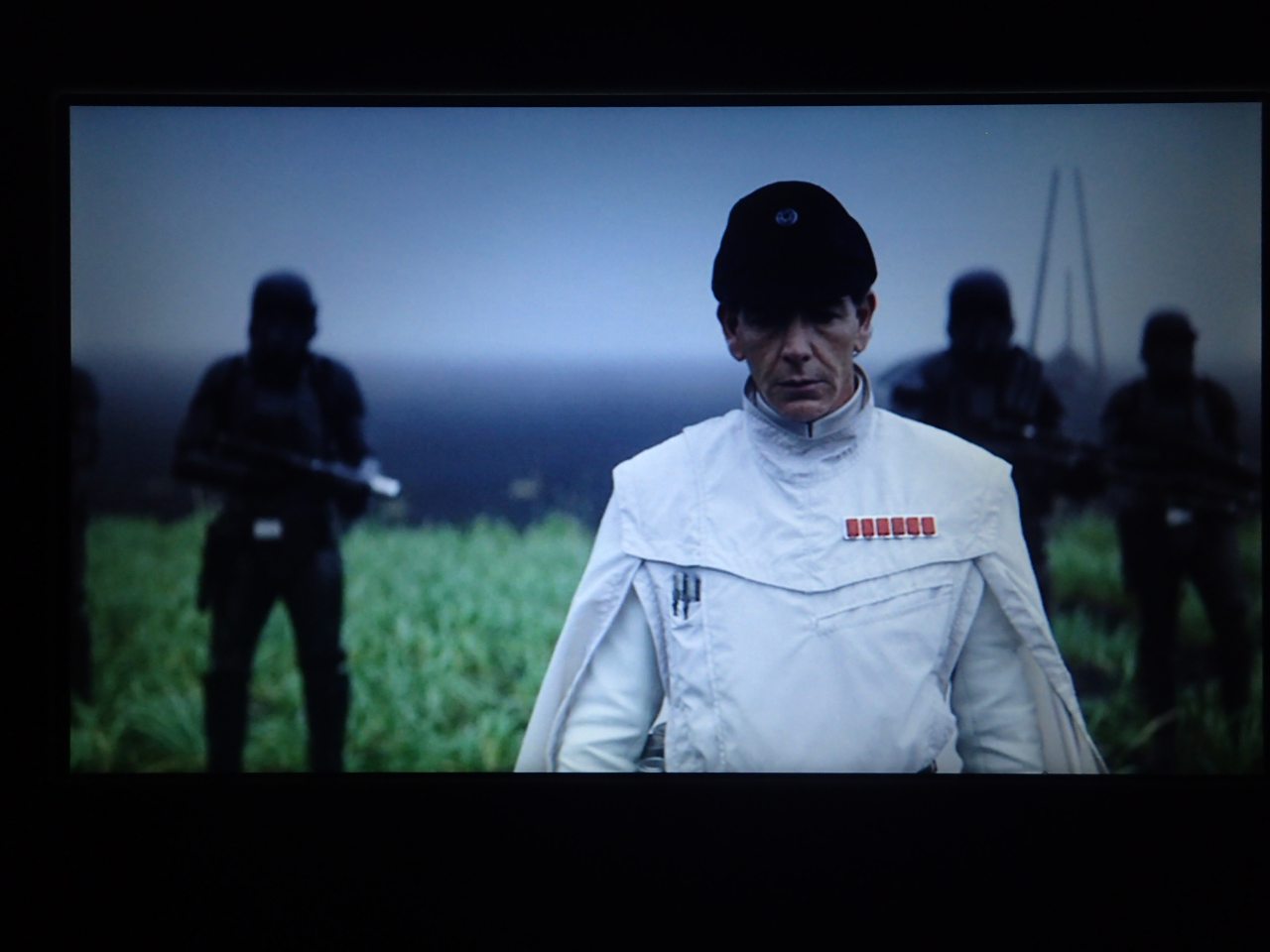 Air France Business Class Bed
The flatbed area is very narrow, and was not really long enough for my feet. I’m not that wide, but I
barely fit the width of the bed. And the bed was very hard. The sleeping compartment is not totally
enclosed, with an open access to the aisle, which was a little distracting. The Verdict
This product was hit-or- miss. The compartment is quite spacious and elegant for business, but the
flatbed is very narrow and hard–I definitely recommend bringing a Therm-a-rest mattress pad. The food was quite good, overall, while the service was terrible.

Had a poor experience on Air France J as well. Their sister airline, KLM, does a much better job in terms of both the hard and soft product.