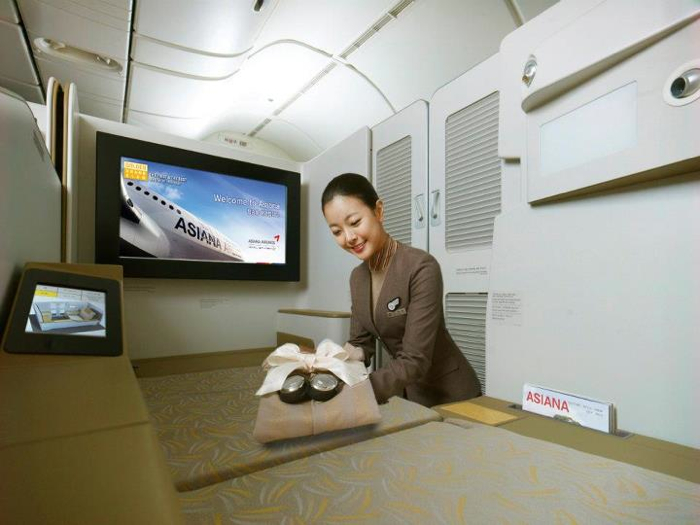 But more recently, there isn't a single Asiana first class suites award seat showing on the NYC-Seoul route, or several other routes I checked.

And this is reflected as well using the ANA to search for Asiana First Class award space, since ANA is more accurate (see How to Use ANA to Search for Star Alliance Award Space): 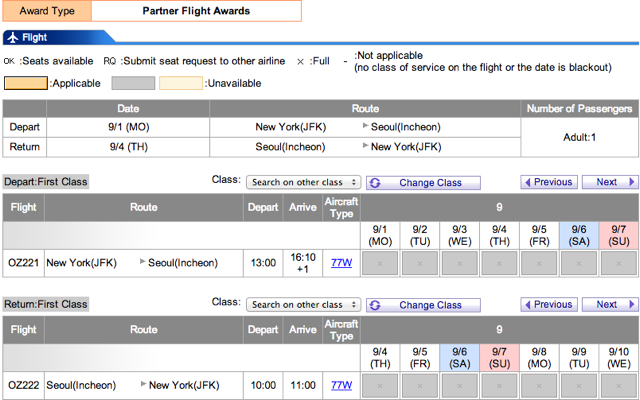 Meanwhile, there is still some ANA old first class award availability (not Asiana Suites), for example on the Frankfurt to Seoul route, although keep in mind that using United miles, this runs 80,000 United miles each way, rather than the 70,000 miles that the U.S. to Seoul first class awards, including Asiana first class suites awards, price at when available:

While this could be a temporary fluke, so mark this as developing, it's not looking good right now for Asiana first class suites awards. For getting to Asia in first class, consider some of these options instead:

What's your experience of the past few days with finding Asiana first class award space?

Cathay Pacific or Singapore Airlines First Class: Which is Better for Couples?