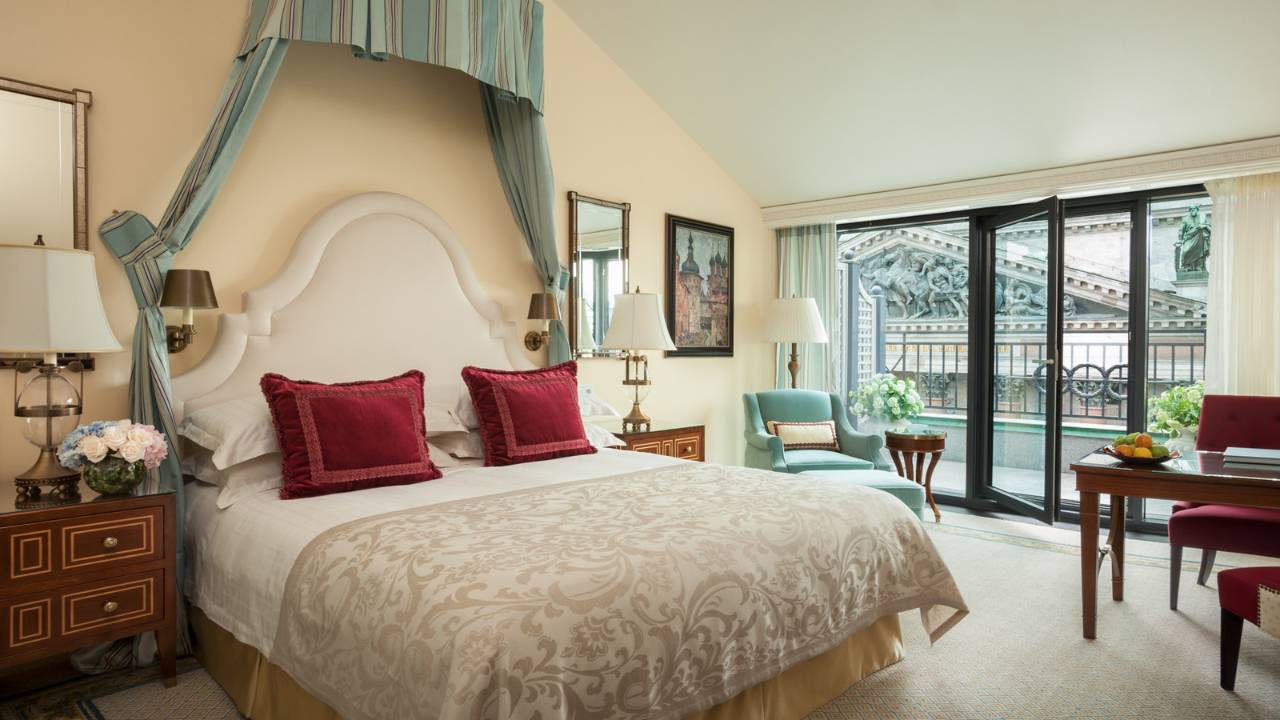 Here are a few tips we gleaned, followed by a video of how to make a Four Seasons bed.

1. Invest in a Great Mattress and Mattress Topper

It's no surprise that your sleep is only as good as the mattress you use, so invest in a great one. The new Four Seasons bed is made exclusively for Four Seasons by Simmons, and has a patented GelTouch heat absorbing foam center to help keep you cool. The bed is customizable to your preference, with three mattress toppers including a Signature Firm topper, a Signature topper, and a Signature Plush topper.

You can actually buy a Four Seasons bed and topper, as well as the all cotton sheets, though Four Seasons is the model of luxury hotel discretion and doesn't heavily promote this offer.

2. No Fitted Bottom Sheet: Use Hospital Corners Instead

While most sheet sets consumers buy include a fitted bottom sheet, that's not what hotels use–it doesn't look as smooth as using a flat sheet and making hospital corners. To make them, you'll first tuck in the sheet at the end of the bed, but not on the sides. You'll grasp the sheet about 15 inches up from the foot of the bed and bring it up in a triangular shape before tucking in the excess fabric smoothly, still holding the triangular portion with your other hand. Finally you bring the triangular portion down and tuck that in smoothly, so the end of the bed looks like a wrapped present.

3. Provide Room for Feet via a Discreet Extra Length of Fabric at the End

Most hotels tuck in the top sheet so snugly that I have to untuck it completely. Not at the Four Seasons, thanks to the ingenious decision to provide an extra fold of fabric for precisely this purpose: room for feet, especially in the case of tall sleepers such as my 6'5 husband. Watch the video below, and you'll see how to leave this extra room, while still making everything look perfect.

How are Four Seasons pillows so perfect? A tip is to fold the feather pillow in two before putting it into the pilloecase, then tuck the open end of the pillow case in so it looks nice and neat, before smoothing out each pillow and placing it at the head of the bed. See this video from Four Seasons Hotel George V, Paris at the 1:47 mark for a demonstration.

What's your favorite Four Seasons resort or hotel in the world?

How to Sleep on Redeye Flights