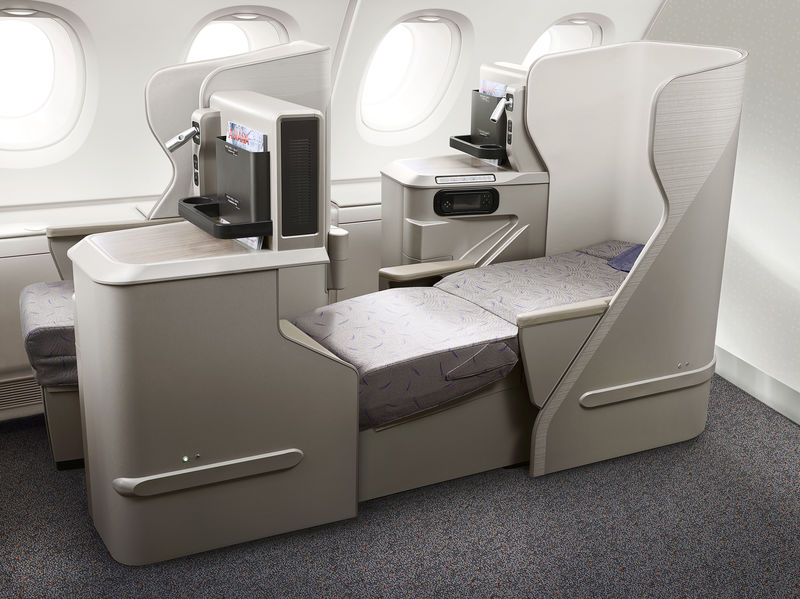 Discounted United Partner Business Class Awards are Bookable for All of 2015 Starting Feb. 10 if you ticket by February 28 (see United announcement) via Dan–good news if you have tons of United miles you didn't manage to redeem before last year's United Award Chart Devaluation. It's also good news if you have a glut of Chase Ultimate Rewards points, as these transfer 1:1 to United and can be earned at 5X or more per dollar, thanks to the Ink Plus and Chase Freedom rotating 5X categories, plus shopping portal bonuses.

After the United Award Chart Devaluation in 2014, United now has two award charts, one for awards on United operated flights, one for awards on United's Star Alliance partners, which in some cases increased by 86% in the case of first class. These discounted awards are only for partner business class, but at least make it a little cheaper to use United miles for partners. That said, the AAdvantage award chart is still cheaper for all business class awards, even with these discounts.

Here are the details of the discounted business class awards on United partners:

Previously, in Discounted United Partner Business Class Awards to Europe and Maldives, Winter 2015, it was possible to book discounted partner awards only through March 2015; now you can book through December 2015.

Here's an example of Montreal to Zurich for 57,500 miles one way:

Asiana Business Class isn't in the same league as Singapore Business Class, but it's still usually preferable to flying United or another U.S. carrier. And say goodbye to bland airline food with yummy Bibimbap and other Korean favorites. 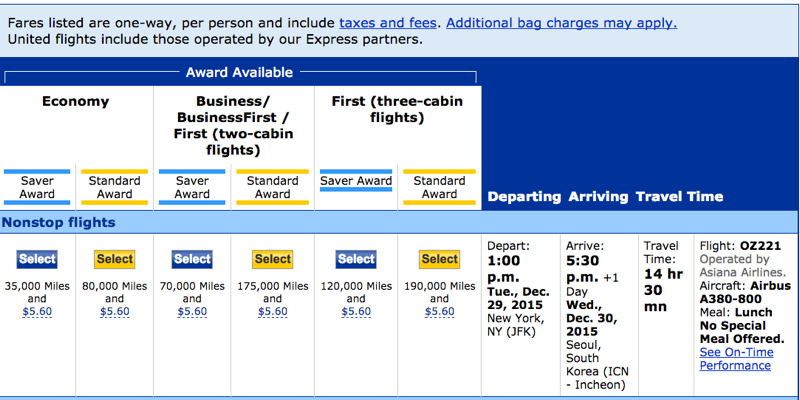 My favorite carriers flying to the Maldives are Singapore Airlines, Cathay Pacific, Etihad and Emirates, but Turkish Airlines also has a decent business class product and if you're lucky, you may be able to find an award such as this one with business class on the entire routing. Many days, unfortunately, only offer mixed class award bookings, with one flight in business class and one in economy. So try to be flexible, or consider using American AAdvantage miles instead to fly Etihad First Class. 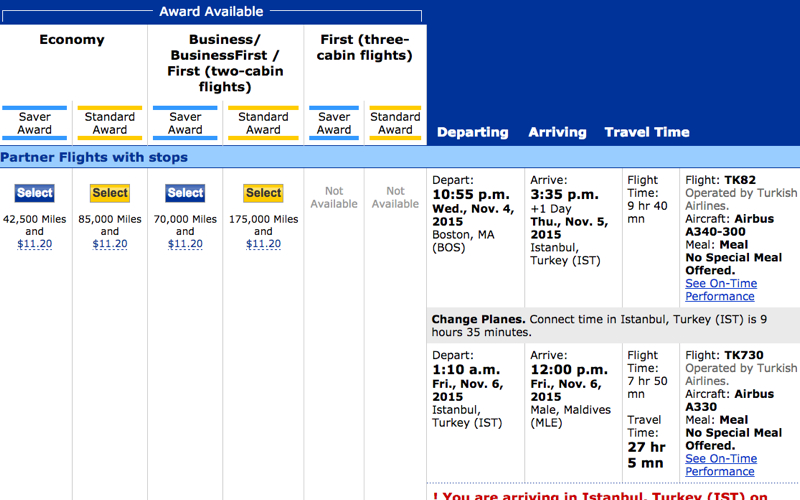 Even if you don't plan to stay in Korea, Asiana Business Class can be a good way to get to South Asia destinations, such as Bangkok.

5. Europe to the Middle East

Or fly SWISS Business Class from Zurich to Dubai, also for 35,000 United miles each way.

Do you plan to book any discounted United Partner Business Class awards?