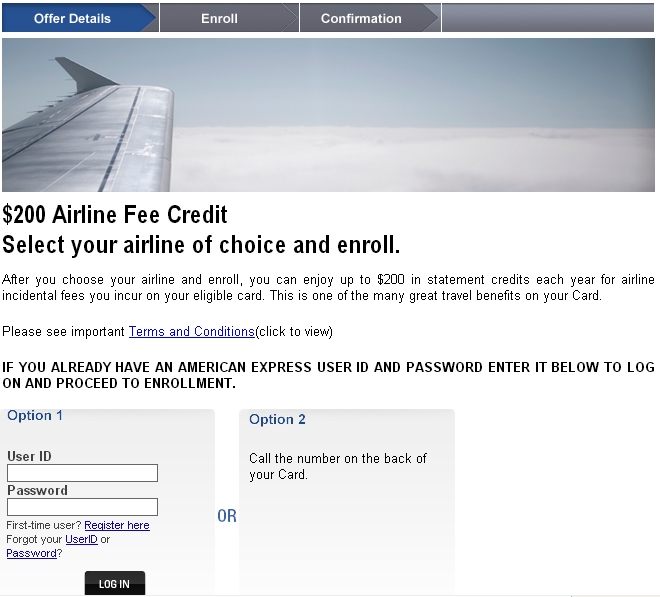 A quick reminder that January 31 is the last day to change your American Express Platinum airline selection for the $200 fee credit. You can make your airline selection here or just call the number on the back of your card.

As I noted in Maximizing the AMEX Platinum Airline Fee Credit, you probably don't want to pick Airtran, Frontier, Hawaiian, JetBlue, Spirit, Southwest or US Airways.

The most viable options are United and American, where many folks have been able to purchase airline gift cards and get them reimbursed. Remember that you can only use one gift card per ticket transaction.

Between United and American, more people seem to have reported success with one $200 gift card from United, but if you plan several ticket purchases it won't matter–you should pick the airline you're actually planning to fly.

But an intriguing third option for Delta is documented in Dan's Deals Forums. No, it's not about gift cards, which would have to be bought at the airport.

Instead, it entails the following:

Now, I personally plan to just go with a United airline credit, which seems easier to me, and we'll use it at some point. But I'm guessing the above will appeal to anyone who has no plans to fly United or American and can't use the gift cards, or simply wants a cash credit.
Whatever you end up doing, make sure to select the airline you intend to use before end of business on January 31!
Which airline did you pick for your AMEX Platinum airline fee credit benefit?
Related Posts
Maximizing the AMEX Platinum Airline Fee Credit
American Express Platinum Card Global Entry Benefit Tips
Which Credit Cards to Keep, Trade, Churn and Apply For
Review of the American Express Platinum Card
How to Get Targeted for 100,000 Credit Card Bonus Offers