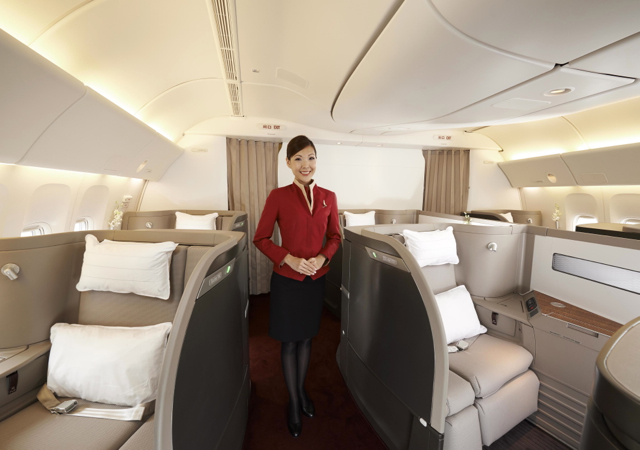 Those of you sitting on several hundred thousand AAdvantage miles may want to start redeeming them, before the award chart devaluation goes into effect, as it's not pretty.

Here are the biggest devaluations, for U.S. based flyers:

It helps to know the regions; basically, all of Asia except for Japan, Korea and Mongolia falls into Asia Region 2. That means Cathay Pacific First Class to Hong Kong, or Cathay awards that connect from Hong Kong onward to China. So on a roundtrip award to Asia, you're looking at paying 85,000 more AAdvantage miles per person for Cathay First Class.

It's incredibly rare to be able to book Qantas First Class nonstop between the U.S. and Australia, so this award increase will affect very few travelers, but it is a huge increase worth pointing out nonetheless. If you were able to find award availability in both directions, this first class roundtrip would cost you 75,000 more AAdvantage miles.

Note that I've ignored the 54% increase for partner first class within the U.S., since due to cabotage laws you can't fly foreign carriers from one U.S. destination to another solely for that flight. For example, Qantas' flight between LAX to NYC is only for passengers who are connecting to or from a flight to Australia.

Here's the current AAdvantage award chart for travel on oneworld and other AAdvantage partners:

And here is the NEW AAdvantage award chart as of March 22, 2016, from the U.S., flying oneworld or AAdvantage partners:

There are also some region definition changes, including Sri Lanka moving from Asia 2 to the Middle East/India, a slightly more expensive region for first class awards:

Is There Any Good News?

As a consolation prize, AAdvantage is introducing MileSAAver awards as low as 7500 miles each way, though I'm not exactly hurrying to fly American Airlines again (see American Airlines: “Preferred” Seat Doesn't Work But No Refund of Fee).