Last July I wrote a post about the 10 Best Premium Cabin Award Redemption Values. It’s amazing how quickly the industry changes, since I think the list could already use an update. This is due to program devaluations, changes in award availability, added fuel surcharges with some carriers, and more. Some of my picks will be repeats, while a majority of them are new, believe it or not.

With that in mind, here are my top picks for 2012, in no particular order:

Since Singapore Airlines adjusted their award chart a week ago, they have started to open up saver award space for travel in their new first class. One route which is operated by the new first class is Houston to Moscow, and at 114,750 KrisFlyer miles for a roundtrip first class ticket, it’s one of the best values. It’s worth noting that there are taxes and fuel surcharges of roughly $400, though in the grand scheme of things I’d say it’s still an excellent value given how unattainable Singapore Airlines first class previously was. Singapore Airlines KrisFlyer is transfer partners with both American Express Membership Rewards and Starwood Preferred Guest, so it’s fairly easy to rack up KrisFlyer miles.

One of the upsides of British Airways’ recent “Avios” rebranding and devaluation is that since the award chart is now distance based, shorter distance awards are a comparatively better deal. While the cost of a business class award ticket between New York and Bali doubled, the cost of a business class award ticket between Miami and Lima went from 80,000 miles to 50,000 miles, so is now quite a good deal. Taxes total under $100 for the roundtrip ticket. LAN has a fully flat business class product, so can’t be beat for the quick flight. From Lima you can make easy connections to Machu Picchu for an additional 4,500 Avios each way.

While the taxes and fuel surcharges are (very) high, at roughly $800, this award has become a better value recently since British Airways switched to the distance based award chart. 80,000 Avios for business class from the East Coast to London is a great deal given British Airways’ fully flat business class product. The deal gets even better if you have a companion certificate from the British Airways Visa card, which you earn for spending $30,000 on it per year. Do keep in mind that you’ll need to pay taxes and fees for the companion ticket as well, though. 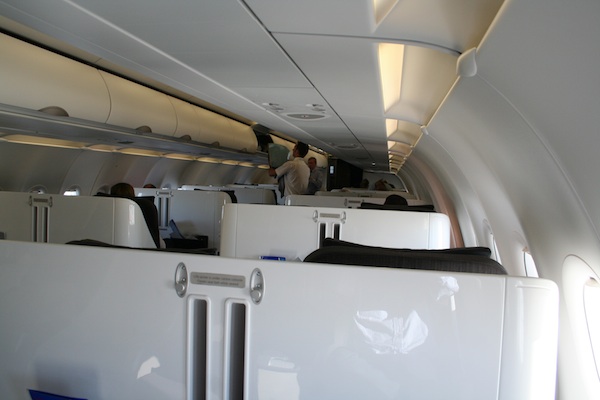 One of my favorite tag flights has to be Cathay Pacific’s flight between New York and Vancouver, which is the connection of their flight to Hong Kong. Given the extent to which British Airways Avios points have been devalued, this comparatively becomes an even better value. For just 50,000 miles roundtrip plus about $150 in taxes and fuel surcharges you can fly Cathay Pacific’s fully flat bed business class product between New York and Vancouver.

Similar to the option between Houston and Moscow, this is another award redemption that has become a great value since Singapore started opening up saver award space in their new first class. Given the novelty to most of flying Singapore Airlines first class, I’d say 140,250 KrisFlyer miles plus roughly $350 in taxes and fuel surcharges is a pretty spectacular value. As of yet Singapore hasn’t opened up first class award space to their partner airlines, though only time will tell if they do.

6. 135,000 American miles for Cathay Pacific first class between the US and Asia

While it’s a deal that has been around for years and isn’t really “secret,” Cathay Pacific not only has one of the best first class products, but also releases plenty of award space for travel between the US and Asia. I’m sure this award will eventually go up in cost from its current 135K AA miles plus roughly $50 in taxes, but there’s hardly an award I like more than flying from New York to Singapore or Bali via Hong Kong. 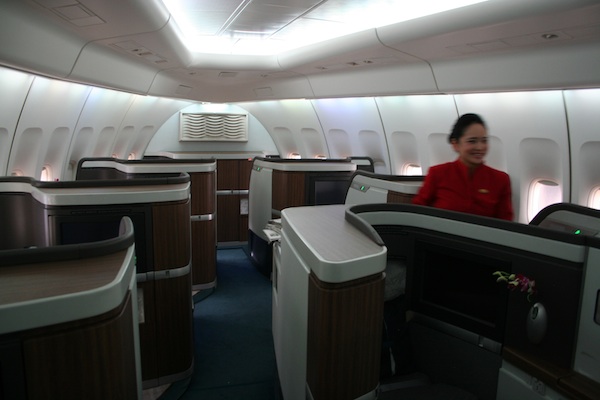 US Airways has among the lowest redemption costs for travel to Australia and New Zealand, and in most cases they’ll let you route via Asia to get there. The funny thing is that business class to South Asia would cost 120,000 miles, so you can actually save 10,000 miles by connecting there and continuing to Australia or New Zealand. Taxes and fees for this award run around $100.

While Delta would charge 150,000 miles for the same award, Korean Air charges only 90,000 miles for business class between Los Angeles and Papeete on Air France. American’s partner Air Tahiti Nui flies the same route, though they charge 125,000 miles roundtrip. So Korean Air’s 90K miles plus roughly $300-400 in taxes and fuel surcharges is by far the best value between those two cities.

Award space can be very tough to come by, so there’s something to be said for booking through Delta, since they partner with both Air France and Air Tahiti Nui, and therefore have access to the most space. That being said, they are almost double the cost, so always start with Korean Air SkyPass, which partners with Chase Ultimate Rewards. Also see Should You Use Chase Ultimate Rewards Points to Book Korean Air Skypass Awards

If you have the Sapphire Preferred or Ink Bold, you can transfer Ultimate Rewards points 1:1 to Korean Air SkyPass:

9. 90,000 American miles for Qantas A380 first class between Asia and Australia

Note that taxes and fees will around $100. 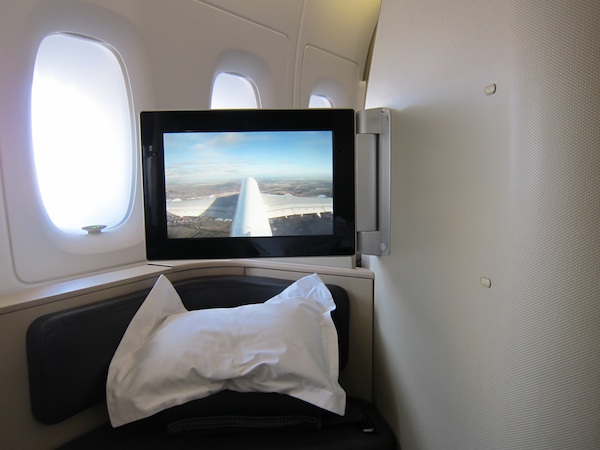 Note that taxes and fees will run around $100.

Note that taxes and fees will run around $100.

It’s worth noting that it’s tougher than ever before to find first class Star Alliance award space on Lufthansa and Swiss (see How to Deal with No More Lufthansa Advance First Class Availability), so nowadays this is most practical when planning close to departure, as Lufthansa tends to open up award space no more than three weeks out.

Taxes and fees vary based on which airline you fly, though range from $50 if flying US Airways or TAM (as they don’t impose fuel surcharges) to $400 if flying United.

13. 140,000 Alaska Airlines miles for Cathay Pacific first class from the US to South Africa

Taxes and fees will run around $100 for the roundtrip ticket.

It’s worth noting that Cathay Pacific is now only seasonally flying between Hong Kong and Johannesburg in an aircraft that features first class, so if you’re planning on making this redemption be sure that you plan accordingly. As of now they’re going to have a 747 featuring first class operating the route starting September 30, 2012, through the end of the schedule. Also see Maximizing Alaska Airlines Mileage Plan Awards

SkyMiles are known to be one of the most devalued mileage currencies, though they do have some partners that make the program a bit better. One of those partners is Jet Airways, India’s best airline, which features fully flat beds in business class and also serves Dom, which is the only airline I know of that does so in business class. If you can find award space for business class from New York to India via their Brussels hub for 120,000 miles roundtrip, I’d say that’s a pretty spectacular value. Taxes and fees will only run around $100 or so.

15. 150,000 Delta SkyMiles for V Australia business class from the US to Australia

See my prior post, The 10 Best Premium Cabin Award Redemptions.

The fuel surcharges keep going up on these awards, and taxes and fees are now about $600, though it’s still one of the few options that regularly has business class award space nonstop between the US and Australia. 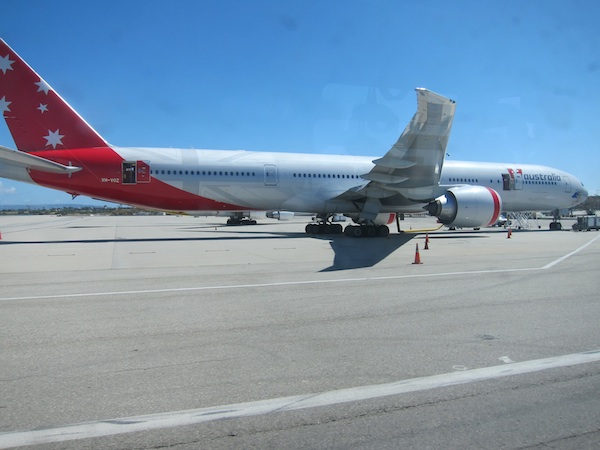 Those are my top 15 picks for this year. Do you have any favorites I left off the list? Let me know in the comments section!

Earn 1 Million Miles and Points a Year Without Flying