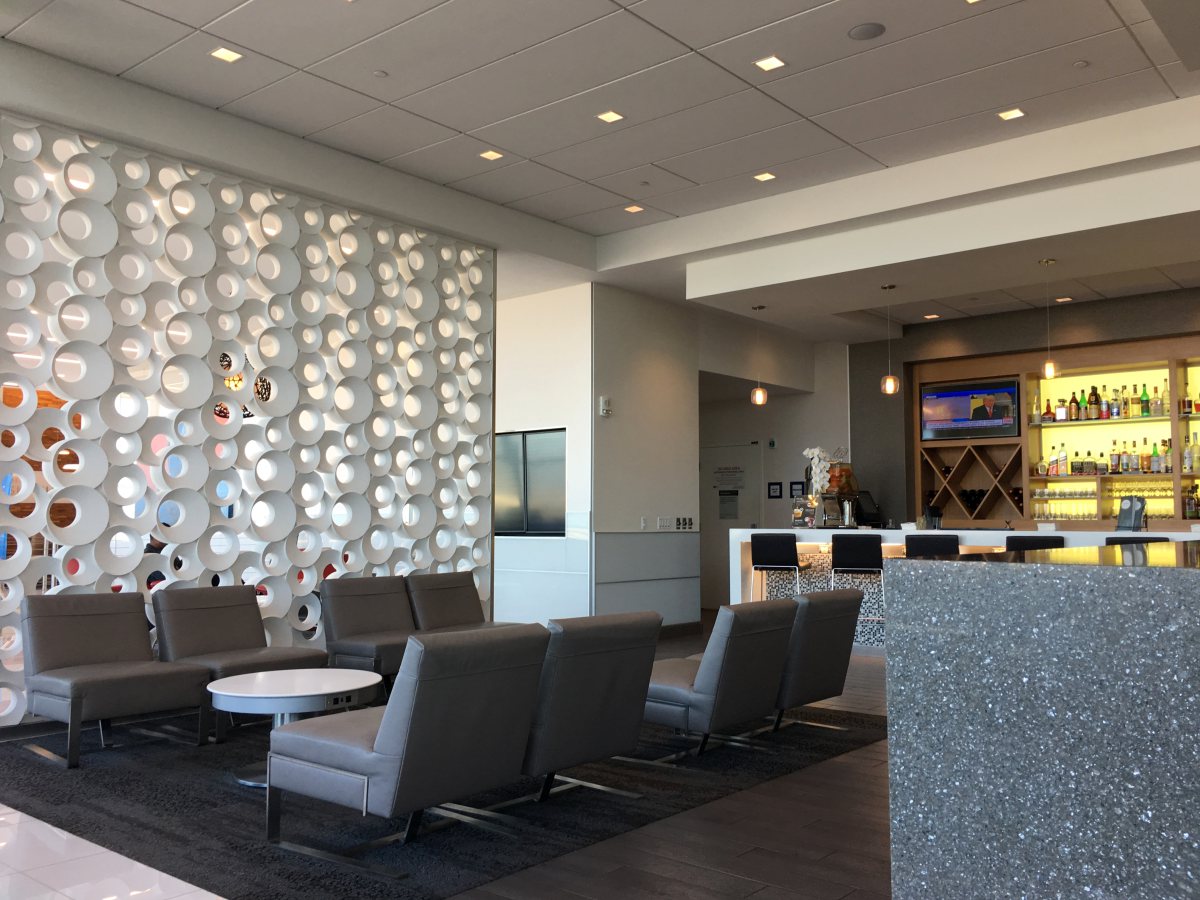 The Delta Sky Club at San Francisco is located in Terminal 1, Concourse C, near Gate 41. While the entrance is on the same concourse level as the gates, you take the elevator up to the lounge itself. The lounge is open daily from 5am to 12am.

These passengers have access to the Delta Sky Club:

At time of writing, for those eligible to pay for guests, the cost is $29 per paid guest. A day pass costs $59. 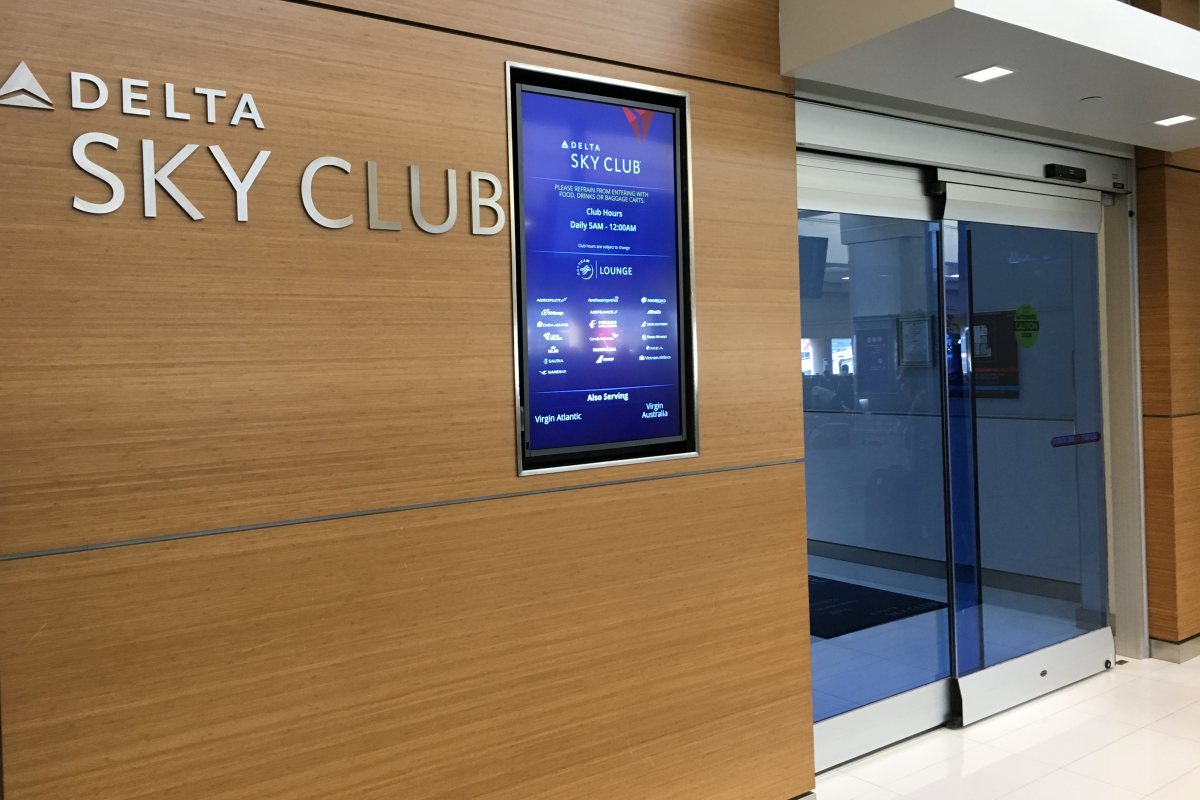 After providing my AMEX Platinum card and Delta boarding pass (I'd just gotten off a Delta flight, and that is fine; all you need is a same day boarding pass, you can visit the lounge after the flight), I took the elevator upstairs. At the time I entered, there was no one staffing reception, but there was a great view of the tarmac. 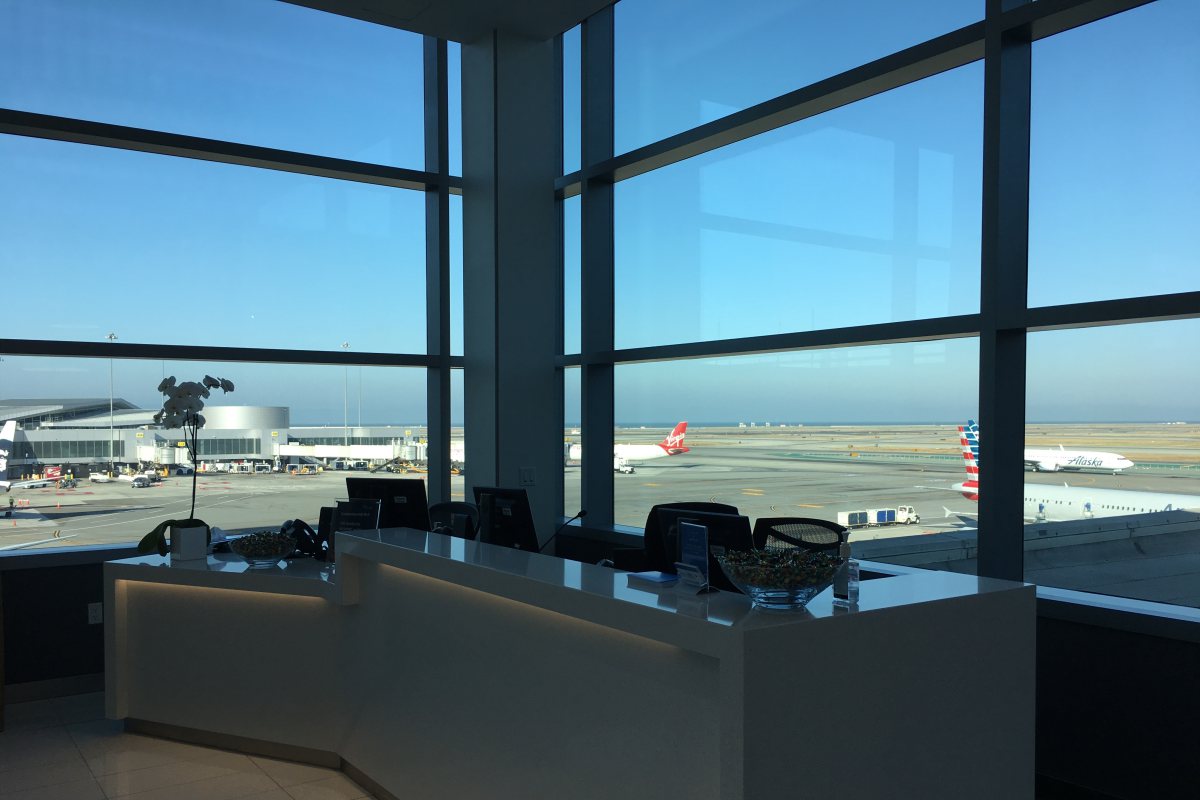 The lounge itself is large, with plenty of seating. There are some high backed chairs that offer more privacy, by the windows, and also regular arm chairs at the other end of the room. I liked the high ceilings and modern design, but most of all I loved that the lounge wasn't super crowded, the way AMEX Centurion Lounges are. 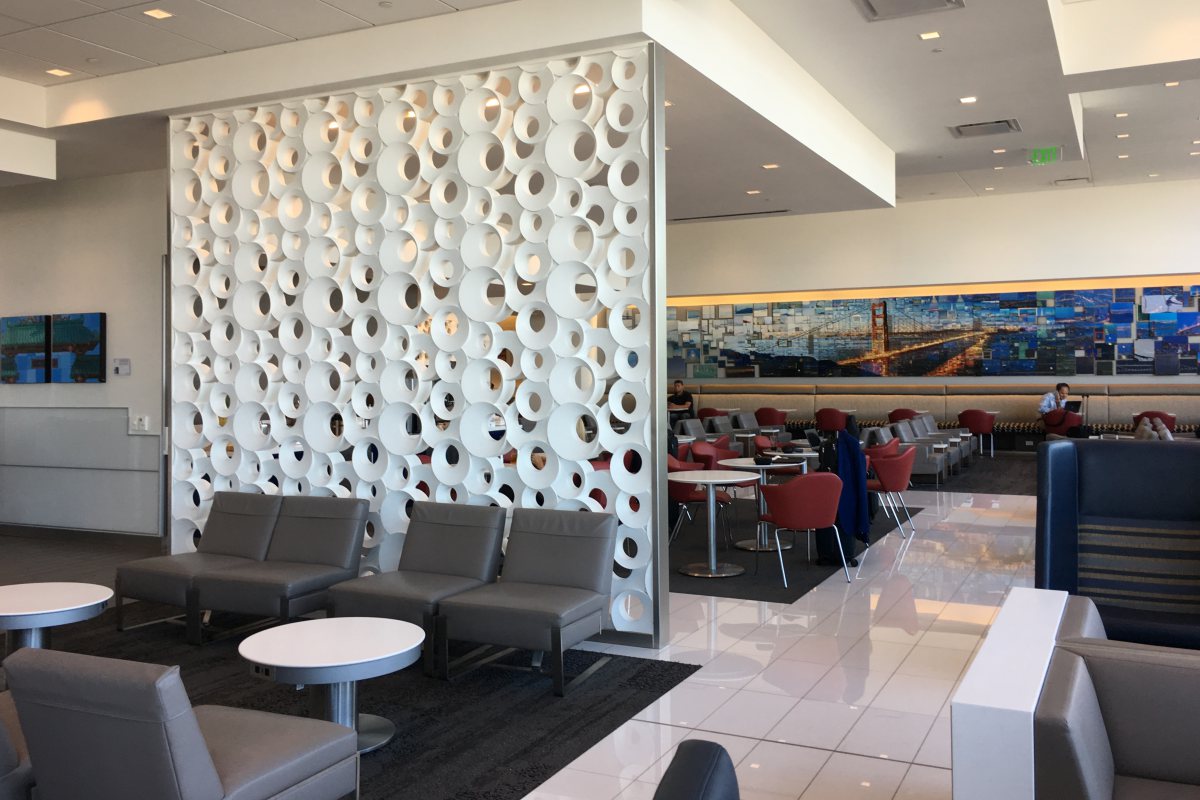 WiFi was quite fast, and I got some work done. There was a work space type area.

Personally though, I preferred the areas with natural light and views of the tarmac. Best of all was that there were power outlets thoughtfully built into tables and chairs, so there wasn't the hunt for power outlets before deciding where to sit, as there often is in lounges. 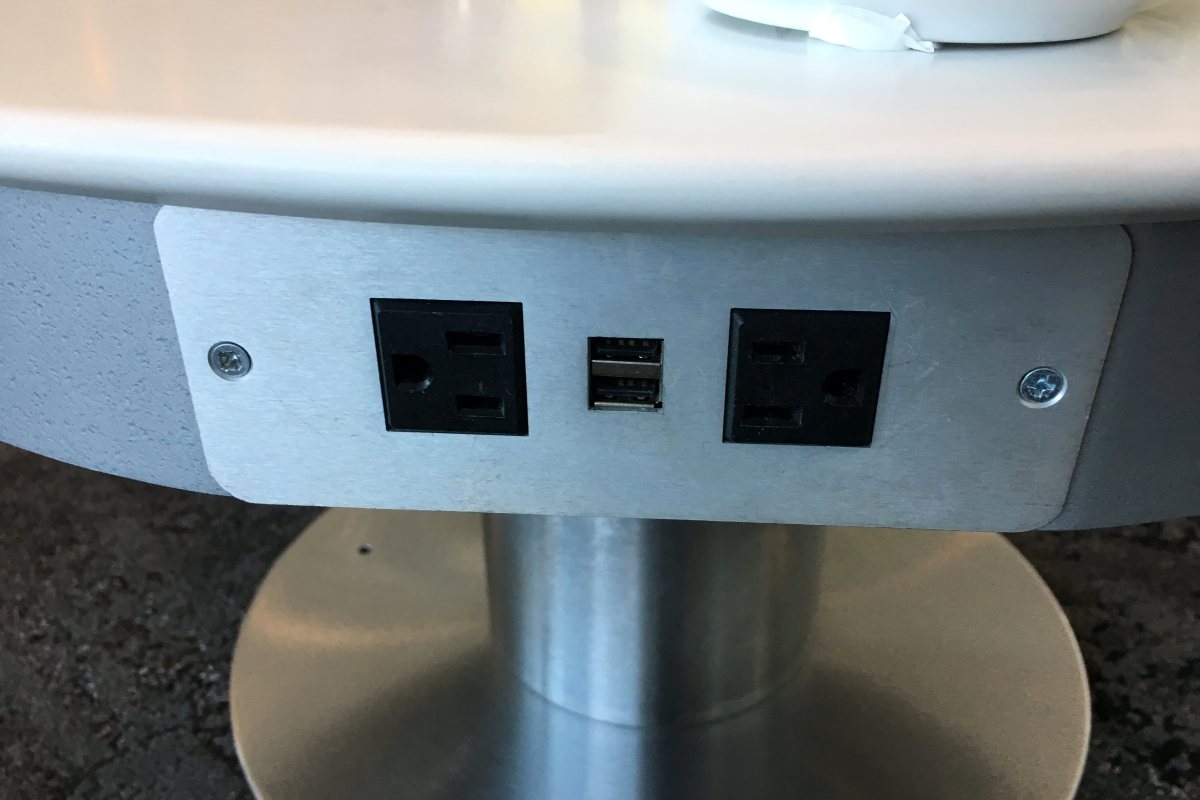 The shower room itself is very similar to the one at the Delta Sky Club Seattle, with red decor, Malin & Goetz bath products, and Westin Heavenly Towels. 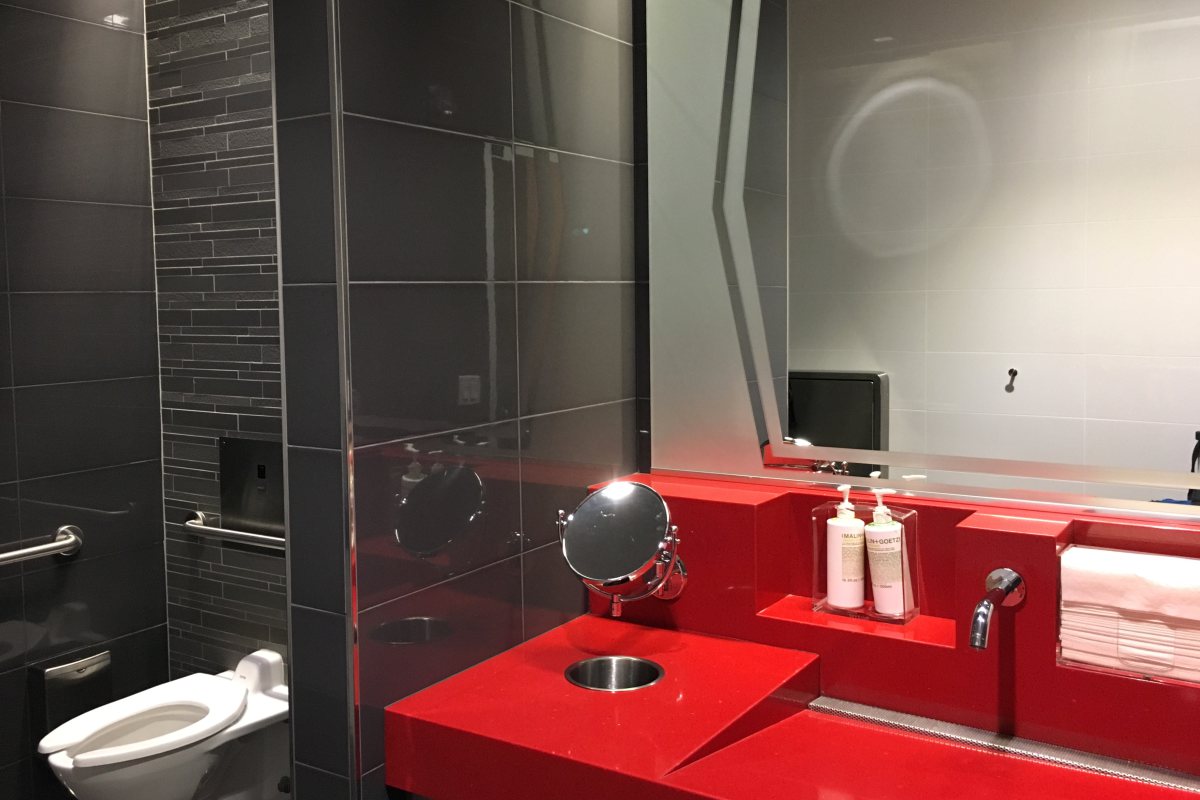 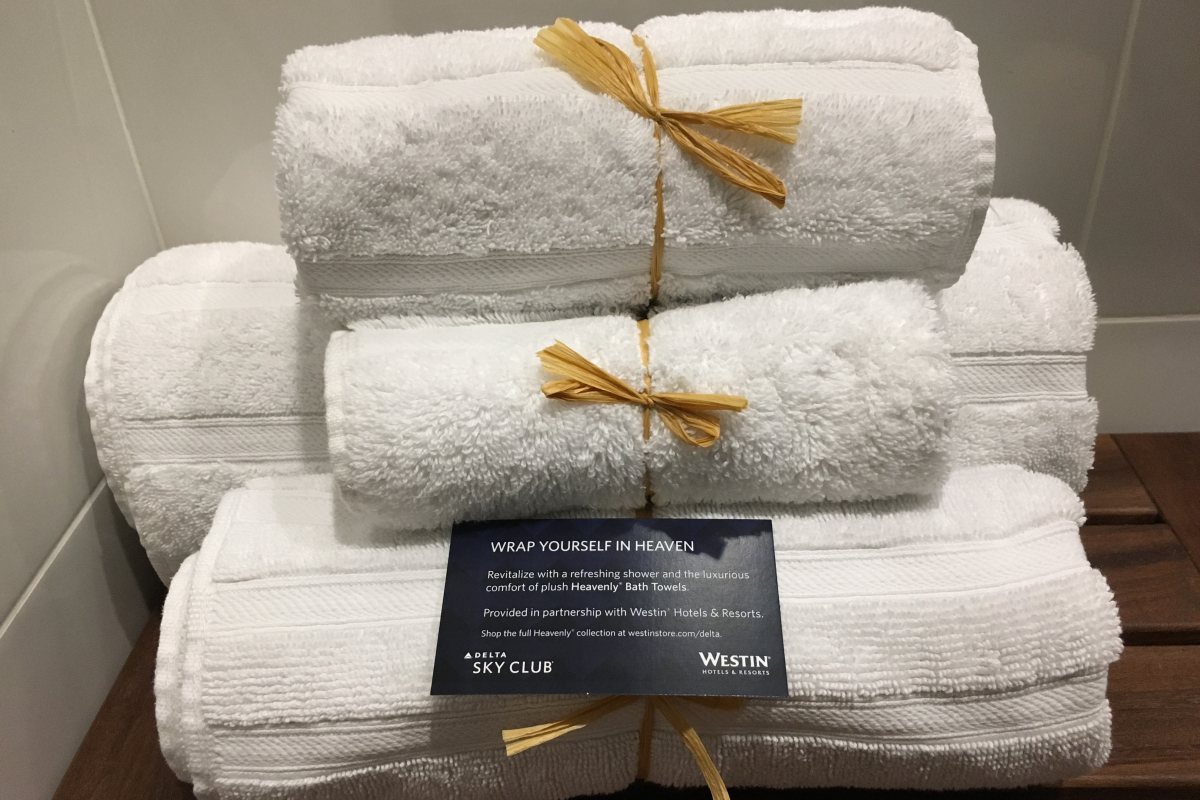 The food buffet here wasn't as good as at the Delta Sky Club Seattle, but it was still much better than you'll find (at least in terms of complimentary food) at other domestic airline lounges, such as United Clubs and American Admirals Clubs. As at the other Delta Sky Clubs I've visited, there were good, fresh salad options and crudites: 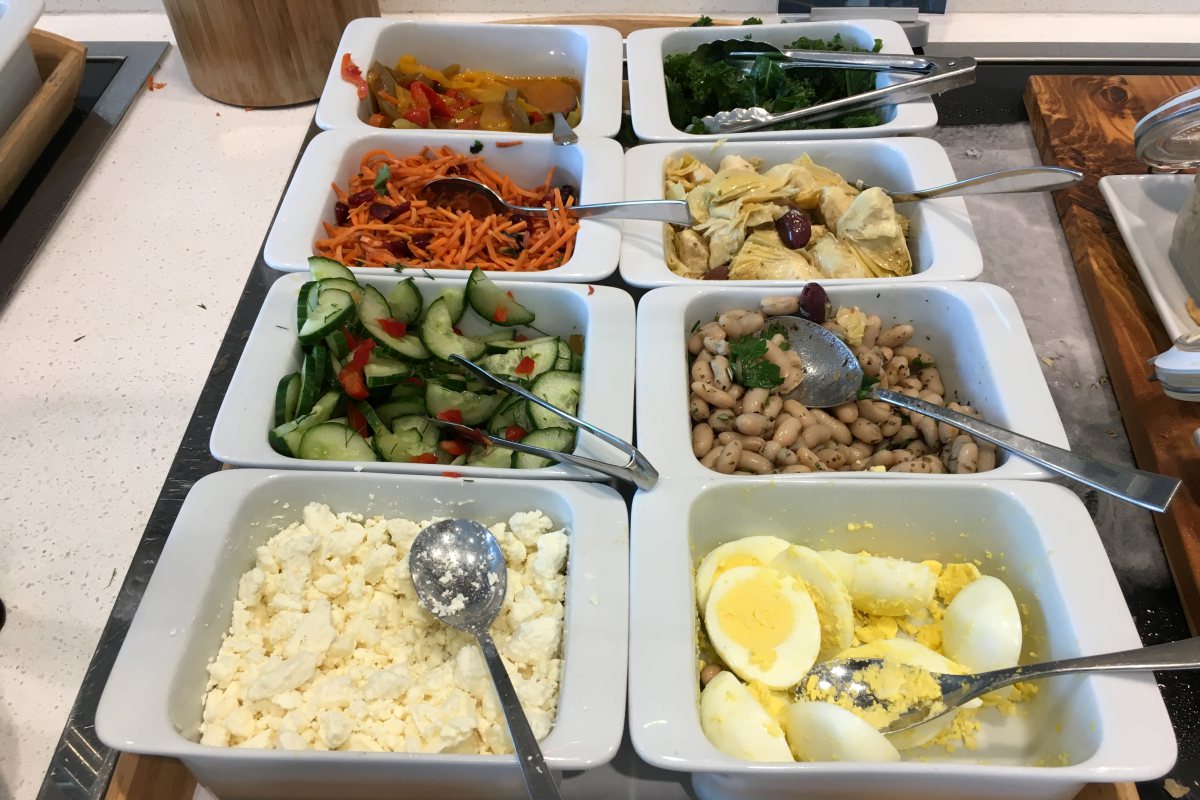 There were also a couple of types of hot soup, and the chowder was ok, although not as good as in Seattle. 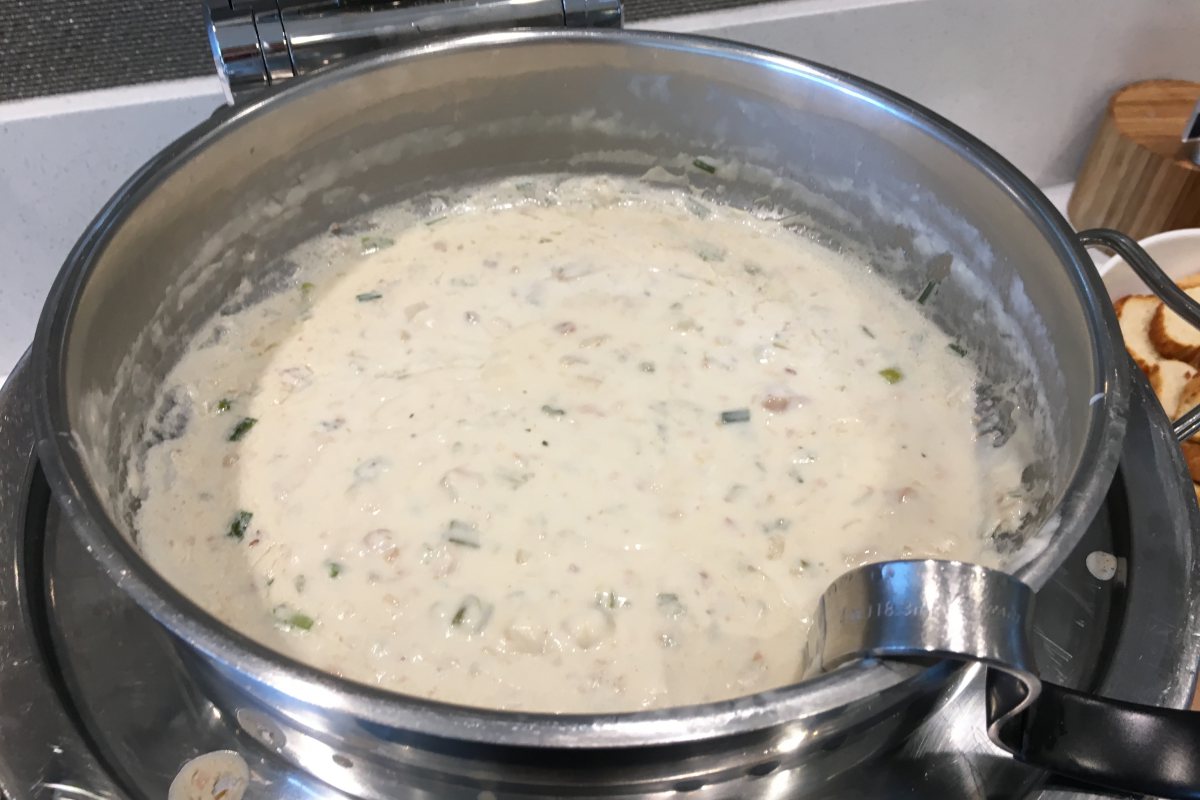 Bread rolls, crackers, cheese and hummus were also on offer: 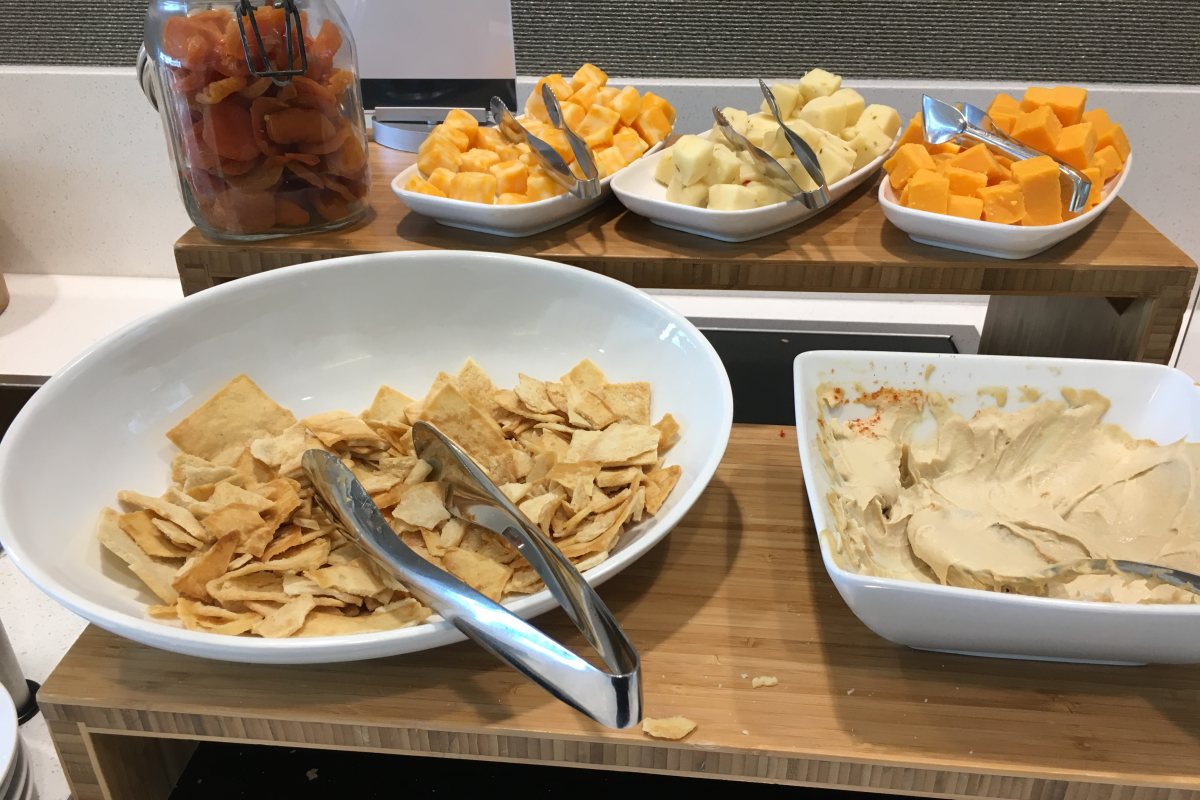 And hot dishes included a chicken and rice pilaf and a vegetarian pearl couscous dish: 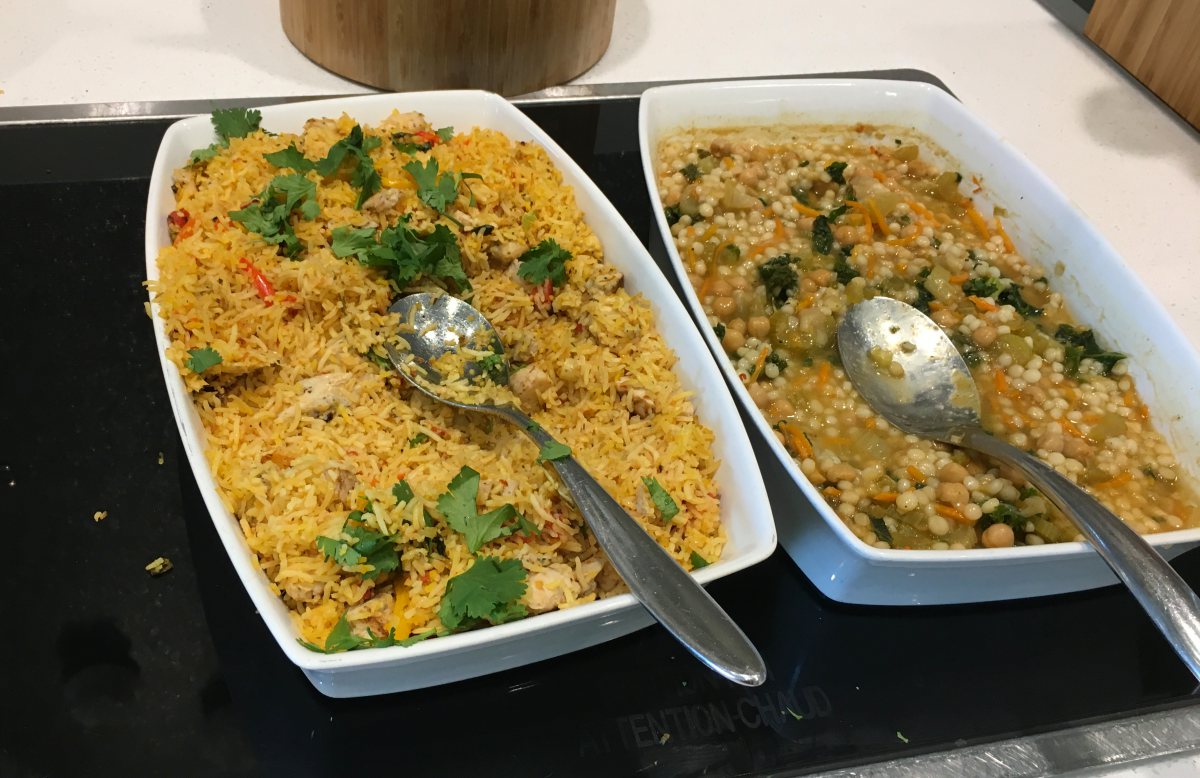 There are several complimentary wines on offer at the bar, and I had a passable Sauvignon Blanc. 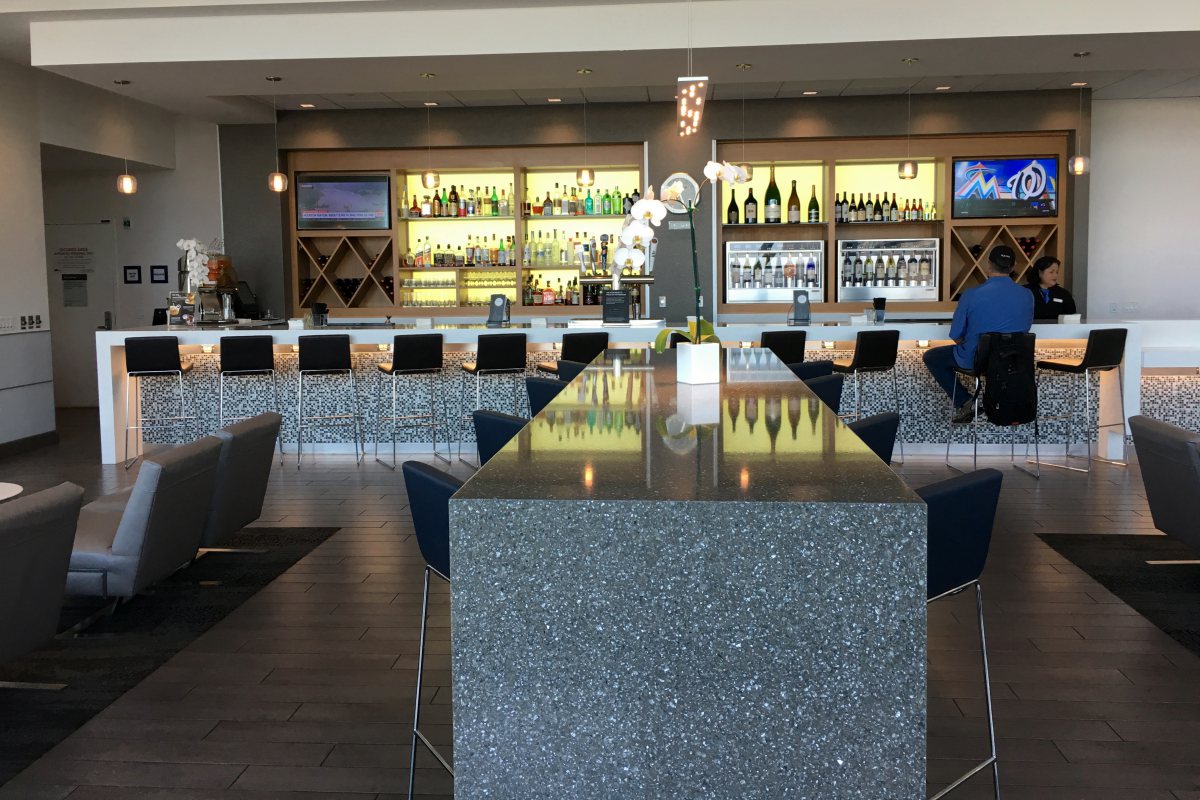 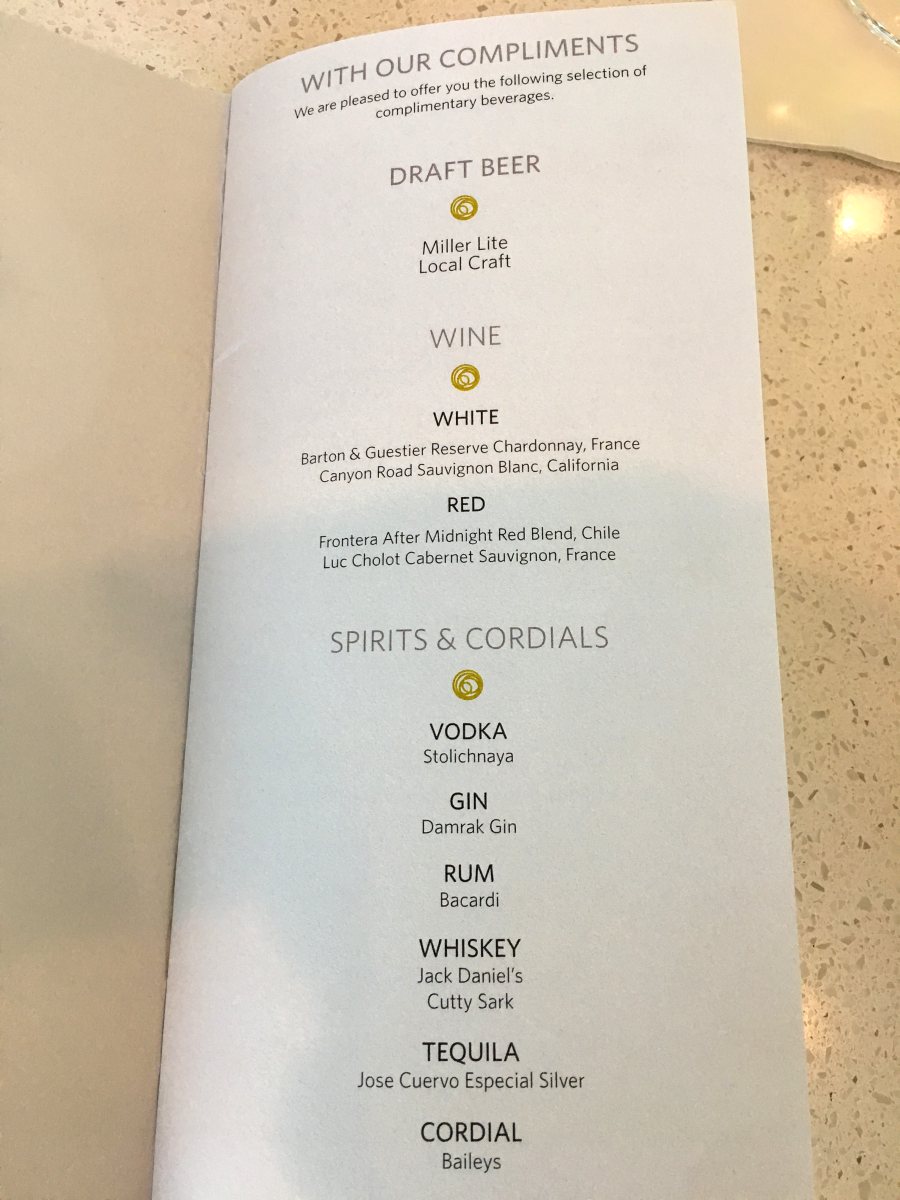 While I certainly am not anxious to start flying more domestically on any U.S. airline, including Delta, I'm starting to understand why some flyers are more loyal to Delta than I'd have ever thought justified, given the horrible value of Delta SkyMiles. Delta Sky Clubs are easily the best U.S. airline lounge I've been in, and as I mentioned above, I'd prefer them to AMEX Centurion lounges if I could get into them without flying Delta and if I could bring my family in complimentary (which I can't, given my access is via the AMEX Platinum).

If you've been to the Delta Sky Club at San Francisco SFO, what was your experience?

Flying Delta? “We're Gonna Be in a Viral Clip!”