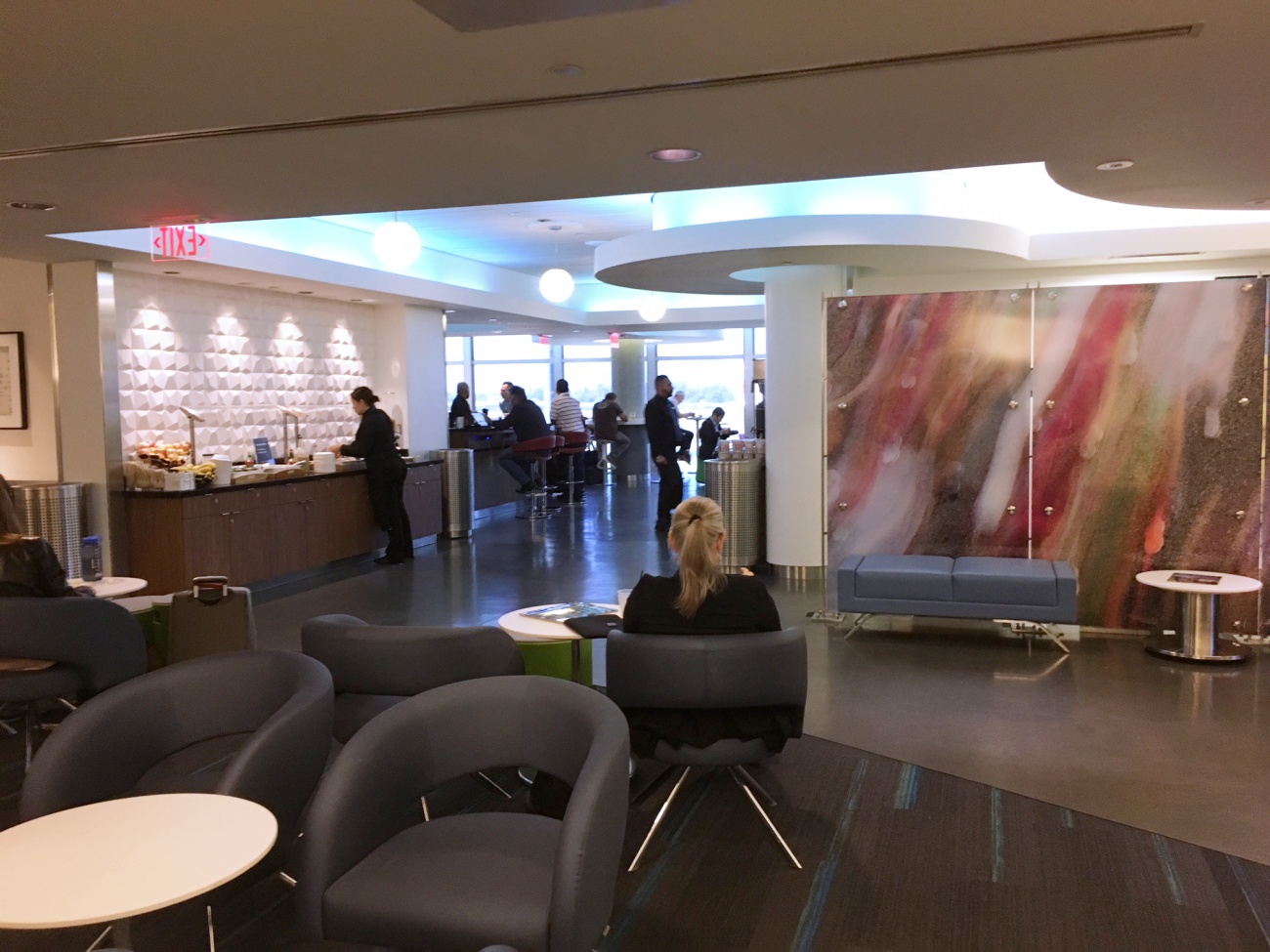 Delta has two Sky Clubs at LAX, in T2 and T3. This review is for the smaller one at T3. I was very impressed with the new Delta Sky Club Seattle earlier this year, so I was curious what this Sky Club at T3 would be like, even though I only had a little time before my short flight from LAX to SFO. 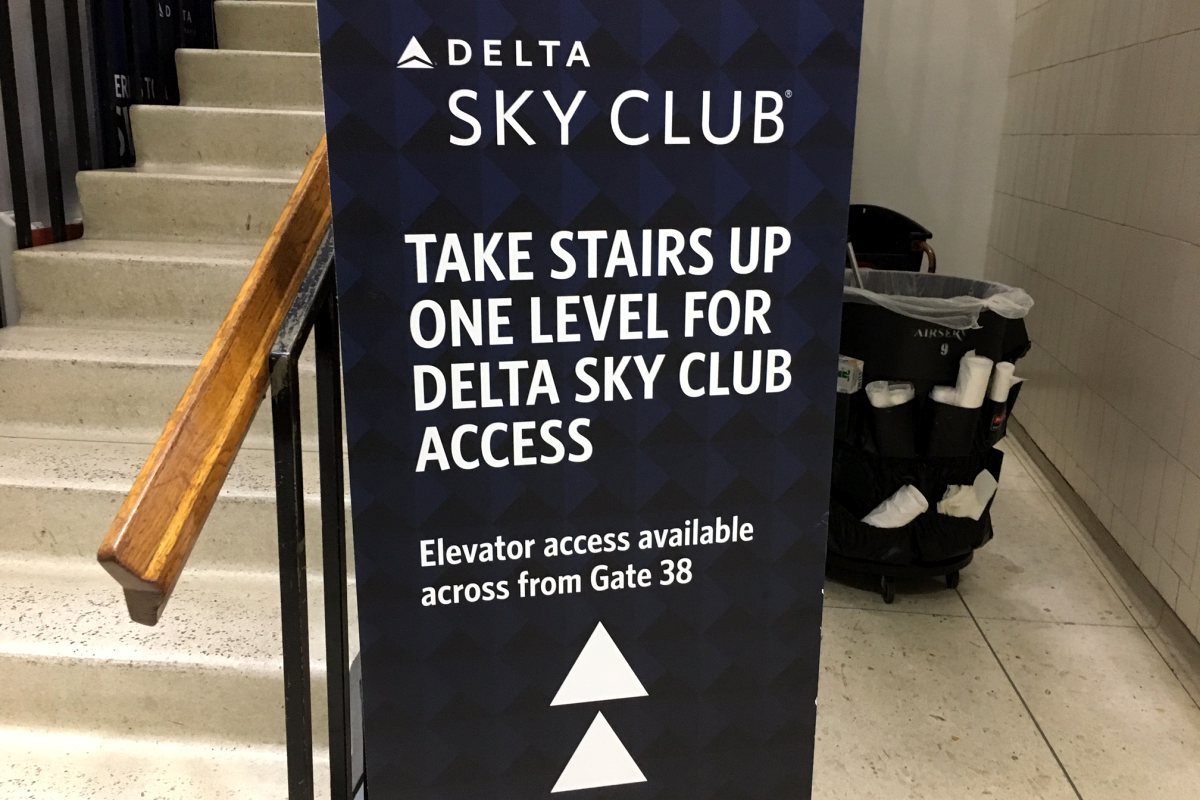 The Delta Sky Club at LAX Terminal 3 is located on the mezzanine level airside, after security, and I was surprised to see the sign to it by stairs. Fortunately, as the sign indicates, there's also an elevator to it across from Gate 38, for those with heavier carry-ons or with strollers or wheelchairs. The lounge has long hours and is open daily from 4:30am to 1am.

Here's who has access. As always, you'll need to show your boarding pass and the relevant membership card or valid credit card:

At time of writing, for those eligible to pay for guests, the cost is $29 per paid guest. A day pass costs $59. 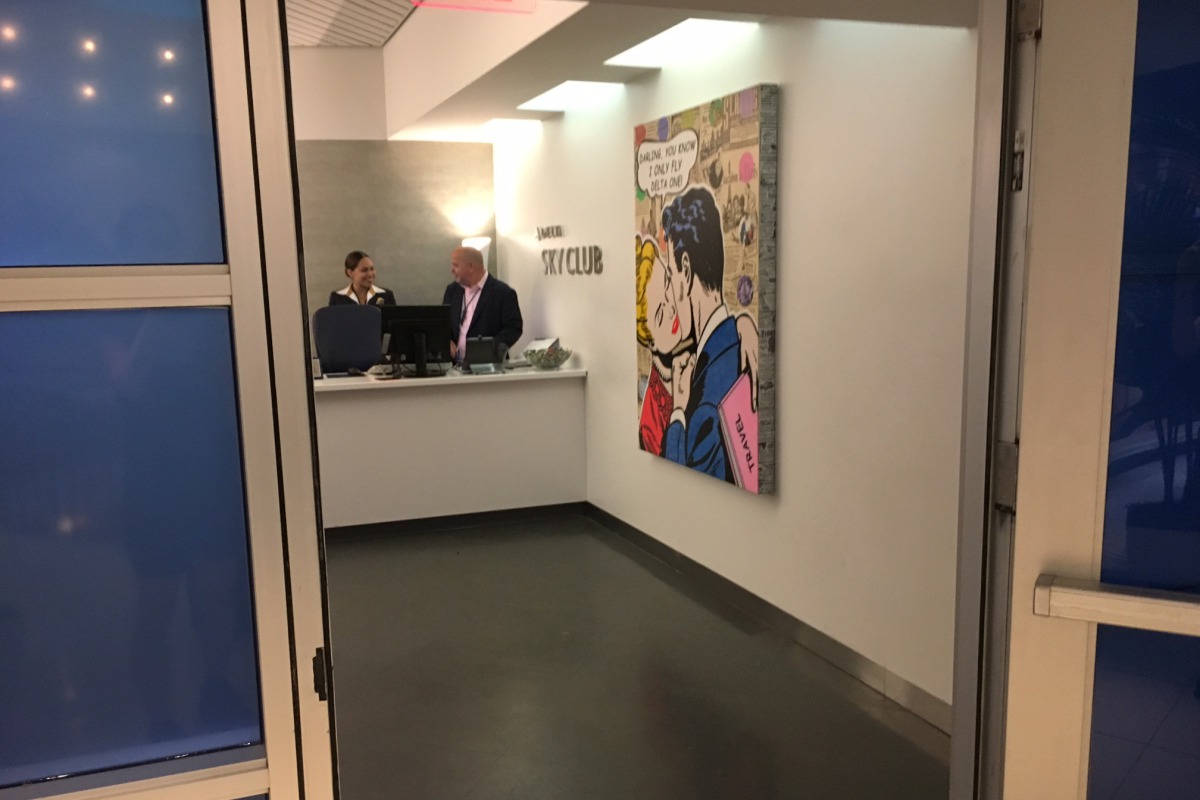 Once I'd presented my AMEX Business Platinum and boarding pass, I was waved into the lounge, which was quite crowded during my early afternoon visit; this also limited my picture taking. 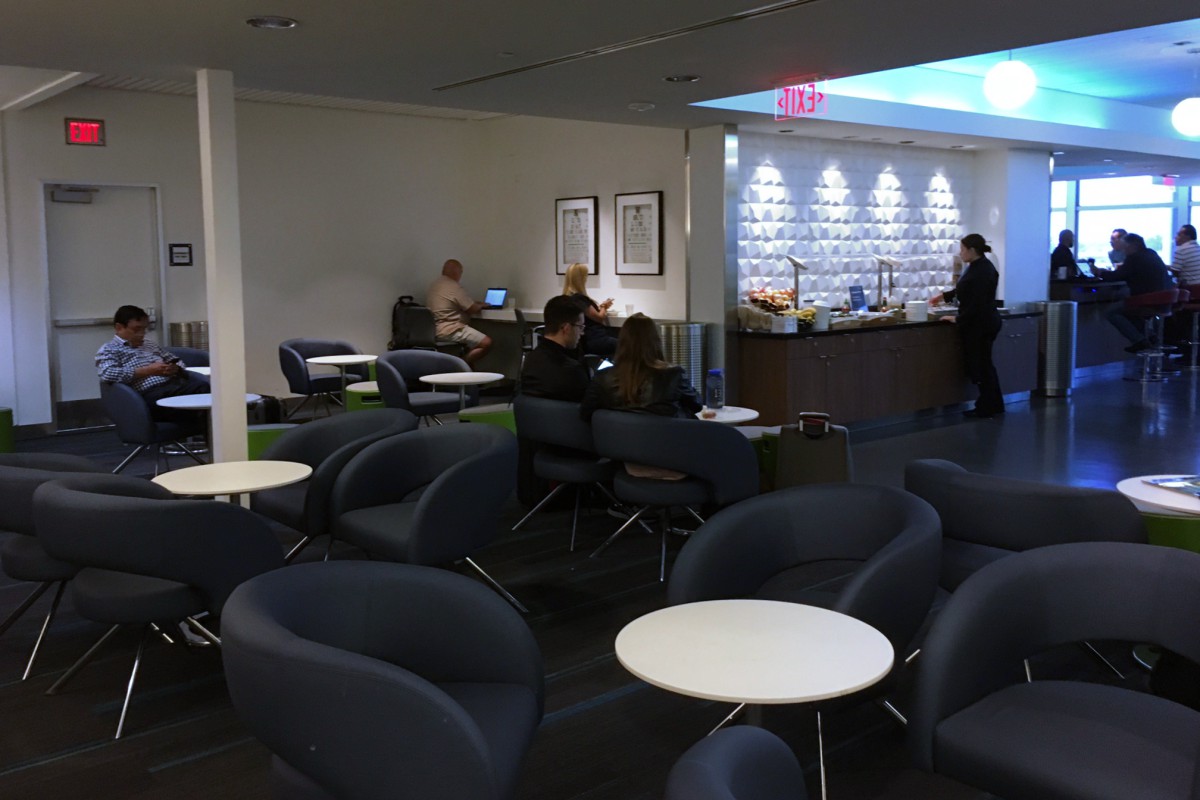 There were quite a few armchairs although I didn't find them that comfortable, given how low the seat back was, plus I needed a couple of power outlets to recharge my laptop and phone.

I ended up perched on a stool at a work area that had some power outlets. Nearby, another guest tried to nap in one of these chairs, which, while slightly more private than the other armchairs, was definitely a far cry from a day bed and looked to be more form over function: 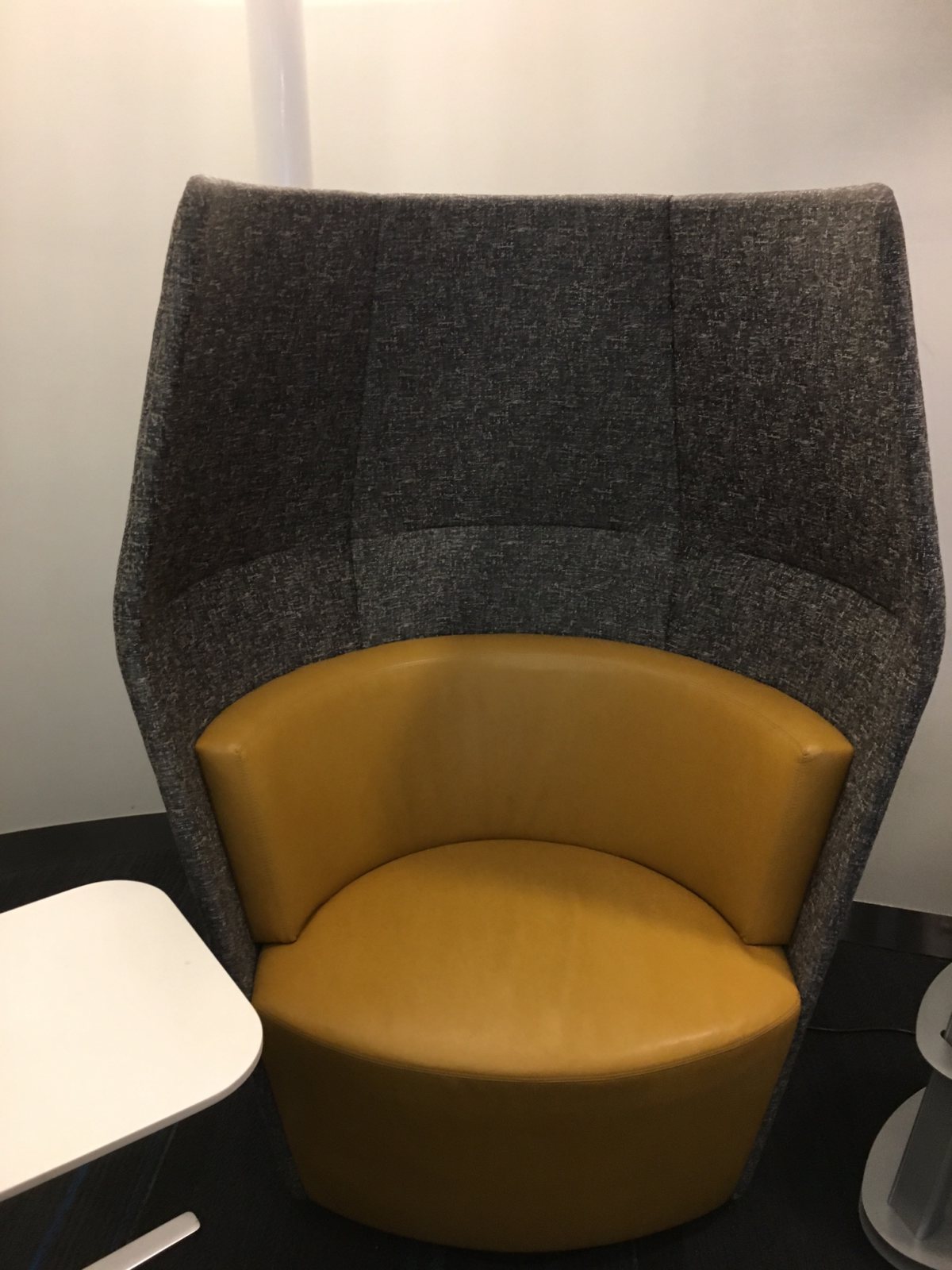 Here's a quick video of the lounge:

What impressed me most about this smaller Delta Sky Club LAX T3 was the food. Sure, it didn't have the hot options that the much larger and newer Delta Sky Club in Seattle, and the one in San Francisco (which I'll review in a future post) had, but for its size, the food was a good cut above what you see in other domestic airline lounges such as United Clubs and Admirals Clubs.

There was a salad bar that I actually liked better than the ones at AMEX Centurion Lounges, as it included a Penne Pasta with Spinach, Couscous with Green Olives and Mint, and toppings such as Moroccan Carrot Salad. 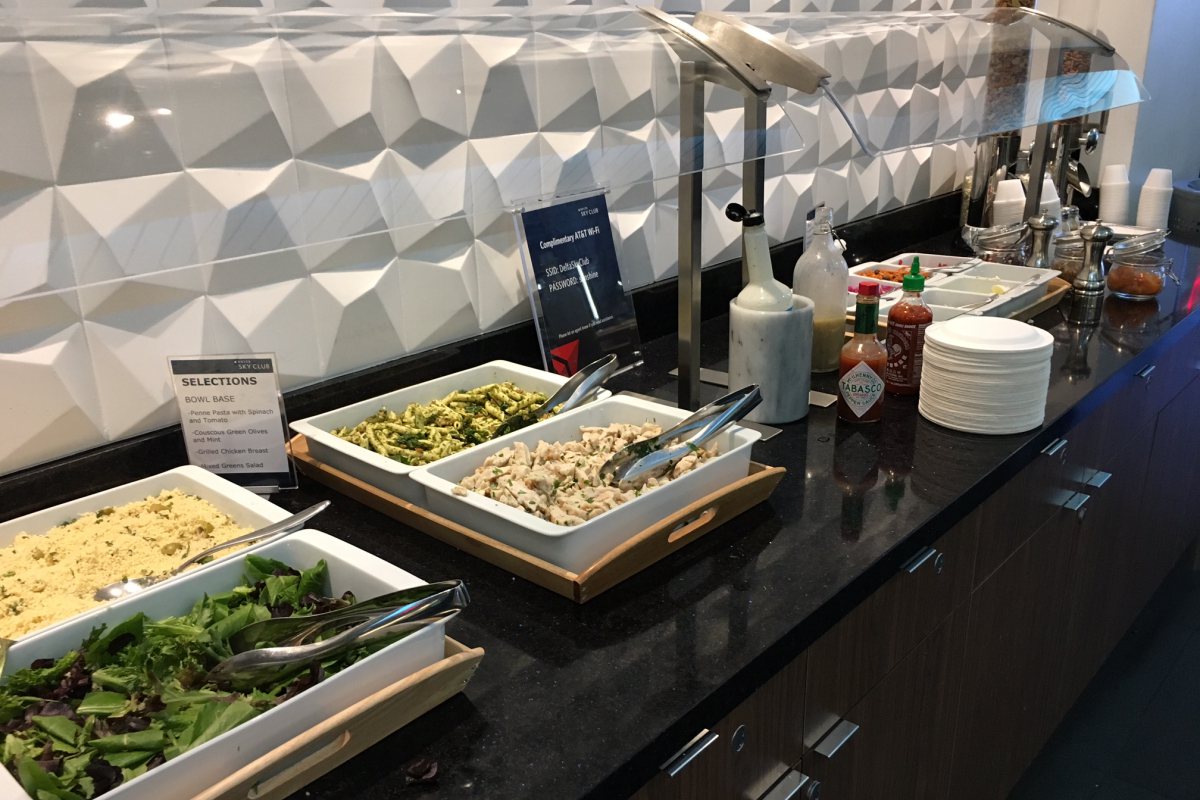 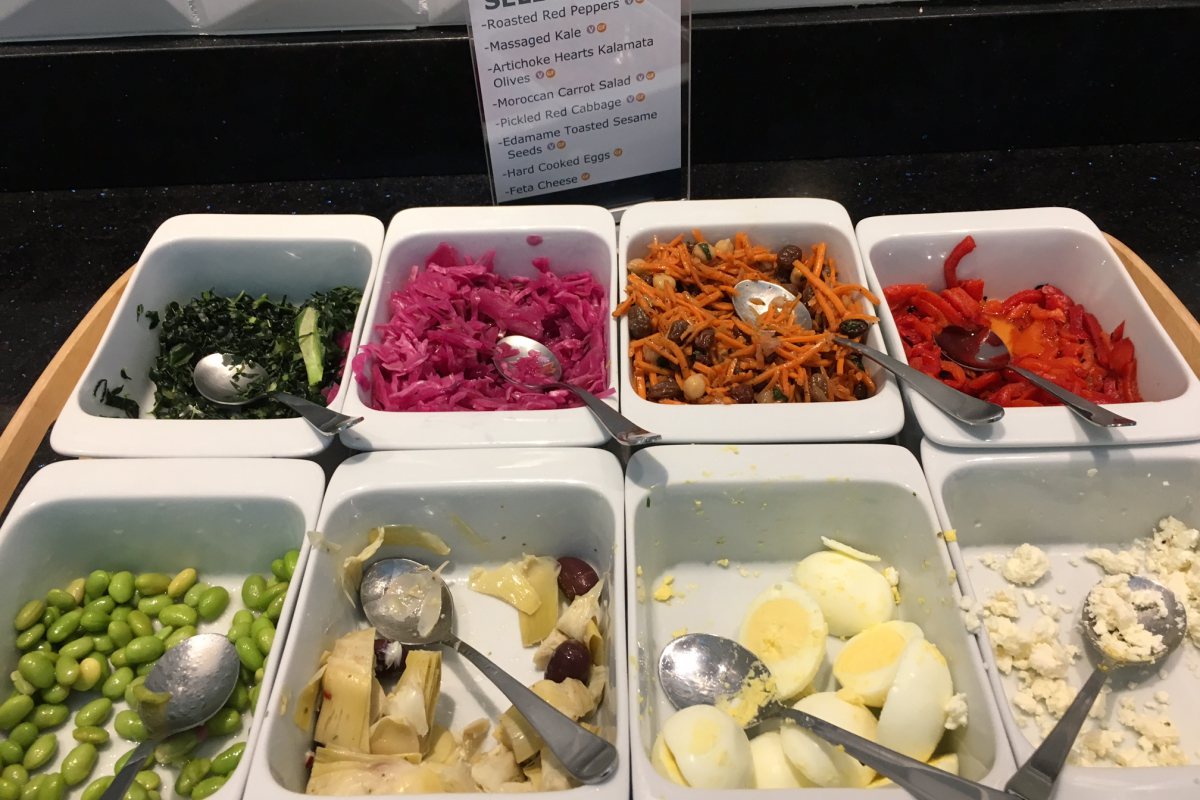 A chilled case included other vegetable options, such as Zesty chickpeas and crudites, along with one of my favorite snacks–yogurt. Sure, I wish the yogurt was Noosa or Wallaby instead of Chobani, but certainly better than most domestic lounges, which don't have any yogurt, or no yogurt in the afternoon/evening. 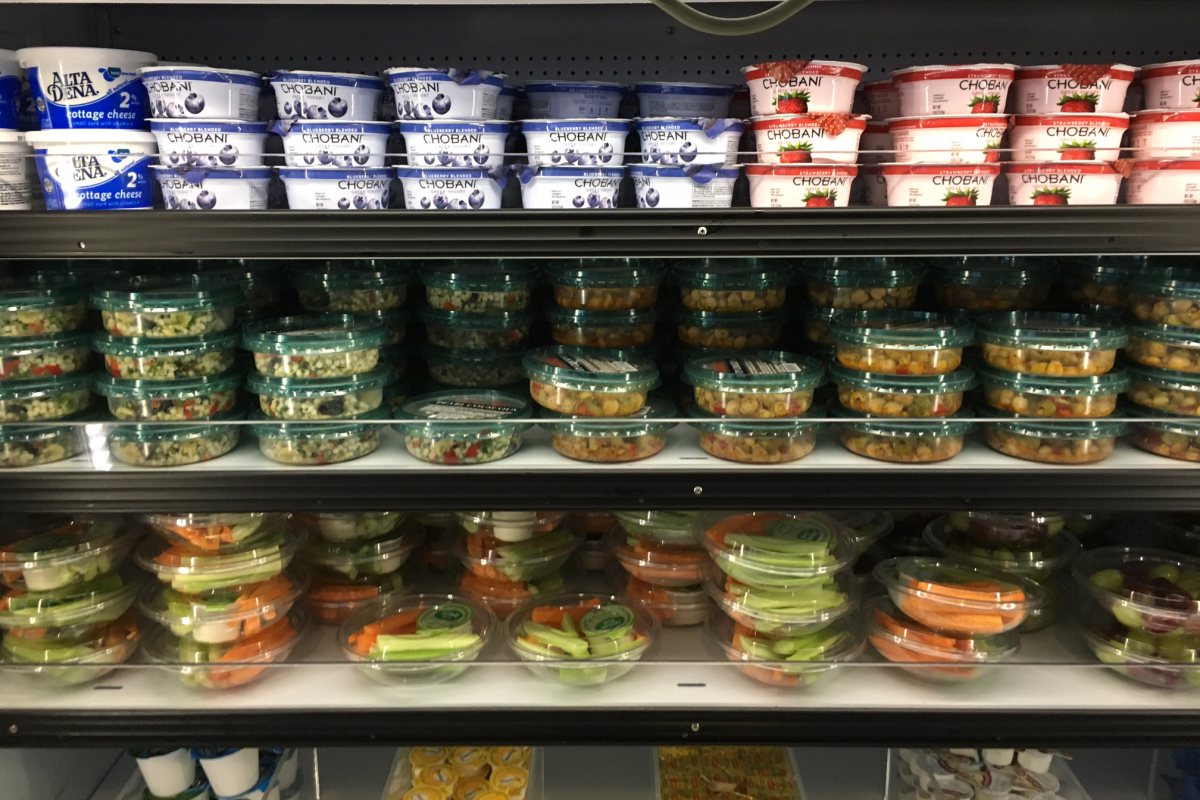 There isn't a hot buffet, but a friendly staff member came around with small cups of tortilla soup, which I really appreciated, as I was busy working. 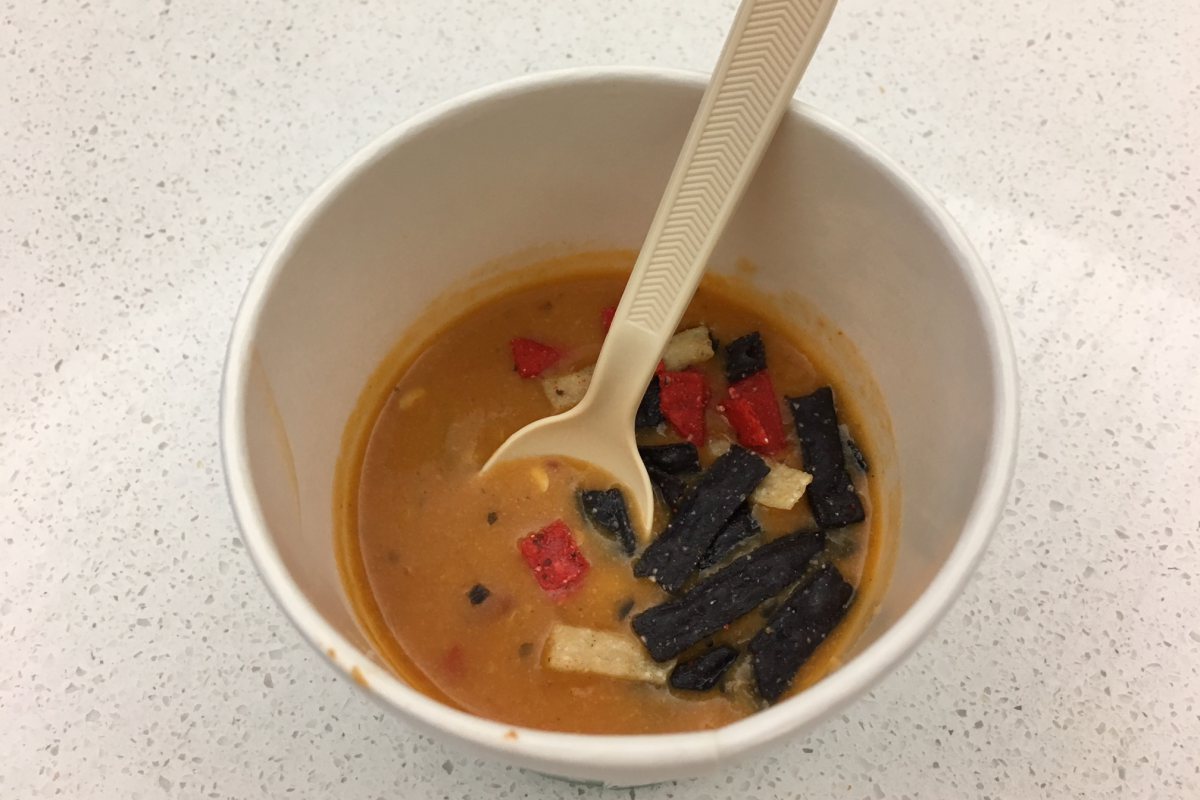 Taking into account that the Delta Sky Club at LAX T3 is the only lounge in the terminal, it's a decent lounge, even if it can't be compared to larger and newer Delta Sky Clubs. What I wish for most is more comfortable and ergonomic seating, but the food options are very good for a lounge of this size.

A poster outside the lounge indicats that improvements are coming to the lounge in 2018, so with any luck that will include some improved seating and more power outlets.

Flying Delta? “We're Gonna Be in a Viral Clip!”