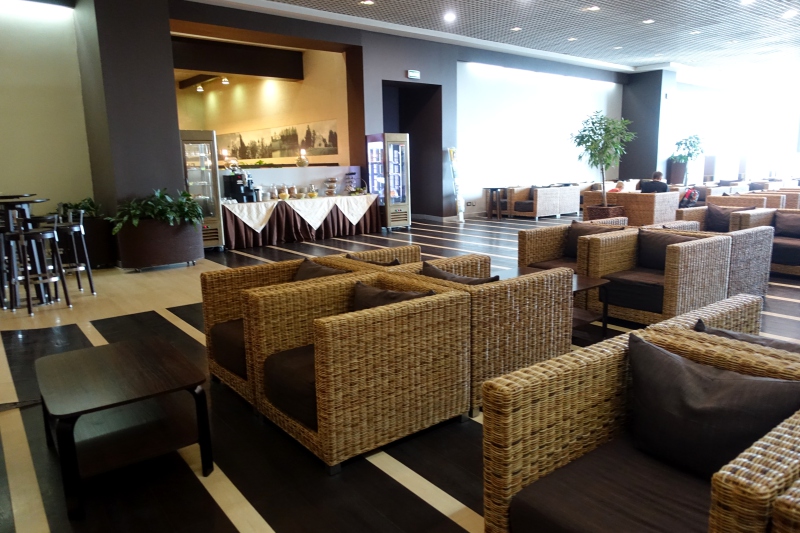 This Domodedovo Airport (DME) Business Class Lounge Review is based on our visit prior to our Singapore First Class flight from Moscow DME, a flight that is being switched to Manchester, although Singapore Airlines will still fly to Moscow DME from Singapore.

Even if you're flying first class from Moscow, this is the lounge you’ll use, because Domodedovo Airport (and the other Moscow airports, for that matter) don’t have a first class lounge. For a city of 10 million with so many affluent citizens, in absolute numbers, it may seem a strange omission, but many of these well-heeled Russians fly on private jets, so the commercial demand for first class is quite low.

Visiting Russia? See all of our posts tagged Russia.

The Domodedovo Airport (DME) Business Class Lounge is located after security and passport control, in Sector C on the 2nd floor. It's open 24 hours, but note that if you're entering based on Priority Pass membership, access is not permitted between 5-10pm daily, as this is peak time. You'll still have access, of course, if you're flying business class or first class. 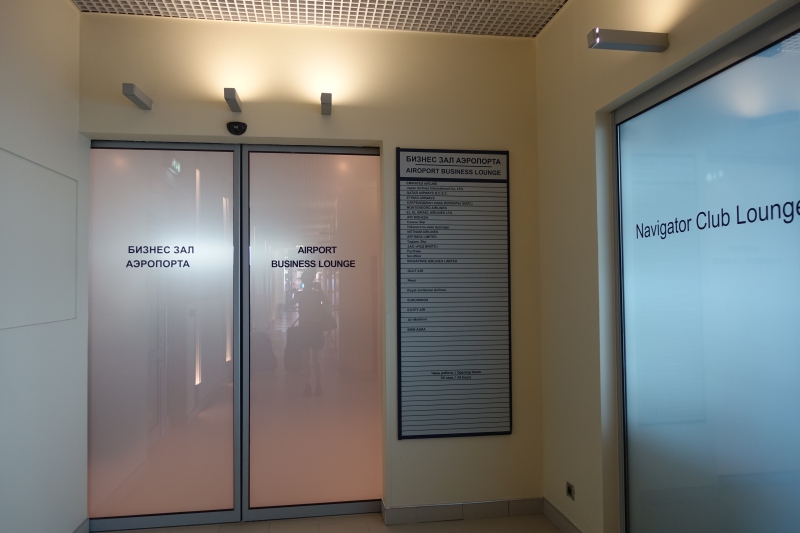 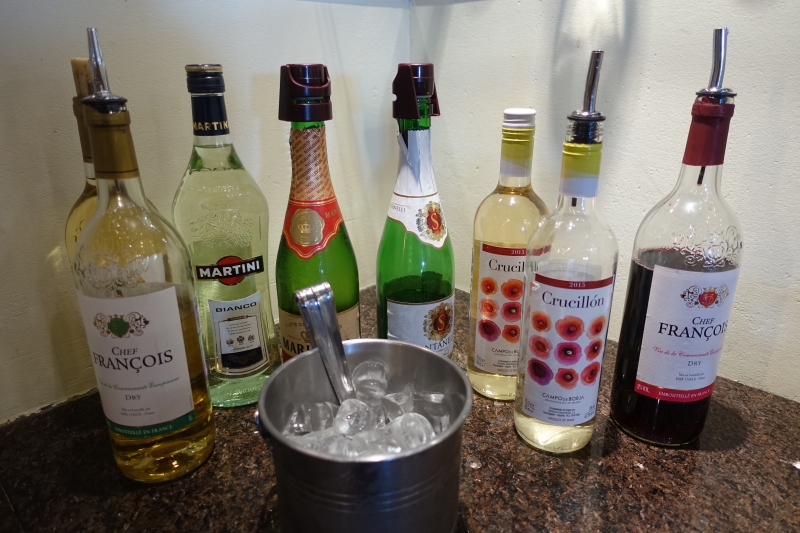 The lounge is large, with at least 60 seats, and during our morning visit, there were only a handful of other passengers. 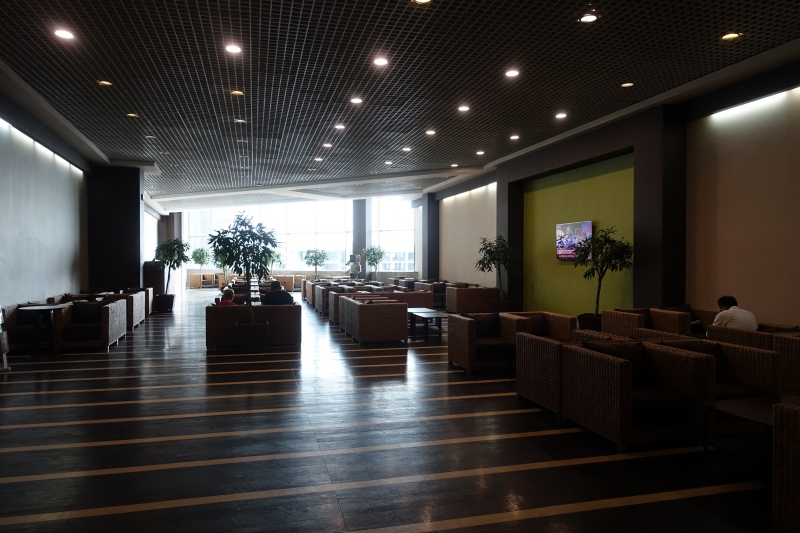 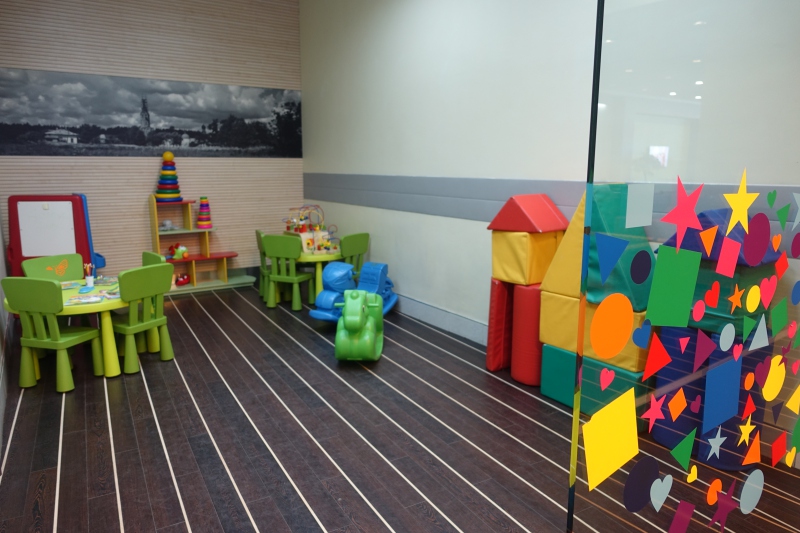 There’s quite a large selection of food on the cold and hot buffet, but many of the items looked quite mediocre: soup, noodles, chicken, various salads: 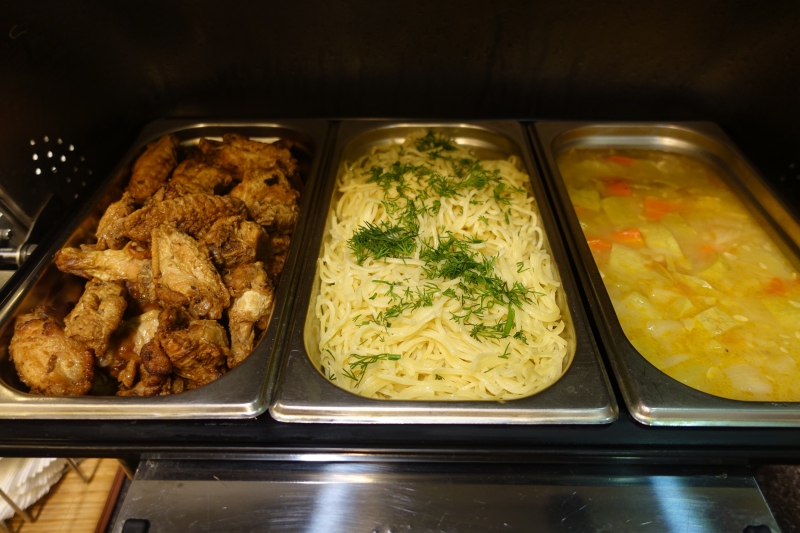 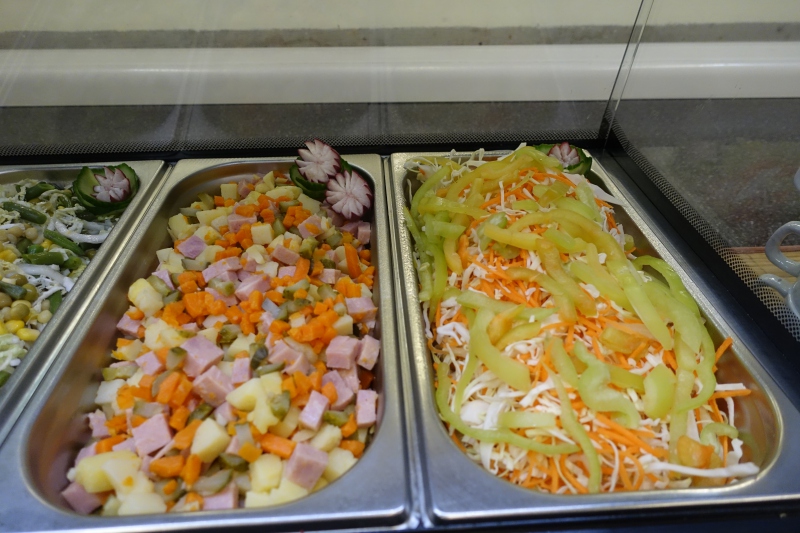 I recommend sticking with simple fare if you eat anything, such as the fresh watermelon or grapefruit: 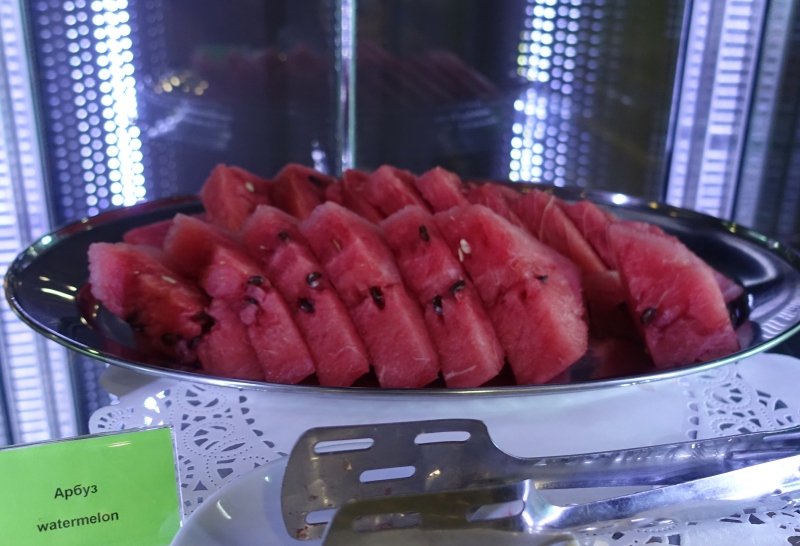 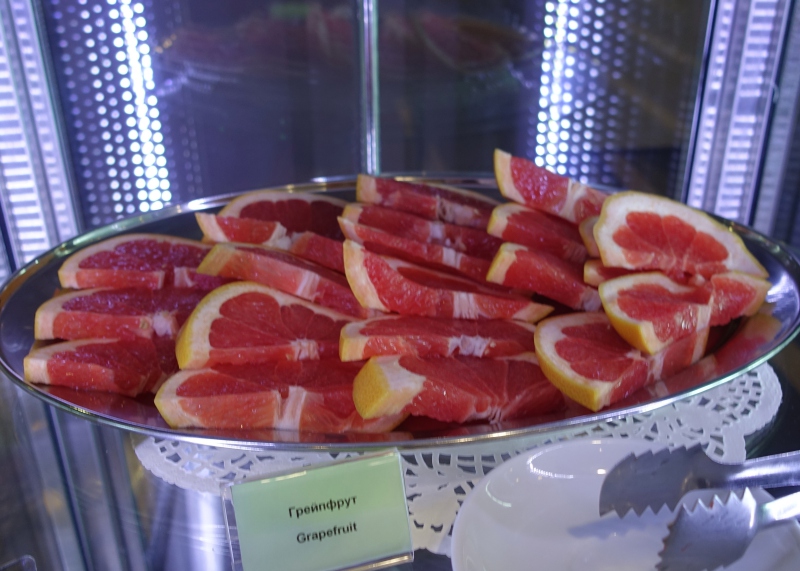 There were also apples and breakfast cereals: 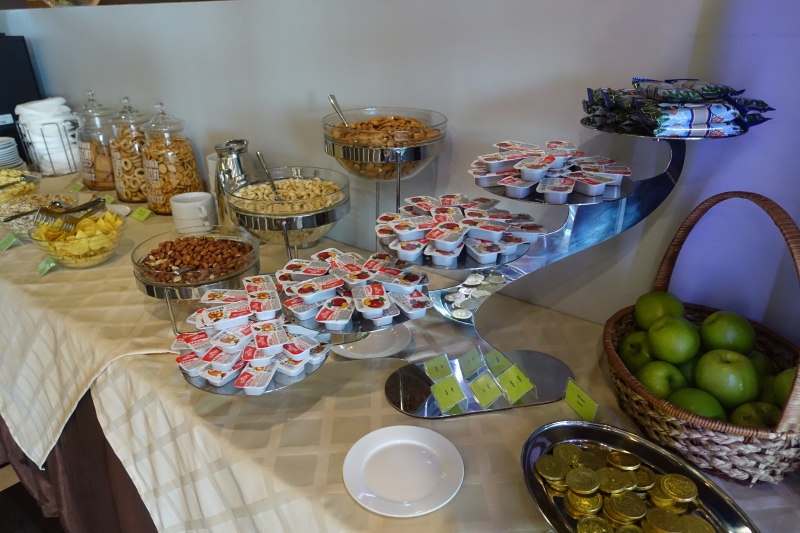 And cubed cheese is also usually a safe bet: 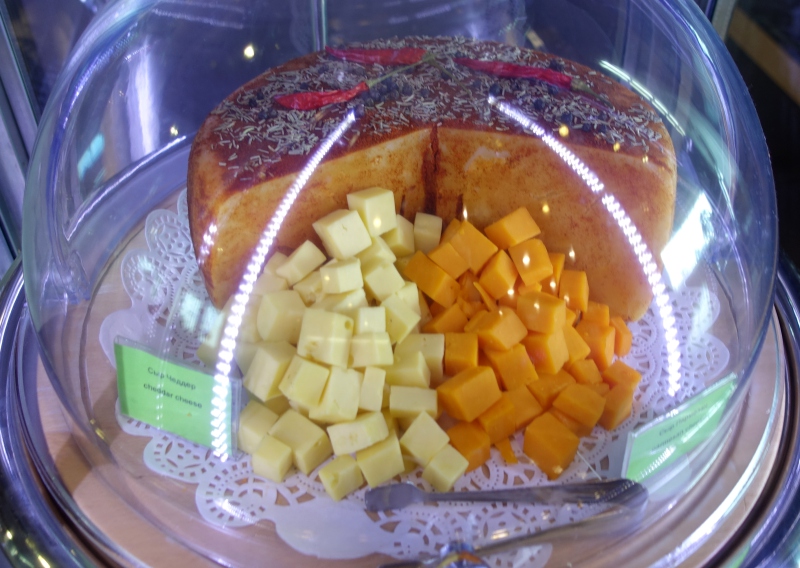 The sandwiches also looked ok, and included a type with smoked salmon: 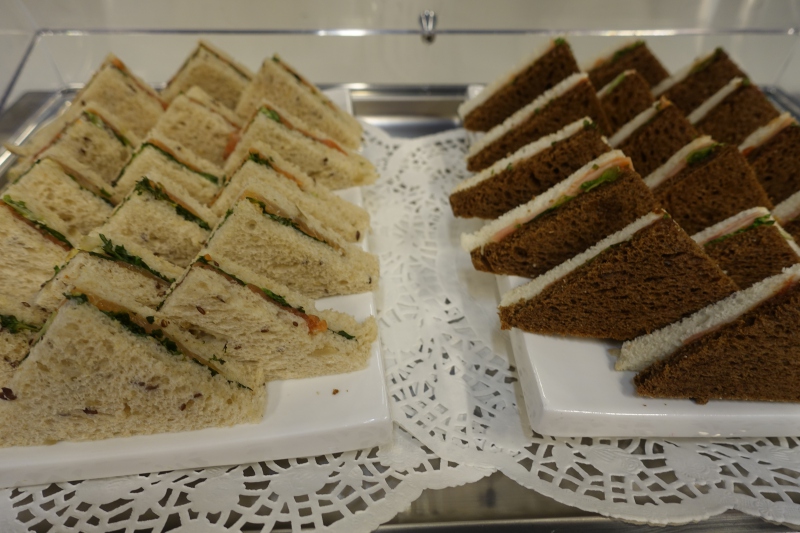 And some traditional Russian pirozhki (pies) looked decent, although I didn’t try them. They were stuffed with cabbage, potato, or apple. 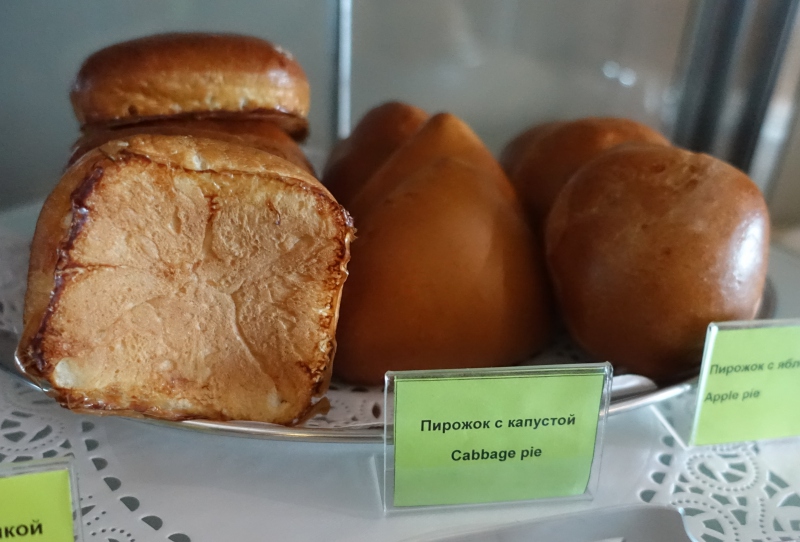 There were also some vegetable mousses, such as pumpkin-carrot and a green mousse. Not really what I wanted to eat at 8:30am, but perhaps these are more popular later in the day. 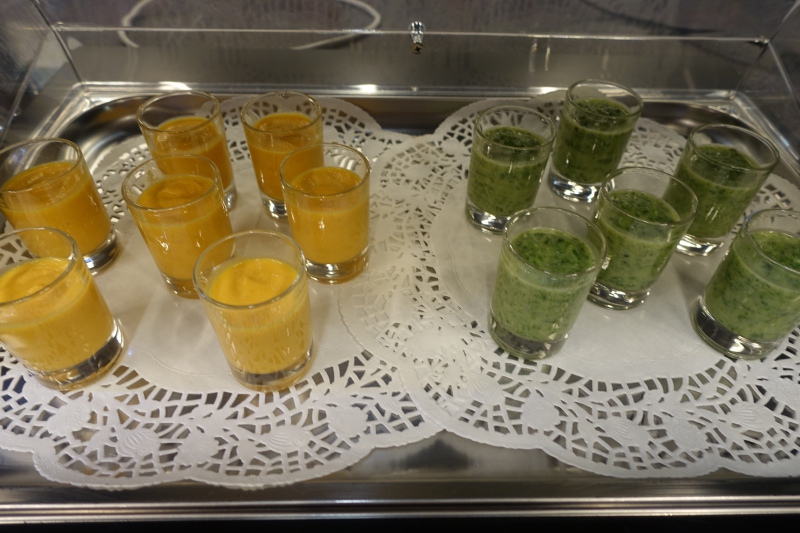 Desserts looked decidedly industrial, such as this chocolate mousse: 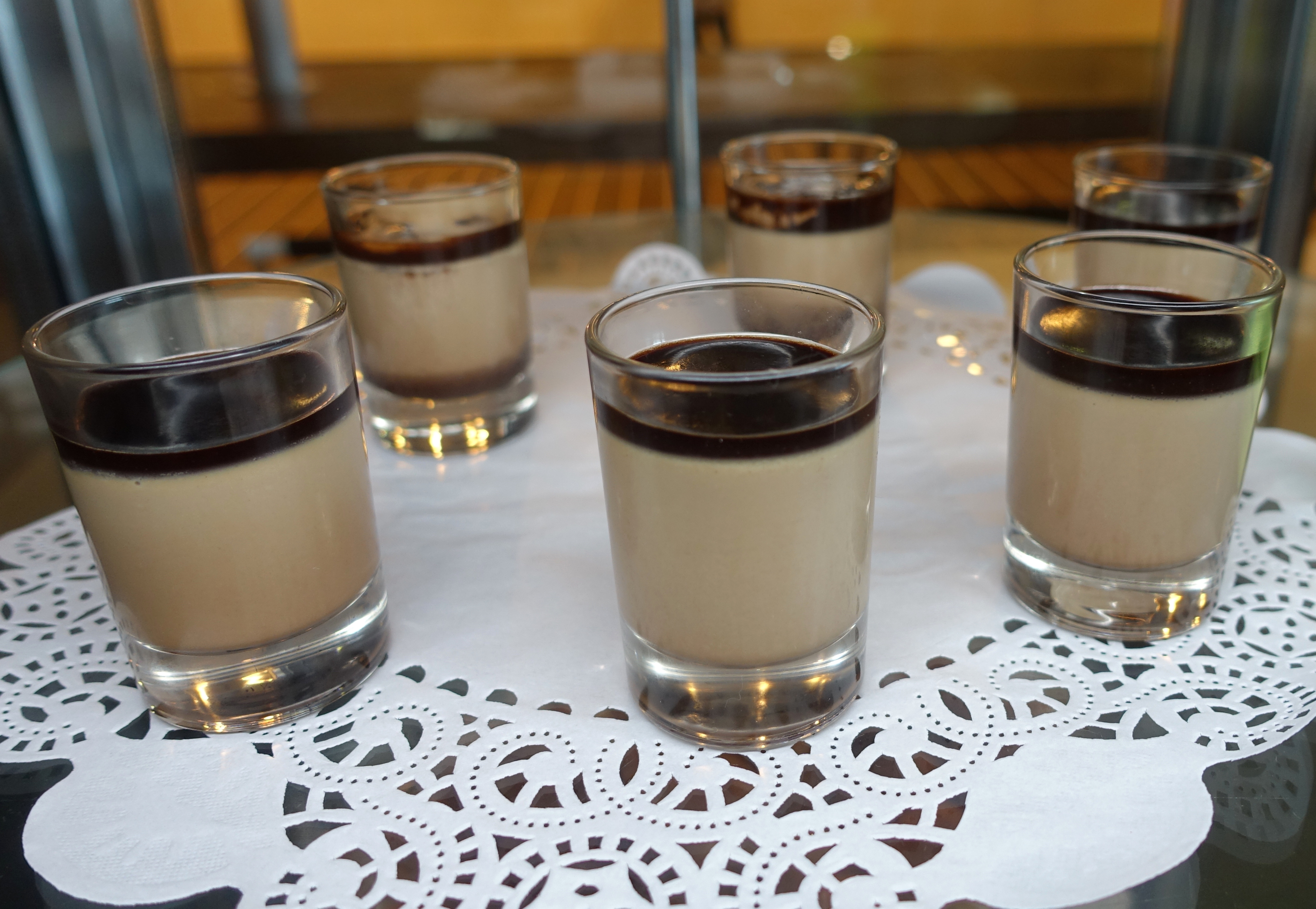 The Domodedovo Business Class Lounge is large and functional, but definitely not worth getting to the airport early for. I was glad that the WiFi worked well, and that the lounge offered fresh fruit, in particular watermelon, since that’s what my son made a breakfast of.

If you’ve visited the Domodedovo Airport Business Class Lounge, what was your experience?