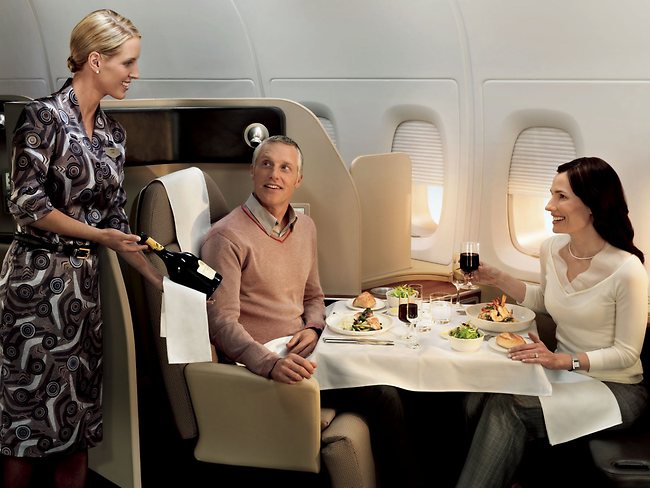 Qantas First Class on the A380 is one of the most coveted first class awards, thanks to its great hard product: one of the most comfortable first class flat bed seats. The soft product of cuisine and service gets somewhat more mixed reviews, especially when compared to the top Asian carriers such as Cathay Pacific First Class and Singapore Suites, but there's no question that overall it's a great way to travel the long distances to Australia. Plus, the Qantas First Class Lounge in Sydney and Melbourne also generally get rave reviews.

The problem is the lack of Qantas first class award space.

It's helpful to first look at the key Qantas first class routes, given that some routes no longer offer first class.

The dilemma facing many U.S. frequent flyers who have both British Airways Avios and AAdvantage miles is whether to book with British Airways Avios, when there is greater award availability due to the award calendar opening earlier, or to wait until 331 days out to book with AAdvantage miles for fewer miles, but risk award availability having disappeared. There may be a “have your cake and eat it too” solution, below, although as always, it's your mileage may vary. 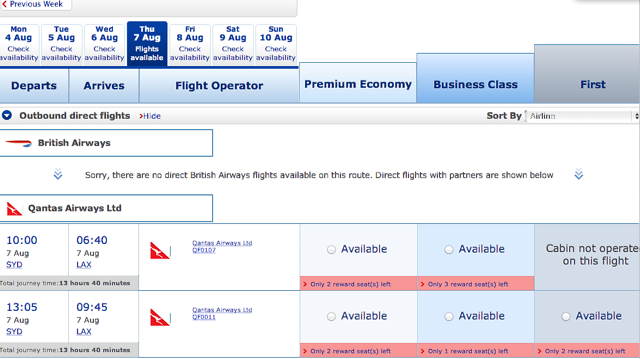 Unlike, say, Cathay Pacific, Qantas doesn't consistently release 2 or even 1 first class award seat when the award calendar opens. So don't assume that someone else has managed to snag award space before you–Qantas may not have released any.

On some flights the first cabin may go out virtually empty–so don't assume, if you're using Expert Flyer to monitor the first class cabin load, that just because there are plenty of empty first class seats that any of them will be released as first class award seats–chances are, they won't.

Qantas Award Seats Tend to Go Back to Inventory, per Ben

While I haven't been able to verify this myself, per Ben, Qantas award seats tend to go back to inventory if someone is able to initially book an award seat and then cancels. If true, this would mean that one strategy would be to try to book 2 seats with British Airways Avios since the award calendar opens earlier for British Airways and Qantas frequent flyer members, then cancel at 330 days out and rebook using AAdvantage miles. But please do this at your own risk, I don't want to be responsible for anyone failing to get their coveted Qantas first class award seats due to the seats not, for whatever reason, going back to inventory!

If you've flown Qantas First Class as an award ticket, what was your experience?

Use Qantas.com to Find Cathay and Oneworld Award Space

Best Airlines for Kids and Families