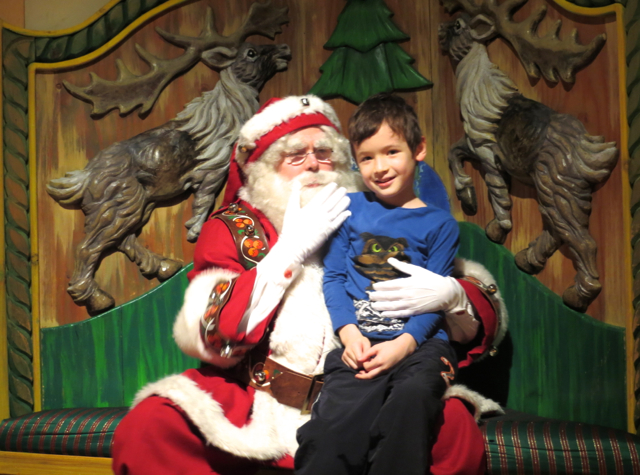 Macy's Santaland with an Express Pass was a first for us last year, so we decided to make it a family tradition and visit Macy's Santaland NYC in 2013, notwithstanding the rainy weather we had yesterday, and were glad we did!

As before, the day before we wanted to visit, we clicked into the Macys NYC Herald Square store, then on “Events,” to find the Santaland section: 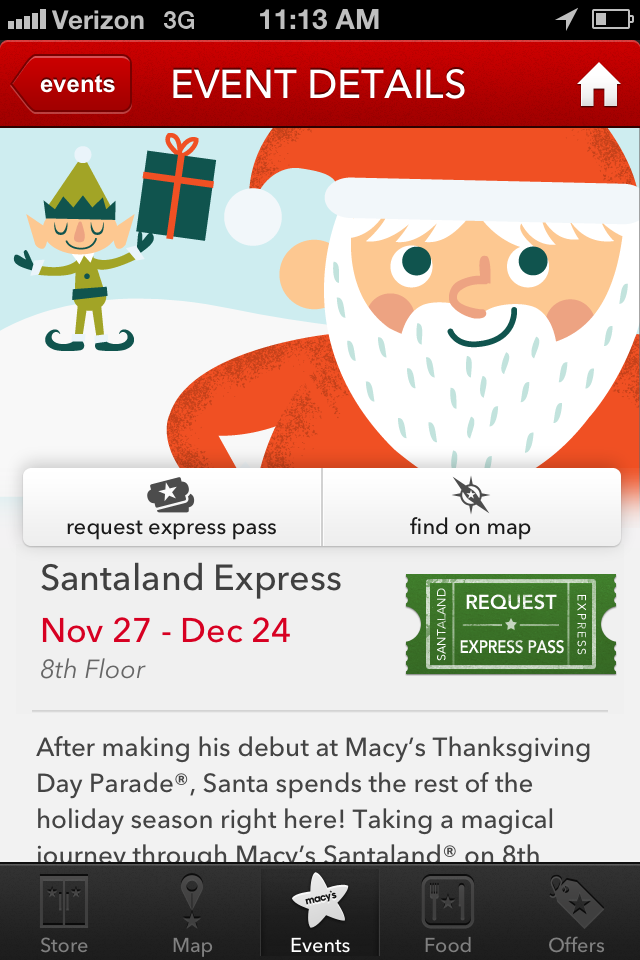 Then we requested a Santaland Express Pass for our preferred time (thankfully there was 1 spot left): 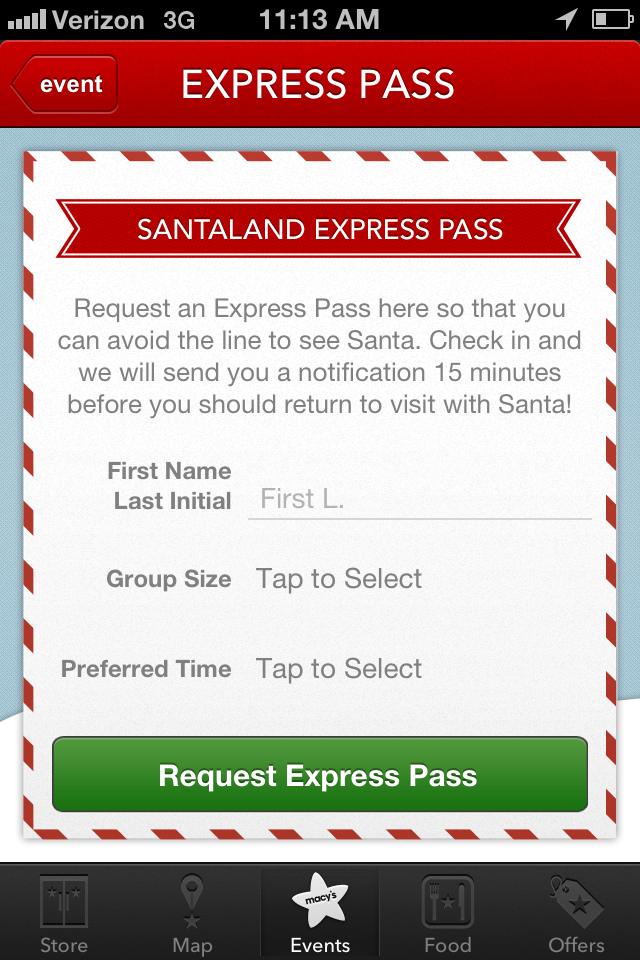 We then received a confirmation of our time, and we were all set: 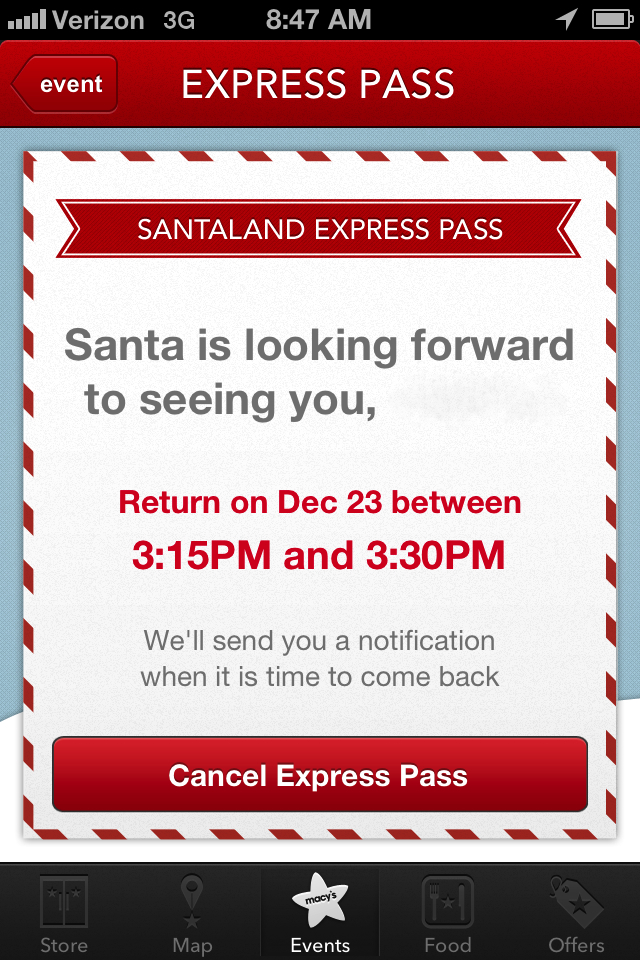 Macy's Santaland is on the 8th floor, and given the incredibly long line snaking around Santaland, I was very glad we'd made an Express Pass reservation. We went up to the Express Pass sign, where Santa's friendly elves were ready to usher us in: 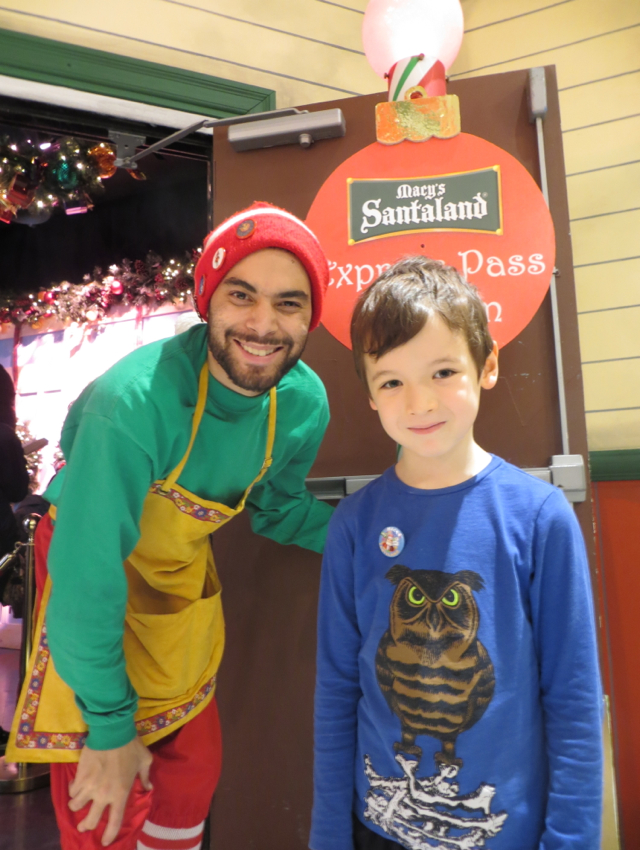 Now, unlike last year, there was a bit of a line even for Express Pass holders (probably because we were also there on on the second to last day) but the munchkin didn't mind much, since there was a huge Christmas tree with trains zipping around it to enjoy: 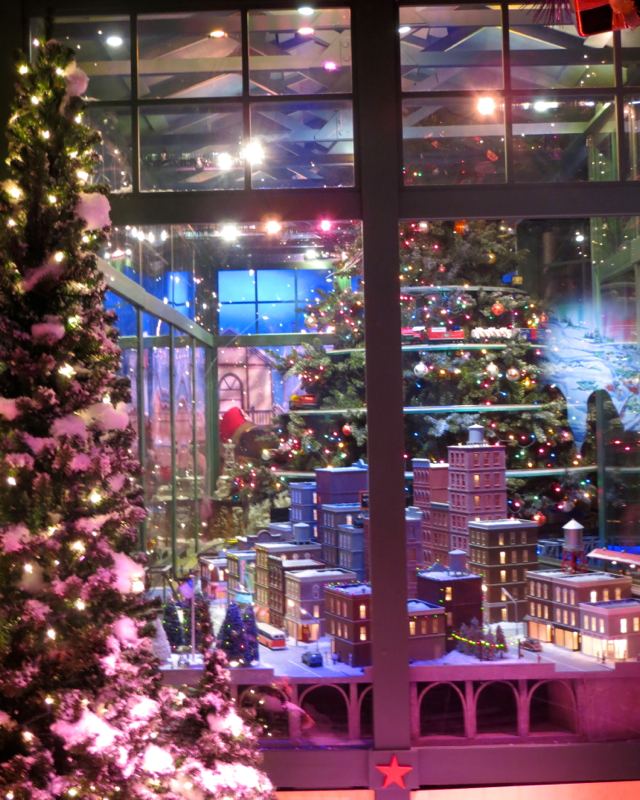 There was music from the Nutcracker playing, with Christmas trees and wooden soldiers: 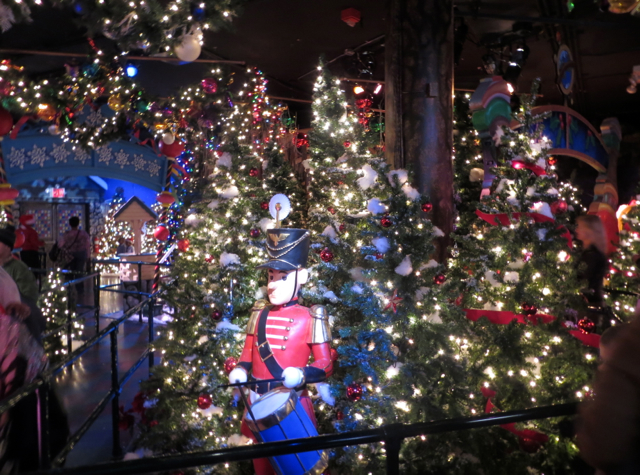 The anticipation was definitely building, and soon we were next in line, with the munchkin super excited to see Santa: 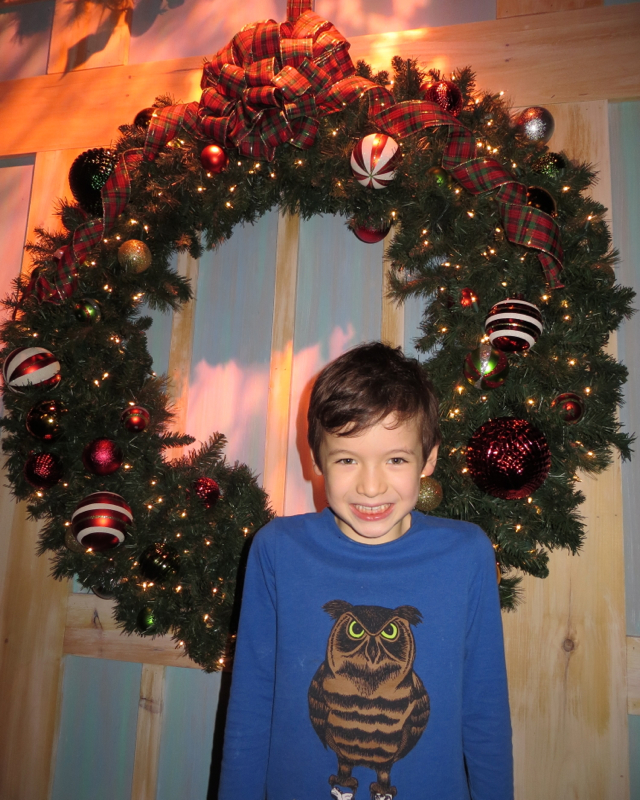 Finally it was our turn, and the munchkin turned a bit shy as he sat on Santa's lap. He did ask him about the North Pole, why he doesn't shave, and tell him about his favorite superheroes. And he was thrilled to learn he is on Santa's “good list” 🙂 It was a very happy visit, and since there may only be a few years left that the munchkin “believes” I'm glad we went. 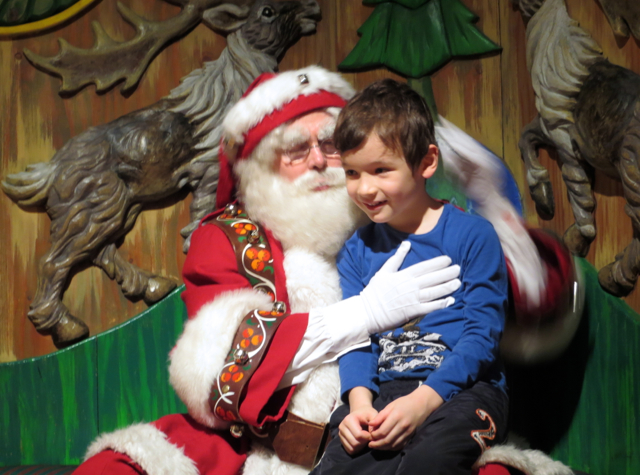 Afterwards, the munchkin was enthralled with the beautiful Christmas windows. My photos don't do them justice, since there is animation and music which adds to the magical effect. While I don't do any department store shopping, I also love looking at these windows, which are a real highlight of being in NYC for the holidays. The munchkin made me promise that we would come back, while they are still up. 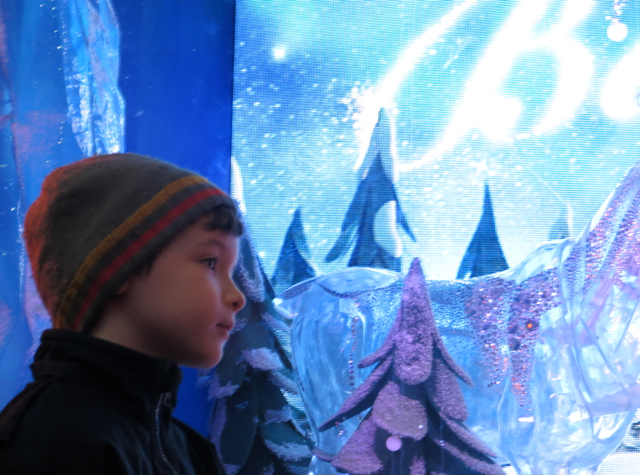 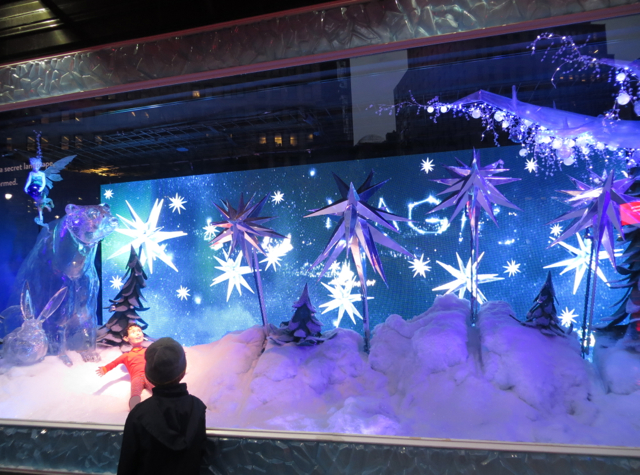 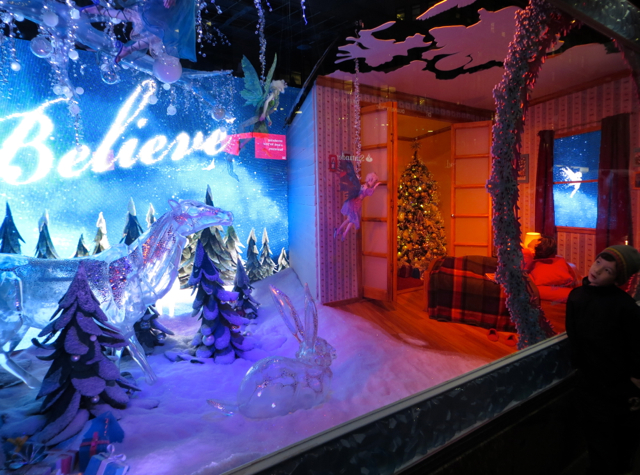 Have you been to Macy's Santaland in 2013, using an Express Pass?

Macy's Santaland with an Express Pass

Delicious Christmas Desserts and Sweets From Around the World