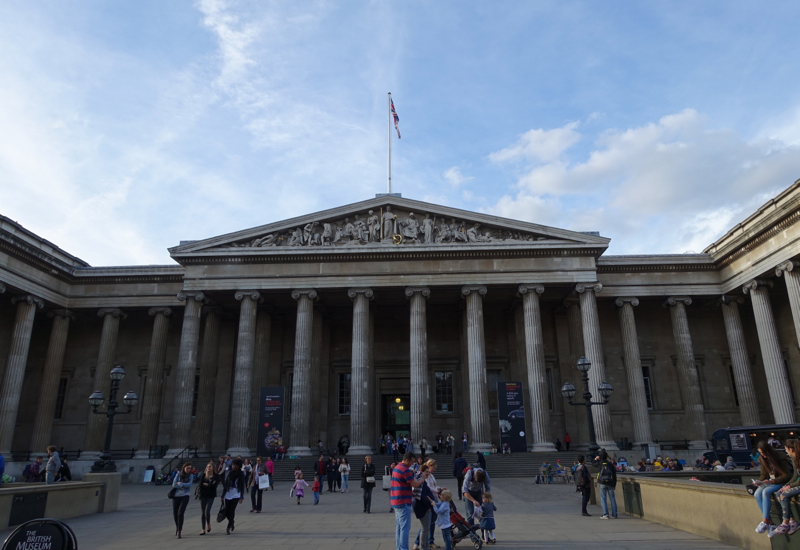 Bringing kids to the British Museum? Here are some tips based on our recent visit, part of a round the world trip report including first class and business class flights, luxury hotel stays in London and Asia, and restaurant reviews. For the prior posts, please see: 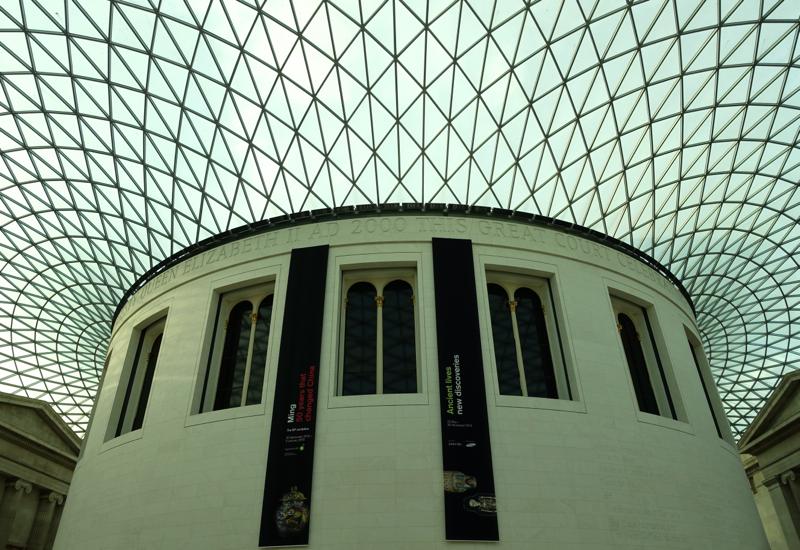 The British Museum can be overwhelming even for adults, let alone families with kids. My advice: limit your time there to 1-2 hours at a time, unless you have an older or very studious younger child. In our case, we had just under one hour, since we got there one hour before closing time. Here's what we most enjoyed seeing together, keeping in mind my son is 6 and is starting to become interested in ancient ruins and historic battles.

Although at first glance the Nereid Monument looks like a small Greek temple, it was in fact a tomb built by a Xanthos ruler, Arbinas, in the early 4th century BC in what is modern day Antalya, Turkey. The tomb was built in Greek architectural style, with Ionic columns and life-size Nereids (sea nymphs) between the columns. The munchkin was entranced with the reconstruction, and wanted to know all about it. 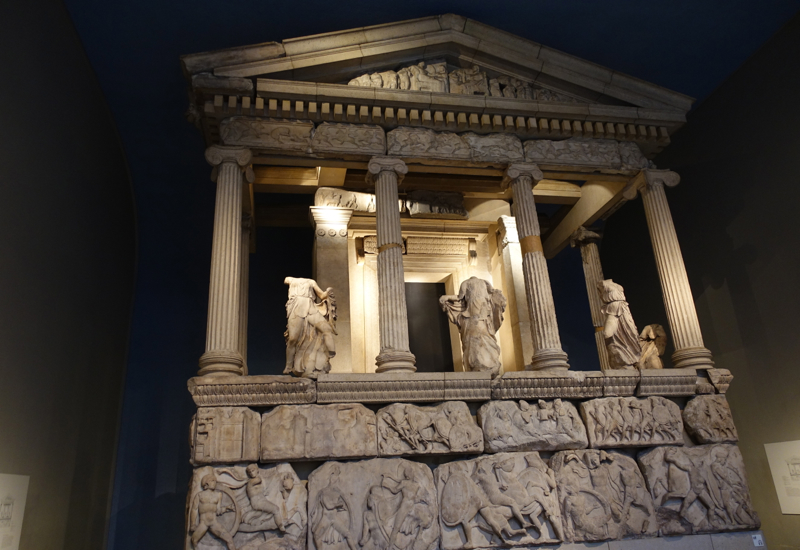 In addition to the Nereid Monument, I wanted to show my son the Elgin Marbles in Room 18 during our limited time at the British Museum. There's of course still controversy about these sculptures from the Parthenon being located in the British Museum, rather than in Greece, but whoever has them, I hope they are being protected well at the correct temperature, humidity, etc., because even in their ruined state, they're beautiful. 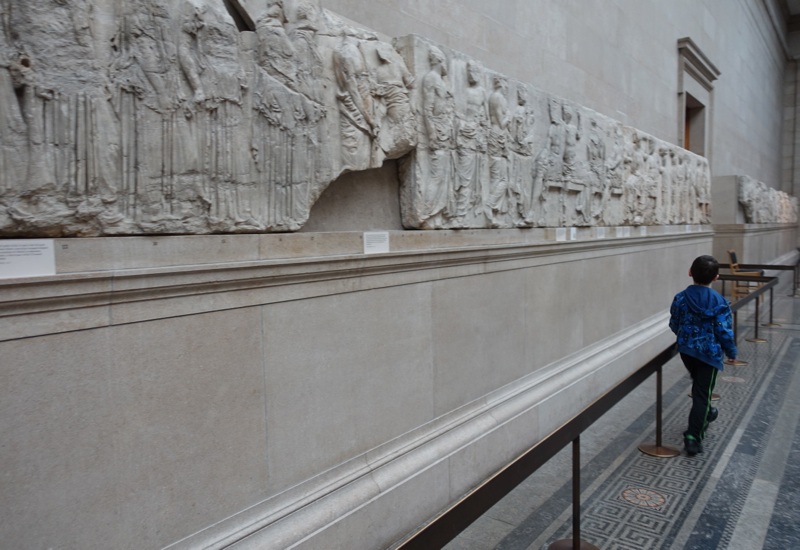 The munchkin has especially been interested of late in centaurs, so these sculptures were fascinating for him. I wished I'd read ahead more, since I didn't realize these centaur sculptures were among the Elgin Marbles. In brief, however, they depict the fighting and chaos that ensues after the marriage feast Peirithoos, King of the Lapiths (humans in Northern Greece) after the centaurs, who were invited as guests, consumed wine at the wedding feast. The wine let loose their savage side, and the centaurs began fighting the Lapiths and carrying off the women. Ok, so these sculptures are probably not appropriate for very young children, but it is intriguing for slightly older kids starting to become interested in Greek mythology and half man, half beast creatures such as centaurs. 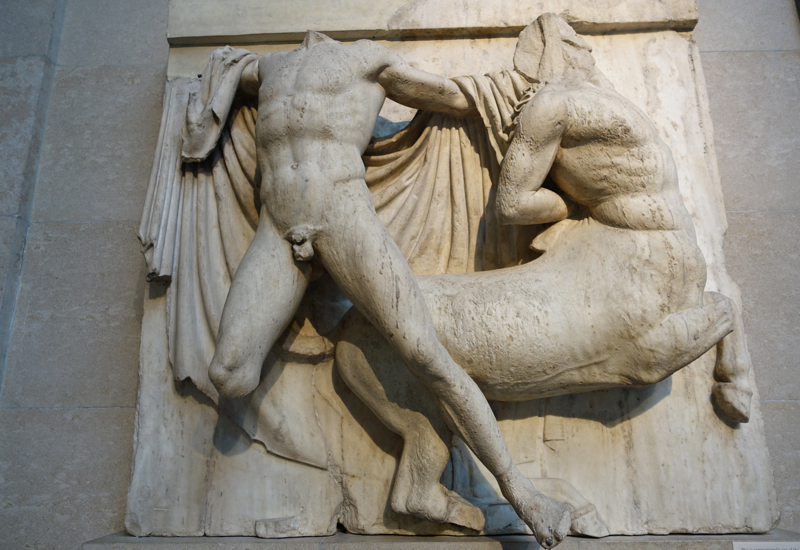 Even kids my son's age, who may not yet be familiar with many Greek gods and goddesses, can nevertheless appreciate the classical beauty of a sculpture such as this one of Aphrodite and marvel at the work involved to make it lifelike. 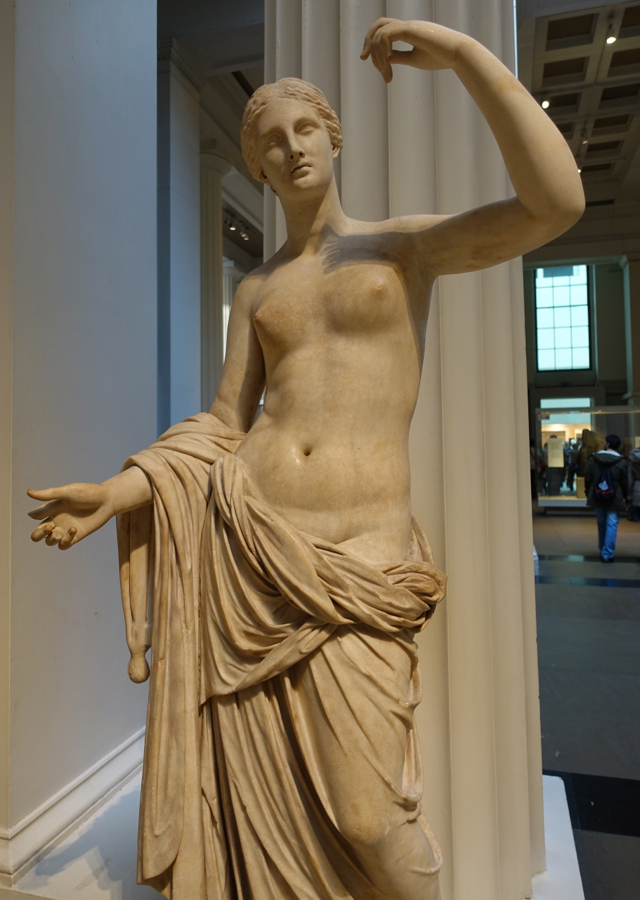 The Rosetta Stone won't amaze most kids on sight, but kids who speak another language, as my son does, can quickly grasp what an incredible discovery this was once you explain that it was the key to unlocking our understanding of Egyptian hieroglyphs thanks to the three languages on it: Egyptian hieroglyphs, Egyptian demotic (used as the everyday language in ancient Egypt) and Greek. 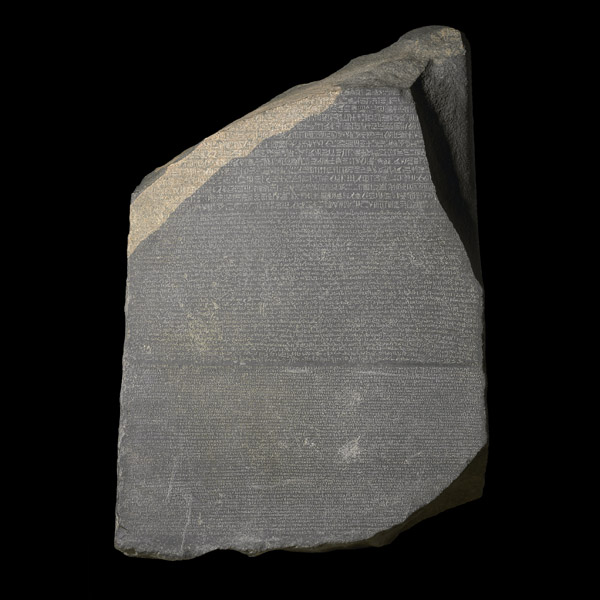 Although I've been to Easter Island, my son never has. Nevertheless, when I described how enormous some of the moai on Easter Island are, and how they were carved and transported without any modern day technology, he was impressed. 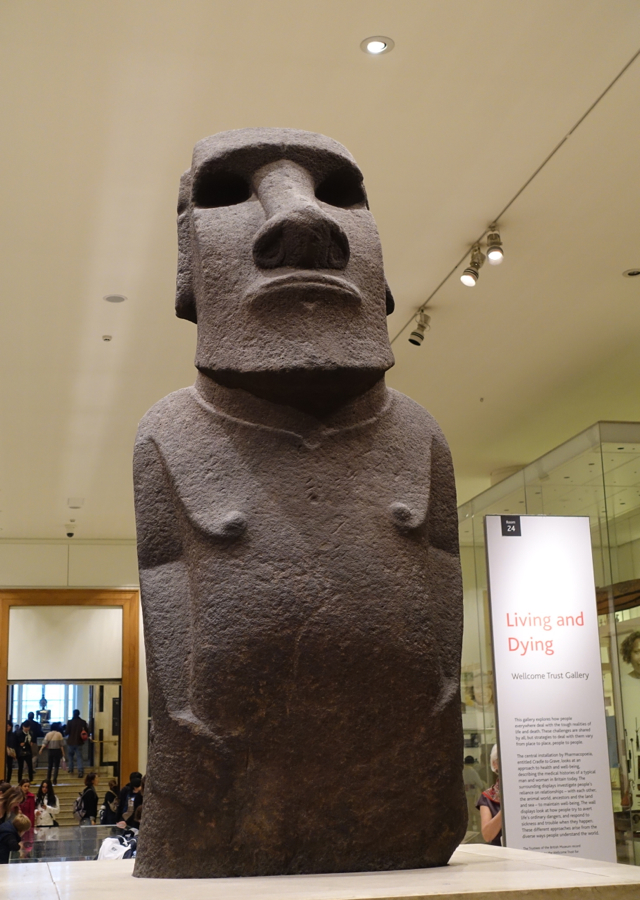 We had time for just a glimpse of ancient Egyptian sculpture on our way out, but if we'd had more time, my son would love to have seen more of these, and most likely also the Egyptian mummies. 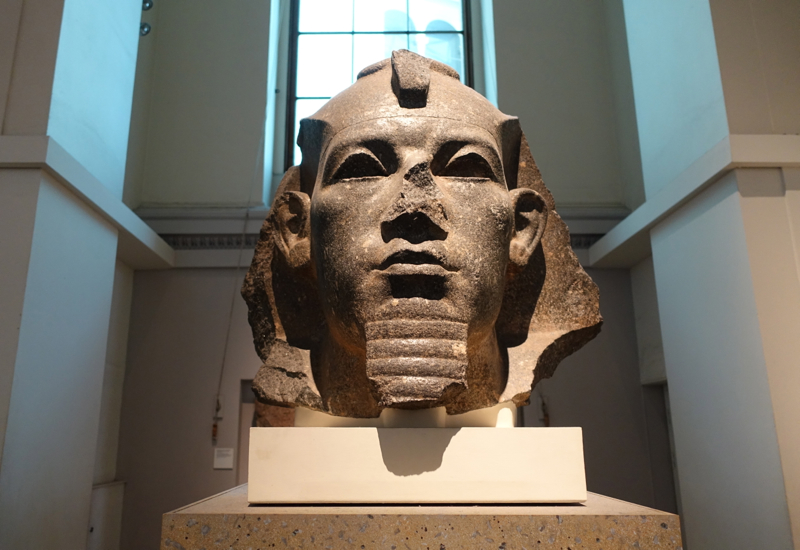 After we were gently herded out of the British Museum at closing time, my son still had some energy to burn off. Fortunately, on our walk back to the Rosewood London, we passed Bloomsbury Square Gardens, which also has a small children's playground. With a climbing structure, equipment to balance on, and a spinning wheel with a bench, it proved the perfect spot to climb, run around, and finally relax at: 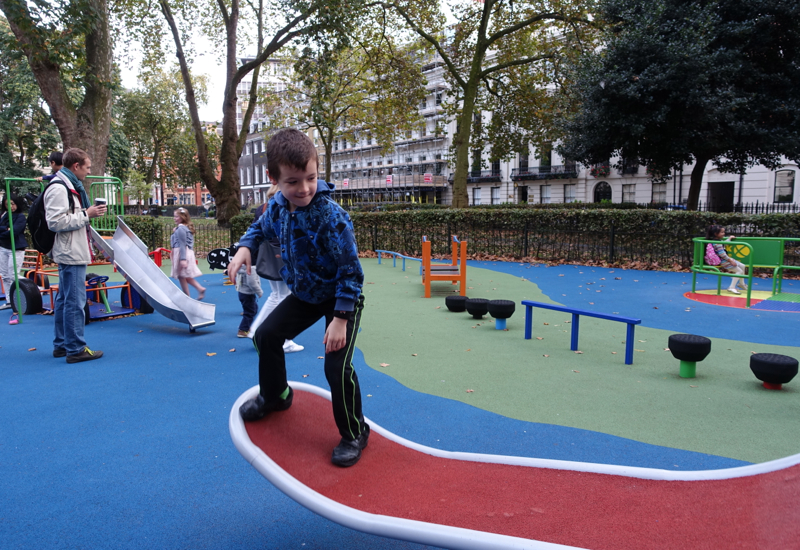 If you've taken kids to The British Museum, which exhibits did they enjoy most, and what are your tips?

Best Time of the Year to Visit London?