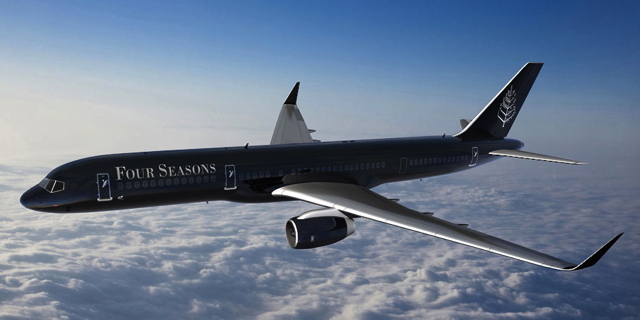 Four Seasons' previous Around the World trips by chartered private jet have sold out, so it makes sense to expand the offering while also upgrading the in-flight experience with a completely custom Four Seasons Private Jet. If interested in any of the journeys I outline below or for other Four Seasons Preferred Partner bookings, please become a TravelSort Client and I would be happy to answer questions and secure your reservation.

The Four Seasons Private Jet, which is leased, is a 757, with:

For 2015, there are three Four Seasons Jet journeys offered:

Price: USD $69,000 per person based on double occupancy

Which Room Category is Included?

What Is Included in the Trip Cost?

Yes, single travelers are welcome on all of the trips. Please note there is an $11,000 supplement for single travelers for the Around the World journeys, and $8000 single supplement for the Backstage with the Arts trip. You may request a roommate, and the Four Seasons Guest Services Manager will do her best to assist in matching you with a like-minded fellow traveler.

All the Four Seasons Private Jet journeys are designed with a focus on adults. It's recommended that you consider bringing only well-traveled children age 12 and older.

How Much Luggage Is Allowed?

Which Four Seasons Private Jet journey would you want to experience?