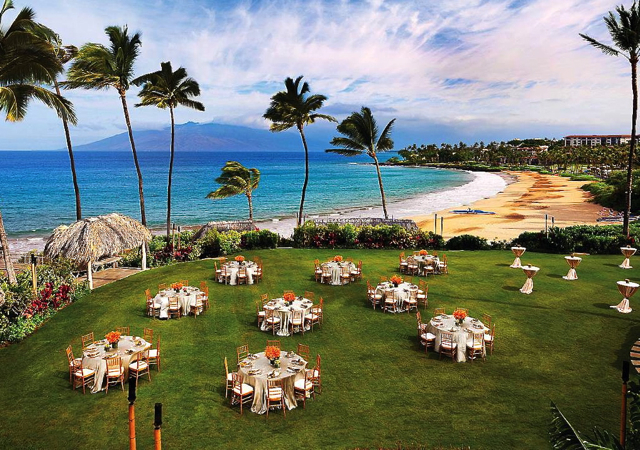 The Four Seasons Maui and Hualalai resorts booked with Four Seasons Preferred Partner benefits offer the best value, thanks to the complimentary breakfast, upgrade (if available), food and beverage credit and complimentary internet access they provide, at no extra cost, when you book through TravelSort or FSPP travel advisor.

But how do you obtain the best deal in terms of rates? The secret is when you book.

Particularly if you have very specific dates and not much flexibility, it's critical to book many months in advance for both  Four Seasons Maui at Wailea and Four Seasons Hawaii at Hualalai. Otherwise, even if there's still availability, you risk the cheaper, lower category rooms being sold out. For example, let's say you're thinking of going to the Four Seasons Hualalai in spring, March 11-15. At this point, the least expensive room is the Prime Ocean View, at $1280 + tax per night: 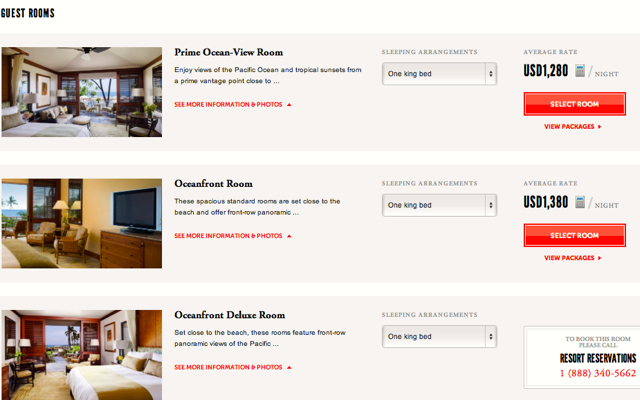 First of all, forget about booking either property for Christmas and New Year's, even if you're planning one year in advance. Not only is there a 10 day minimum stay, there's not even availability *unless* you were a previous guest during that time period and have been invited back. The waitlist starts on January 1 (so forget putting your name on it now for Christmas 2014), if you do want to put your name down.

But even if you're able to book during this period, do you really want to be at a completely sold out property? While the Four Seasons Hualalai offers more pool choices than the Four Seasons Maui at Wailea in this regard, there will still likely be waits for a lounge chair by the pool, unless you get there very early. Consider going at another time for a less busy and more relaxing experience. 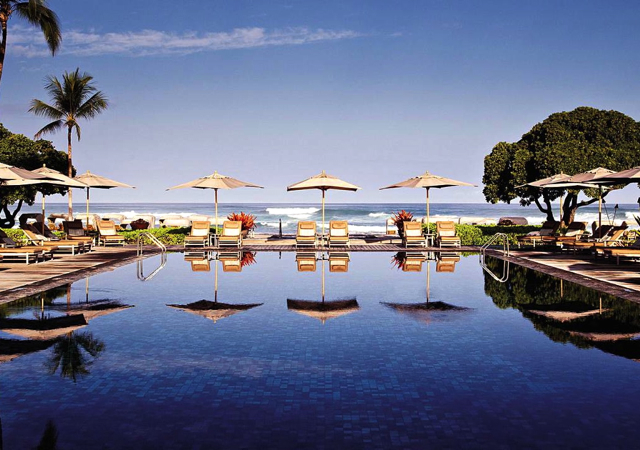 Since both the Four Seaons Maui at Wailea and the Four Seasons Hualalai are very popular, we're not talking about entire months being off-peak, but rather certain weeks sprinkled throughout the year. And note that, while there are no guarantees, since these are both very popular properties, you have a higher chance of an upgrade if your stay is during one of these off-peak periods.

Let's look at a couple examples.

If you book the Four Seasons Maui during this period, you'll be looking at over $1000 per night including tax just for the least expensive Mountain View Rooms: 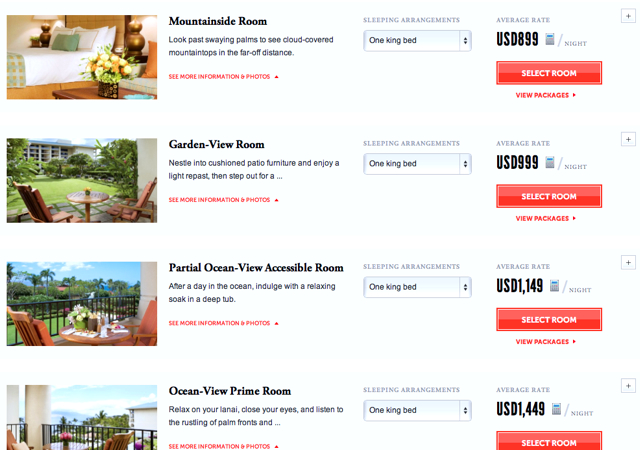 If instead you booked during the first week of June, you'd save over $300 per night on the Mountain View Room: 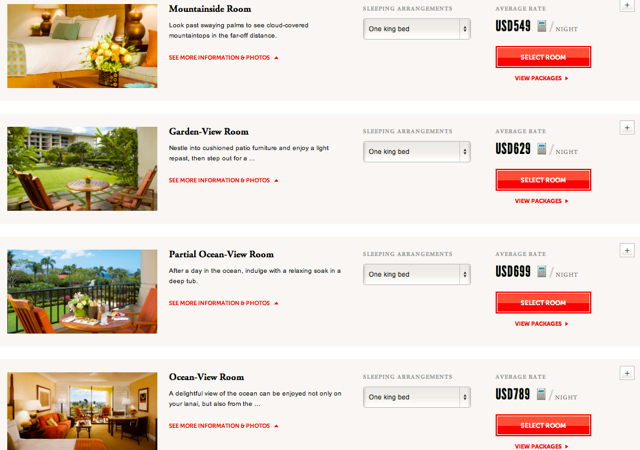 Visiting either the Four Seasons Hualalai or Four Seasons Maui during the peak of summer means higher rates. Late June and most of July and August is a busy time for Hualalai. 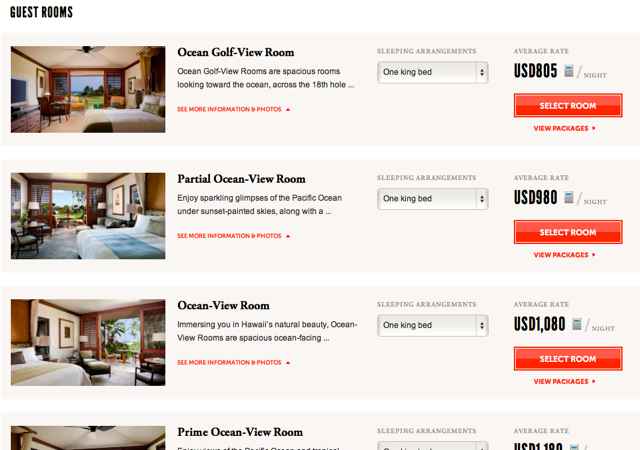 If you're able to time your Four Seasons Hualalai stay for late May, you would save over $100 per night for the least expensive category, the Ocean Golf View Room, and avoid the situation where the lowest category rooms have been sold out, as in the March example earlier in the post. 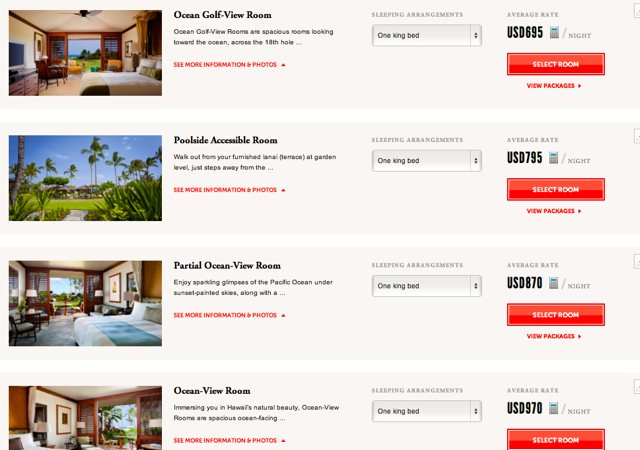