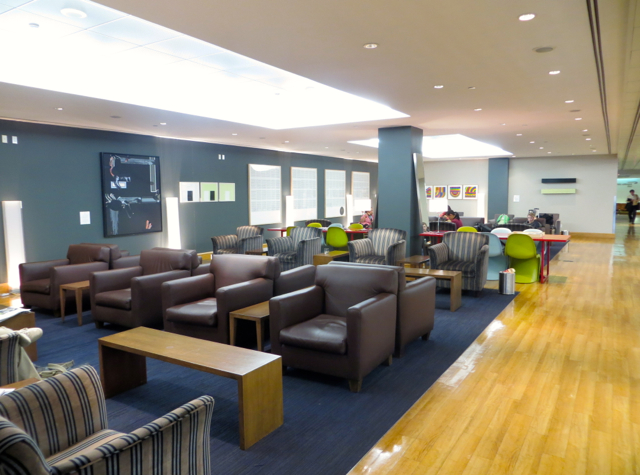 This British Airways Galleries Lounge at JFK Airport Terminal 7 Review is the first in a trip report including Iberia Business Class, plus reviews of luxury hotels and dining in Marrakech, Morocco.

Since I'd printed out our boarding passes at home and we were flying with carry-on baggage only, I hadn't bothered to stop by Iberia check-in for Galleries Lounge invitations. They're not needed, since the attendant simply used our printed boarding passes and waved us in.

As usual, the Galleries Lounge was quite busy, although fortunately it's large enough that there were still available seats. Generally I find there are more seats and a quieter environment in the area closer to the Elemis Spa and the Kids' Room (first photo above).

The seating area near the fountain tends to be busier: 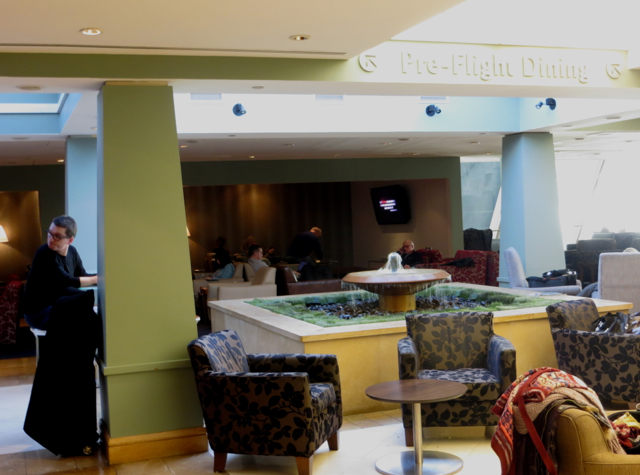 Perhaps due to the closer proximity to the bar: 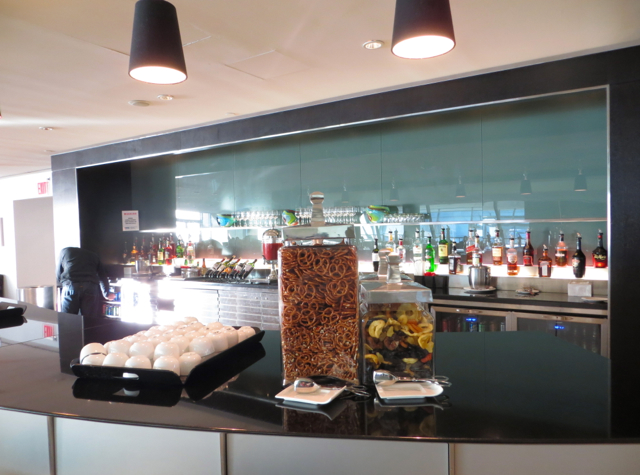 Our first stop was for some of the fruit infused water. The munchkin and I agreed that our favorite was the strawberry mint infused water: 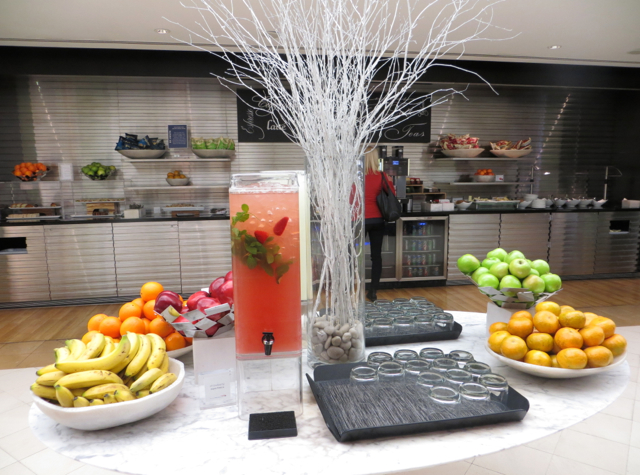 The food offerings are rather lackluster, so that hasn't changed. There were some forgettable ham and cheese sandwiches, egg sandwiches, smoked salmon sandwiches and wraps: 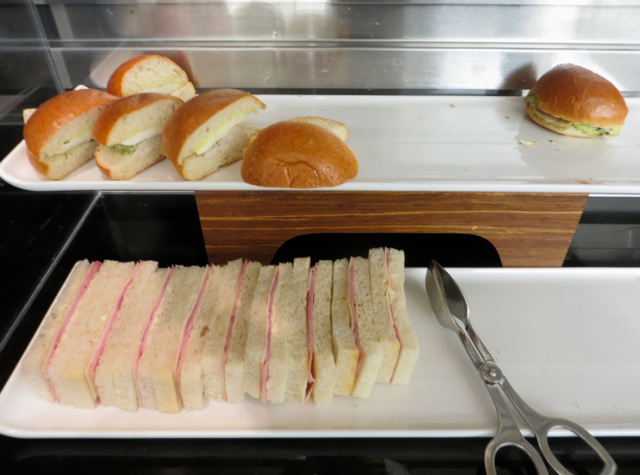 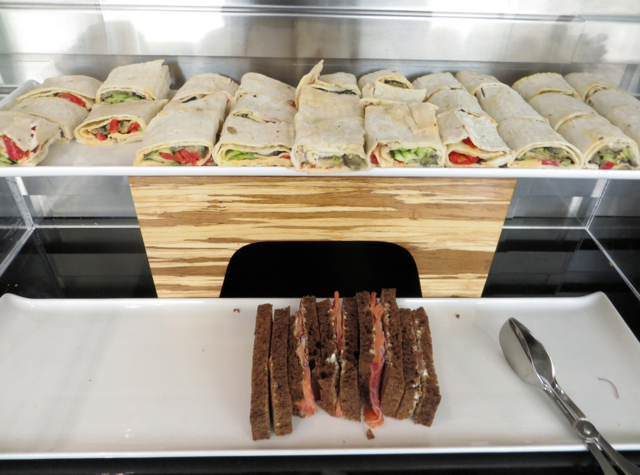 More interesting, to the cheese-loving munchkin, were the two types of cheese: 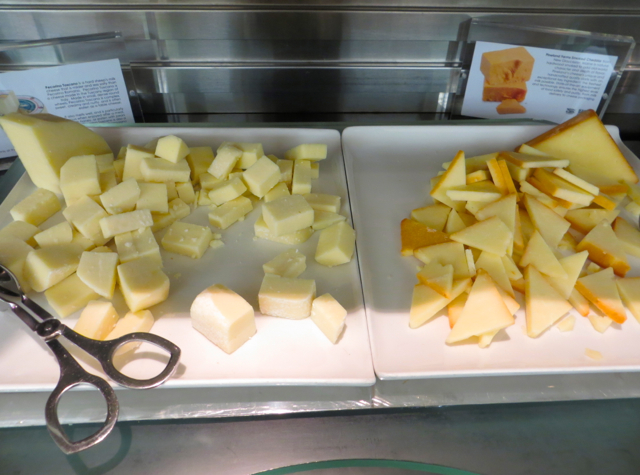 And for any olive fans, there are plenty of those, along with cherry tomatoes and some crudites: 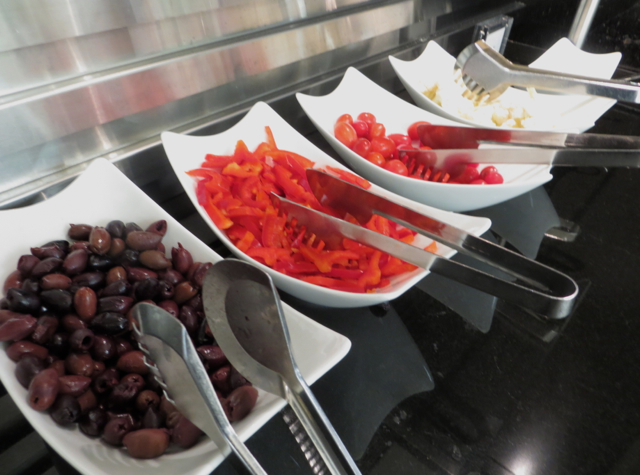 The cookies and biscotti were nothing special, but better than you'd typically see in a domestic airport lounge: 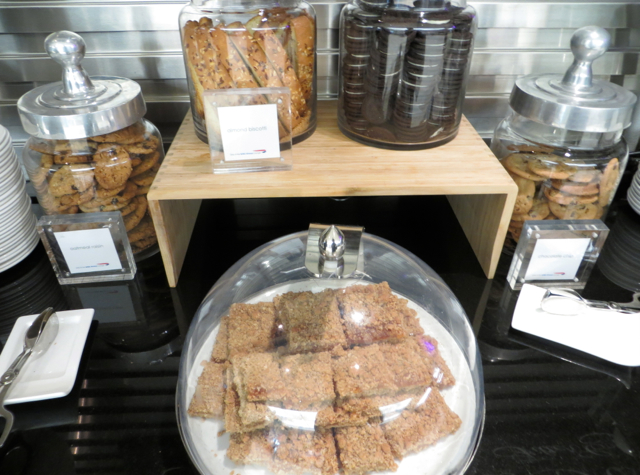 There was also an espresso machine: 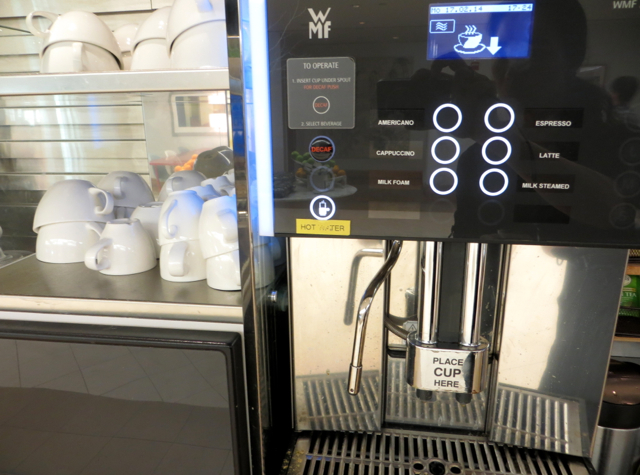 The munchkin remembered the Kids' Room from last time and insisted on spending a few minutes there, even though our flight had just been called. Fortunately the gate was close by, so we still had ample time. 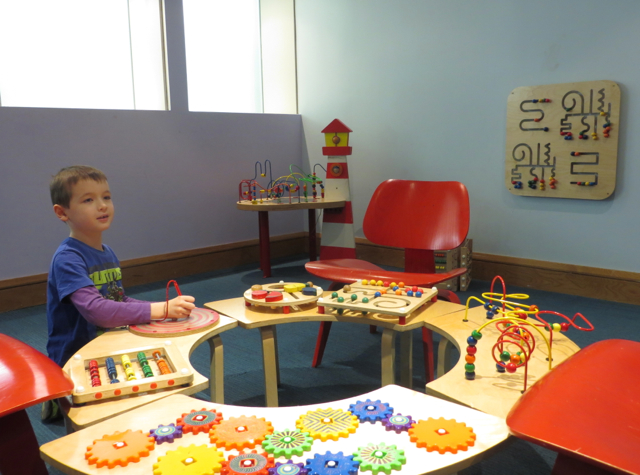 While complimentary 15 minute Elemis Spa treatments are only for those flying British Airways metal, you can avail yourself of a shower room via the spa if needed. Plus, based on my recent Elemis Spa experience at the Concorde Room prior to British Airways First Class, the free 15 minute massage is nothing to write home about, especially when compared to the Six Senses Spa massage at Etihad's First Class Lounge in Abu Dhabi. 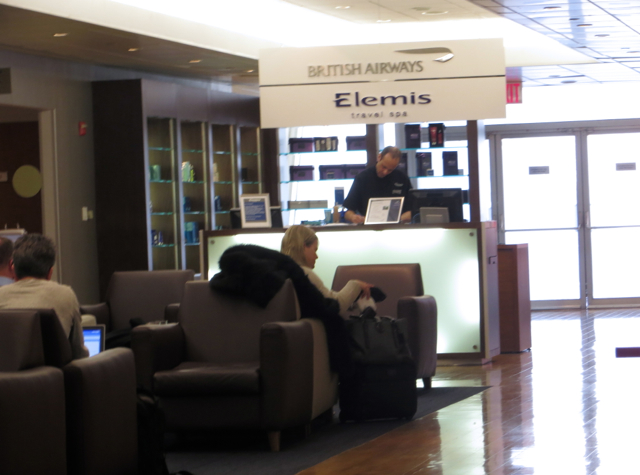 There's also a business center, to the right as you enter the Galleries Lounge, and free WiFi throughout the lounge.

Verdict: The British Airways Galleries Lounge remains a very solid business class lounge a couple years after its renovation, and, as you'd expect for an international airport lounge, better than the U.S. domestic airport lounges I’ve seen (excluding the new AMEX Centurion Lounges). The highlights for us are the fruit infused water and the kids' room, although if you're flying first class, you have the option of Pre-Flight dining for more substantial food offerings.