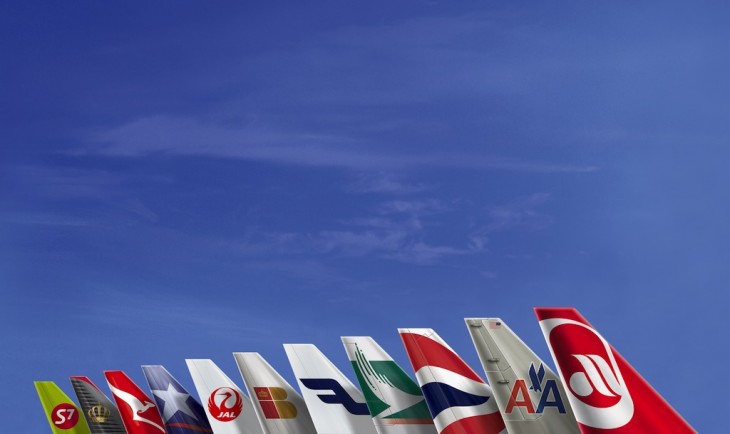 What are the best frequent flyer programs of 2015, for U.S. based flyers who value great international first class and business class? Hint: NOT the ones in today's WSJ article “The Most Rewarding Rewards” by Scott McCartney, which again focuses on the deeply flawed IdeaWorks study.

There are so many problems with the IdeaWorks study I don't know where to begin, so I'll just note a few of the biggest ones:

Flaw #1: Study Only Focuses on Redeeming Frequent Flier Miles on the Airline's Own Metal

Does anyone want to fly American Airlines internationally if they could fly Qantas, Etihad or Cathay Pacific instead? Or fly United Airlines when they could be flying Asiana, SWISS or Lufthansa? Most of my clients proactively mention that they do NOT want to fly U.S. airlines, so this entire study misses the point for anyone interested in the best premium cabin international experience.

Anyone who travels internationally knows that first class and business class international flights can be incredibly expensive–$20,000 or more on a roundtrip ticket. And no surprise–those flights also give you the greatest ROI for your frequent flyer miles and points. Why get 1-2 cents per mile or point on a domestic flight, when you could be getting 10 cents or more in value for an international first class award such as Singapore Suites on the A380?

Truly, if you're getting just 2 cents or less per redeemed mile or point, you're doing it wrong, and should probably look at a cash back card. You may well have so little date flexibility that frequent flyer miles are frustrating, and in that case, you probably shouldn't even bother with any of the main travel credit cards, and instead stick with cold, hard cash back.

Maybe I missed something in the article, but it's bizarre to me to talk about seat availability without also looking at the award chart pricing. After all, make award chart redemption rates expensive enough, and pretty much any airline could greatly increase the number of award seats available–because no one would want to redeem at such expensive award redemption rates.

Flaw #4: Study Doesn't Take Into Account the Ease of Earning Miles / Transferring Points into the Program

As long-time readers know, I take very few paid flights, and almost none on U.S. carriers other than the occasional JetBlue flight. My husband and I are also moderate when it comes to credit card signups–we do sign up for them, but not at the pace of many of the folks on FlyerTalk. Yet we managed between us to earn 1 million frequent flyer miles and points last year, thanks to not only credit card signup bonuses, but also category spend bonuses, referral bonuses and the like.

Of course, some frequent flyer programs are easier to earn miles for or transfer points into than others, and this really should be taken into account, especially for those of us who are not road warriors.

Ok, so let's forget the IdeaWorks study and get to the real best frequent flyer programs of 2015. Yes, of course it does depend on what your travel goals are. If you only travel domestic economy, you can stop reading right now. You may even be better off with a cash back credit card if that's the extent of your travel.

But if you value international first class and business class, preferably not on a U.S. carrier, you'll probably agree with much of what I write below, even if you might order them a bit differently. The key factors I took into account:

We've redeemed a crazy number of AAdvantage miles in the past year, and have even bought a quite a few AAdvantage miles this year, since we don't fly any paid flights on American and our credit card bonuses and spend just weren't enough. Why? Great awards on alliance partners, namely Qantas A380 First Class, Etihad First Class, JAL Sky Suite Business Class, JAL First Class, and later this year, Etihad First Apartment, plus no frills but convenient awards such as airberlin Business Class, all with no fuel surcharges.

After AAdvantage miles, probably the awards I next most frequently redeem for clients are with Singapore KrisFlyer, and for good reason. Who doesn't like Singapore Suites? And even Singapore First Class and Singapore Business Class are excellent products vs. peers, particularly thanks to great Singapore Airlines service, plus the pre-order menu choices from Book the Cook. Yes, there are fuel surcharges, but in my view these are worth paying given the quality of the product.

I haven't personally redeemed miles on United MileagePlus since last year's United Award Chart Devaluation, but there can still be some decent redemptions, as when United offered discounted partner business class award redemptions earlier this year, or if your travel is to South America or to Hawaii, which weren't really affected by the devaluation. Just be sure to price out your award using Singapore KrisFlyer, since it may be cheaper with KrisFlyer.

British Airways unfortunately recently devalued its award chart again (see New British Airways Avios Devaluation), making international first class and business class awards even more expensive than they were. That said, the sheer number of British Airways flights between the U.S. and Europe mean that many of my clients who are couples and want to fly first class to Europe opt to use the companion ticket that they earn from spending at least $30,000 in a calendar year on their British Airways Visa to fly British Airways First Class.

The other use of Avios has been to secure a premium award on Cathay Pacific or Qantas, since the British Airways award calendar opens earlier than either American AAdvantage or Alaska MileagePlan. So if you're wondering where the Cathay First Class or Qantas First Class award is that you were coveting, chances are that it was either booked by one of the airline's own frequent flyer members, or a British Airways Executive Club member.

What do you think the best frequent flyer programs of 2015 are?

Earn Frequent Flyer Miles and Points as a Non-U.S. Resident?

Capital One Venture Card: 5 Reasons It Isn't Worth It