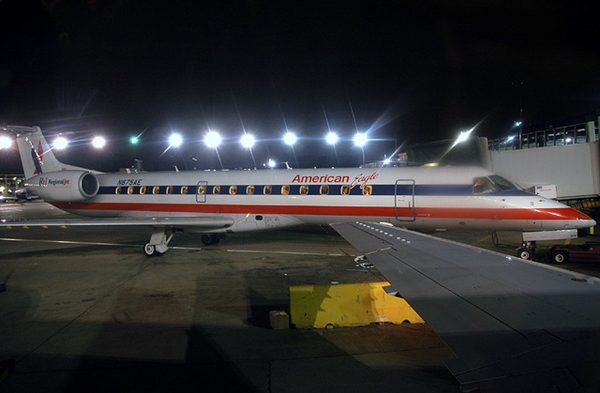 It’s summer travel time, and if you’re flying soon, you may well be wondering if your flight will be one of the unlucky ones that sits on the tarmac waiting to take off, somehow arrives without your luggage on it, returns to the gate due to unruly passengers, or is cancelled altogether. While so far we haven’t seen statistics on the airlines most afflicted by out of control passengers, there is plenty of data on U.S. Airlines from the U.S. Department of Transportation on on-time arrivals, cancellations and lost luggage.

Moving to cancellations, Frontier was least likely to cancel a flight, with just 0.1% of its March-May 2011 flights cancelled. Hawaiian, AirTran and Alaska were again in the Top 5, and JetBlue, which had the worst on-time arrival records of all airlines redeemed itself somewhat by being #6 in least likely to outright cancel flights. The worst airlines in terms of cancellations? American Eagle (although keep in mind skewed somewhat by a huge number of Chicago weather-induced cancellations in May); Express Jet, American, Atlantic Southeast, Mesa and Skywest. 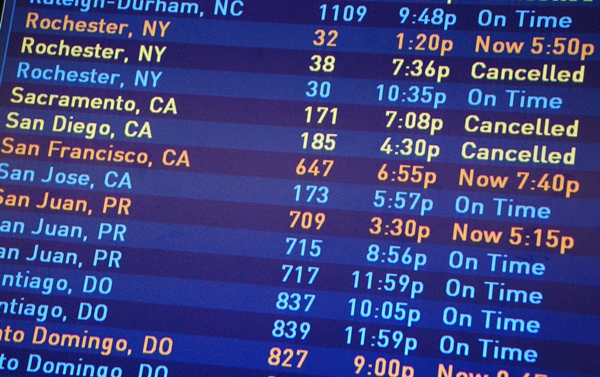 Finally, which airlines are the best and worst for lost luggage?  AirTran and Hawaiian are still among the Top 5, together with Frontier, JetBlue and US Airways, but Alaska slips to 8th place, joining Delta, United, Continental and Southwest in the middle. You may want to avoid checking luggage with Skywest, American, ExpressJet, Mesa, Atlantic Southeast, and particularly American Eagle, which managed to garner the dubious distinction of the airline with the most lost luggage in both May 2010 and May 2011.

So the upshot of all this? You may well not have a choice in airlines, depending on where you’re flying to, or the ticket price or available award seats may well be the controlling factors. If you do have a choice, however, and if late arrivals, cancellations or lost luggage (or all three) are big pet peeves, consider one of the airlines that are among the best in these areas. Of the major legacy carriers, United and US Airways are the best across the three categories, although Hawaiian, Alaska and Airtran, which have more limited route networks, are even better. In fact, you may even be treated to impromptu hula if you fly Hawaiian:

And American Eagle? Just. Say. No.