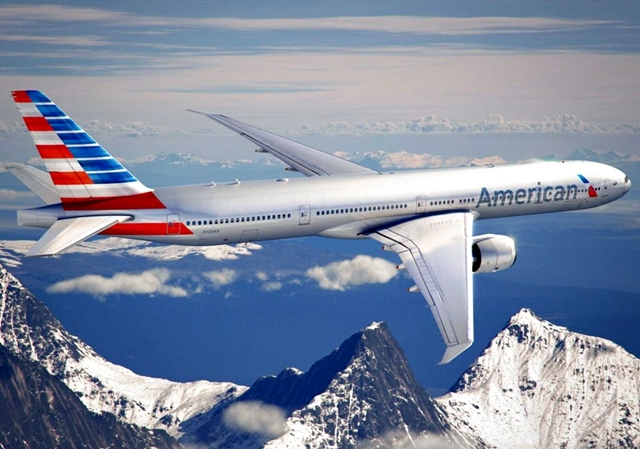 American Airlines' AAdvantage Will Have Revenue Based Earning as of August 1, 2016, and other frequent flyer changes for AAdvantage elites will reward those who spend more money on AA.

Revenue Based Earning, By Elite Status

Back in November 2015, when the American AAdvantage Award Chart Devaluation was announced, it was also announced that the AAdvantage frequent flyer program would become revenue based sometime in the second half of 2016, so we now know this takes effect for travel as of August 1, 2016.

Starting in 2017, AAdvantage will add a revenue requirement, elite qualifying dollars (EQDs) in order to attain and maintain elite status.

AAdvantage will also have a new elite tier in 2017, Platinum Pro, between AAdvantage Platinum and AAdvantage Executive Platinum. Platinum Pro will require 75,000 EQMs, 90 elite qualifying segments (EQS) and $9000 in EQDs. Here's the chart, which also includes the required EQDs for each elite status level:

Later in 2017: Upgrade Prioritization Based on Elite Status AND EQDs Earned Over the Past 12 Months

Currently, AAdvantage elite upgrades are prioritized first by status, and second by the time the passenger was added to the wait list. So between two Executive Platinums, the one who books earlier has higher upgrade priority.

In the unlikely event that two members with the same elite status and same EQD spend are vying for an upgrade, only then will the booking code of the flight in question and the time the upgrade request was made be taken into account for upgrade priority.

Later in 2017: Executive Platinums Can Use Complimentary Upgrades on Domestic AAdvantage Award Tickets

Again, “later in 2017” Executive Platinums will be able to use their complimentary 500 mile domestic upgrades on AAdvantage award tickets (from economy to business, but NOT from business to first class on 3 cabin aircraft). This is a benefit only for Executive Platinums, not for Platinum Pro or lower tier elites.

The biggest winners, with American AAdvantage going revenue based, are:

Will There Be EQD Waivers for Citi AAdvantage Credit Card Members?

Both Delta and United waive the spend requirement for elite status for those who have co-brand cards and spend $25,000 on the card in a year (in United's case, up to Platinum elite status level only).

So far American has not announced any waiver, but they could announce one later, subject to negotiation with Citi over the cobranded Citi AAdvantage cards.

Is the August 1, 2016 Date for Tickets Purchased or Travel Starting That Date?

The August 1, 2016 date for revenue based earning is for travel as of August 1, 2016 or later. Miles earning and EQDs will apply based on your travel date and the polcies that are in effect at that time.

Can I Earn Platinum Pro New Elite Tier Based on 2016 Travel?

No, the qualification period for Platinum Pro will only start January 1, 2017, so it can't be earned for any 2016 travel.

Is There a Maximum Number of AAdvantage Miles That Can Be Earned for a Single Ticket?

Yes: a maximum of 75,000 AAdvantage miles can be earned for a given ticket, including all elite status and class of service bonuses. There's no maximum of EQDs that may be earned, however.

Should I Care About These Changes If I Only Fly on AAdvantage Award Tickets?

Are you affected by American Airlines going to revenue based earning, and if so, do you plan to stay with American or shift more of your spend to other airlines?

Which Travel Credit Card for AA Flights and Other Business Travel?