TravelSort Reader Pila writes “The American distance based [oneworld explorer] award is a better deal [than the American all partner award chart for getting to Europe in first class]. For 180,000 miles, that puts you in the under 20,000 mile distance Zone 7 wich means you can fly to AUH [with Etihad] and still connect to other places in Europe and get back home all for 180k. Is that correct?”

Unfortunately, as I replied to Pila in the comments to our post The Top 5 Ways to Get to Europe in First Class, this doesn't work for flying Etihad first class, since although it's an American partner, it's not a oneworld partner. Even though we've mentioned American's distance-based oneworld award chart before in Maximizing Awards Using American AAdvantage Miles, it's worth going into more detail about how these awards work, along with a few examples.

Why Use an American Oneworld Explorer Award?

The regular American All Partners Award has some key limitations:

The American Oneworld Explorer Award Chart helps with both the above restrictions since you are allowed up to 16 segments and can stopover once in each city. You also no longer have to deal with the routing restrictions. That said, there are other key rules to follow:

Note that transferring between co-terminals, or different airports in the same city, such as arriving in BER and departing in TXL, counts as a segment.

3. You May Stopover at Each City Once, and Connect Through a City Twice

You may stopover once at each airport in your itinerary if you wish. A stopover is over 4 hours when traveling in the U.S., or over 6 hours at international destinations. Note that once you return to the airport you started your award at, that concludes the award. You can get around this by starting somewhere other than where you live.

4. After Ticketing, Only Date Changes Are Allowed

You are not permitted to make changes to the airlines or routing; to do this you'd have to start over and rebook. If your original flight is cancelled or the carrier reduces the frequency of the route you *may* be able to get American to rebook you on a different carrier, but in general they are very strict and only permit date changes.

5. Valid for 1 Year from Date of Issue

6. You Must Call to Book a Oneworld Explorer Award

Note that many American agents are *not* experienced with booking these. Be sure to check availability first, for example by using Qantas.com to find award availability, before you call. Let the agent know that you are booking with the distance-based oneworld explorer award chart, then provide the relevant segments to the agent.

As you can see from the oneworld explorer award chart, many of the best deals are for business class, given the significant premium for first class, especially as you get up to distance zones 7, 8 and 9. 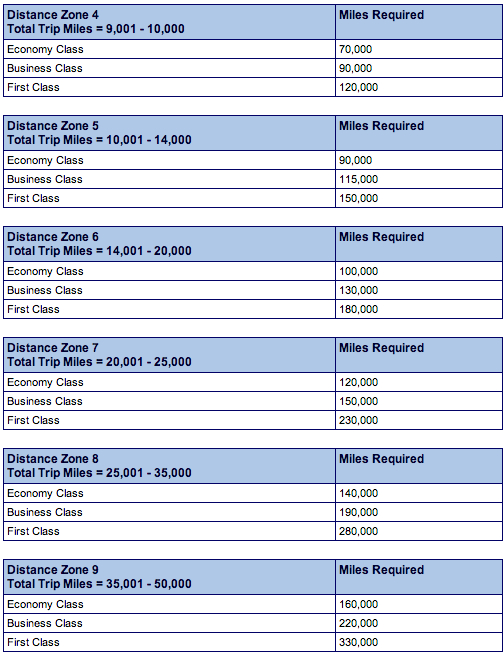 While I realize you may not live on the East Coast, it can be a better value to buy a cheap revenue ticket to NYC or ORD and depart from there, rather than using up miles by flying from the West Coast, especially if you're flying a business class explorer award ticket. Here's a Distance Zone 5 routing around Europe. I'd aim to fly Iberia and Air Berlin as much as possible, but LHR-DME would be on British Airways, with fuel surcharges–in my view, it's a better business class product than, say Air Berlin. 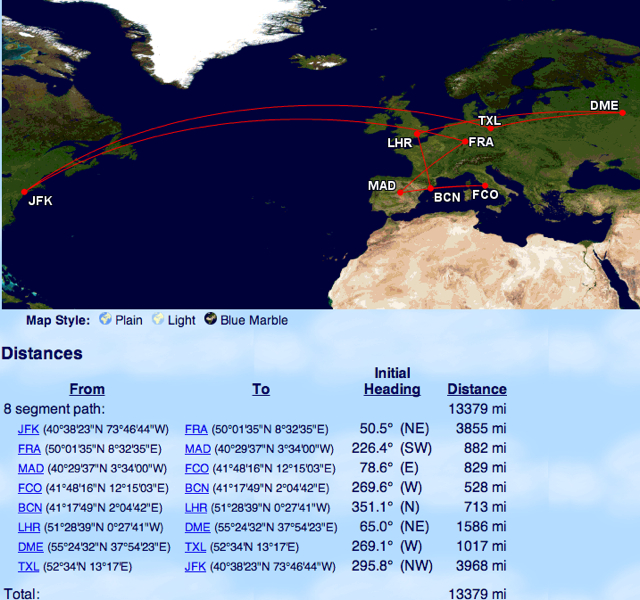 In this example, we use an open jaw between Bali and Australia to save us some miles and enable us to fly Cathay and Qantas on the other flights, though you'd then need to buy a revenue ticket for this segment. 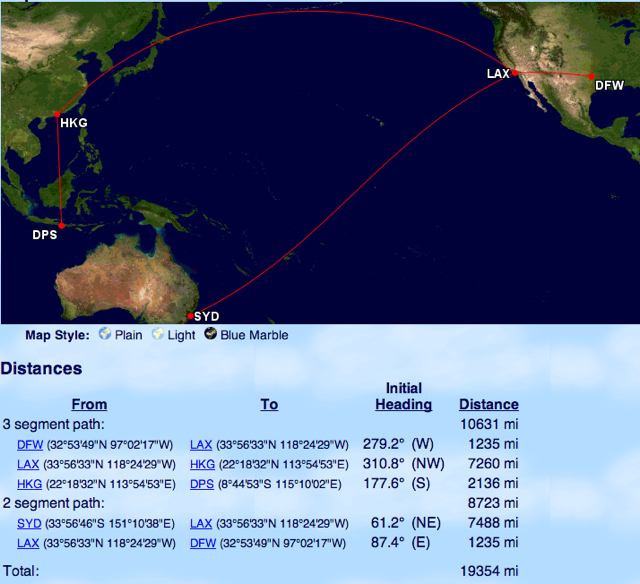 In this example we squeeze in more stops in Asia such as Bangkok and Tokyo, as well as a trip to New Zealand, for just 20K more AAdvantage miles than a Zone 6 Business Class award. We have to backtrack to Sydney for the flight back to LA on Qantas, but can only stopover in Sydney once, as per the award rules. 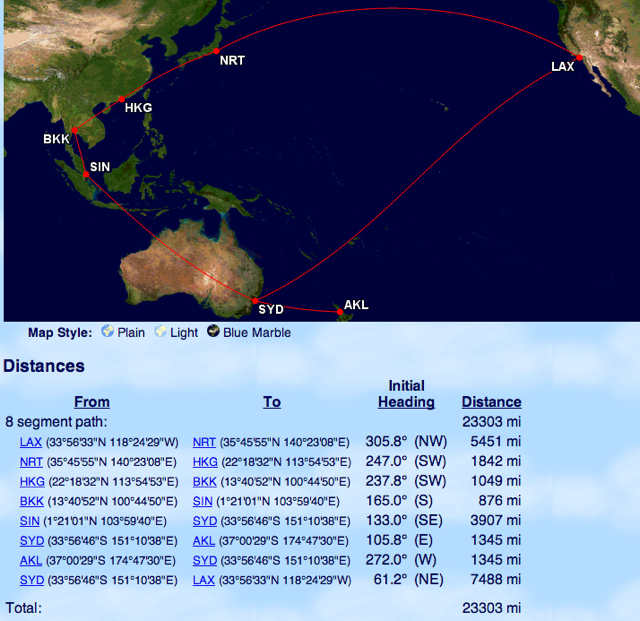 Have you used an American Oneworld Explorer Award to maximize your AAdvantage miles?

How to Fly Hawaiian from NYC to Hawaii with AAdvantage Miles