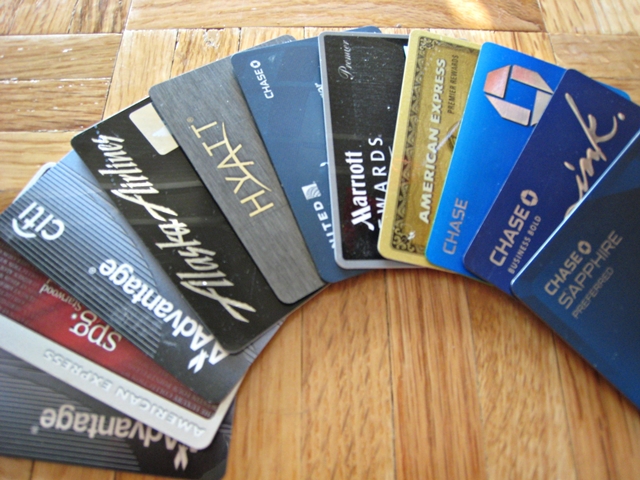 The article references Jay Sorensen of IdeaWorks (the company that does those highly flawed studies on airline and hotel loyalty programs), who states that on average, redeeming points for rooms at Starwood hotels yielded a 3.1% return. That sounds about right. But come on, a paltry 3.1% return? When I redeem miles and points for flights, I like to see at least a 5-6% return, and more usually our return is 10-14%, based on the retail price of the paid ticket.

Now, you could say that most people wouldn't pay retail price for a first class ticket, but then, many of the people redeeming hotel points for St. Regis or Park Hyatt hotel rooms wouldn't pay retail price for those nights either. You have to be consistent with your return methodology, so retail price is the fair way to compare these redemptions to each other, even if for your own personal decision of how to redeem your miles and points you should establish what you would otherwise pay for a hotel night or a flight.

Starwood Preferred Guest (SPG) Starpoints are mentioned as the most valuable hotel loyalty program points. But in fact, even these points yield their greatest value if transferred to frequent flyer programs (see SPG Airline Partners: Transfer Starwood Points to Miles). The only issue is that the points transfers aren't instant. My favorite programs to transfer to are topping up a Lufthansa Miles & More account for Lufthansa First Class award tickets and transfers to Alaska Mileage Plan, which is otherwise hard to earn miles in if you don't fly Alaska Airlines.

Everyone's situation is unique: obviously if you live near a given airline's hub, you'll likely prefer to have that airline's credit card over an airline that you rarely fly and doesn't have partner airlines that fly to your city.

But if you care about international first class and business class and are willing to travel to a U.S. gateway city, my recommendations (assuming you can earn and redeem before the March 22, 2016 AAdvantage Award Chart Devaluation) are Citi AAdvantage cards and to a lesser extent, the Alaska Visa, even though it only has a 25,000 signup bonus. I dislike Delta because of the lack of good SkyTeam partner airlines, the inability to redeem for international first class, and the sky high cost of even many international business class award tickets. I've used United MileagePlus miles very little since the United Award Chart Devaluation, but at least there are better Star Alliance partners than in SkyTeam.

As you can see in my recent post, How We Earned 1 Million Miles and Points in 2015 Without Flying, NONE of the credit cards we applied for in 2015 were hotel credit cards, and there's good reason for that. The best luxury hotels in the world (think Aman Resorts, Four Seasons, The Peninsula, Mandarin Oriental, Rosewood, New Zealand luxury lodges and other boutique hotels) are not part of any points-based hotel loyalty program. And for virtually every major destination (with the exception of a few places such as Sydney, Australia where arguably the Park Hyatt Sydney is the best hotel) the leading hotel in the market is NOT part of a hotel loyalty program.

This is why we choose to focus all of our earning on frequent flyer miles and points that transfer to frequent flyer programs. That's not to say we won't eventually apply for another Hyatt Visa, as the 2 free nights offer at any Hyatt in the world is compelling. But we and many of my clients prefer to leverage the points we earn for truly best in class products such as Singapore Suites, so as to be able to stay at comparable, best in class hotels and resorts such as Amanpulo, Four Seasons Hualalai, Monastero Santa Rosa, Four Seasons Maldives at Landaa Giraavaru, Otahuna, and others.

Airline frequent flyer programs and hotel loyalty programs will devalue their award charts, whether on their own or as part of a merger–the AAdvantage Award Chart Devaluation is a natural outcome of US Airways acquiring American Airlines, and you can bet that the Starwood Preferred Guest Program will be significantly devalued at some point, given the Marriott acquisition (see Marriott Acquires Starwood: 4 Reasons to Be Pessimistic).

The best hedge against these devaluations, in addition to consistently redeeming your miles and points rather than hoarding them (see Redeeming 800K Miles and Points: Why We Don't Save Our Miles) is to earn transferable points, namely:

Bottom Line
Ultimately, each person has different travel preferences, so different credit cards will make sense for different types of travelers. But please, don't redeem your points for merchandise or the “Pay with points” options–those are some of the worst value redemptions out there, and if you really can't find any other use for your points, you should be using a cash back card.
Related Posts
7 Reasons to Diversify Beyond AMEX Membership Rewards Points
Will Opening and Closing Credit Cards Hurt Your Credit Score?
2016 Chase Freedom 5X Calendar: Gas, Grocery Stores, Restaurants, Holiday Shopping
How to Decide to Close or Keep a Credit Card?
50K AMEX Business Gold Offer: How to Get It