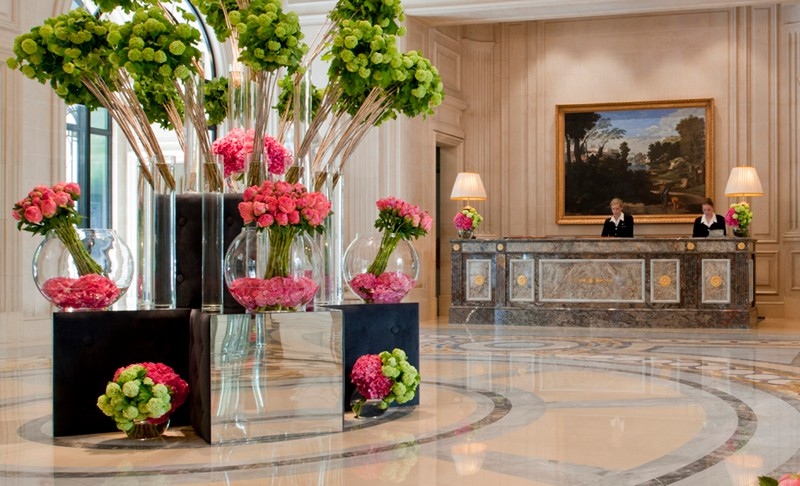 Why is Airline Customer Service Worse Than Hotel Customer Service? TravelSort reader Craig writes “I travel mostly within the U.S. for work, and I'm sure I'm not alone in experiencing poor customer service, from stressed and curt gate agents to bitter flight attendants who seem to be going through the motions to weeks of non responses if I send in a complaint or missing miles request. Admittedly, this is Economy or Premium Economy, as my company won't pay for business class and I'm a low level elite so never get upgraded.

But most hotels I stay at, whether a Hyatt, Westin or more rarely a Ritz-Carlton or Four Seasons, have much better customer service, as well as resolutions if something goes wrong. And I'm just staying in the least expensive rooms, not a suite. Why is the customer experience so different?”

While there are many examples of excellent airline passenger experiences and poor hotel guest experiences, Craig's question does ring true to many travelers. I think there are several reasons for this:

1. The Airline Industry Is Far More Concentrated and Oligopolistic Than the Hotel / Lodging Industry

The result is that many travelers can't boycott an airline even if they want to, since it may operate most of the flights from their nearest airport, or offer the only nonstop flight to their destination. Airlines known this, which helps account for Delta CEO Ed Bastian's comment stating that “…while we appreciate the loyalty of flyers, we couldn't continue to give [upgrades] away.” (see FlyerTalk article Delta's New CEO: Giving Away Upgrades for Loyalty No Longer Makes Sense.)

By contrast, if a traveler has a terrible experience at a Marriott, it's usually feasible to find another hotel to stay at, even avoiding both Marriott and Starwood properties given the merger.

2. Hotels Place Greater Emphasis on Customer Experience for Both New and Existing Staff

As the in-flight announcements inform you, the flight crew is there primarily for your safety. Sure, airline job postings usually also emphasize customer service skills, and that you are the face of the company, but ultimately cabin crew have quite a bit of discretion about how they carry out their duties, and are judged primarily by their adherence to safety and other rules, not by whether they've provided excellent and caring service to passengers.

For hotels, on the other hand, customer service, particularly for their front office staff including reception, concierge, reservations, and managers, is vital. It's extremely challenging to advance to a managerial role at a hotel, especially a luxury hotel, without good people skills and a customer-centric service ethic.

3. Hotels Create a Better Work Environment and Benefits for Their Staff

Peruse the Fortune 100 Best Companies to Work for 2017 list, and you'll see several major hotel companies: Hyatt (#32), Marriott (#33), and Four Seasons (#79). Yet there's only one airline listed, Delta Air Lines (#63). Sure, airlines do provide a great travel benefit of free travel to employees and immediate family members, although it's only on stand-by.

At some luxury hotels, such as Four Seasons, it's so important that all new employees (including housekeepers, cooks, etc.) understand how guests should experience the hotel, that after successful completion of training (Standards Training Programme) and a probationary period, they are given a complimentary experience at the hotel so that they can better provide the Four Seasons experience to guests.

Ultimately, staff who are in a better and more supportive work environment where they feel treated fairly, tend to be better at providing excellent customer service, all else being equal.

Flight attendants start with average entry level pay of about $25,000 per year plus benefits, and while pay does increase with seniority and with working additional flights, or in some cases for having special skills such as fluency in other languages, it's not as if a flight attendant can aspire to a pilot's job or pay level.

Contrast this with hotels, where it is possible for the most skilled and hard working entry level staff to work their way up to Assistant Manager and General Manager roles, even if at another hotel; some hotel companies have fast-track manager in training positions that recruit from hospitality schools, for especially talented new hires.

It's natural for the greater upward mobility potential to motivate hotel staff to provide better customer service than airline staff who can feel stuck, without the opportunity to grow further in their career or significantly expand their responsibilities.

Is it a coincidence that the major U.S. airline most lauded for service, Delta, also isn't unionized, when it comes to its flight attendants (although its pilots are unionized)? There are of course many unionized hotels as well, including in my city of NYC, and perhaps not coincidentally clients often wistfully speak of the much superior service they receive in Asia, compared to NYC and other heavily unionized U.S. hotels.

In an example outside of the hospitality industry, teachers' unions in NYC mean that it's extremely hard to get rid of an atrocious teacher; usually that teacher will be transferred out of the school, but potentially to another school, or into an office job, while excellent but lower tenure teachers continue to be paid less than poor performing but more senior teachers.

In general, labor unions aim to have their members attribute any gains in salaries or benefits to the union's negotiating skill, rather than to individual merit, and a union member's seniority at the company tends to increase an individual's earning power and make that person more difficult to fire. In this situation, it's hardly surprising that the incentive is to stick around but not necessarily to provide the best customer service.

Do you agree that in general hotels provide better customer service than airlines, and if so, why?

What Drives Customer Loyalty in the Travel Industry?

How to Complain to a Hotel

Can a Hotel Cancel Your Confirmed Reservation?