Through my award travel consulting business I help people redeem their miles primarily for international premium cabin award tickets. Nonetheless, I have quite a few people contact me that aren’t interested in award tickets, but would rather use their miles to upgrade a revenue ticket, because they would prefer to earn miles for their tickets, either so that they can requalify for a status level or so that they don’t entirely deplete their mileage balance. In almost all instances I’m able to convince them to go for an outright award ticket, because the math just works out better that way. It’s a topic I’ve never really thoroughly covered, so let me give it my best shot.

First of all, as I begin this discussion, let me emphasize that my focus is on international travel for leisure travelers who have the choice of using miles to upgrade or to book an outright award ticket. If you’re a business traveler, you don’t have much of a choice – your company is likely footing the bill for at least a coach ticket, if not business class or a Y-up fare, so you probably consider it worthwhile to play “upgrade roulette.” With that out of the way, here are my top five reasons for booking an outright award ticket instead of upgrading.

The price premium for an upgradable ticket keeps going up

In the past, the price premium for an upgradable ticket used to be reasonable, meaning that the price difference between the cheapest available ticket and an upgradable ticket wasn’t all that much. Nowadays airlines have largely eliminated any fare requirements for upgrading with miles. Instead, they require you to pay a “co-pay” to upgrade, and that’s in addition to the miles you pay. So while you can now upgrade that $1,000 ticket to Hong Kong, it will cost you $500 and 25,000 miles each way, for a total of $2,000 and 50,000 miles. So while you often don’t have to purchase a premium fare in order to upgrade, you’re basically paying $1,000 in cash to upgrade a roundtrip ticket, which is often more than the premium used to be for an upgradable ticket.

Upgrade inventory used to be more readily available than award inventory. In other words, a given flight would have a lot more confirmable upgrade seats than confirmable award seats. That makes sense, since an airline would rather upgrade someone and still get a coach ticket price, co-pay, and miles, as opposed to just releasing an award seat and exclusively getting miles in return. So while the lure for upgrading used to be a function of the availability being better, that’s often not the case anymore. Instead, upgrade inventory is usually about the same nowadays as award inventory. There are certainly exceptions, though it’s a trend as of late. I’ve found this to be especially true of United flights to Hawaii, for example, where upgrade inventory and award inventory has often been the same, recently. The only reason I can think of for this inventory change is that the airlines are hoping that a customer from a partner airline will book those seats, which would mean the partner airline has to pay them for the seat, instead of just getting liability off their books through the redemption of miles.

The development of alliances increases the value proposition of awards

Ten years ago, before the three major alliances ruled the airline industry, airlines operated mostly independently, especially as far as their frequent flyer programs went. If you had United miles, you would almost always redeem those for travel on United. It was that simple. Nowadays we see the three major alliances, which have exponentially increased the value of miles. This is partly because the development of alliances has caused airlines to cut back service to many destinations, instead choosing to codeshare with other airlines so that they can share revenue without doing any of the flying. The problem is, upgrading on other airlines isn’t cheap or easy. The Star Alliance, the largest and most comprehensive airline alliance, has a “Star Alliance Upgrade” program. However, you can only actually upgrade if you’re flying on a near full fare ticket, which to the average leisure traveler, is unaffordable.

What that means is that your upgrade won’t get you as far as it used to. For example, I recently had a client that wanted to use United miles to fly from Los Angeles to Cairo, but insisted on upgrading instead of booking an award ticket. If we were to upgrade a somewhat reasonably priced ticket, the best we could do would be to book an itinerary fromLos Angeles to Chicago to Frankfurt on United, connecting on Lufthansa from Frankfurt to Cairo. While upgrading the segments on United wouldn’t have been an issue, she would still be in coach on the Lufthansa flight from Frankfurt to Cairo. Instead, I booked her a one stop itinerary from Los Angeles to Frankfurt to Cairo, in Lufthansa business class the whole way. That itinerary cost 115,000 miles and about $100 in taxes, while a revenue ticket would have cost around $1,500, plus $1,000 in co-pays, plus 40,000 miles… and that wouldn’t have even gotten her upgraded on the four hour flight from Frankfurt to Cairo. 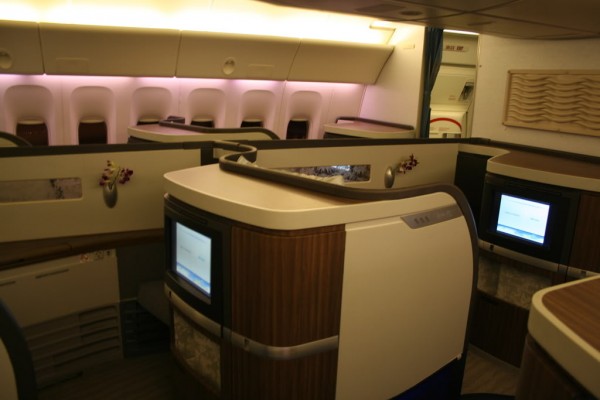 One of my favorite aspects of award tickets is that most airlines allow stopovers on award tickets. That means that on my way to my final destination, I can stop in another city and spend however long I want there (within the ticket validity period, which is a year) before continuing onwards. If you’ve ever tried to price a revenue ticket with a stopover, you’ll notice that “breaking” the fare in another city can greatly increase the cost of a ticket. Furthermore, in many airlines’ programs, upgrades are priced separately if you choose to have a stopover. So if you’re like me and want to stop in Hong Kong on your way to Bali or in Tokyo on your way to Shanghai, stopovers on award tickets are invaluable. 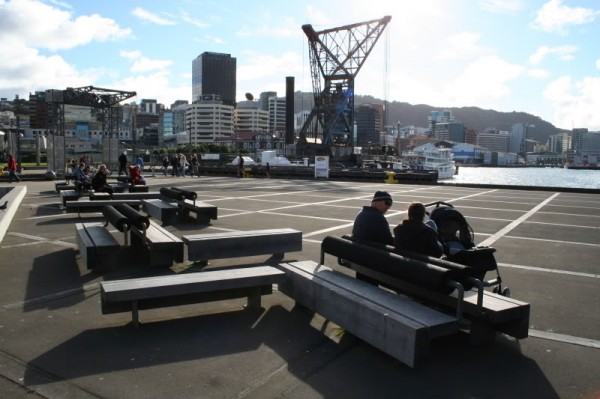 Miles are getting cheaper to buy and acquire

A lot of my clients are retired and earned millions of miles back in the day, and are slowly burning through them as they travel the world. Some view their mileage balance as a retirement fund of sorts, and they don’t want to burn through them too quickly. I can certainly appreciate that, and understand how one would rather part with 60,000 miles and then earn back 20,000 miles by booking a revenue ticket, as opposed to spending 100,000 miles for an award ticket.

However, what a lot of people fail to consider is the price at which miles can often be purchased nowadays. As I wrote about a couple of weeks ago in “When Does it Make Sense to Buy Miles“, miles are actually often being sold directly by the airlines nowadays at prices that are worth taking advantage of. USAirways has a long history of selling miles at about 1.5 cents each. If you don’t feel like buying miles, you can also acquire them for free or very little, through some of the fantastic credit card bonus offers we’ve been seeing and cards that give you double or triple miles for certain kinds of purchases. I covered some of these opportunities in “Choosing the Right Travel Credit Card for You.”

Another aspect you should keep in mind is that many of the mileage programs either have recently raised the miles required for both upgrades and award tickets or are expected to do so. I would argue that while a huge mileage balance is great to have, it’s best to use those miles sooner rather than later as program changes will devalue them over the coming years. 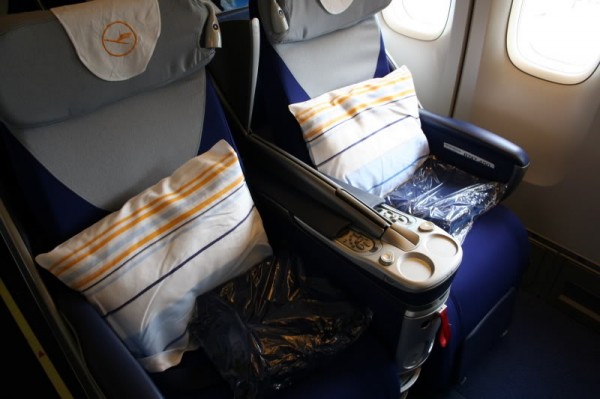 So as I’ll demonstrate below, you’re a lot better off spending your money on buying miles as opposed to buying upgradable tickets.

So while that probably sounds nice in theory to most of you, let me give some concrete examples to drive my point home.

The alternative would be an award ticket for 125,000 miles in business class, with taxes of under $100. So as a direct comparison, you have the choice of paying $2,000 and 35,000 miles, or 125,000 miles and under $100. To break it down further, that’s really $1,900 (subtracting the $100 in taxes) vs. 90,000 miles (subtracting the upgrade co-pay). That’s over two cents per mile, but this fails to consider the above points. Specifically, if you go the route of a revenue ticket, you won’t get a free stopover, you won’t get a premium cabin seat on any connecting flight, and most importantly, you’re stuck flying a US airline, when you could be flying a premium Asian or European airline.

I find the above to be the “best case scenario” for an upgradable ticket. In other words, it only goes downhill from there. Once we talk about more expensive destinations (look at ticket prices to South America, Australia, South Africa, etc.), trips with multiple stops, destinations that the airline you have miles with doesn’t fly to, etc., outright award tickets look even more compelling.

Become a Member to find your perfect luxury or boutique hotel at wholesale prices: TravelSort Hotels