One question I often get asked by readers is whether to focus credit card spend on airline credit cards, or whether it makes sense to earn points with hotel programs instead.

While the Starwood American Express credit card is often praised as the best all around credit card thanks to the flexibility of their points, other hotel programs have excellent credit cards as well that are often overlooked.

Here’s how I would prioritize the credit cards offered by the major hotel chains, based on overall attractiveness:

This card is probably regarded as one of the best all around credit cards regardless of whether you prefer to use your points for hotel stays or airline travel.

Starwood’s American Express card offers two points per dollar spent at Starwood hotels, and one point per dollar on everything else.

What’s great about Starwood points is the variety of things they can be redeemed for. If you prefer to redeem them for hotel stays, you can either book outright hotel stays using points, or otherwise take advantage of their “cash and points” program. Through “cash and points” you pay a reduced number of points and small cash supplement for a stay, which works out to be a great deal if available. A category one hotel, for example, would cost 1,200 points plus $25 (compared to 3,000 points outright), while a category six hotel would cost 8,000 points plus $150 (compared to 20,000+ points outright).

What makes this card special is the ability to efficiently redeem hotel points for airline miles. Starwood points can be transferred at a 1:1 ratio to any of over 20 airline programs. The added bonus is that for every 20,000 points you transfer, you get an additional 5,000 point bonus, meaning you’re essentially earning 1.25 airline miles per dollar spent.

While I’m not especially fond of the Hilton HHonors program as a whole, I do kind of like their Surpass credit card. It offers several unique benefits, including the ability to earn top tier status solely through credit card spend.

The card offers Hilton HHonors Gold status for the first year of being a cardmember, which is actually one of the few truly valuable middle tier hotel status levels. Gold status offers free internet and club lounge access (or alternatively complimentary breakfast), as well as room upgrades. After the first year you automatically earn Silver status.

Also, if you spend $40,000 on the card annually, you get Hilton HHonors Diamond status, which is their top tier status.

Hilton has seven categories of hotels, with the top hotels costing 50,000 points per night. Given that you’re earning a minimum of three points per dollar through credit card spend, that translates to $16,667 of spend required for a free night at the highest end properties.

The card has a $75 annual fee and currently offers a 40,000 point sign-up bonus, though I’ve seen better in the past.

But the card has some benefits that make it truly awesome. For one, you earn a free night annually that can be redeemed at any Priority Club property (except those that are “all inclusive”), even InterContinental hotels. That’s up to a 40,000-point value each year. Furthermore, you get a 10% rebate on all award redemptions, so if you’re otherwise a Priority Club customer that’s quite valuable. 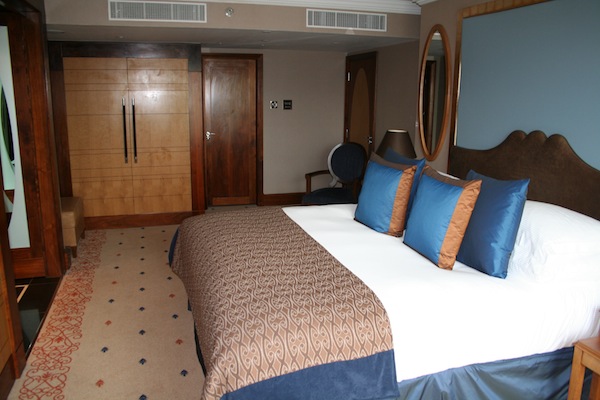 Given that the annual fee is only $49 (which is waived for the first year) this isn’t a card you’ll want to spend a lot of money on, but rather one you’ll want to keep in a drawer for the annual benefits for a long time. The current sign-up bonus is 30,000 points after the first purchase, though the card routinely comes with a larger sign-up bonus.

Despite the card only having been introduced last year, it has already become quite popular. The card comes with Platinum status, which is Hyatt’s entry level elite tier, offering free internet and late check-out, among other benefits.

Hyatt’s hotels are separated into six categories, with the most expensive costing 22,000 points per night. That would include hotels like the Park Hyatt Paris, Park Hyatt Maldives, etc. Given that these hotels often go for over $1,000/night, that’s not a bad return on $22,000 worth of credit card spend. 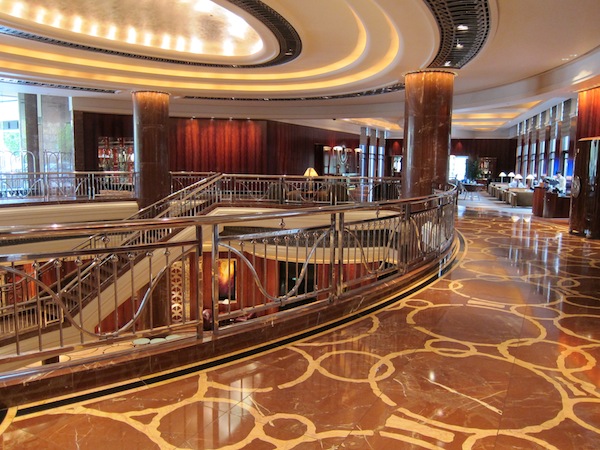 Would I use the Hyatt Gold Pasport Visa as my primary credit card for everyday spend? No, I think there are other cards with better earnings ratios, and I prefer the ability to earn airline miles. That being said, I have lots of friends that have more miles than they know what to do with but not enough hotel points, and they love this card. I don’t blame them, given that Hyatt has some truly spectacular hotels.

Given how new this card is, it will be interesting to see what they do to retain members. In my opinion they have to do something to incentivize cardholders to keep the card. The sign-up bonus is great, but that’s not doing a whole lot to encourage people to keep the card beyond a year and pay the $75 annual fee for another year.

Update: the renewal benefit is one anniversary award night each year, but it's limited to a Category 1-4, so that excludes top properties such as the Park Hyatt Paris Vendome, the Park Hyatt Maldives, etc.

The Rewards card offers 30,000 points after the first purchase and two free nights at category 1-4 hotels upon approval.

The card also offers three points per dollar spent at Marriott hotels and one point per dollar on all other purchases.

The Rewards Premier card is similar in many ways, though also has some added benefits.

For one, the card comes with a 50,000-point sign-up bonus after the first purchase, though not the two free nights.

Another unique benefit of the card is that it offers one free night annually at category 1-5 hotels.

Given that a category 8 hotel (top hotel category) costs 40,000 points per night and you only earn one point per dollar spent on everyday purchases, that’s not an especially good earn rate, requiring $40,000 of spend for one free night (compared to Hilton, which requires less than half of that). 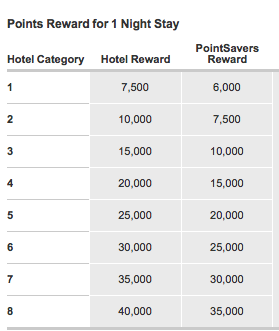 It’s worth at least briefly noting that Hilton also has a no annual fee Visa credit card which isn’t quite as rewarding, but then again I kind of expect that when there’s no annual fee.

Wrapping it all up, here are some final thoughts:

– The Hilton Surpass card is a great way to earn top tier hotel status if you don’t otherwise stay at hotels a whole lot, but want the stays you do make to be special. Top tier status for only $40,000 of spend annually is quite generous.

– The Starwood American Express card remains the best all around hotel credit card. The flexibility the card gives you is amazing, both in terms of airlines and hotels. If you’re redeeming for hotels, Starwood is great in terms of the value for mid-tier hotel redemptions, so if you like to stay at hotels like Sheratons, Westins, Le Meridiens, etc., you’ll be racking up points at a pretty good rate.

– You really should have the Priority Club credit card and keep it for as long as you can (while paying the annual fee), though not actually use it for daily spend. A free night annually, even at an InterContinental hotel, is a pretty amazing deal.