While I’m a near full time mileage runner (whereby I fly for the sole purpose of accumulating airline miles as inexpensively as possible), I often ask myself whether I should really just outright buy miles instead of spending a countless number of hours flying. On one hand, there are lots of benefits to mileage running beyond the redeemable miles you earn. For example, at United I earn systemwide upgrades, confirmed regional upgrades, unlimited domestic upgrades, elite qualifying miles, lounge access, and lots of other perks for my travels. At the same time, the end goal for me is to earn redeemable miles that I can use for award travel. While I wouldn’t earn all those benefits if I were just buying miles, I would be saving a lot of time, which I should put a value to as well. Then again, unlike most people, I actually enjoy flying. 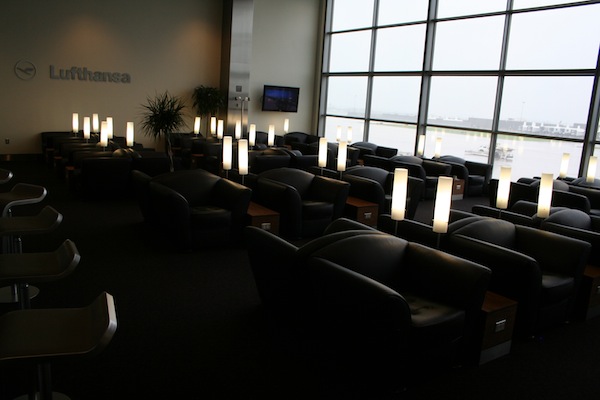 But for those that otherwise wouldn’t mileage run, when should you actually pull the trigger on buying miles? Well, let’s break it down based on the type of traveler you are. For one, chances are that buying miles will almost never make sense for you if you want to use miles for domestic travel. With enough planning you could buy a revenue ticket that’s cheaper than just about any opportunity to buy miles, so in almost all such cases it won’t make sense.

That narrows it down to international travel, where there are potentially huge benefits to purchasing miles, especially if you’re seeking to fly in a premium cabin. So before we do the math on the real cost of award redemptions, let’s look at a few of the mileage offers that have been out there recently.

US Airways is notorious for selling miles at a discount, though slightly less now than in the past. For several years they have almost consistently offered promotions whereby they sell miles for half off, which result in an “all in” cost of about 1.5 cents per mile. While there have been different terms and restrictions throughout the years, with enough patience that’s a deal anyone can get in on. To put that into perspective, a business class ticket to Europe costs 100,000 US Airways miles, and a business class ticket to much of Asia costs 90,000 US Airways miles, so through a promotion like this you’re looking at paying somewhere in the range of $1,500 for a business class ticket to many parts of the world. In many cases, that’s cheaper than coach, especially when you factor in that you’re entitled to a stopover on an award ticket, which typically costs extra on a revenue ticket. 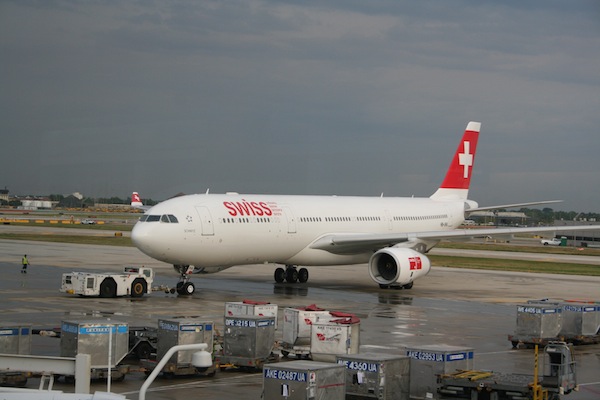 Other airlines aren’t quite as aggressive as US Airways when it comes to selling miles, though still offer some deals that are worth considering. While the cost of purchasing a mile directly from an airline is usually in the range of 2.5-3.0 cents, it’s not unusual for the cost to dip down to about 2.0 cents each. For example, as part of their “30 Deals in 30 Days” promotion, American sold AAdvantage miles for under 2.0 cents each. The average mileage junkie probably wouldn’t even consider that, though unless miles grow on trees for you, it’s really not a half bad deal. For example, a first class award ticket to Japan costs 125,000 miles, so through a promotion like this you would be looking at a first class award ticket for around $2,500, or about 10% of the retail price. 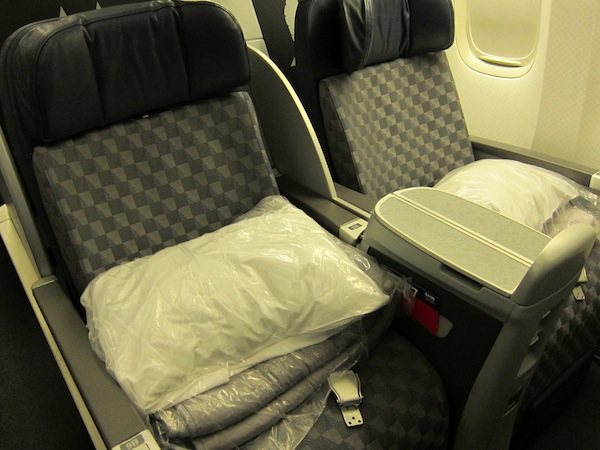 On an even more general level, American Express indirectly “sells” Membership Rewards points for 2.5 cents each. They let you borrow points for a year, and if you choose not to “repay” them in the form of purchases, you get charged a fee of 2.5 cents per point. In general that doesn’t sound very attractive, though mix in a transfer bonus and it looks much more interesting. For example, British Airways Executive Club recently offered a 40% transfer bonus from American Express Membership Rewards, so if you used “purchased” points from American Express towards a British Airways mileage transfer, you would really be getting 1.4 British Airways miles per Membership Rewards point, which translates to under 1.8 cents per mile. Through British Airways you could book a Cathay Pacific business class award ticket from the US to Asia for 100,000 Executive Club miles, or about $1,800. If you include a stopover, chances are you won’t find a coach ticket much cheaper than that. 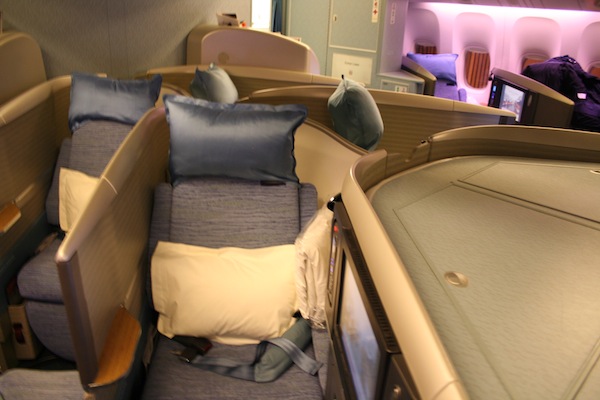 So why aren’t we all in a mad rush to buy miles? Well, probably because for those of us in the United States there are so many inexpensive ways to accrue miles. Thanks to credit card bonuses alone, there are people accruing close to a million miles a year without stepping foot on a plane. The reason buying American AAdvantage miles probably didn’t sound attractive to a lot of you is because you applied for a Citi credit card that gave you 75,000 AAdvantage miles after just a few thousand dollars in purchases. Maybe you even got two of the cards, for 150,000 “free” miles. The same goes for British Airways miles, given that that they have a sign-up bonus right now offering 100,000 miles after just a few thousand dollars in purchases.

But not everyone has the luxury of accruing hundreds of thousands of miles a year for next to nothing, especially if you don’t live in the US or don’t have good credit. In that case, assuming you want to travel internationally and value premium cabins somewhat, you really should get in on just about any opportunity to buy miles for under two cents each.

I’m not one to subscribe to the theory that an international first class ticket is “worth” the retail price of $20,000+. Instead, I place a reasonable value on premium travel, and consider it worth maybe 50%-100% than coach travel, depending on where I’m headed and how long the flight is. With that in mind, just about any opportunity to buy miles at under 2.0 cents each is worth taking advantage of.

I’m not suggesting anyone subscribe to my valuation, though. To determine how much you should be willing to pay for miles, consider a trip you’ll likely be taking in the future. Price out the ticket on Expedia, Orbitz, etc., in coach, and figure out how much it would cost you. Then look into how many miles that ticket would cost you with the most “affordable” frequent flyer program in your preferred cabin. The thing to keep in mind is that the cost of an award ticket isn’t just the number of miles you’re spending, but also the number of miles you’re giving up by not booking a revenue ticket.

For example, if I’m booking an award ticket from the US to Europe and am trying to decide between a coach ticket for $1,000 and a business class award for 80,000 miles, the real “cost” of the award ticket is 80,000 miles plus the value of the 10,000 miles I’m giving up for not booking a revenue ticket. 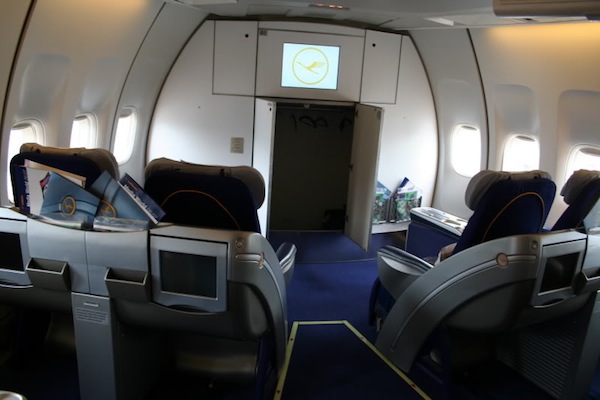 From there, just consider how much of a premium you would be willing to pay for a flight in first or business class, and then factor in what the taxes would be on the award ticket.

The math works out differently for everyone, but I’m sure you’ll find that even when miles cost in the neighborhood of 2.0 cents each, the math will often work out in your favor.

The last thing to consider is that in almost all cases, it can make sense to “top off” an account if you're looking to book a ticket and have a mileage amount that's close to the number of miles needed. The math should be done the same as above, though there are definitely benefits to being able to plan when you'll need the miles in advance. If you need the miles for an award from one day to the next, your only option might be to buy miles directly from the airline. If, on the other hand, you know a couple of months before you want to book the trip, you can earn miles creatively, through an airline's dining program, their online shopping malls, by buying flowers through their promotional partners, etc. For example, I was recently about 5,000 American miles short for a Cathay Pacific first class award, so when I bought my new Macbook Air, I did so through macmall.com, which is one of American's online shopping partners. For that purchase I earned three bonus miles per dollar, which came out to about 5,000 miles. While it's far from a rate at which I would buy miles, it was a nice way to earn some extra miles for a purchase I would have made anyway, thereby “topping off” my account.