What do you think when you think of subway stations? Good for getting a train somewhere fast at best, and dark and grimy at worst? I used to think this based just on the subway stations in New York City and London, but was amazed by the stations I saw on my first trip to St. Petersburg, Russia in the 1990s. Adorned with marble, chandeliers, statues, and stained glass, they were works of art.

In fact, as maligned as the former Soviet Union is in the popular press, some of its finest legacies are the beautiful subway stations it created, not just in Moscow and St. Petersburg, but in Novosibirsk, Baku, Tashkent, Almaty, and many other cities. And lest you think that all this art came at the price of efficiency, I have yet to find a subway system more efficient than the Moscow Metro. During most times of the day I never waited more than 1 minute for a train, and sometimes just 50 seconds.

So if you're on a budget and traveling in one of these cities, take a tour of the subway and see art that would be at home in museums. 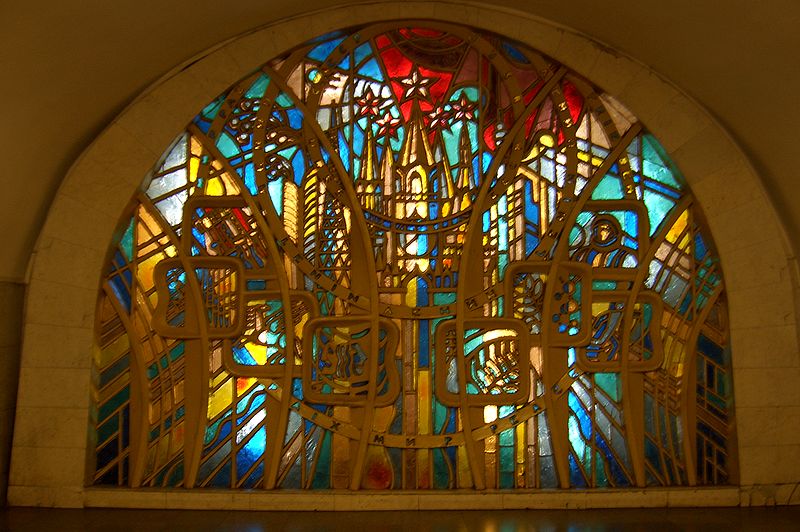 Don't see your favorite subway station here? Tell us about in the Comments!