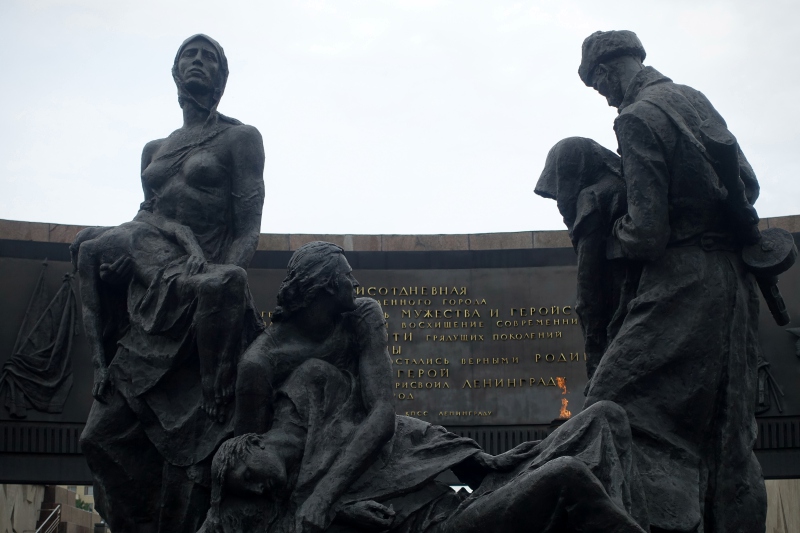 Many visitors to St. Petersburg visit The Hermitage, St. Isaac's Cathedral, the Church on the Spilled Blood, Peterhof, and perhaps take in a ballet at the Mariinsky Theater. But while these are all beautiful experiences, they neglect the most traumatic time in the city's history: the brutal nearly 900 day Siege of Leningrad, during World War II, that is arguably the deadliest siege of any modern city, with well over a million deaths.

We visited the State Museum of the History of St. Petersburg with a guide to see some of the photos and artifacts from the time of the Siege. While there were many other artifacts and images, these were some of the most poignant to me:

In the summer of 1941, many (although not all) children were evacuated from Leningrad; many were the only surviving members of their family, and orphaned by the end of the war. 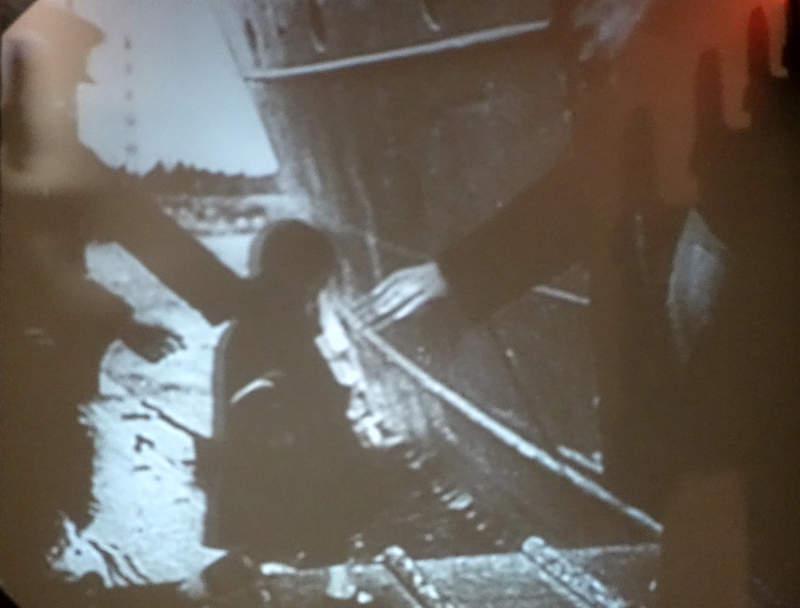 From July 18 to November 20, 1941, bread rations for workers were reduced from 800 grams to 250 grams, while children and those who were unable to work went from receiving 400 grams of bread per day to just 125 grams. An older man who was in the museum when we visited told us how his mother worked to defuse German bombs that fell during air raids, so that she could receive the higher worker's bread rations (600 vs. 400 grams as of July 18 and 400 instead of 300 grams as of September 2). 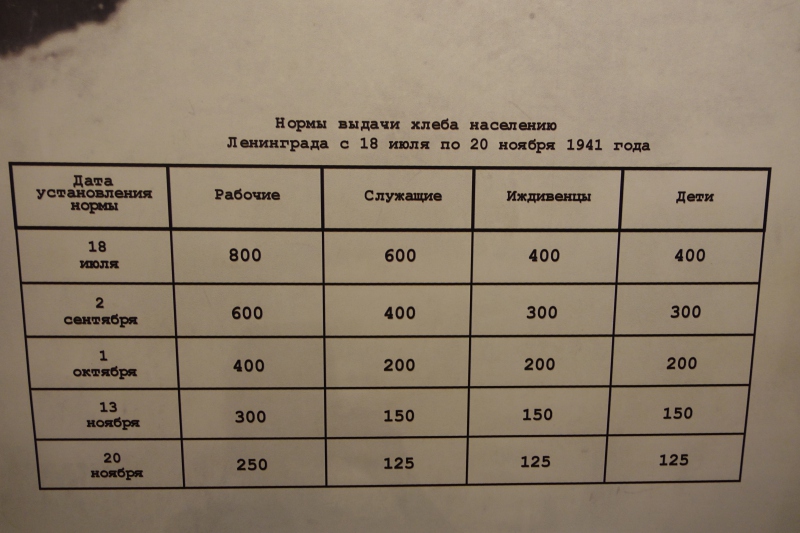 Tanya Savicheva, who was 11 years old when the siege began, had kept a diary before the war, but her family had had to burn it as fuel. In a small notebook, she began to record the deaths of all her family members, from her elder sister Zhenya to her brother, her uncles, and her mother. Her last entries were “everyone has died” and “Tanya alone is left.” Tanya herself was evacuated to an orphanage and then a hospital, where she died of tuberculosis, succumbing to her illness due to severe malnutrition. 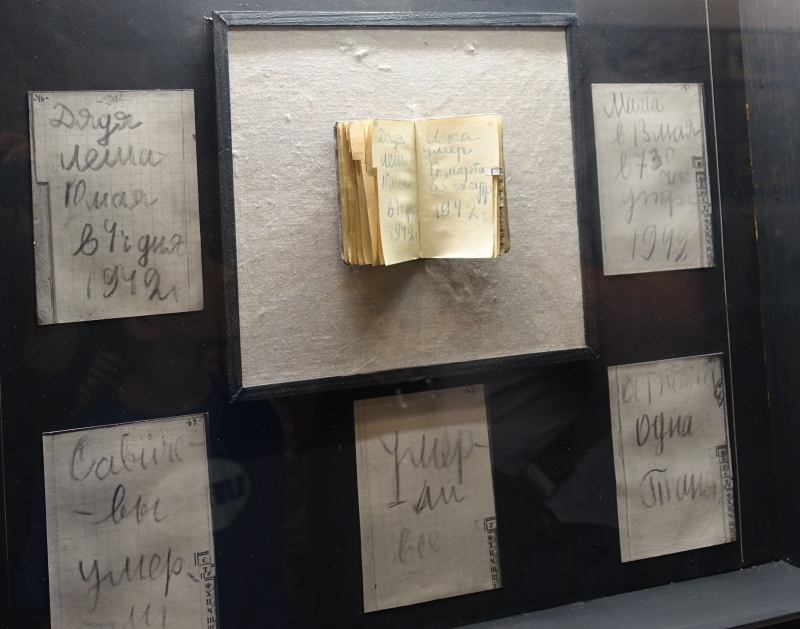 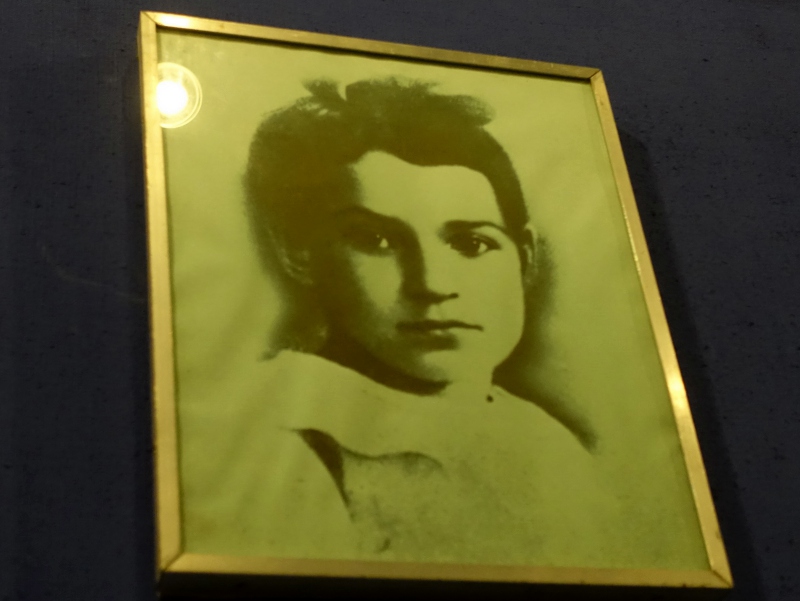 Just as the U.S. and other countries had their policitized posters urging citizens to contribute to the war effort, the Soviet Union had theirs. 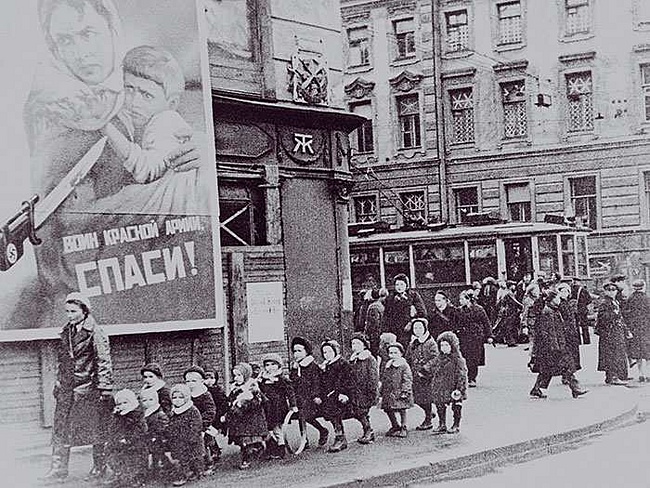 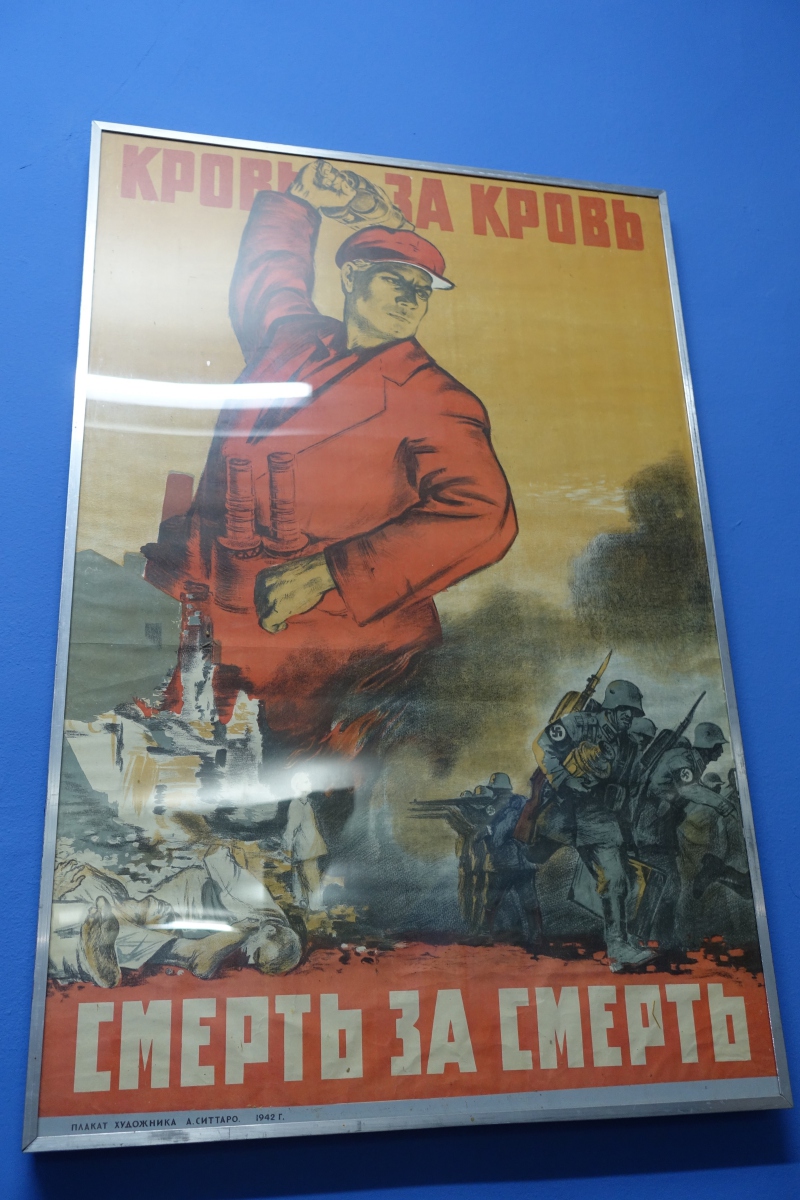 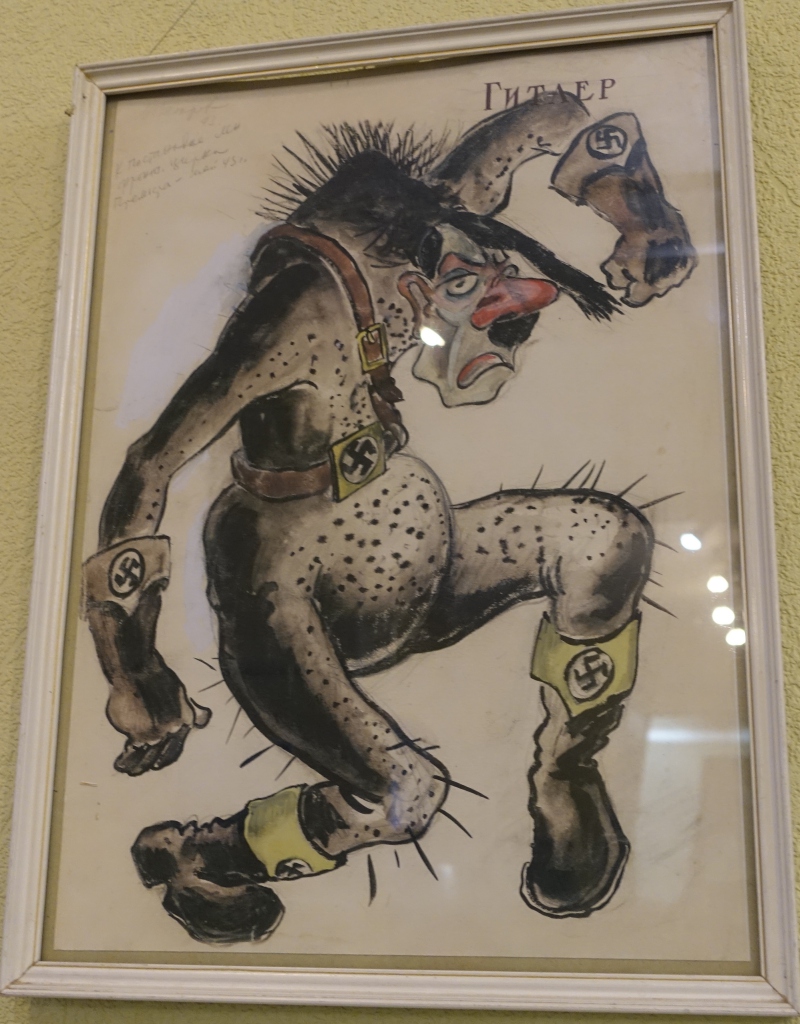 Tourists seeing St. Isaac's Cathedral now might be surprised to see that during wartime, cabbages were grown in front of it: 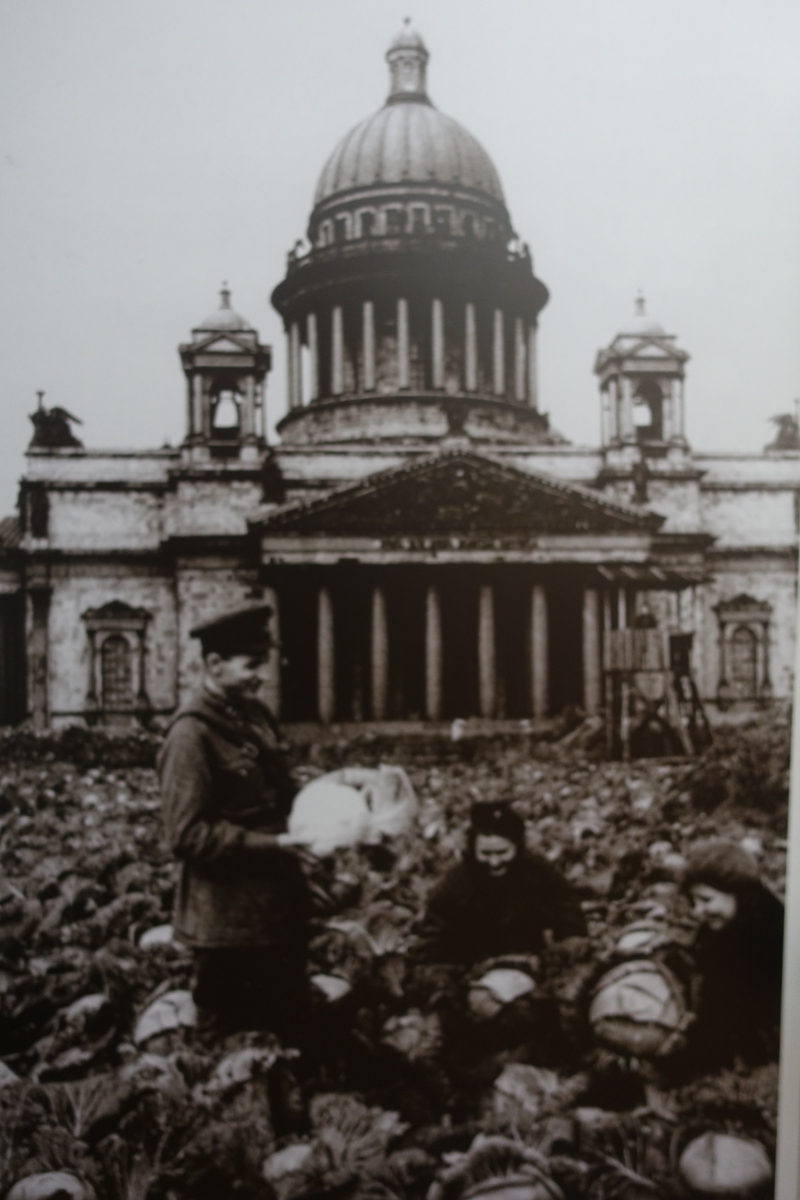 Later, on our own, we visited the Monument to the Heroic Defenders of Leningrad in Victory Square, which has a monument to the survivors of the siege and a subterranean Memorial Hall. This short video shows the monument:

Inside the memorial (there is a nominal cost to visit this) looks like this: 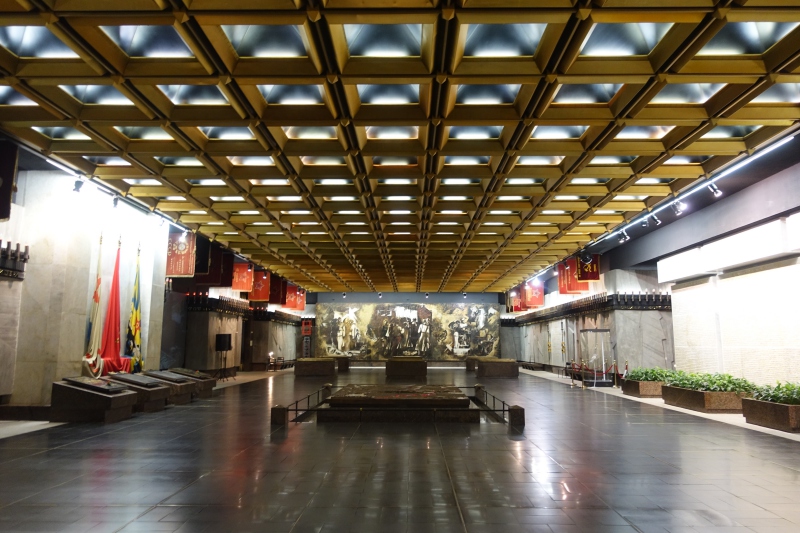 One mosaic depicts the time of the siege, while the other shows the liberation of the city: 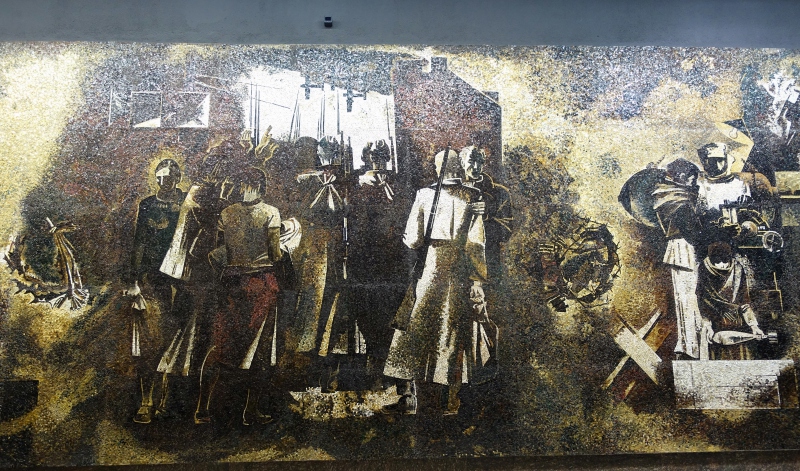 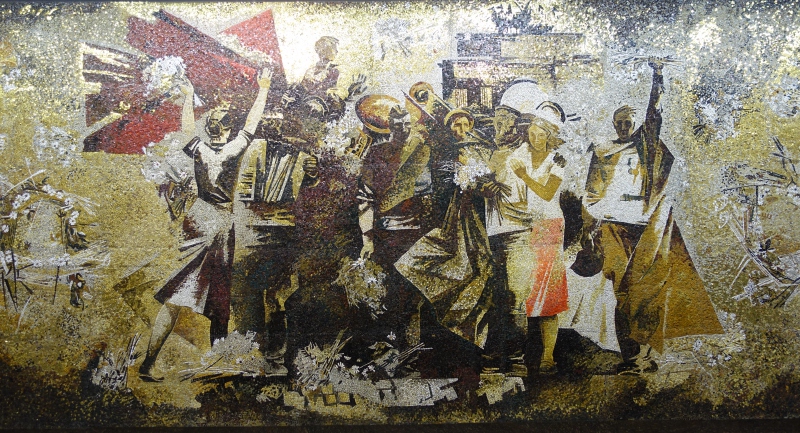 A plaque memorializes the 900 day siege: 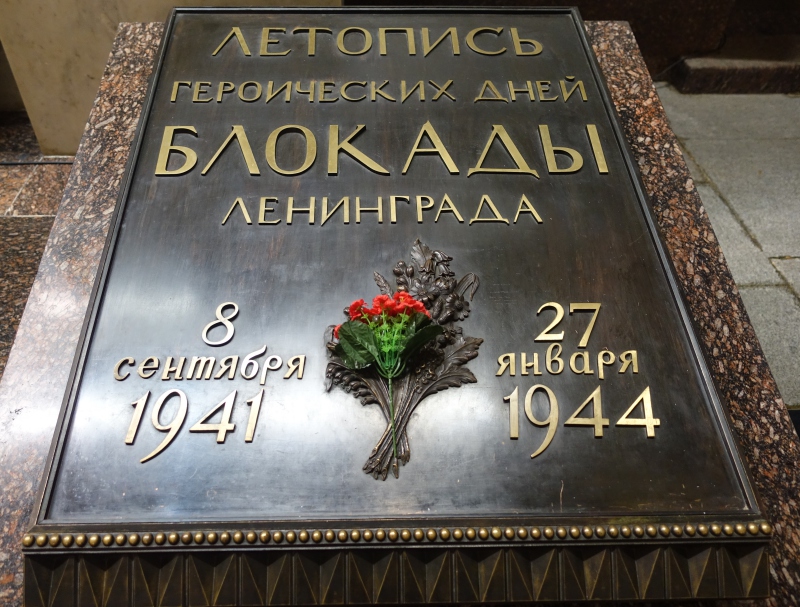 Silent footage shot during the siege bears witness to the grim conditions, with the besieged Leningraders fetching water from holes cut in the ice, lining up for meager bread rations, and exhaustedly hauling the corpses of the dead for mass burial.

All told, over 20 million men, women and children from the Soviet Union died over World War II, and the Siege of Leningrad contributed significantly to the death toll, yet also helped ensure victory on the Eastern Front would elude Hitler.

Have you seen any of the artifacts or monuments commemorating the Siege of Leningrad?