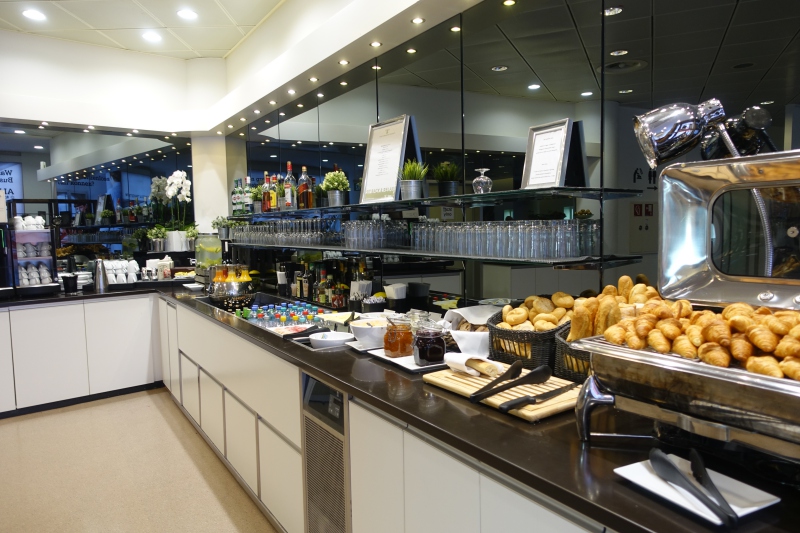 This Vienna Airport Jet Lounge, Priority Pass Review is from our recent layover at Vienna Airport, after our Austrian Airlines Business Class flight. We had several hours between our flights, and while it's possible to get to downtown Vienna fairly quickly by train, the short flight meant that we were both tired, so we made our way to this lounge.

The Jet Lounge is located airside in Vienna Airport's main terminal, after security checkpoint 2, on the 2nd floor. It's easy to miss, since you need to take the elevator up a level to it.

The Jet Lounge is open daily from 5am to 10pm, and the following passengers enjoy complimentary access:

While the above is a very expansive list, if you don't have a Priority Pass card or otherwise have complimentary access through your airline or credit card, you can pay EUR 29.90 per passenger to access the lounge. Children 2 years old and younger are free with an accompanying paid adult, children 3 years old and older are charged as adults. 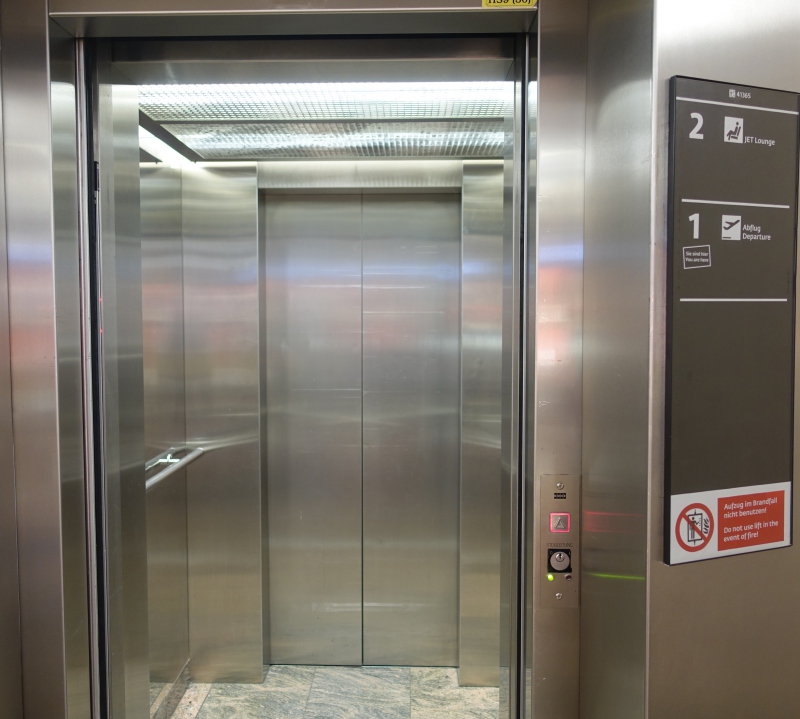 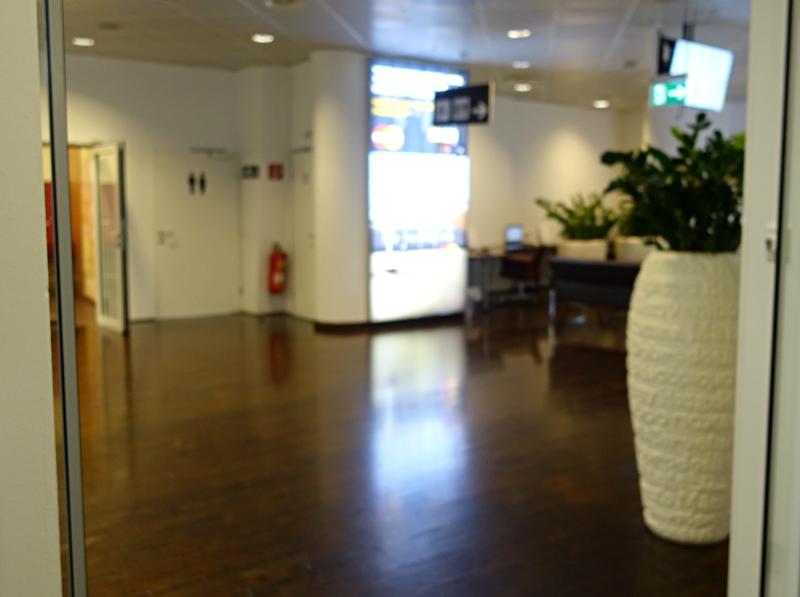 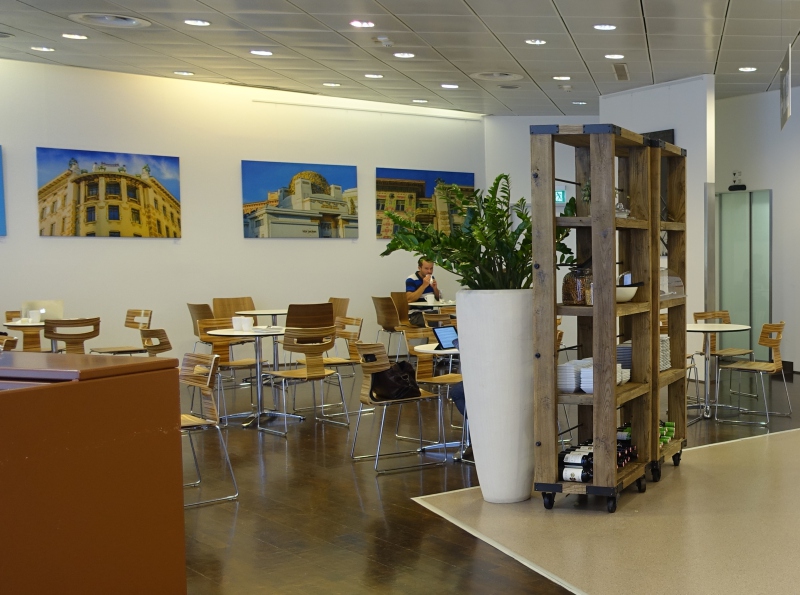 But closer to reception were some nondescript brown sofas, and as soon as my son spied them he wanted to lie down. Fortunately there were only a few people in this section of the lounge, so he wasn't depriving anyone of a seat when lying down. 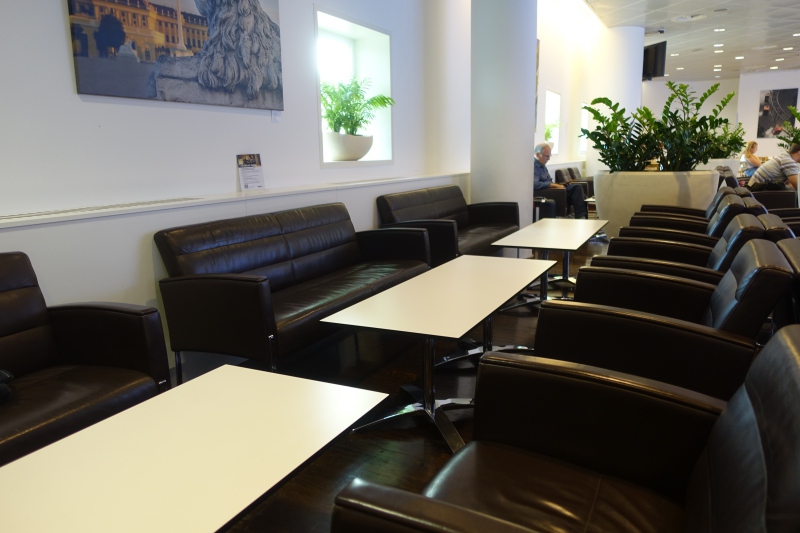 The Internet worked fine, although in order to charge my laptop I needed to sit at one of the computer stations, since there weren't any power outlets easily accessible to the brown sofas.

There's also a separate “AMEX VIP Lounge” area to the left as you face reception, although I didn't bother trying to enter since my son was already installed on one of the sofas, and the seating there actually looked less comfortable. 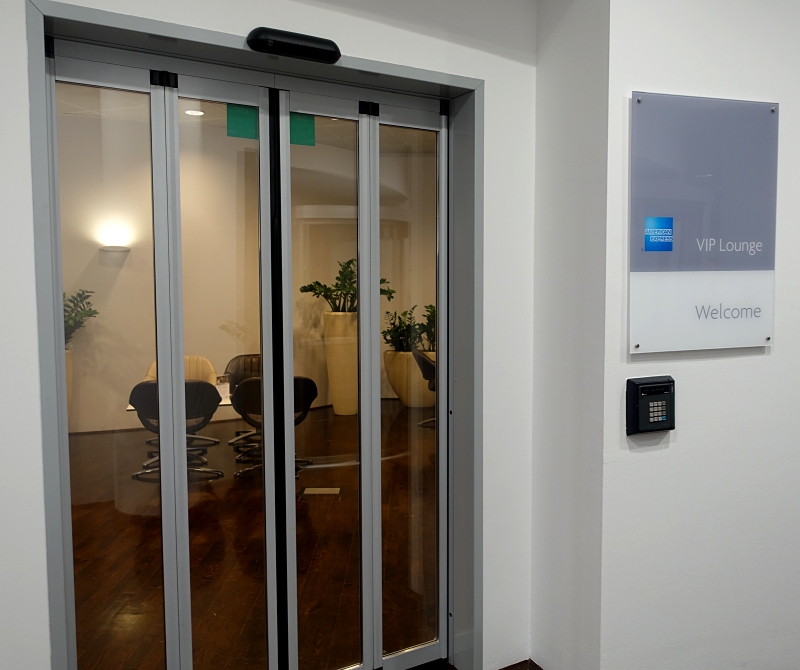 The bathroom was spartan but clean. I didn't see a shower room, but that, to me, would be a key reason to use the lounge. 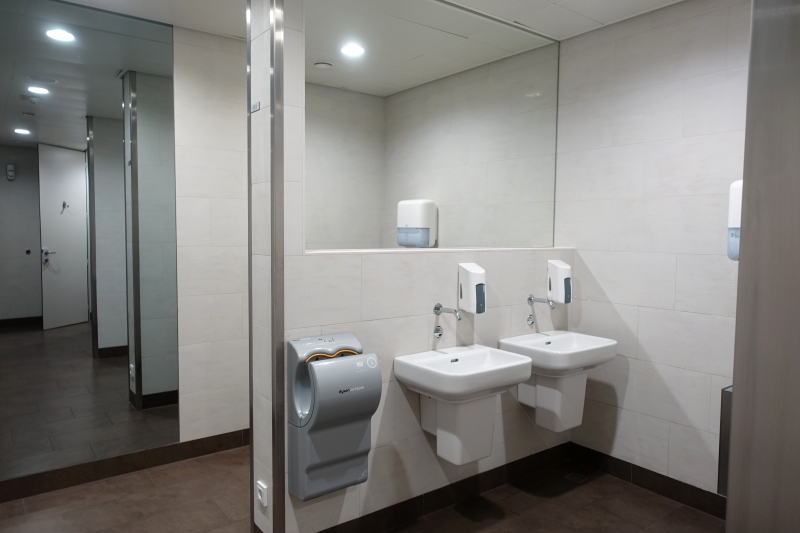 We were there in the morning, and even though I'd only had a smoothie and a couple bites of fruit on the flight, I quickly decided that I'd be better off not partaking of any of the Do & Co offerings, which in any case were rather meager. The reason? I saw flies buzzing around, and landing on some of the food. Here's what was on offer in the morning:

Croissants and bread, with two types of jam: 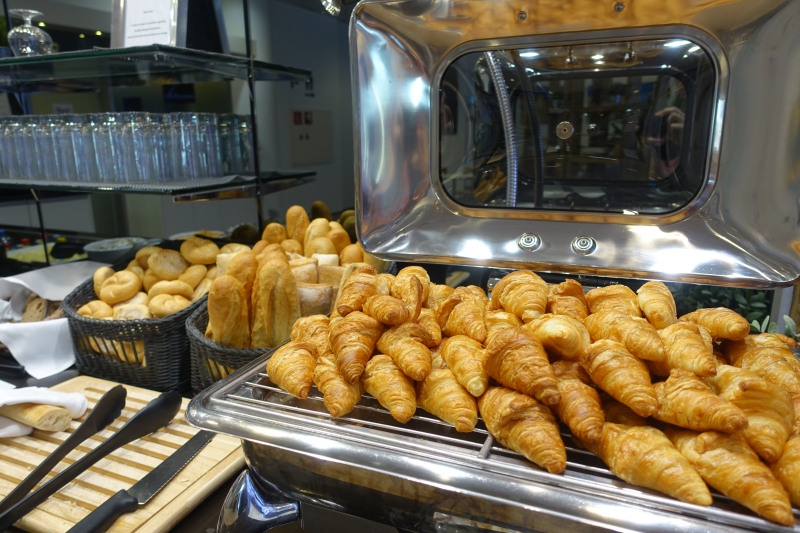 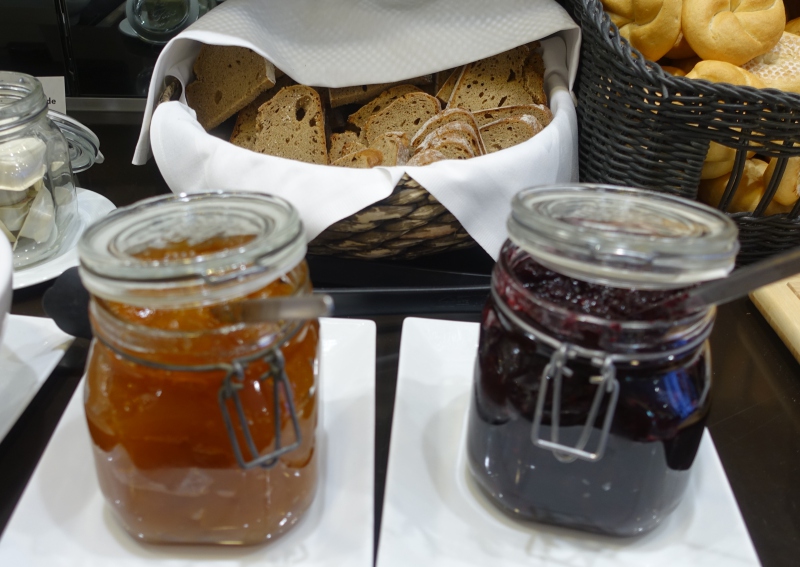 Cereal (of which two had been left open; I did not open them for the photo): 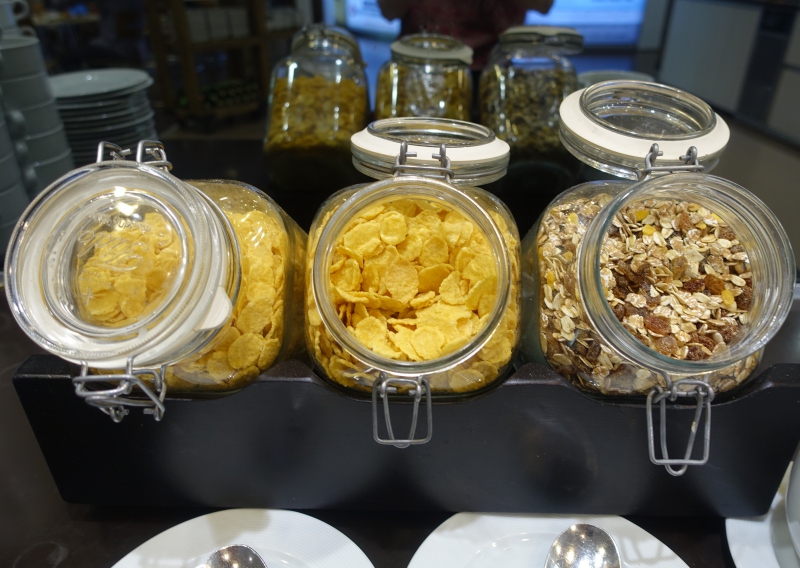 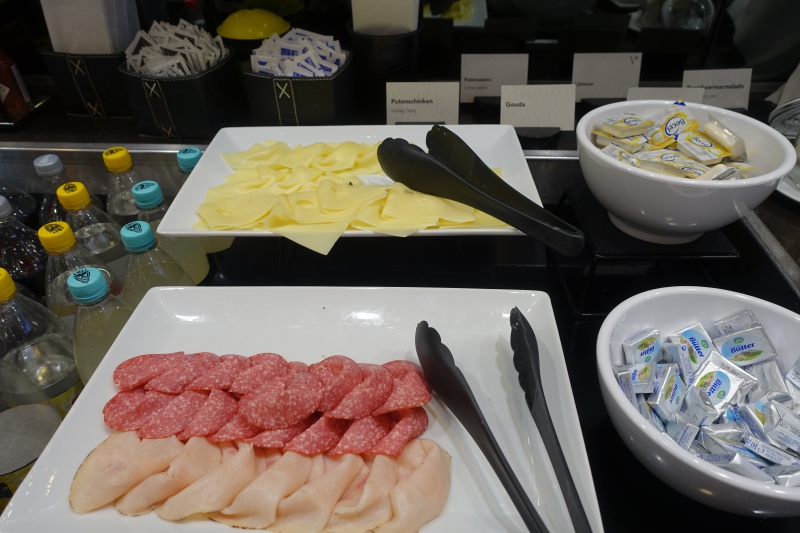 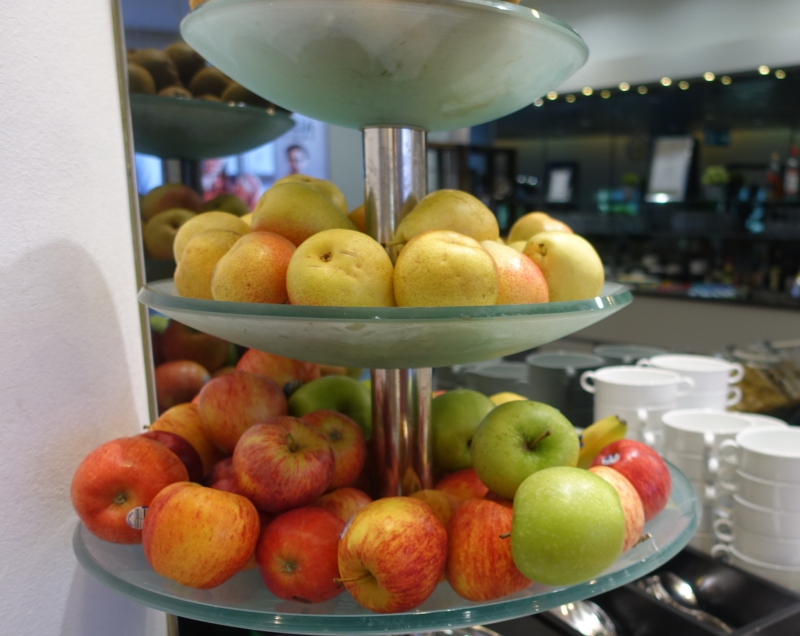 Juices and other drinks. I had some orange juice (since this at least was in a covered container), and it was from concentrate, and fairly poor quality at that. 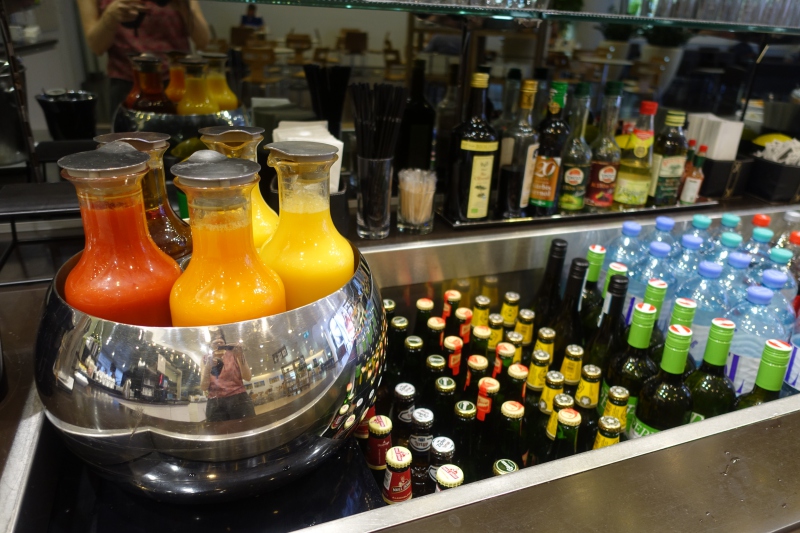 There was also tea and an espresso drink machine. 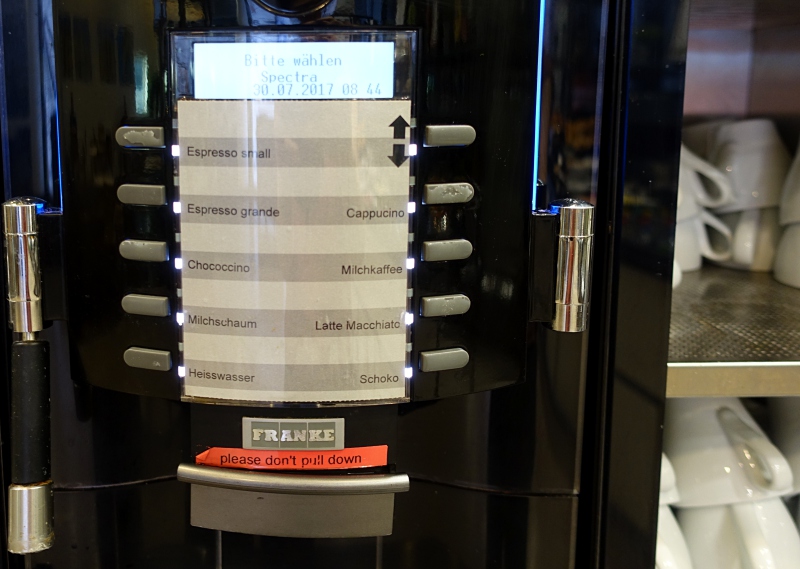 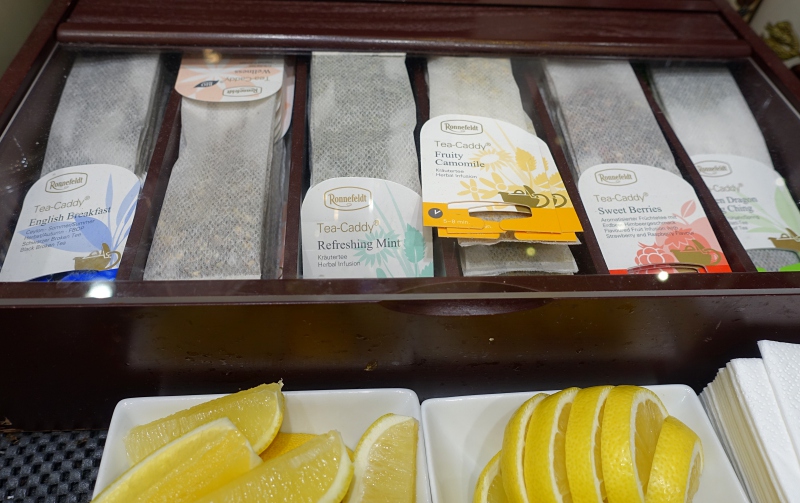 Because we were at the lounge until late morning, we were there in time to see the lunch offerings. There were a couple salads, which again I didn't touch as they weren't covered and the flies were still around. 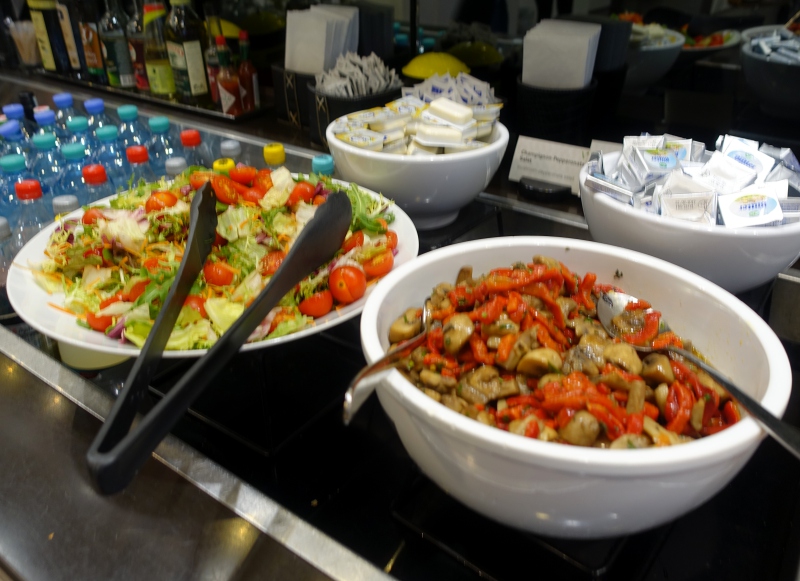 I did have some of the hot dish, which seemed to be an Austrian version of a Thai dish, a mild chicken coconut milk curry with rice. Apart from the chicken being overcooked, it was actually quite tasty (it didn't hurt that I was quite hungry by this point). 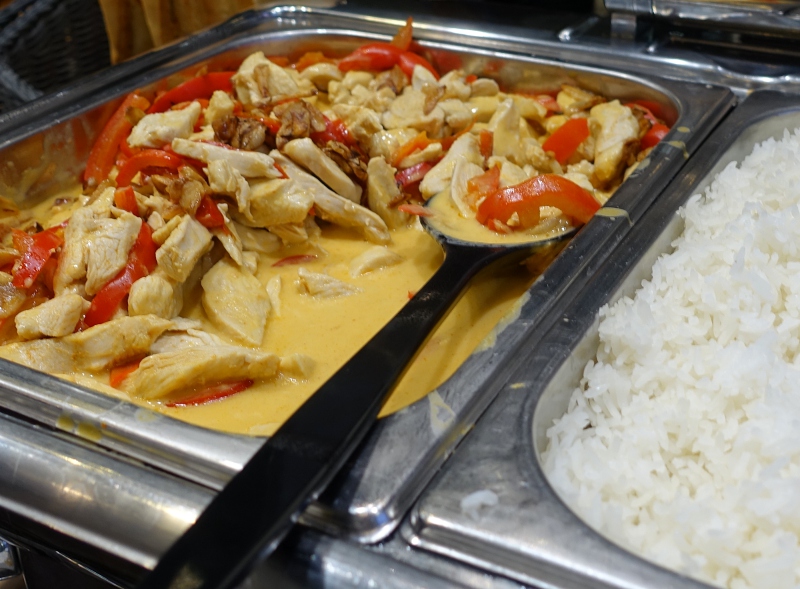 Some dry looking cakes were also available–nothing tempting, even apart from the fly issue. Had there been authentic Viennese apple strudel I would have had regrets over not being able to have any, but there was nothing to miss here. 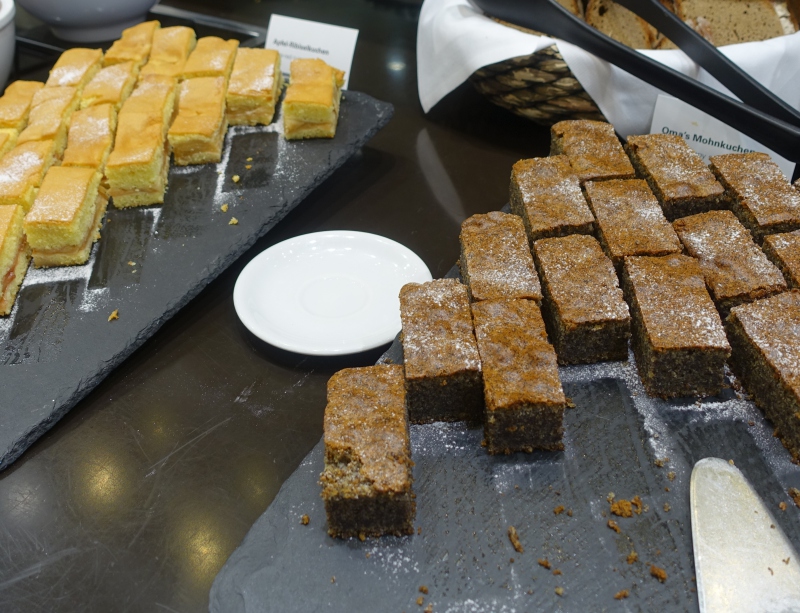 I can't recommend eating anything in the Jet Lounge at Vienna Airport until they fix the problem with flies buzzing around the food. To be safe I'd suggest sticking to items that are in a covered container, or the canned or bottled drinks. I also wish there were more power outlets around the lounge, as I ended up having to use a computer station space just to recharge my laptop.

If you just need to sit somewhere, use WiFi, or take a shower, however, the Jet Lounge will suffice.

If you've recently visited the Jet Lounge at Vienna Airport what was your experience?