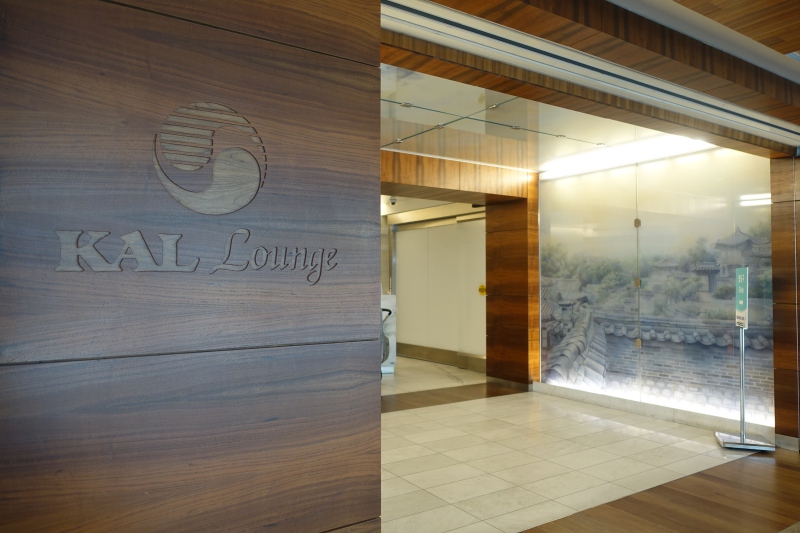 The Korean Air Lounge, as you'd expect, is located in the International Terminal, on Level 5. Note that while the lounge hours are 9am-1am, lounge membership (including Priority Pass) access is apparently limited to 12noon to 8pm daily. We were actually allowed in slightly earlier than that, at 11 something, so be polite, as the receptionists may have some discretion.

If not using Priority Pass, the following passengers also have access:

The lounge is quite large, with plenty of seating areas. The least crowded was this one, to the immediate left of reception: 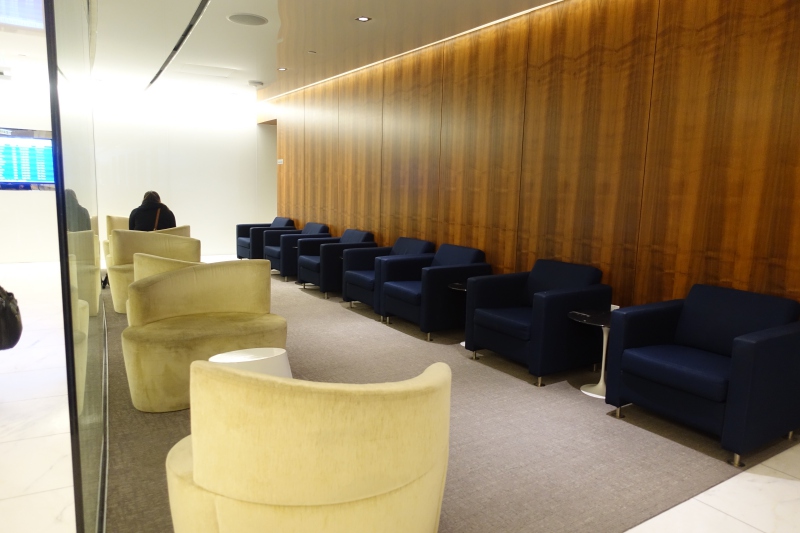 Other seating extended across the room, with more to the right: 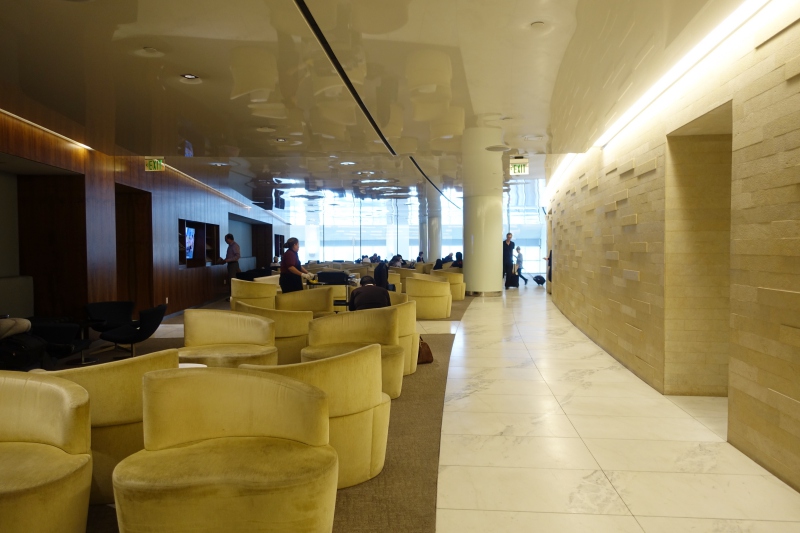 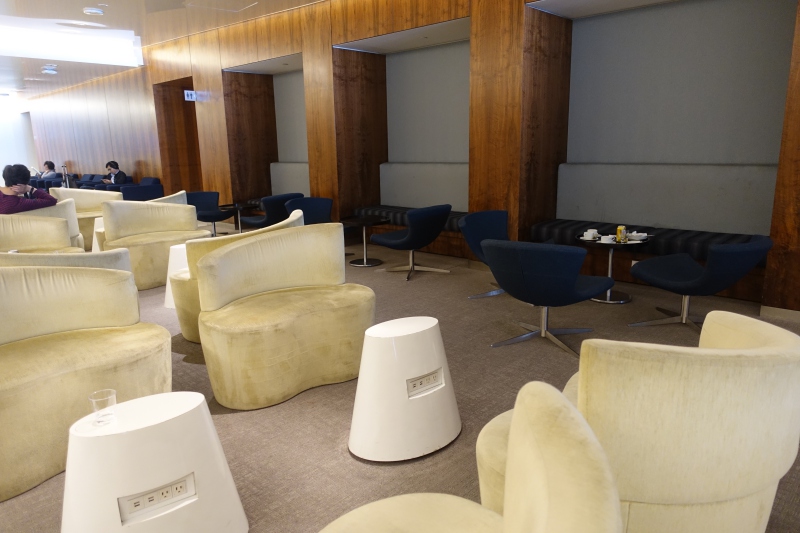 There was also some seating by the bar, and some on a balcony overlooking the International Terminal. 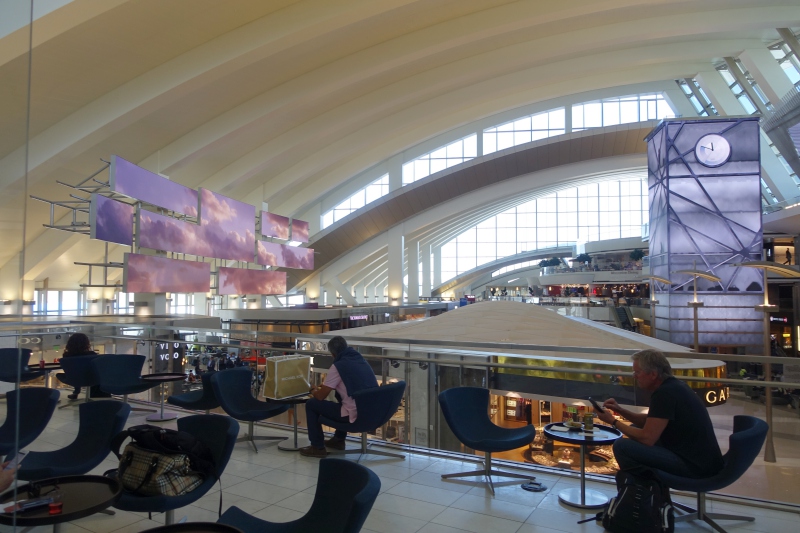 There was no password needed for the WiFi, which was quite fast. 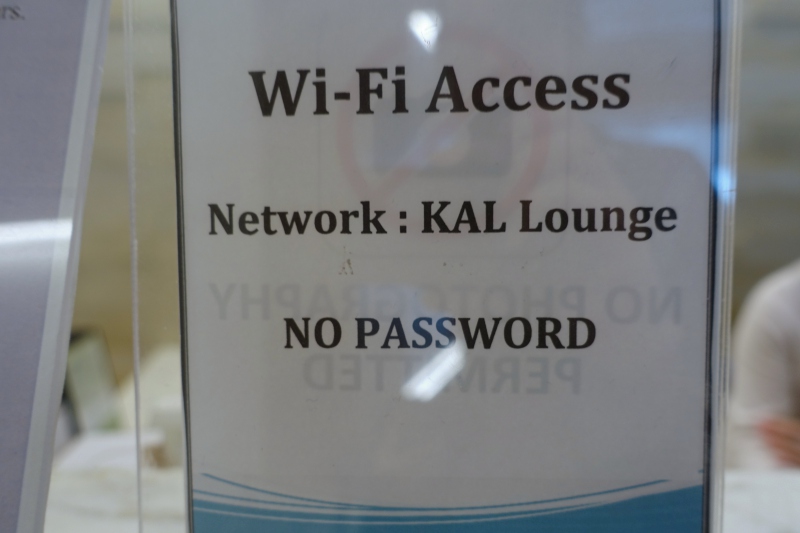 Best of all there were private shower rooms, and I was finally able to get the shower I'd wanted back in Tokyo. 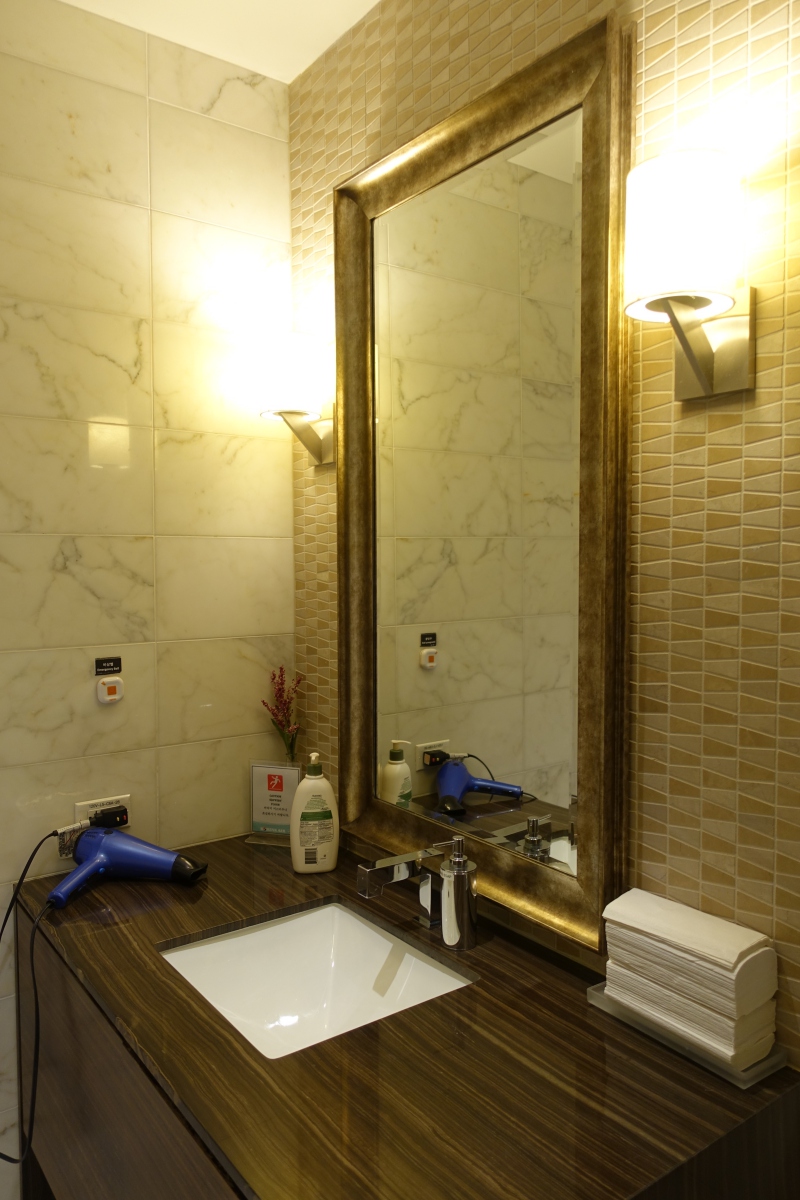 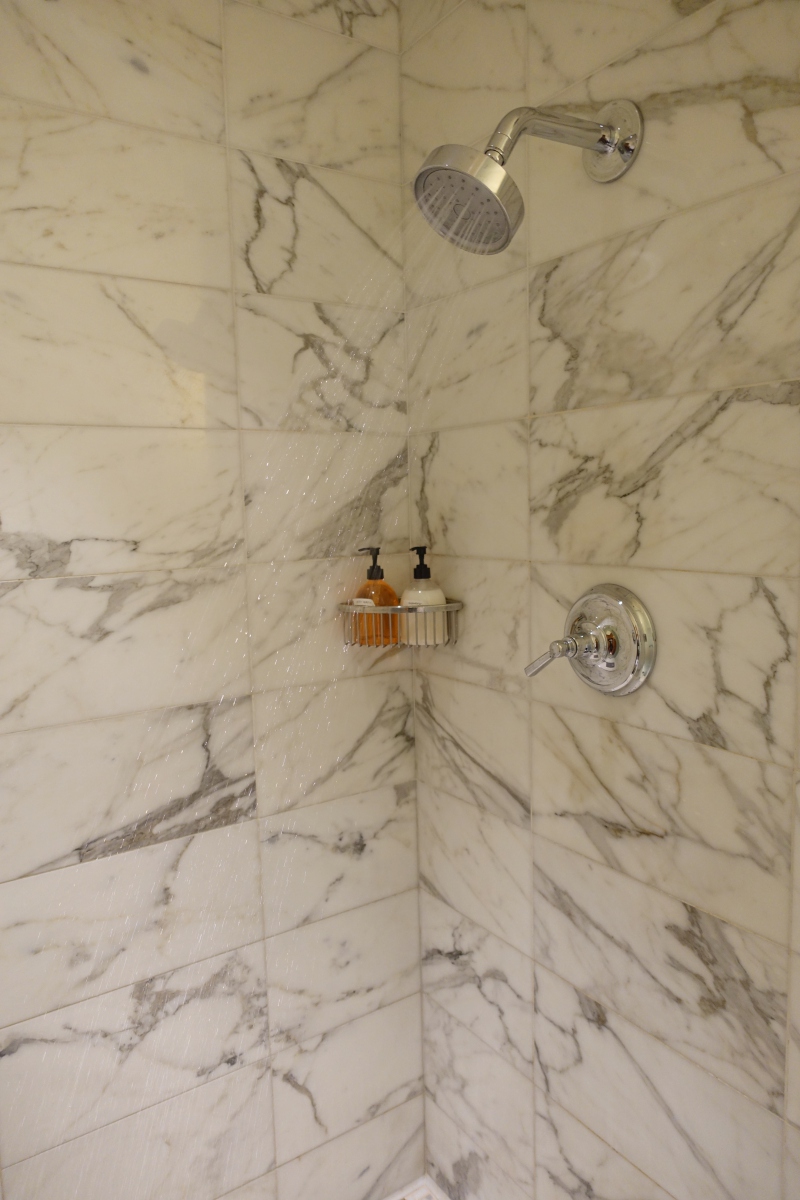 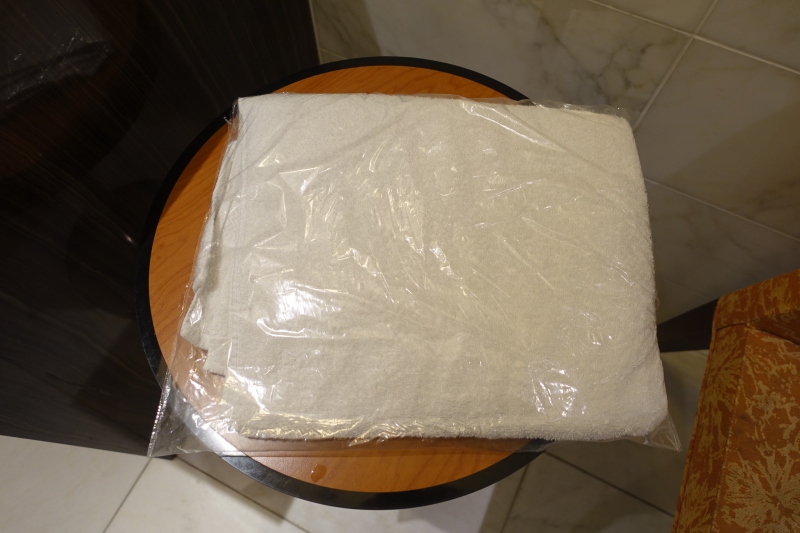 The lounge doesn't have any hot food (unless you count instant noodles) but it does have sandwiches, wraps, pasta salad, chips and salsa, and even some veggie sushi rolls: 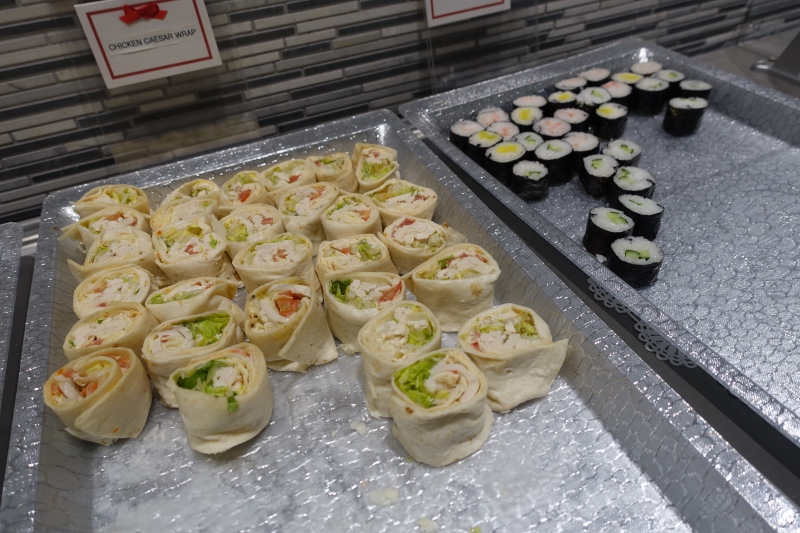 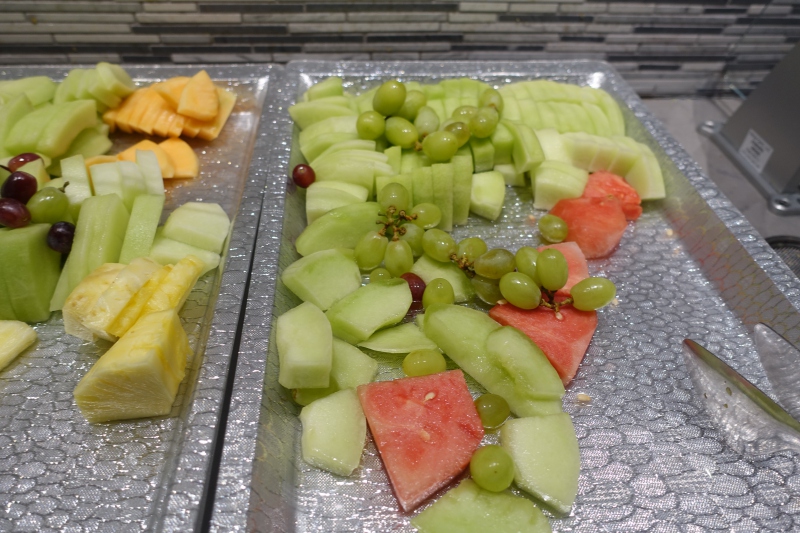 My son was happy there were still a few pieces of pineapple and watermelon left, his favorite: 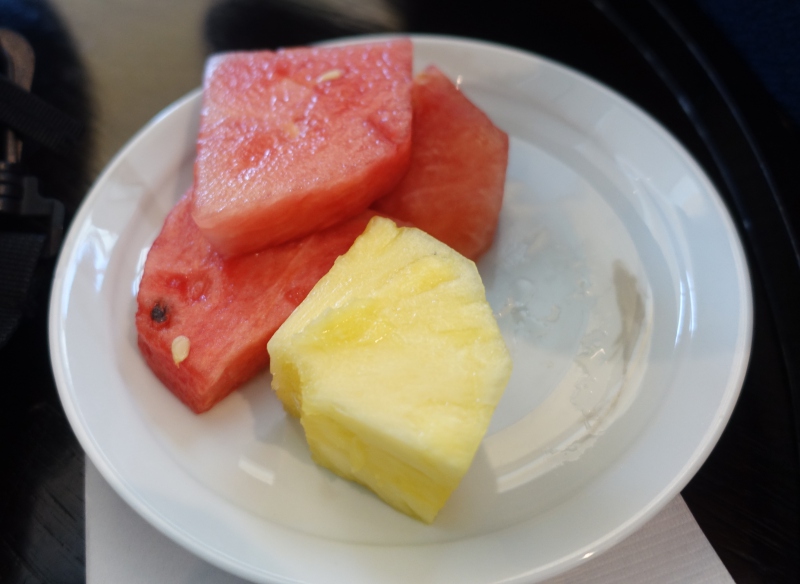 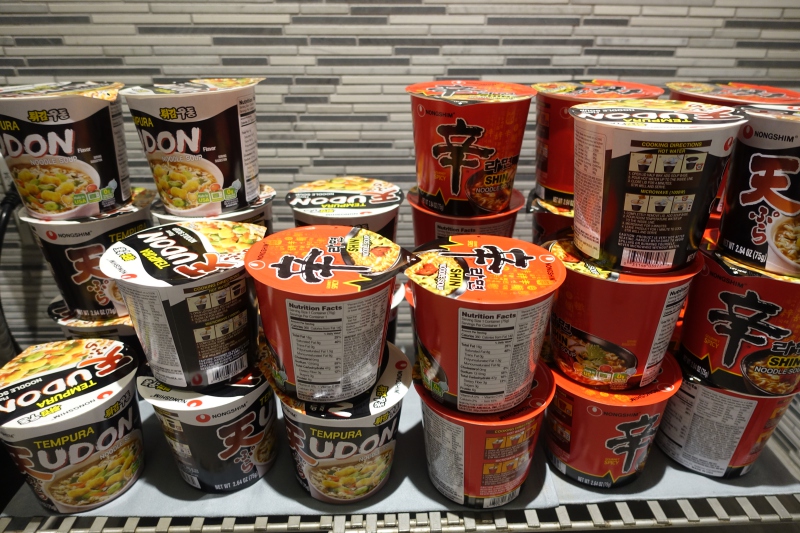 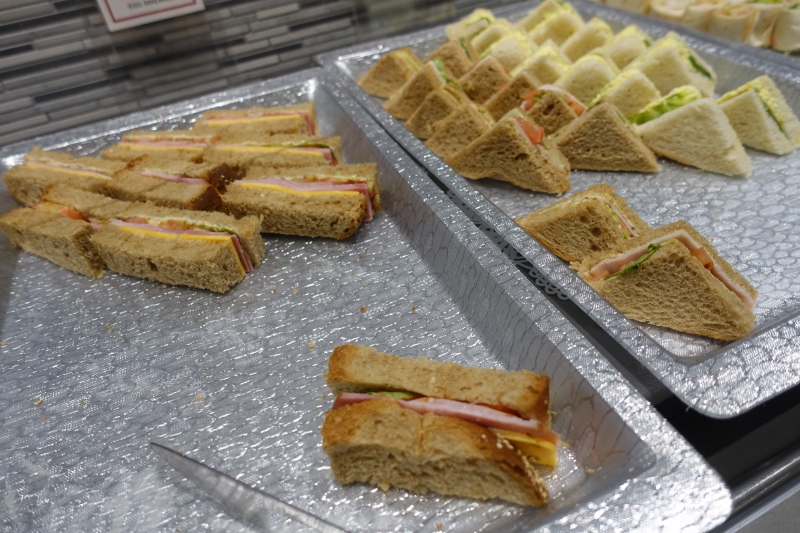 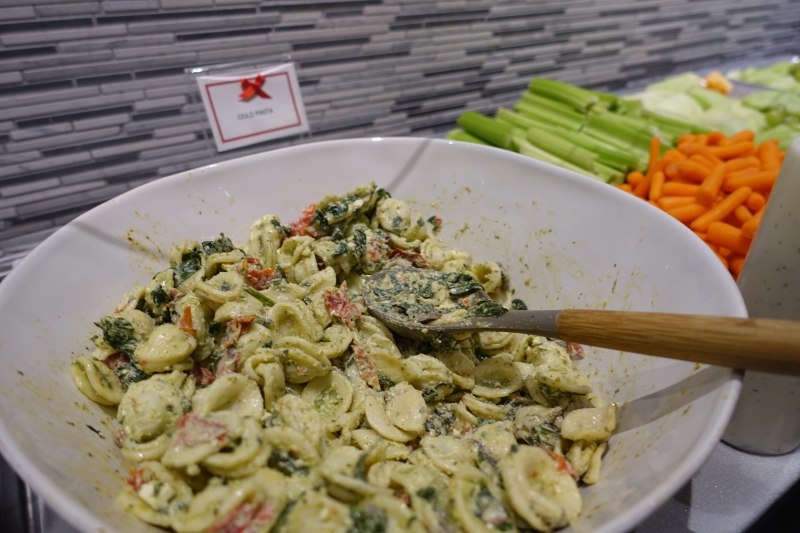 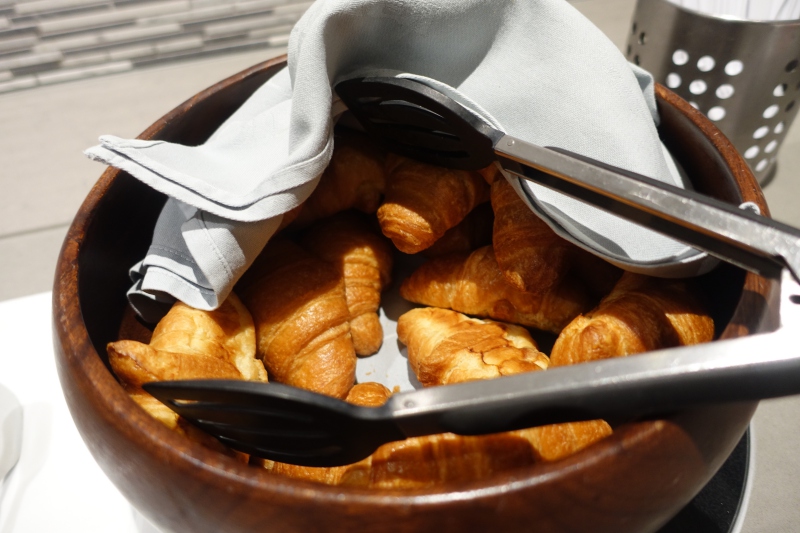 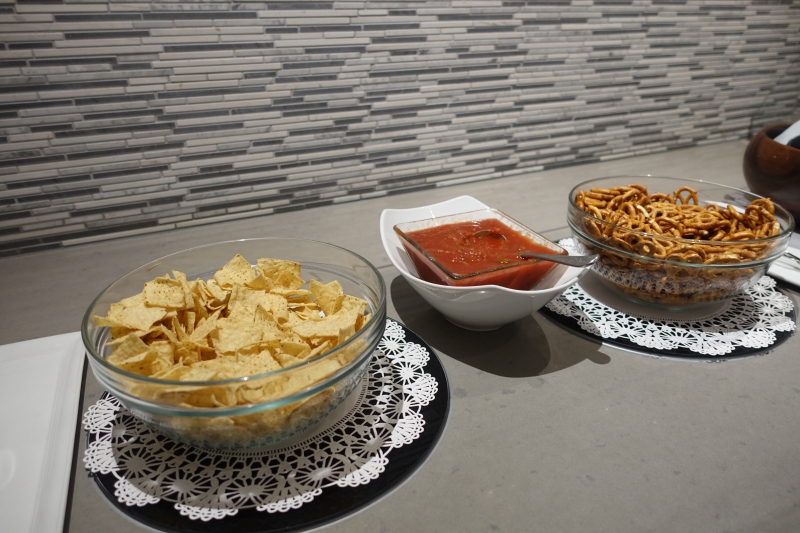 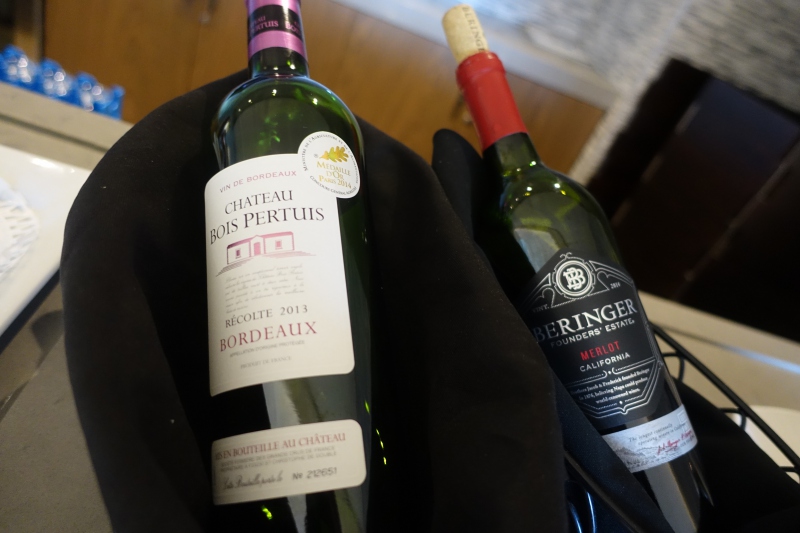 Personally, I don't expect much of Priority Pass lounges, so I was quite pleased with the Korean Air Lounge for what it was. It had ample seating during our visit there in the late morning, especially in the little used seating area near Reception. I was also able to take a much desired shower, which is more than I can say for the JAL First Class Lounge in Tokyo Narita, which was booked until after our flight departure.

True, food options weren't great compared to the better international business and first class lounges, but for a U.S. lounge that is in the Priority Pass network, it was pretty darn good, and you wouldn't go hungry with the mediocre sandwiches, pasta salad, and even fresh veggies and fruit. Or instant noodles, if that's your thing.

If you've recently visited the Korean Air Lounge at LAX, what was your experience?