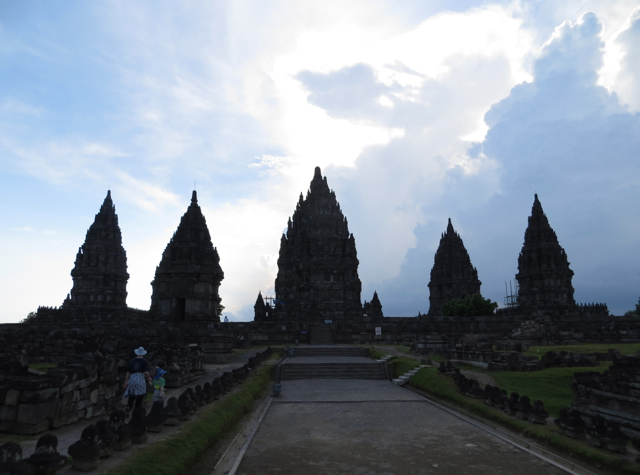 The Prambanan temples are preserved as a UNESCO World Heritage site and the largest Hindu temple compound in Indonesia as well as one of the most extensive in Southeast Asia. Prambanan is just minutes from Yogyakarta Airport (JOG), so we were fortunately able to get a glimpse of these 9th century temples after we left Amanjiwo, and before our  departing flight.

Prior to entering the Prambanan temple complex, all visitors don a sari (similar to at Borobodur). The munchkin, who had not accompanied us on our early sunrise visit to Borobudur, didn't care for this “skirt” but took it in stride.

Since we had so little time, we didn't hire a guide and decided to do a self-guided visit of the temples. There are conveniently placed maps of the Prambanan temple complex, although you really can't miss the main event, given how tall the temples are. 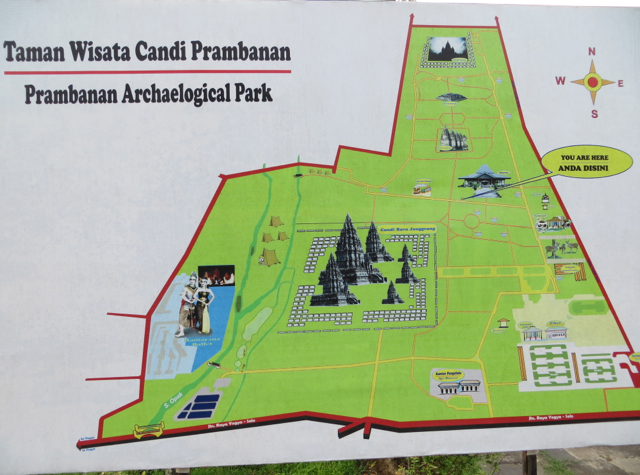 The approach to Prambanan is impressive even now, notwithstanding all the trials and tribulations the temples have been through. 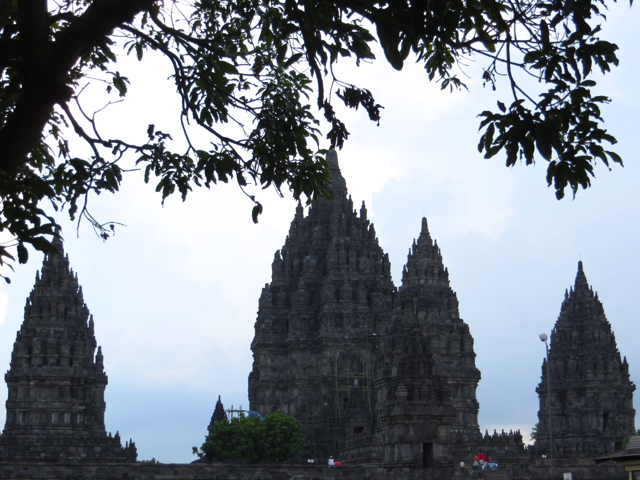 After their initial construction around 850 AD and additions of hundreds of smaller temples by the Mataram kings, a period of decline started in the 930s, most likely due to an eruption of Mount Merapi. The temples completely collapsed in the 1500s due to a major earthquake.

Actual reconstruction of the compound only started in 1918, with extensive restoration starting in 1930, focused on the main temples for Shiva, Brahma and Vishnu.

The temples again suffered damage during the May 2006 earthquake, and there are to this day still restoration efforts, evidenced by the scaffolding. Many of the interior spaces are closed to visitors, for safety reasons.

The Shiva Temple, dedicated to Shiva, the Destroyer, is the tallest of the temples and considered the holiest. The stone reliefs on its walls retell the Ramayana. What must be truly spectacular are the outdoor performances of the Ramayana, set against the backdrop of the illuminated Prambanan temples–apparently, the Ramayana ballet is performed every full moon night. 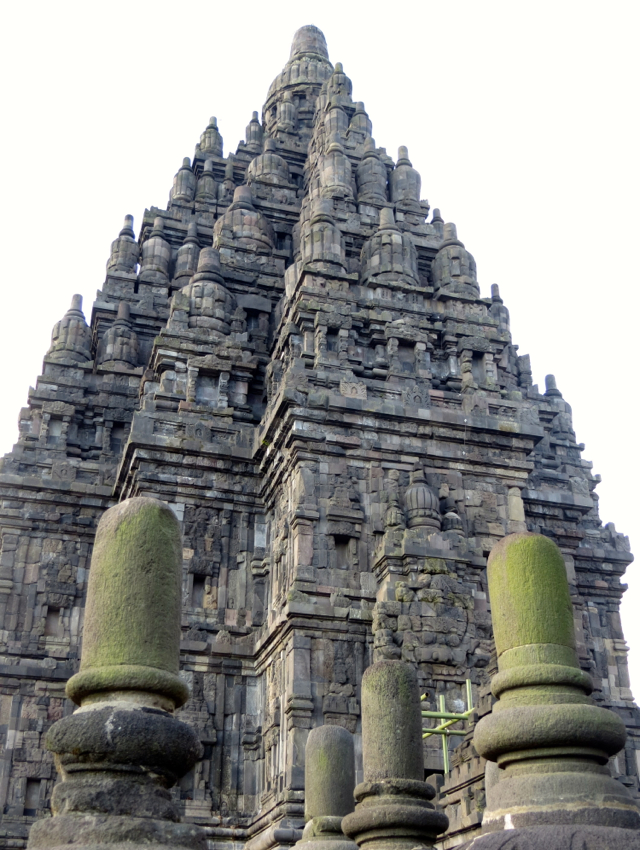 Flanking the central Shiva Temple are the Vishnu Temple to the right (when entering the compound and facing the Shiva Temple) and the Brahma Temple to the left. While I'm not sure how much of the current Brahma statue is original, if any at all, it is quite striking: 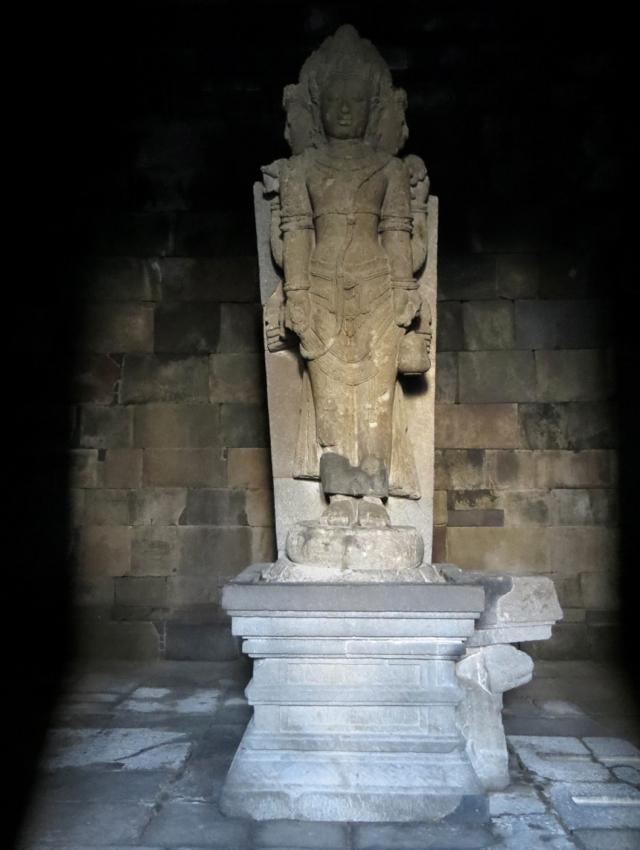 Opposite each of these main temples are the Vahana Temples, smaller shrines dedicated to the vehicle (vahana) of the respective gods: the swan Hamsa for Brahma, the kite Garuda for Vishnu, and the bull Nandi for Shiva. 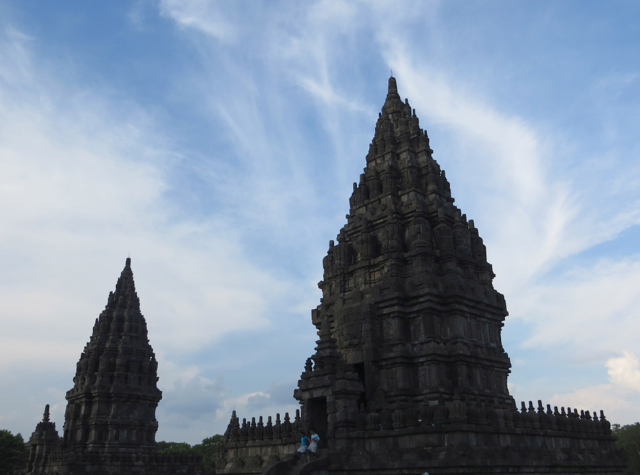 We saw some visitors whispering in the ear of the statue of Nandi, the bull, and discovered that this custom is because it is said that anything whispered in the ears of Nandi the Bull is conveyed to Shiva, and that Shiva listens to these wishes and grants them. Of course, the munchkin couldn't resist…it may be the first time Lord Shiva has had to listen to (I'm guessing) a request for a Ninja Turtles lego set. But I digress… 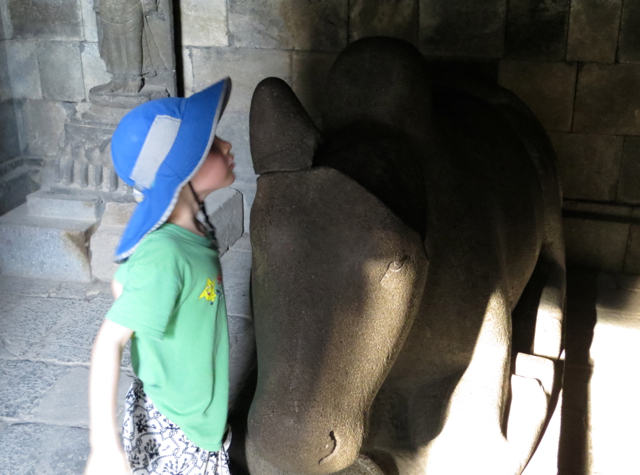 As we paused to take a water break and regroup, some Asian tourists approached and asked to take a photo with my husband. Ah, the fun of being a 6'5 white guy looking pretty ridiculous in a sari…

On the way out of Prambanan we saw several things the munchkin would have loved to try had we been able to spend more time there–a playground, a chance to feed some deer, and a cute “train” to ride. 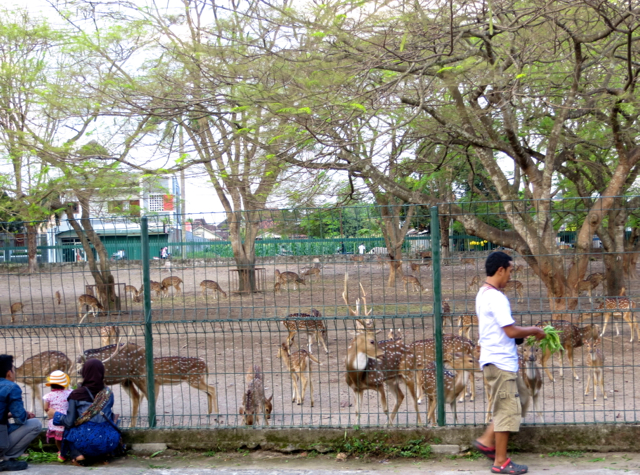 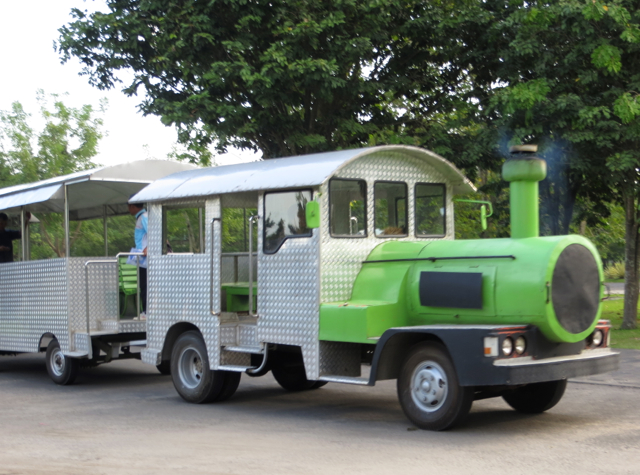 Have you visited the Prambanan temples?

Become a TravelSort Client and Book Your Luxury Hotel or Cruise with Virtuoso Amenities!