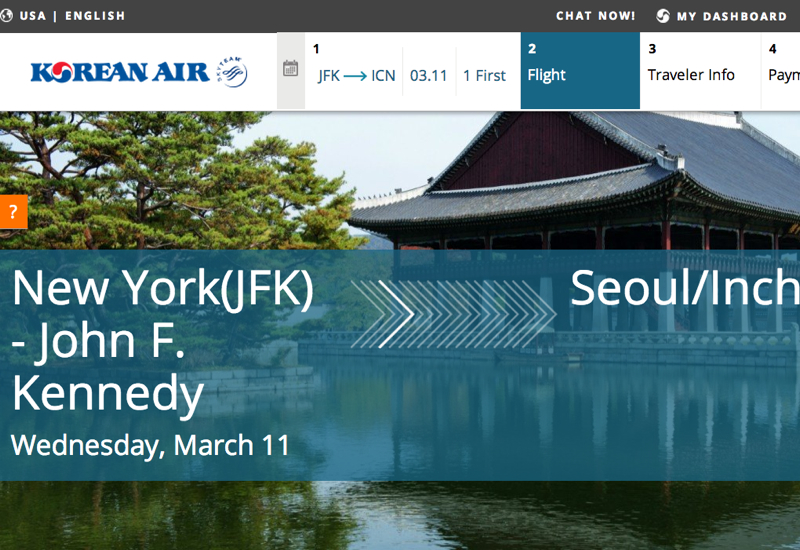 How to Redeem Korean Air SkyPass Miles has changed a bit, since Korean Air recently updated their Web site. As part of the update, it's also no longer possible to hold awards until a few days prior to departure date, which was a crazy good perk while it lasted. You could hold Korean Air First Class award seats, while keeping your Chase Ultimate Rewards points in your Ultimate Rewards account, and then just a few days before, if Cathay First Class or Singapore Suites award availability opened up, book an alternative last minute award instead and not ticket the Korean SkyPass award, keeping all your Chase Ultimate Rewards points intact.

It was too good to last, and the new system auto generates a date about a month away, by which you must ticket or lose your held reservation.

Here's what else you need to know about redeeming Korean Air SkyPass Miles:

Award regions and the award charts changed as of September 21, 2014, but at least Korean has the decency to provide a 1 year grace period, until September 20, 2015, when you can either use the old award chart or use the new award chart.

Old Award Chart from the U.S./Canada:

Modest Changes for SkyPass Awards from the U.S. on SkyTeam Partners

As you can see, some awards, notably between the U.S. and Central America, have actually gone down. Others, such as the U.S. to Europe, the U.S. to the Middle East, and U.S. to Australia/Oceania, have remained the same. But a few awards have gone up. For example, these awards, because China, Hong Kong, Taiwan and Mongolia are now in the Asia 2 region instead of being grouped with Japan and Korea:

Redeeming Korean SkyPass Miles for Flights on SkyTeam Partners
You can also redeem Korean SkyPass miles for flights on Korean's non SkyTeam partners:
Rules are similar to SkyTeam, although more restrictive since only a single carrier may be flown:
Searching for Korean Air SkyPass Award Availability and Ticketing
The easiest way to search for award space on Korean Air flights is online. You will need to have a SkyPass account, but you do not need to have the requisite miles in your account to search for award availability for yourself and any family members that are part of your Family Plan. Here's are a couple of searches I ran for a Korean Air First Class award and a Korean Air Prestige Business Class award, from New York JFK to Seoul ICN: 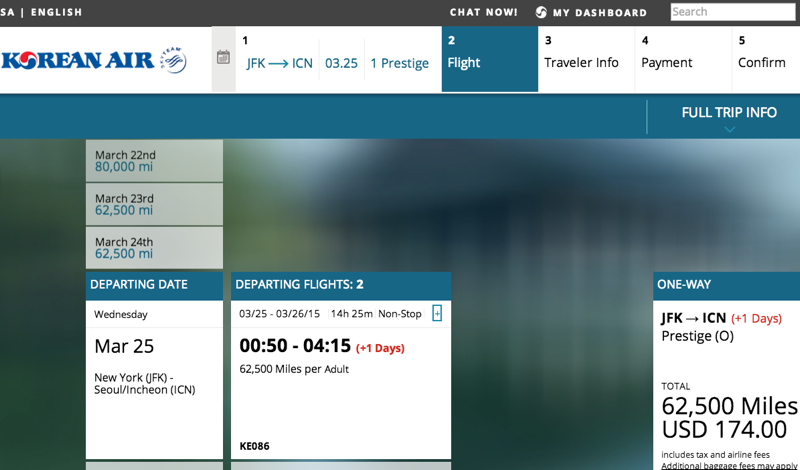 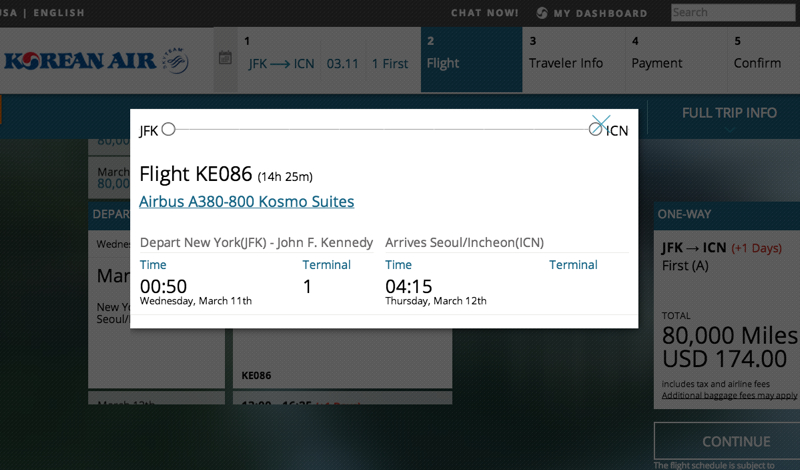 Alternatively, you can easily see how many first class Korean Air award seats there are if you have an ExpertFlyer subscription or use a free trial of the service.
Note that for award redemptions on SkyTeam partners or non-SkyTeam partners, you will need to call the Korean Air Service Center at 800-438-5000.
As noted above, even if you call the service center to place an award on hold, there will be a deadline to ticket that is generally 1 month from when you called. You can no longer hold an award for months and months, until a few days before departure date.
If you need to issue a ticket or to otherwise contact the English speaking SkyPass customer service team, the email is engskypass@koreanair.com. Note that this team is based in Kuala Lumpur but works 9pm – 8am Kuala Lumpur time, which is currently 8am-7pm ET.
Changing or Cancelling/Redepositing a Korean Air SkyPass Award
Any change in a SkyPass award will require the difference in miles and taxes/fees, as applicable, but other than that, there's no change fee and no fee to redeposit an award, at the time of writing this post. Allow about 1 week for the SkyPass miles to be redeposited in your account, and 5-6 weeks for the taxes/fees to be refunded to your credit card, if you're redepositing a SkyPass award.
Additional Tips

Want help with your Korean SkyPass award? TravelSort hotel clients may use my Award Booking Service to book Korean SkyPass awards. Note that I am currently accepting new clients booking a minimum of $3500 in hotel stays or cruises, for the itinerary where award booking assistance is needed. See How to Become a TravelSort Client.

Should You Use Chase Ultimate Rewards Points to Book Korean Air Skypass Awards?

Soju and Spice in the City of Seoul