Last week I compared the top tier elite benefits of the five major hotel chains. I spent a considerable amount of time detailing how many points top tier elite members earn, though didn’t put that into perspective in terms of how much redemptions cost. Hotel points are wildly variable in terms of their value, which is no surprise given the various earnings ratios. For example, Platinum members at Starwood earn only three points per dollar spent at hotels, while Diamond members at Hilton earn 20 points per dollar spent at hotels.

With that in mind, let’s compare the value of hotel points and talk about some of the redemption opportunities out there. While most hotel chains will let you redeem points for just about anything nowadays, from free nights at hotels, to airline miles, to gift cards, to merchandise, I’ll focus on the best redemption opportunities out there, since that’s ultimately what you should base your points valuation on. To keep it simple, we’ll go in the same order as last time:

Hilton Diamond members earn 20 points per dollar spent at hotels, which is the most points per dollar spent of any hotel top tier. Hilton hotels come in seven categories, ranging in cost from 7,500 points (category 1) to 50,000 points (category 7) per night. In other words, to do the very basic math (not factoring bonus points from credit cards, promotions, etc.), $2,500 spent at a hotel as a Diamond member earns you a free night at a top hotel. 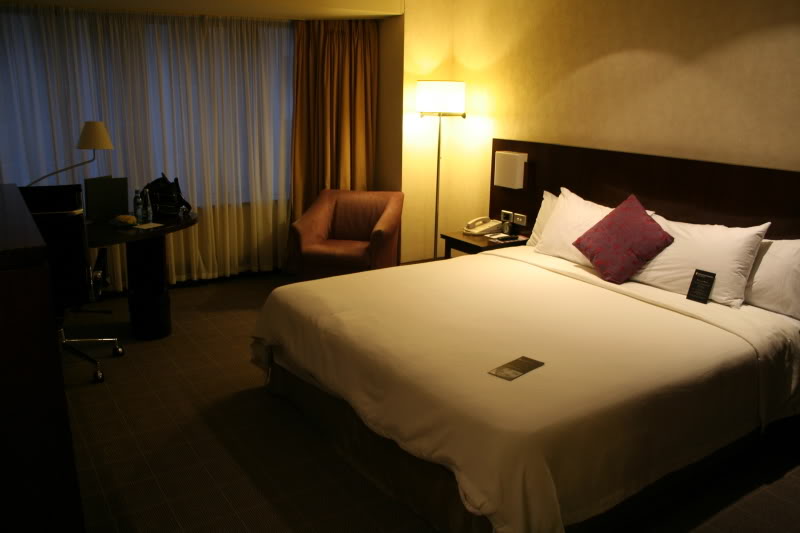 10/15 Update: Note that there have been some major issues with booking standard rooms at some Hilton resorts, referred to by Hilton as a system glitch, but the ones with the French Polynesia resorts (Moorea and Bora Bora Nui) have persisted. See this our Hilton HHonors Points Devaluation post and also this FlyerTalk thread.

It’s no secret that Gold Passport is one of my favorite loyalty programs, though the beauty of the program comes more with the plethora of promotions and amazing elite benefits, as opposed to cheap redemption opportunities. As a Hyatt Diamond member you earn 6.5 points per dollar spent at hotels, and the cost of a hotel award ranges from 5,000 points (category 1) to 22,000 points (category 6) per night. In other words, without factoring in any promotions, a free night at a top hotel will require about $3,400 in hotel spend. 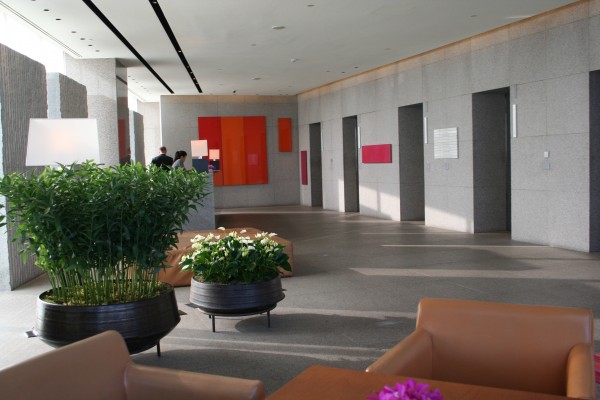 As a Platinum member with Marriott you earn up to 15 points per dollar spent at hotels. Free night redemptions range anywhere from 7,500 points (category 1) to 40,000 points (category 8) per night, though the fifth night is always free (which admittedly isn’t useful to those that prefer shorter stays). So with those numbers, you earn a free night at a category 8 hotel after about $2,700 in hotel spend.

Marriott also offers PointSavers awards, offering up to 33% off of hotel redemptions, though that’s a very limited list of hotels, so of limited use when trying to determine the true value of points.

Furthermore, while I would hardly call it an exceptional value, Marriott also offers “packages,” whereby you can redeem your points for a free week stay and airline miles. For example, at a category 8 hotel (the top category), seven nights hotel and 50,000 miles with select airlines runs you 290,000 points. Typically you would pay 40,000 points per night for the first six nights and get the seventh night free, meaning the cost would usually be 240,000 points. So through this you’re essentially getting 50,000 miles in exchange for 50,000 Marriott points.

As a Platinum member with Priority Club you earn 15 points per dollar spent at hotels, with the exception of InterContinental hotels, where you earn a flat 3,000 to 4,000 points per stay, depending on whether you’re a Platinum member or Royal Ambassador. Therefore it’s pretty hard to quantify exactly how much spend is required for a free night.

The cost of a free night redemption ranges anywhere from 10,000 points per night for select Holiday Inn and Holiday Inn Express hotels, to 40,000 points per night for the top InterContinental hotels. It goes without saying that the redemption opportunities with Priority Club aren’t particularly exciting, but then again, that’s not really what draws me to Priority Club. Instead, it’s the excellent in-hotel benefits and recognition when staying at an InterContinental hotel as a Royal Ambassador member.

One excellent promotion that Priority Club runs every couple of months is their PointBreaks promotion, whereby you can redeem points for select hotels at the cost of 5,000 points per night. While there are a lot of Holiday Inns on the list, there are also occasionally some nice InterContinental hotels on the list. If you snag a hotel through this promotion, it’s an absolute bargain.

One other thing that’s worth noting is that Priority Club and InterContinental don’t technically honor elite benefits on reward stays. This is particularly frustrating, given that you work so hard to earn those points, only to (often) end up in a standard room with limited benefits.

As mentioned above, Starwood Platinum members earn only three points per dollar spent at hotels. The cost of a free night ranges anywhere from 2,000 points (category 1) to 35,000 points (category 7) per night. In other words, a free night at a top hotel requires about $11,700 in hotel spend to achieve, which is astronomically high compared to the other chains. You do get the fifth night free when redeeming at category three through seven hotels, though.

So it’s well known that Starwood isn’t great for outright award redemptions at truly high end properties (while they’re more than reasonable at mid-range properties). If you’re like me, however, you want to use your points for “rewards” you couldn’t otherwise afford. Maybe it’s just me, but a free night at an airport Sheraton just doesn’t excite me.

But there are other aspects of Starwood’s program that really shine. Starwood is the one hotel program where converting points to airline miles is a great deal. Starwood has dozens of airline transfer partners to which you can convert miles at a 1:1 ratio, and beyond that you get a 5,000 point bonus for every 20,000 points you convert to airline miles, meaning each point is essentially 1.25 airline miles. This is why many of us use the Starwood American Express credit card, where you earn one point per dollar spent, which (when transferred in the right quantities) equates to 1.25 miles per dollar spent.

The place where Starwood shines on the hotel redemption side, however, is with their cash and points program. Basically, they let you pay for your room with fewer points and a cash co-pay, which can work out to be quite a deal. This is offered at category one through six hotels. For example, a category six “cash and points” stay would cost you 8,000 points and $150, compared to 20,000-25,000 points for an outright award redemption. Given that 12,000-17,000 Starwood points are worth much more than $150, that’s quite a deal. Also see my post Best Ways to Use Starwood Preferred Guest Points.

So what’s my verdict? Not surprisingly, Starwood points are the most valuable. Then again, that should be expected, given that you don’t earn nearly as many Starwood points per stay as you do with most of the other hotel chains. Hyatt points come in a close second, with great redemption opportunities for truly high end hotels. Hilton, Marriott, and Priority Club all make it easy to rack up hotels points, though on a per point basis are the least valuable. Nonetheless, those three are mostly neck-to-neck, in my opinion, depending on what you’re looking to redeem for.