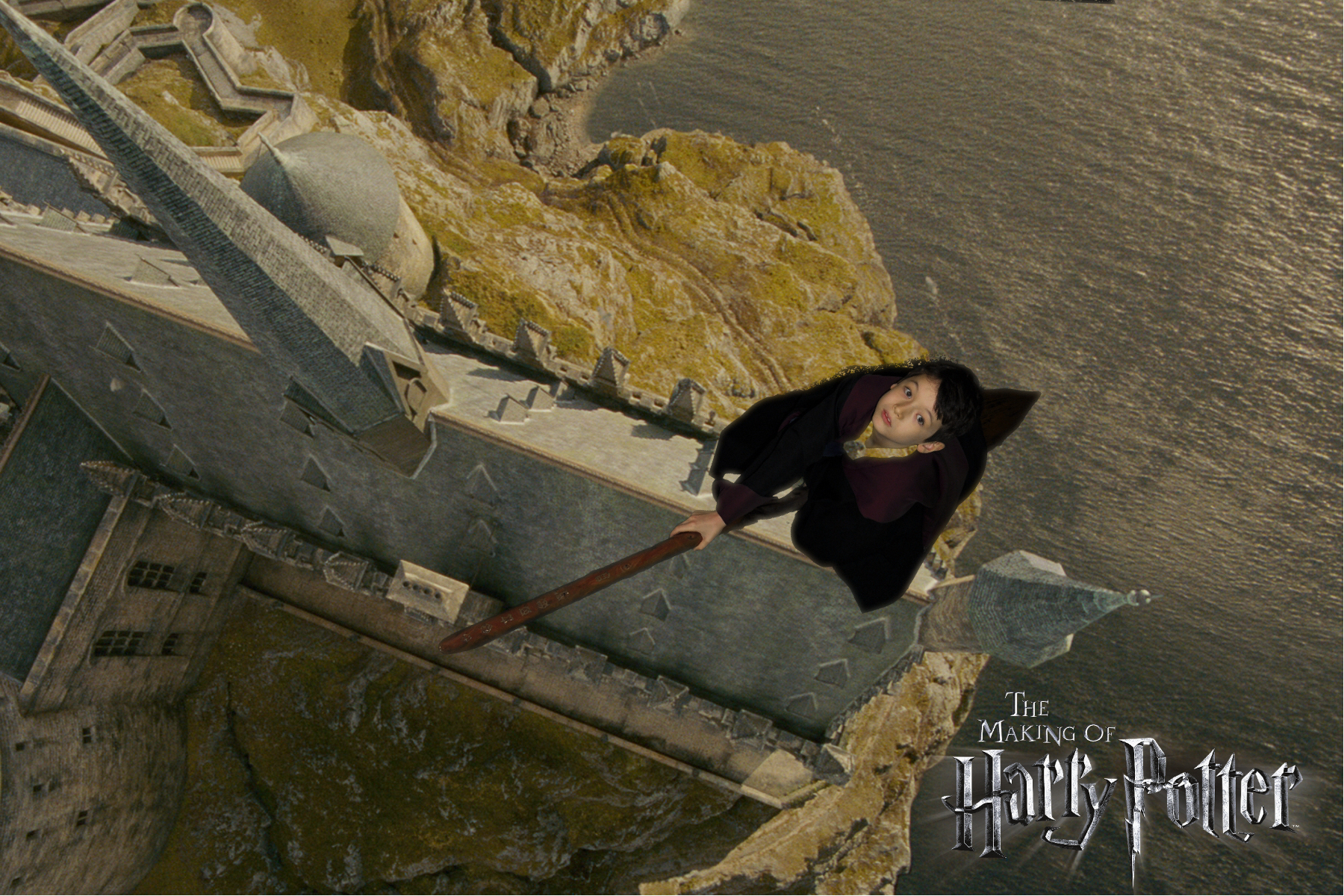 This Warner Brothers Studio Tour-The Making of Harry Potter Review was one of my son's favorite things to do during our recent visit to London. Planning a family trip to London? See all our posts tagged London.

For our hotel site inspection reports and hotel and restaurant reviews from our recent visits to Paris and London, please see:

Harry Potter Studio Tour Review London Location, How to Get There, Hours

The Warner Brothers Studios where the Harry Potter films were made over the course of over ten years are located in Leavesden, about 20 miles northwest of London. To get there from London, take the train from London's Euston Station to Watford Junction (about a 20 minute ride).

Once at Watford Junction, exit and to your left, you'll see the bus stop where the Harry Potter bus periodically picks up visitors. The bus only comes every 20 minutes or so, and the ride is 15 minutes long. The cost is a reasonable GBP 2.50 roundtrip. 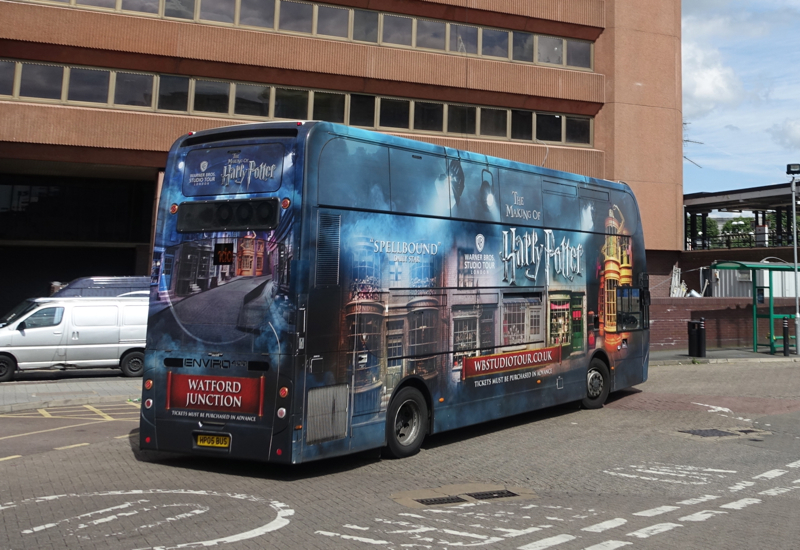 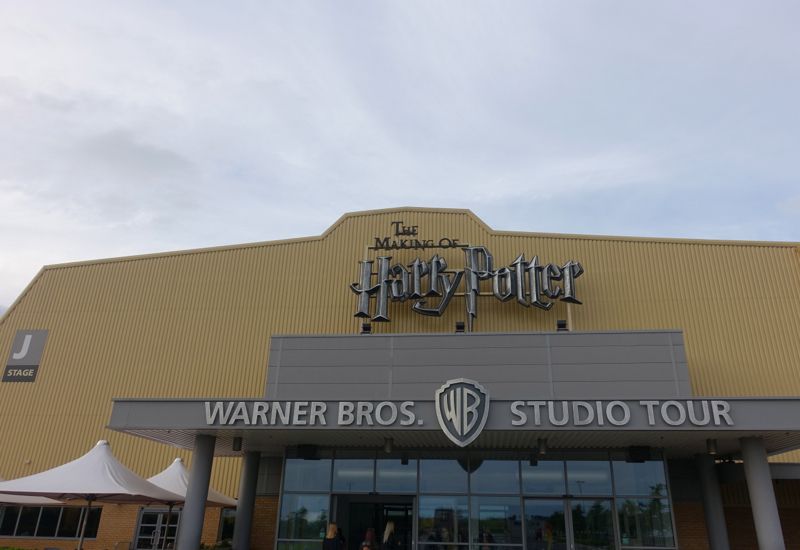 At the time of writing, tickets cost GBP 35 per adult 16 and older, and GBP 27 per child age 5-15. Children 4 and under are free, but tickets are required.

You do need to buy tickets in advance, and I'd definitely plan ahead during holiday periods, as tickets are timed for a specific entry (although you can stay as long as the studio is open that day). For example, all the remaining days of August except August 20 and August 28, 2016 are sold out: 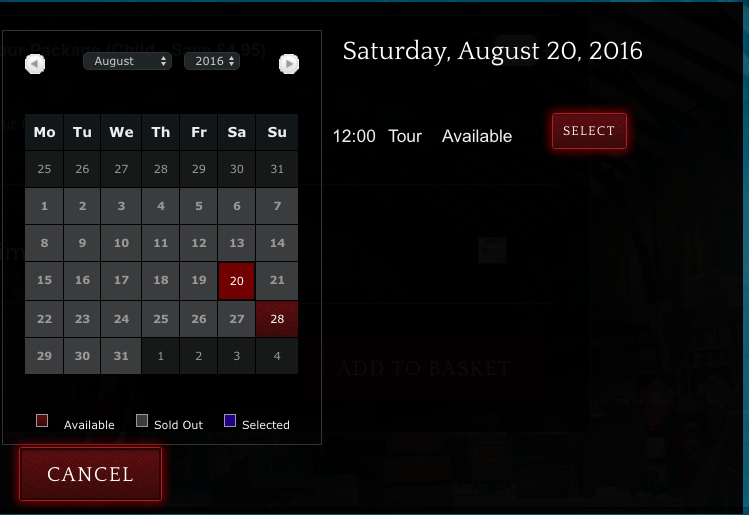 While there's an extra charge to buy prints / digital copies and video, it was fun for my son to see Green Screen Technology at work. I should have delved more into the Harry Potter Studio Tour Web site to figure out this would be an option, because it was not good that my son was wearing a green shirt. The photos help correct for this with some tinting, but in the case of the video, you can see right through him due to the green screen effect and his green shirt. Lesson learned: if you think your child will want to do this, don't dress him/her in green that day. 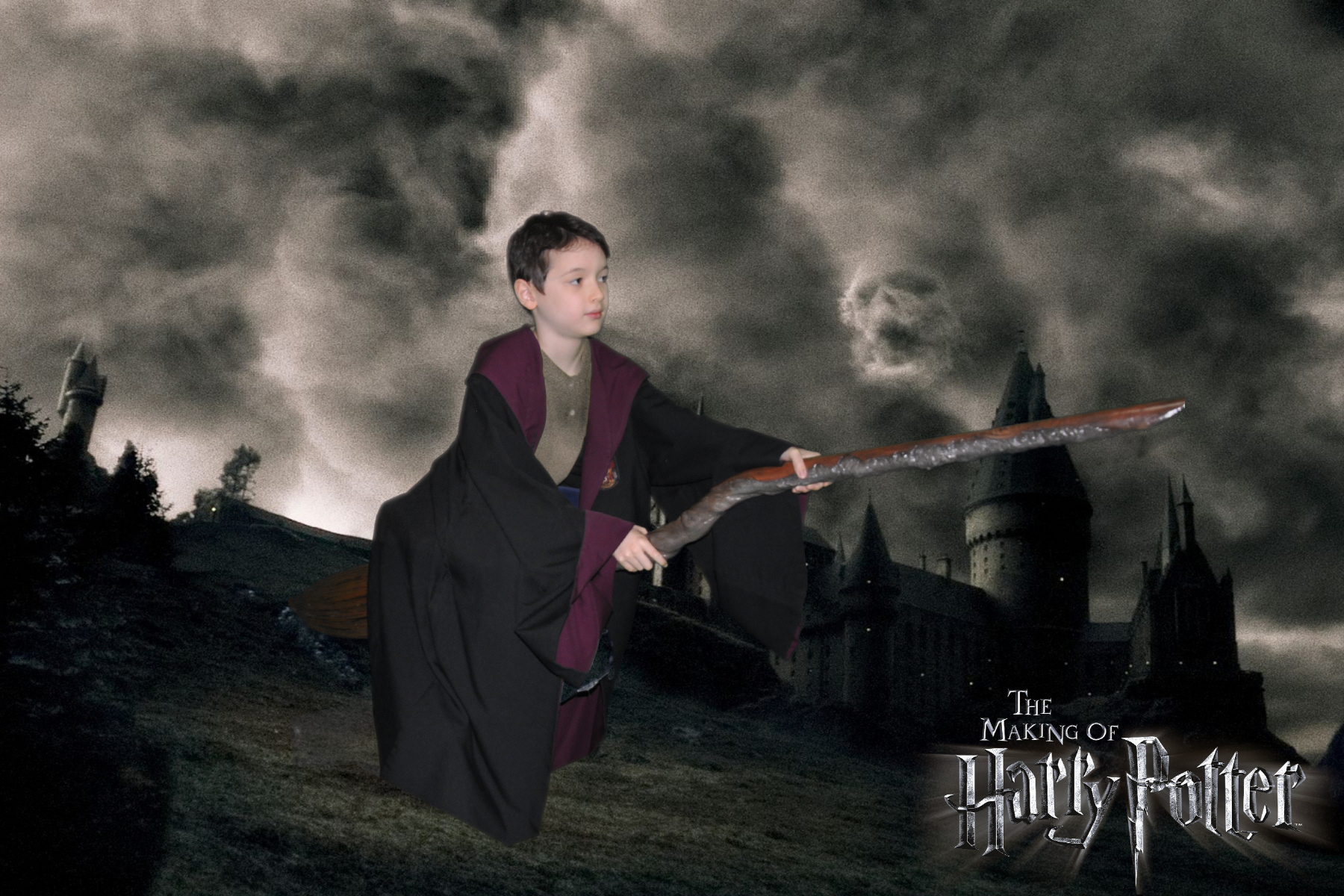 2. Riding the Hogwarts Express and Being Scared by Dementors

This is the first set you see, and as it figures in all the films, it was made to last. I was surprised to learn that the floating candles were originally real ones, suspended by tungsten wires from motorized rigs, but after some falling candles during the first days of filming the directors decided to create most of the illusion with digital effects. 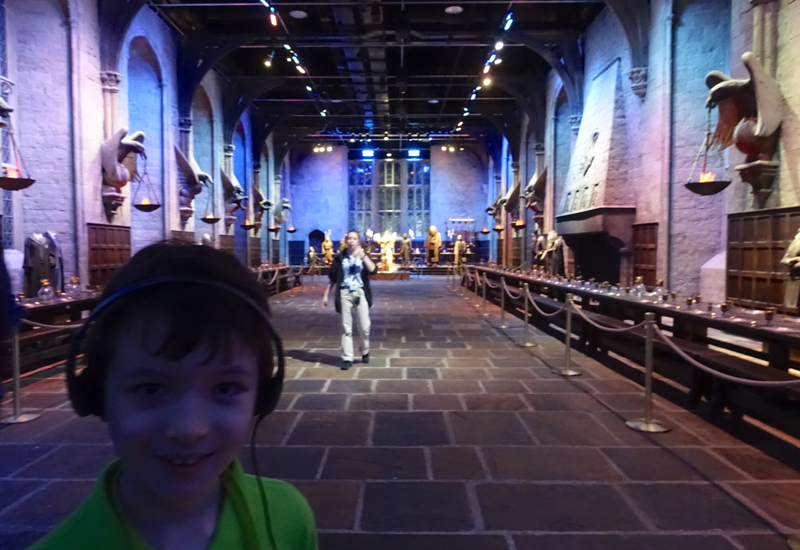 Another elaborate set that includes Grigotts Bank, Ollivanders and other shops, the Diagon Alley was actually repurposed and redone to create Hogsmeade, the village near Hogwarts. 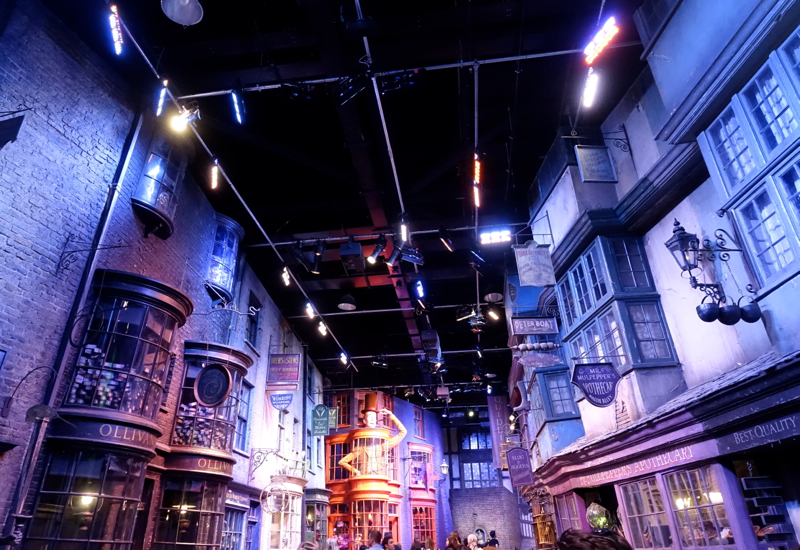 While the rapid movements of the Hungarian Horntail dragon (in The Goblet of Fire) and the Basilisk (in The Chamber of Secrets) were of course digital effects, there were animatronic models created for closeups. 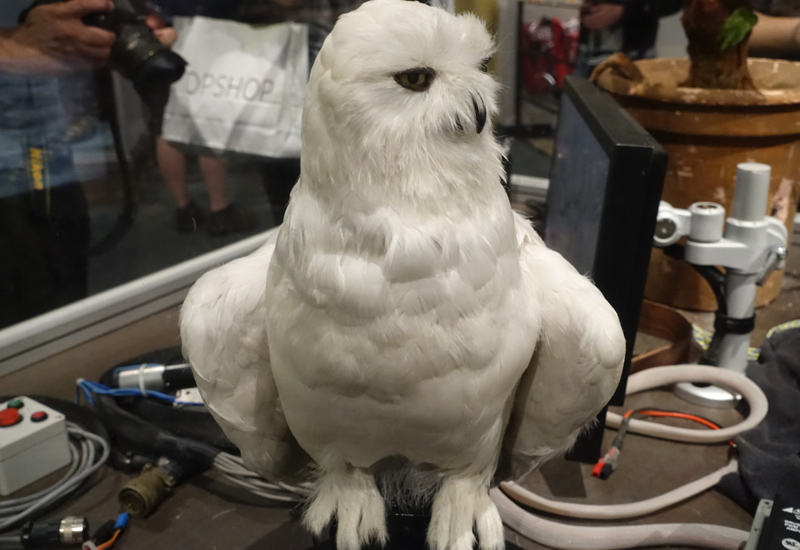 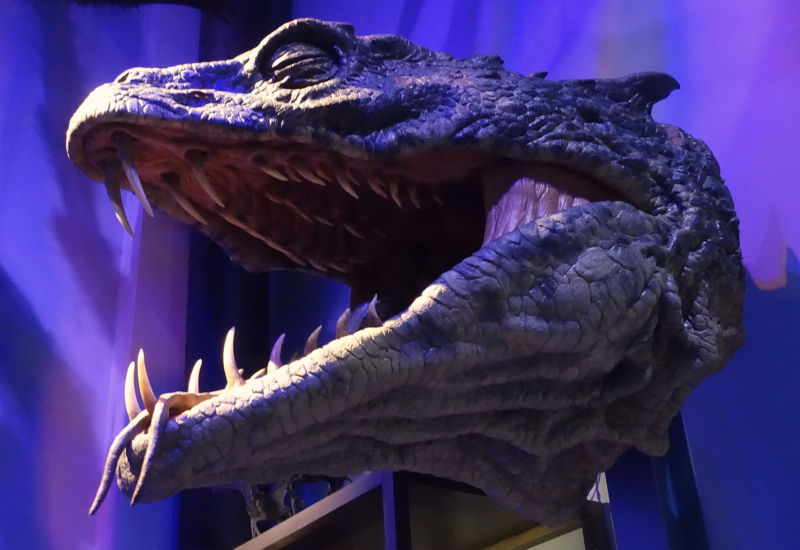 6. Getting to Platform 9 3/4 to Get the Hogwarts Express Train

The scenery and Glenfinnan viaduct that you see the Hogwarts Express Train cross in the Harry Potter films is up in the Scottish Highlands (clients have enjoyed riding the Jacobite steam train on this route, between Fort William and Mallaig) but at the Harry Potter Studio tour you can see the train exterior and some of the train compartment interiors. And you can even pretend you're pushing through the wall to get to Platform 9 3/4: 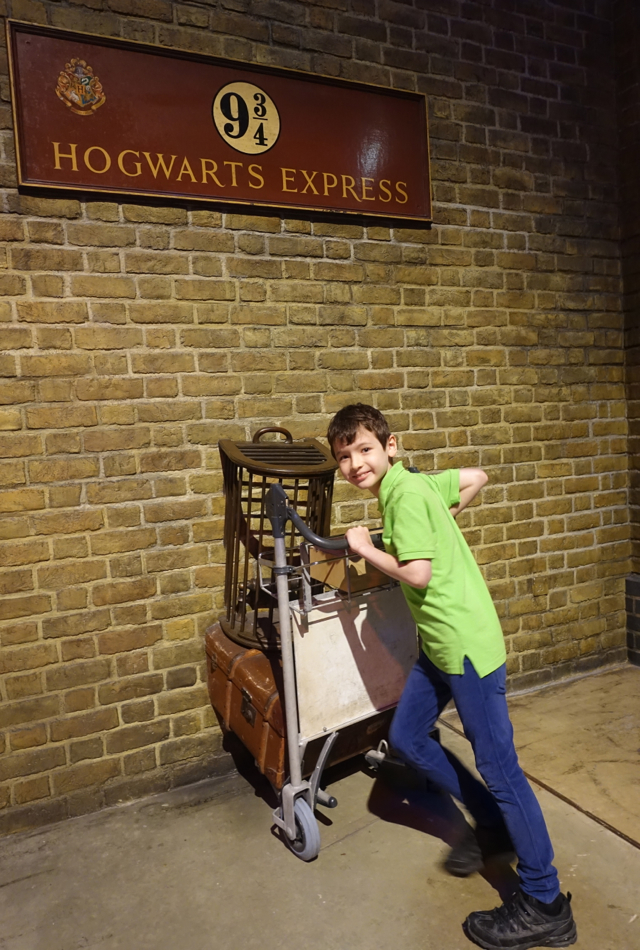 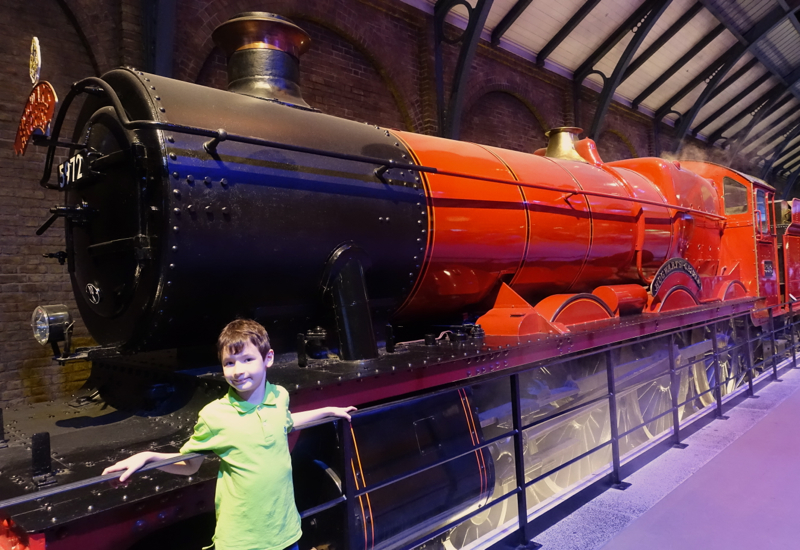 One of things you realize towards the end of the tour is the incredible amount of artwork and architectural planning that preceded building the actual sets. As an example, here's a paper model of Dumbledore's office: 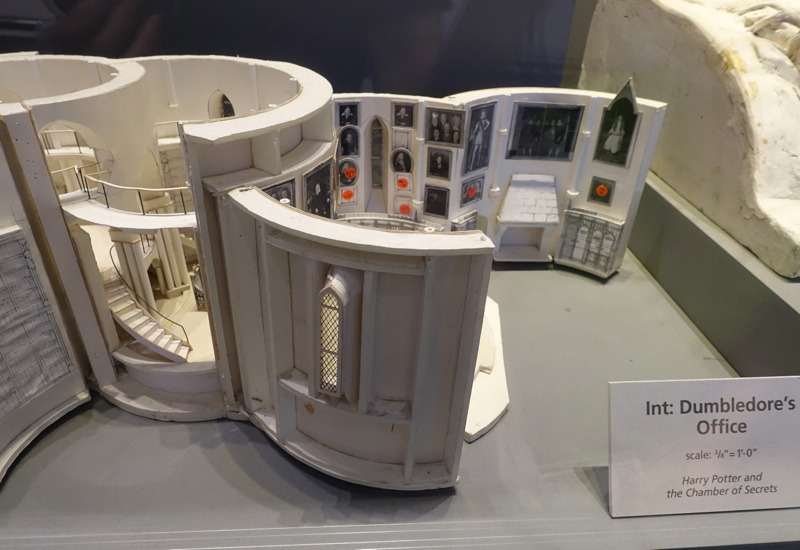 And here's a quick video of the set:

There were many, many other sets we enjoyed seeing, such as the Potions Classroom in the Dungeon, and the Portrait Wall:

Here's Harry's bed (note the “HP” on the luggage trunk): 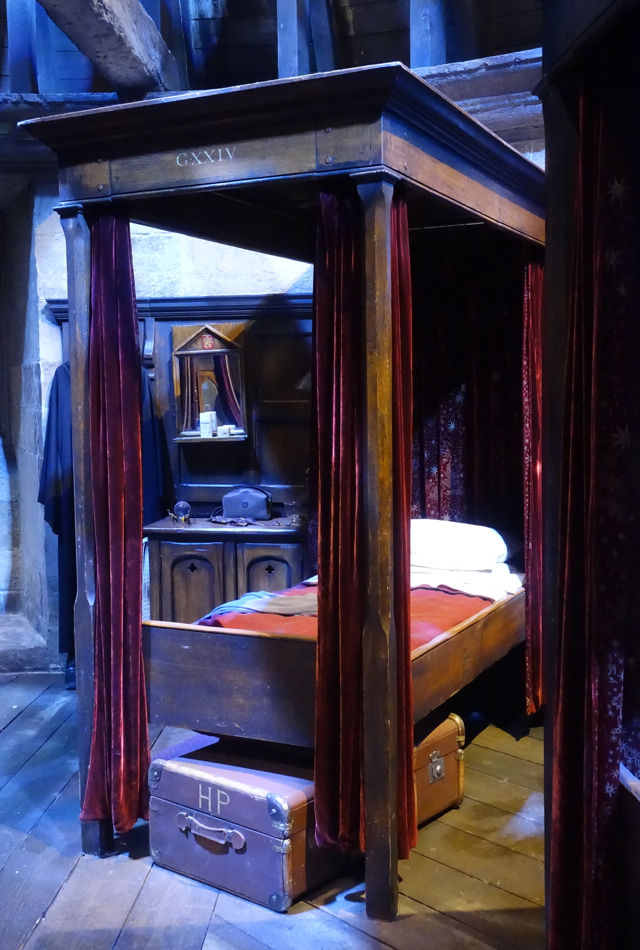 And here's the exterior and interior of 4 Privet Drive, with all those Hogarts letters that the Dursleys tried to keep from reaching Harry: 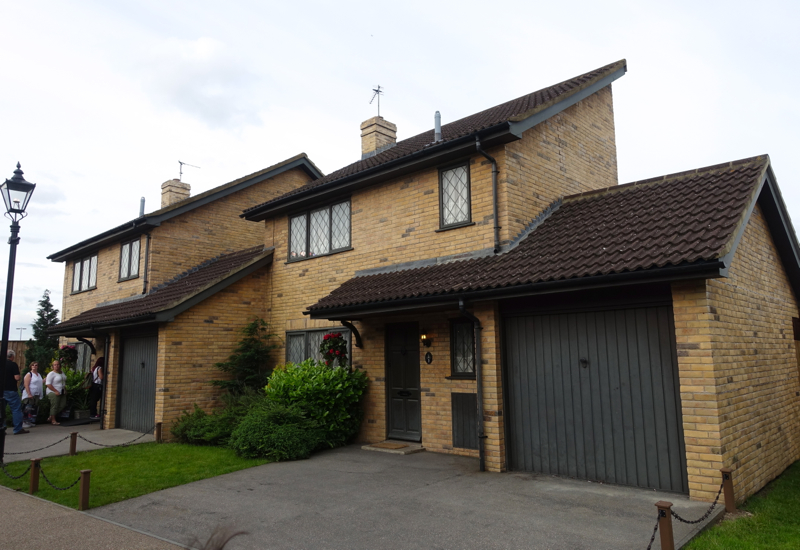 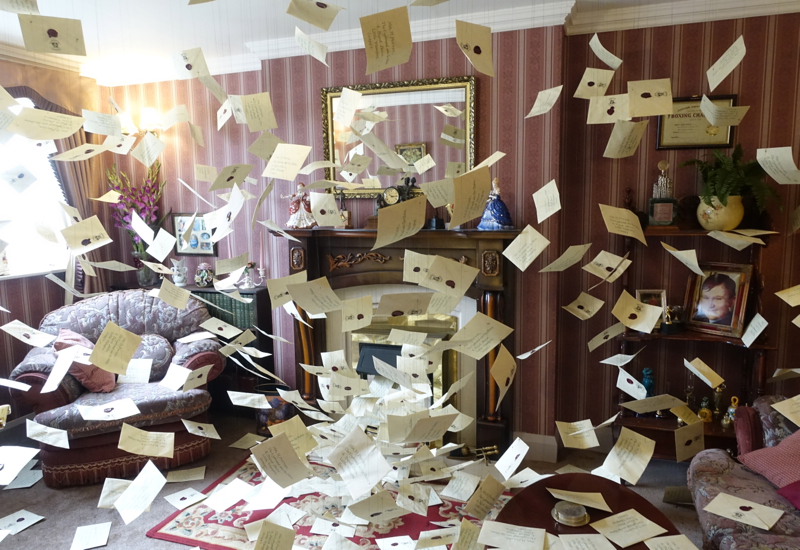 This was more about the novelty factor; I liked the *idea* of butterbeer ice cream much more than the actual product we bought. In fact, this is one of the things I think should be improved–have a really good quality butterbeer ice cream or gelato. I'm probably in the minority though–most families visiting are probably perfectly happy with the artificial soft serve stuff. 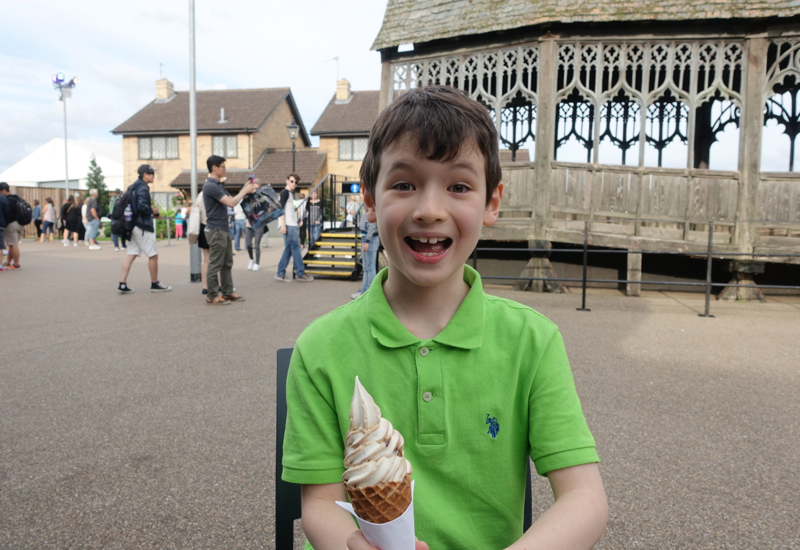 While my son is the huge Harry Potter fan in our family and I've only read bits and pieces of the books, we both enjoyed our roughly 3 hour visit to the Warner Brothers Studio Tour, The Making of Harry Potter. I liked that it wasn't just another gimmicky attraction trying to extract as much money from visitors, although there was certainly a well stocked shop at the end and fairly high prices for the optional photos and video as well as refreshments (so don't come hungry).

But the focus of the visit remains the richly detailed sets, models, and animatronic practical effects used in the films, many of which took months of painstaking effort to build, and that were married with the digital special effects to create the immersive film versions of J.K. Rowling's books.

If I could improve a few things about the Harry Potter Studio Tour, it would be to have the bus from and to Watford Junction come more frequently; have the assistants ensure the cloaks donned for the broomstick riding cover one's shirt (since a green shirt doesn't work well with green screen technology) and improve the quality of the butterbeer ice cream.

If you've taken the Warner Brothers Studio Making of Harry Potter tour, what was your experience?

Best Time of the Year to Visit London?

Become a TravelSort Client and Book Your Hotel with Virtuoso or Preferred Partner Amenities!