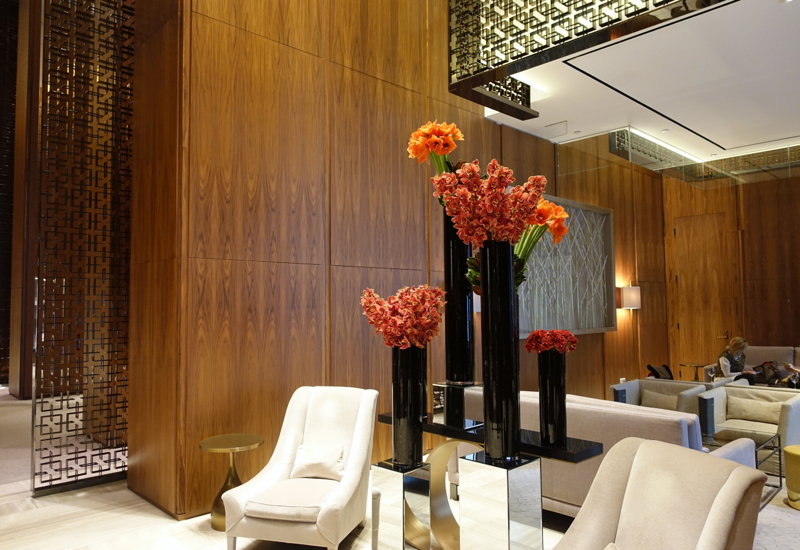 This Four Seasons Toronto Review is part of a Toronto trip report on Toronto luxury hotels and dining. For the prior posts, please see:

Four Seasons Toronto is located at 60 Yorkville Avenue in Toronto, steps away from Yorkville boutique shopping and restaurants. We made a quick hop on the Toronto subway (line 1) to Bloor Station, then walked a few minutes to the hotel. Here's the entrance to the hotel: 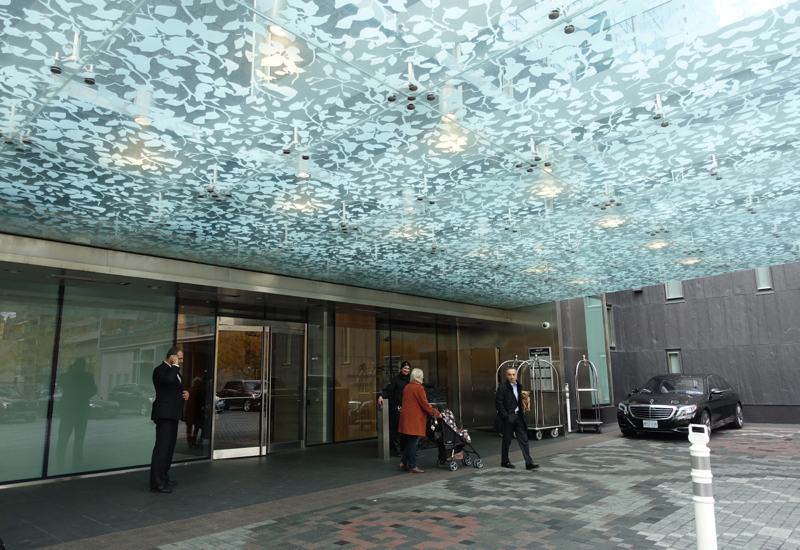 Four Seasons Hotels started in Toronto, but the current Four Seasons Toronto was newly built and opened in 2012. Its soaring lobby interior is accented with gorgeous flowers, inspired by Jeff Leatham (of Four Seasons Hotel George V, Paris), who has trained the hotel's floral designers. 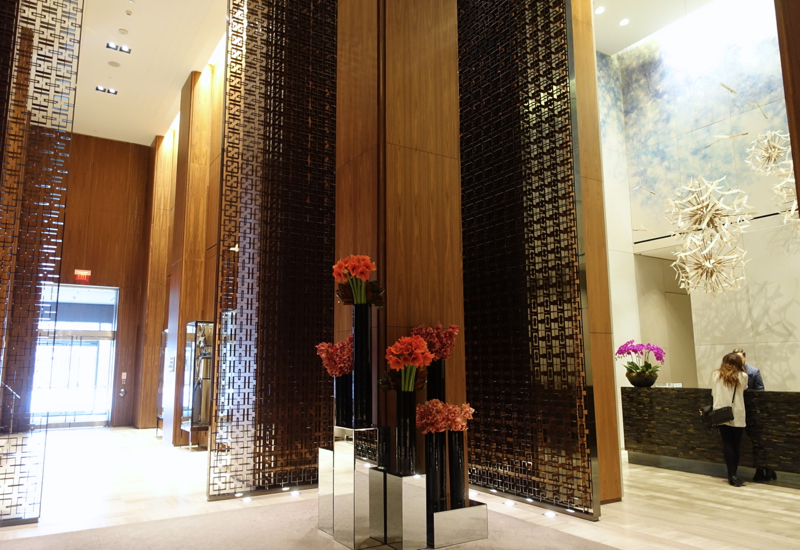 We were warmly welcomed, and my son even got to pick out a treat from the hotel's gumball and toy machines: 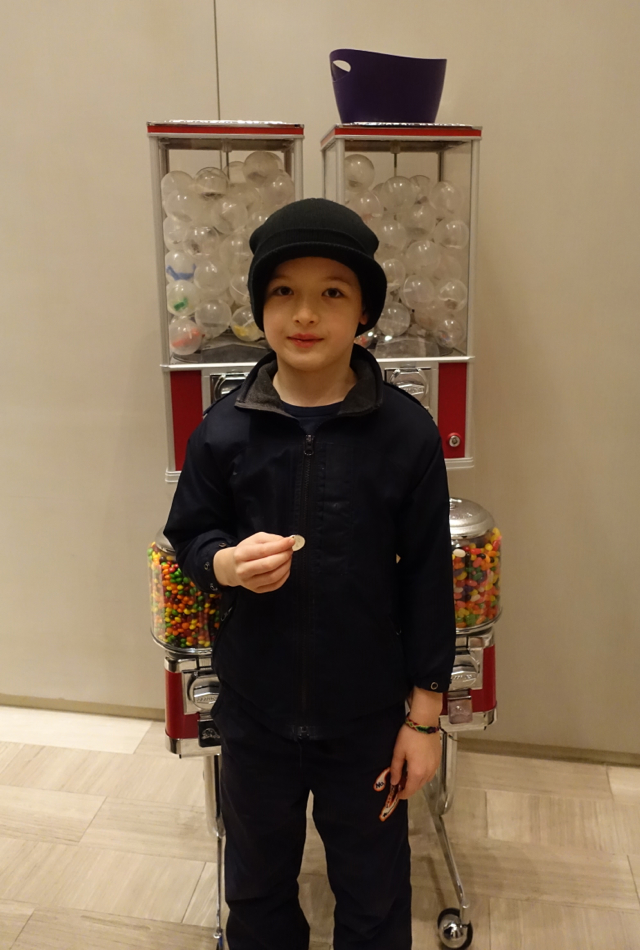 We'd been upgraded to a corner Premier Room, which featured windows on two sides, and two double beds, as we'd requested. Four Seasons Superior, Deluxe, and Premier Rooms are all a generous 515 square feet, so the difference in these room categories is not space but rather the floor and view; Premier Rooms are located on higher floors (floors 10-21) and enjoy West and East city views. 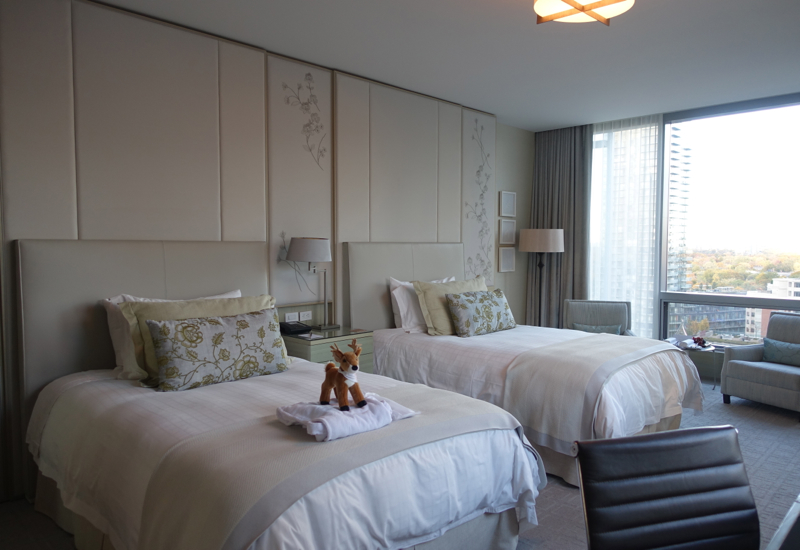 I definitely enjoyed having more open space and a glimpse of fall colors out the window, vs. staring at another building at the Trump Toronto: 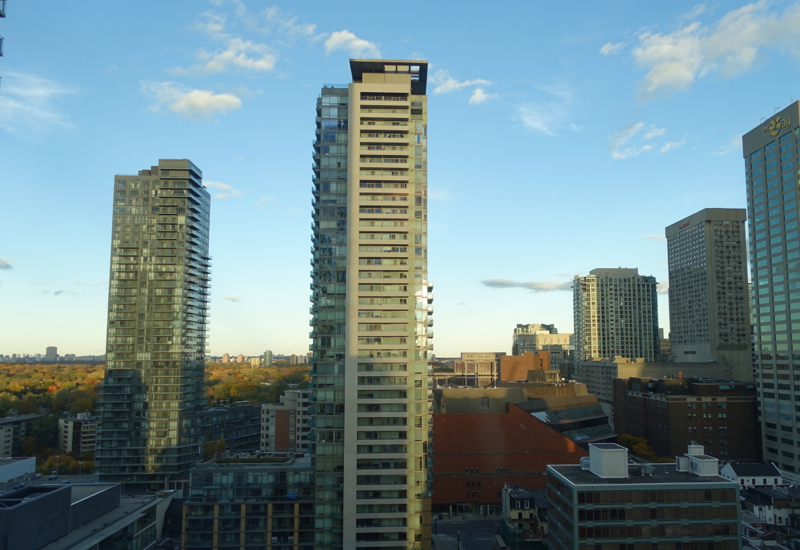 A cute plush reindeer was waiting for my son, along with a child-size bathrobe, on his bed: 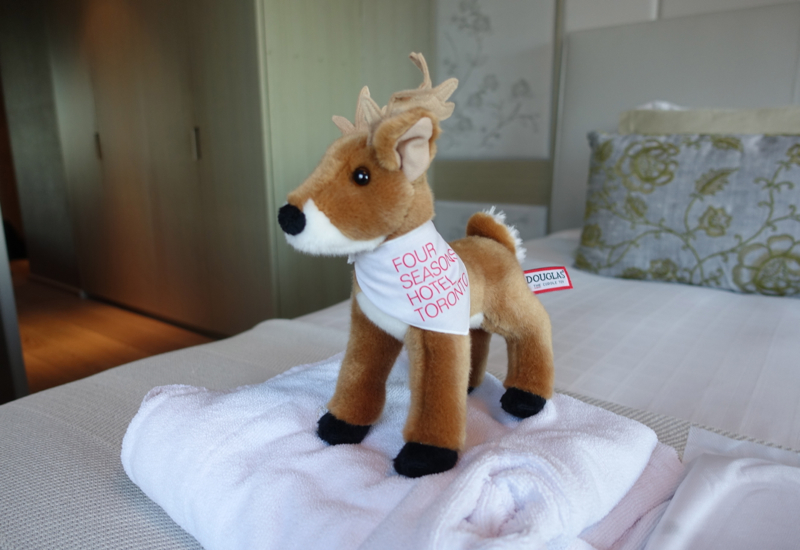 He was also happy to see some delicious fresh fruit and berries on a plate with the Toronto skyline for him: 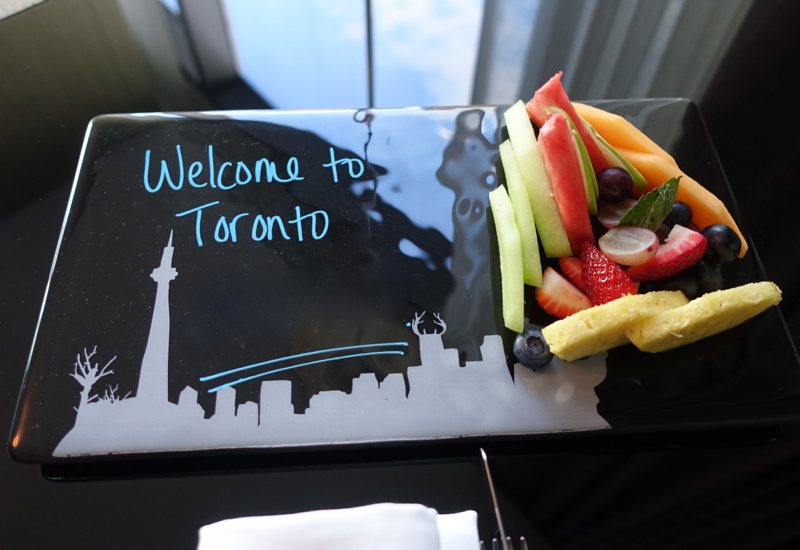 And I was equally thrilled to enjoy some delicious cheese, bread, and even chilled Riesling: 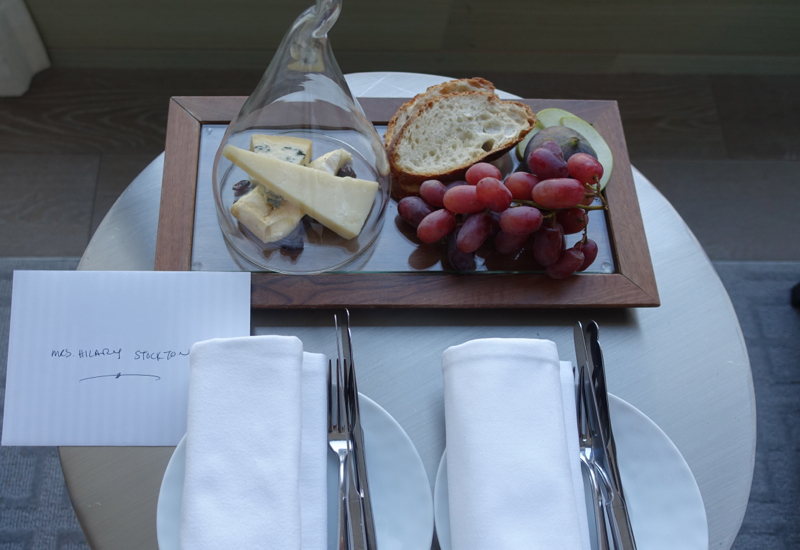 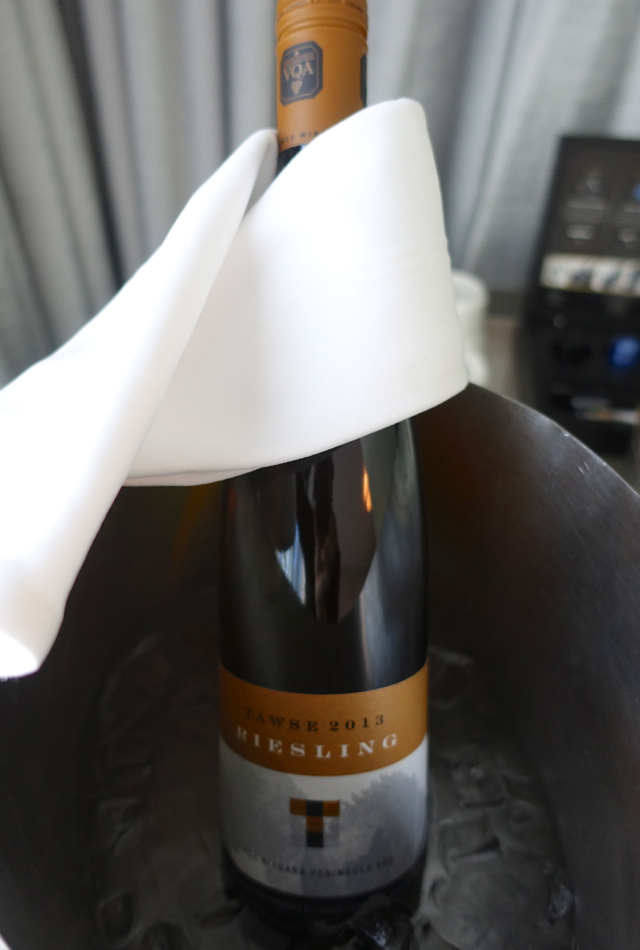 The bathroom featured double sinks and a TV embedded into the mirror: 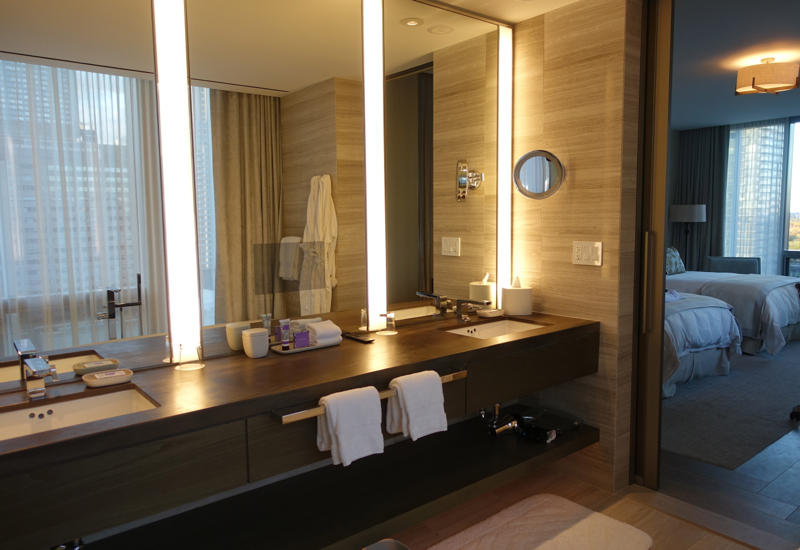 There was a free standing soaking tub, as well as a separate glass enclosed rain shower: 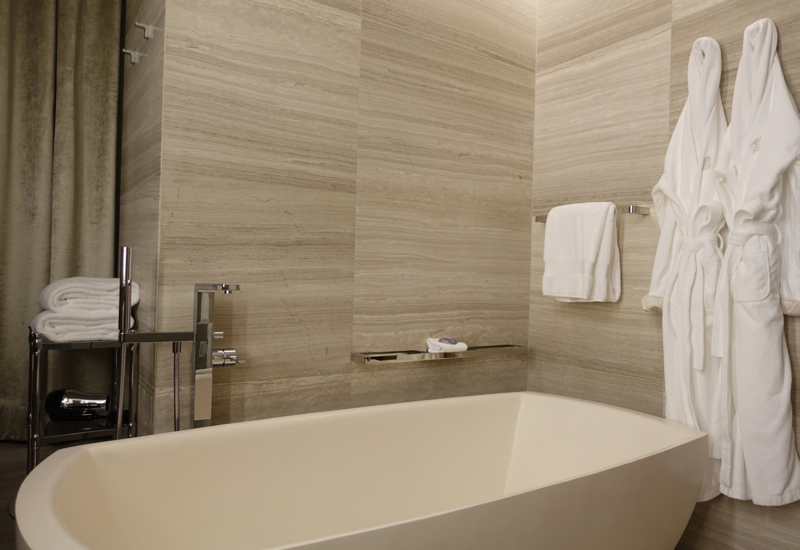 Bath products were Etro Milano, which I'll admit I don't care for as much as L'Occitane, but it's a personal preference. 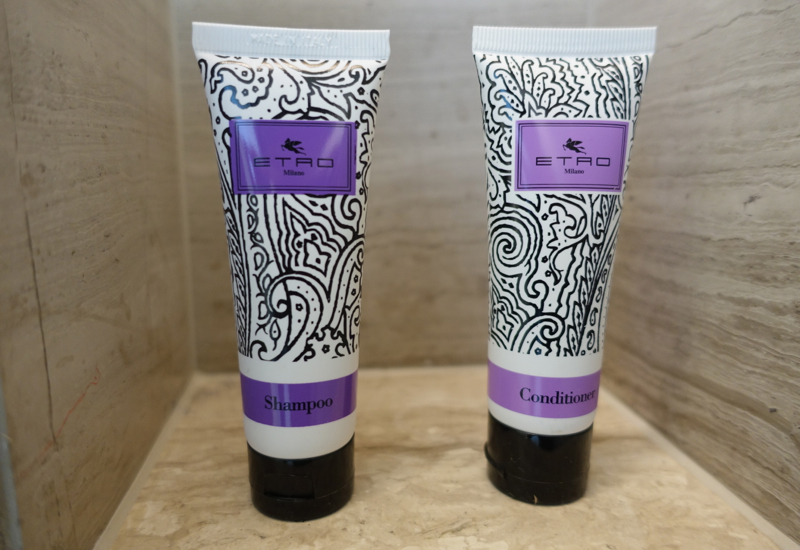 A handy iPad provided the weather forecast and hotel services; you can also check-in ahead of time for Four Seasons Toronto and many other Four Seasons, courtesy of the Four Seasons app. 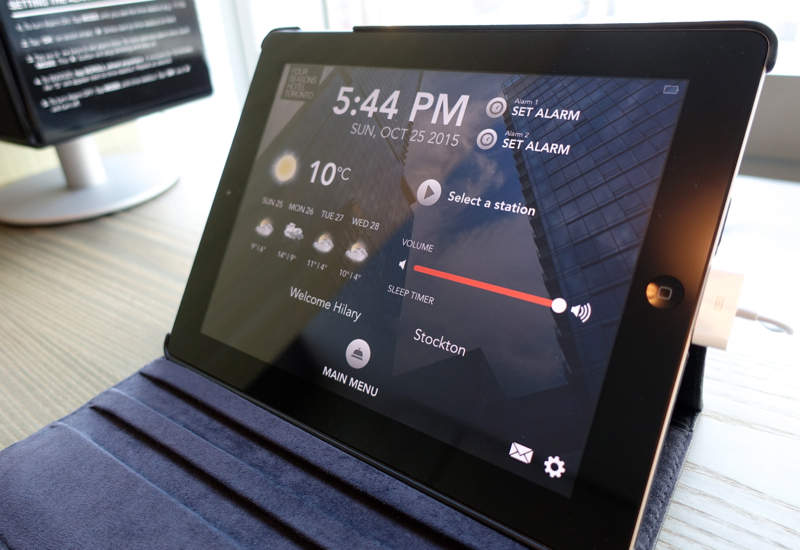 While the new Four Seasons bed will be phased in, currently the customizable mattress bed is only available for king size beds. I was able to try it by moving to a Deluxe Corner Suite, which is 670 square feet and can accommodate either 3 adults or 2 adults and 2 children. Conveniently, there's a half bathroom just off the hallway, so the family member in the living room has his/her own bathroom. The sofabed in the living room was already made up, which my son quickly snuggled into: 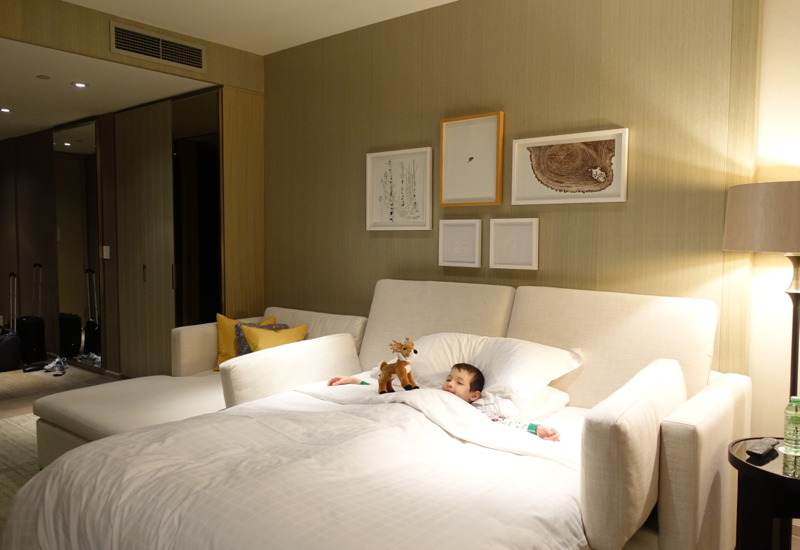 And I had the best sleep of all my Toronto stays in the new Four Seasons Bed, with the Signature Plush topper: 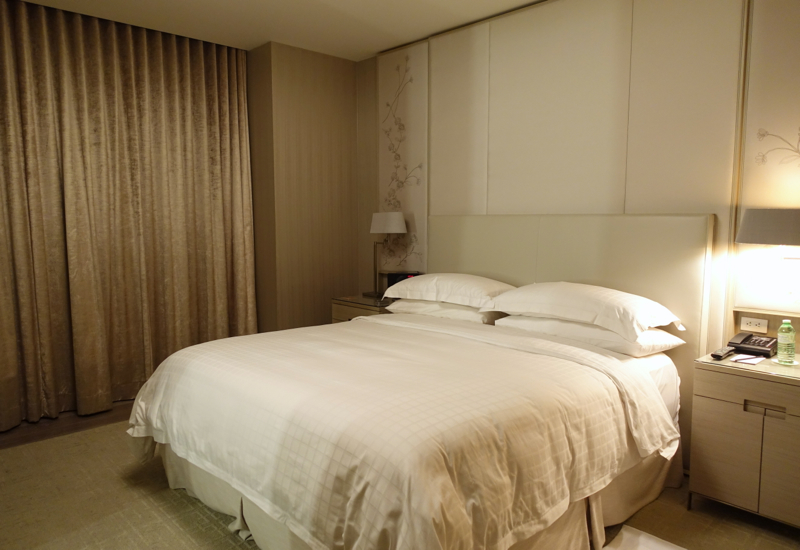 In the morning, we were able to appreciate the even better view from this suite: 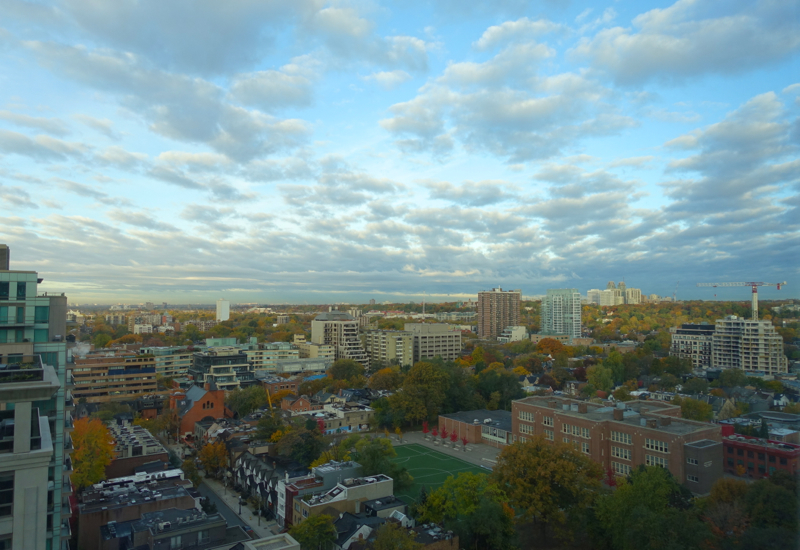 And after a refreshing swim at the swimming pool, my son enjoyed luxuriating in a bubble bath: 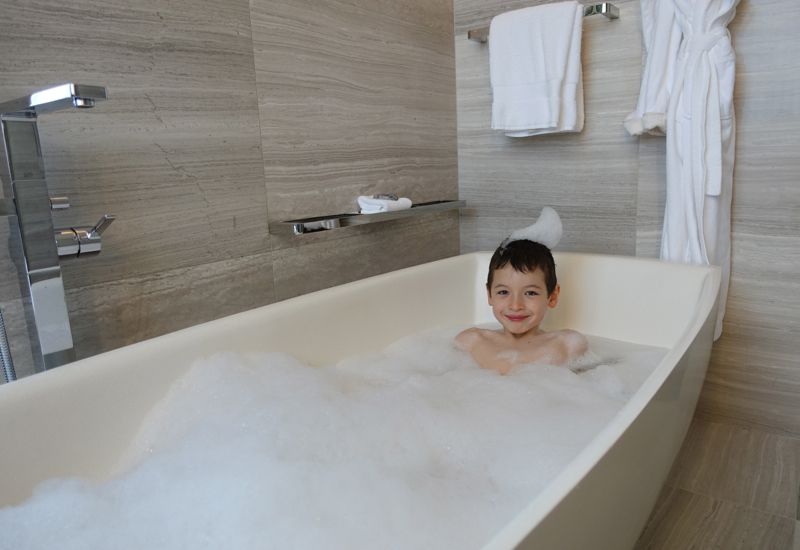 We loved the relaxing ambience of the indoor swimming pool on the 9th floor, with plenty of lounge chairs and natural light from the skylights. 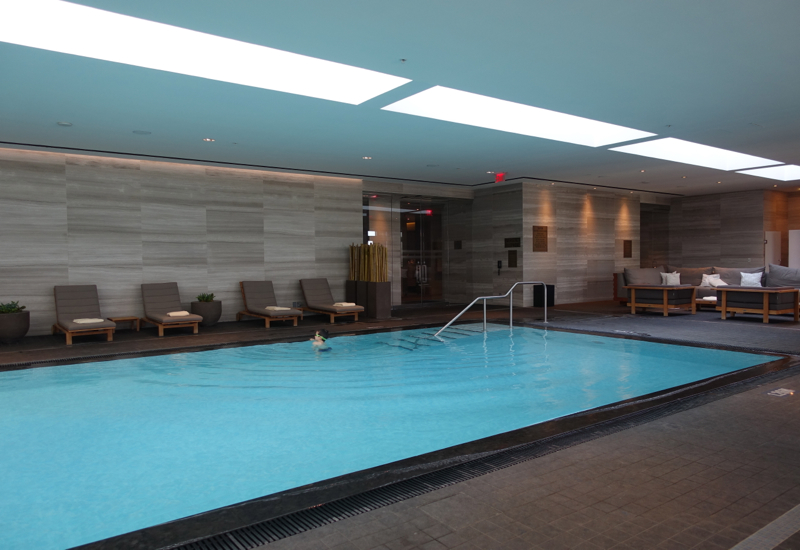 Similarly, we found the jacuzzi whirlpool more soothing and spa-like than the one at the Trump Toronto, and no loud partiers either. 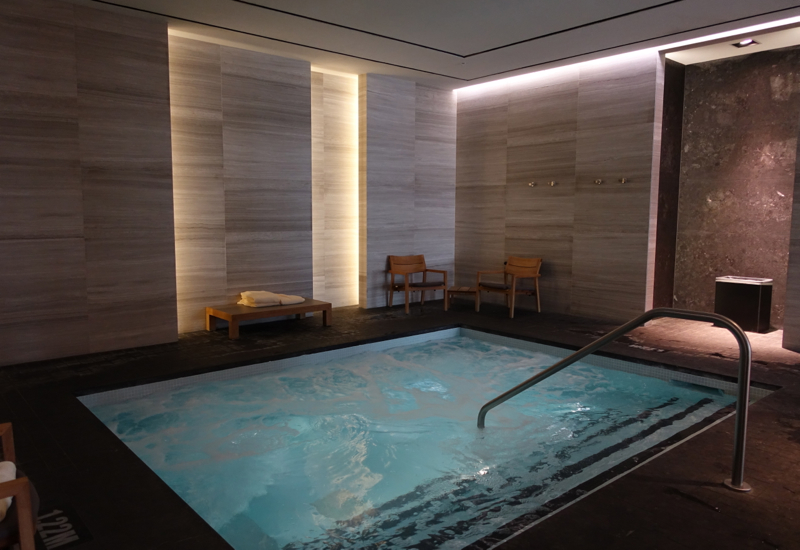 I'll cover our breakfast and dinner at Four Seasons Toronto's Cafe Boulud in a future post.

We enjoyed a fantastic stay at Four Seasons Toronto, which was more personalized than our other Toronto hotel stays. We were asked prior to our stay about our food, wine and water preferences, allergies, arrival and departure times and my son's age, and the hotel really went the extra mile to make our stay special. I'm especially grateful to have been able to sleep on the customizable new Four Seasons bed, since I hadn't slept well the night before. There aren't many beds that are more comfortable than the one I have at home, but this one was.

There's also so much to be said for making kids feel happy and welcomed, and Four Seasons does this better than any other luxury hotel, from a plush animal friend and edible welcome treat to kid-size bathrobe, kids' menu, and how friendly the staff are with kids, even at urban, primarily business locations such as Four Seasons Toronto.

How to Make a Four Seasons Bed

Disclosure: We received a complimentary stay and breakfast at Four Seasons Toronto. The views expressed in this post are mine.