Update: The Mercedes-Benz Platinum AMEX offers a better public bonus offer of 50,000 Membership Rewards points for just $1000 spend in 3 months–see the link and other cards you may want to apply for at Earn 1 Million Miles and Points in a Year Without Flying. Also note that the $200 airline incidental fee credit is per calendar year, so you could earn it twice, for $400 in credit, before your annual fee comes due. See Maximizing the AMEX Platinum Airline Fee Credit. You can also leverage the AMEX Platinum Card Global Entry Benefit to get the $100 fee reimbursed.

First of all, much like the Premier Rewards Gold card, the American Express Platinum card accrues Membership Rewards points. Membership Rewards points can be redeemed for merchandise, gift cards, hotel points, airline miles, etc. If you’re looking to maximize your points, the only redemption to consider is transferring points to mileage programs of one of their partner airlines, like Air Canada’s Aeroplan, All Nippon Airways’ Mileage Club, British Airways' Executive Club, etc. Unlike the Premier Rewards Gold card, the American Express Platinum card earns a flat one point per dollar spent on all purchases. So solely in terms of the number of points you earn, it’s not nearly as rewarding as some of the other cards out there. That being said, it does come with a 50,000 point sign-up bonus right now, which is very generous. 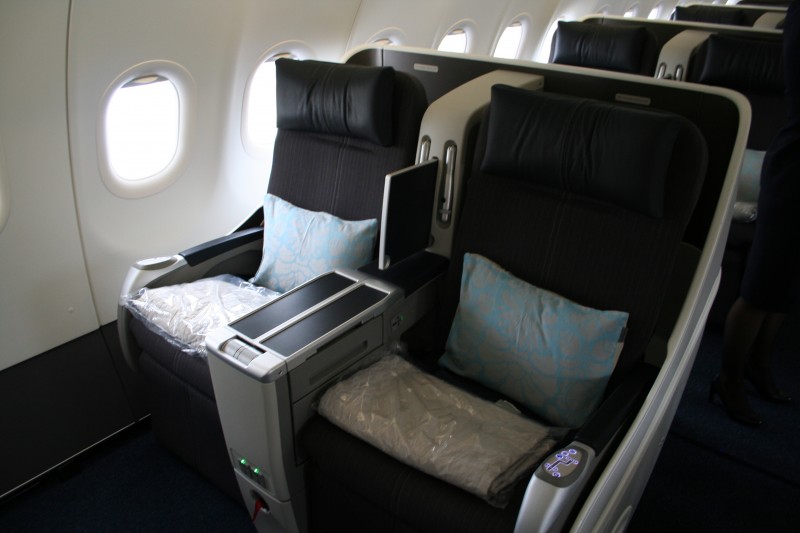 The biggest benefit of the Platinum card has always been airport lounge access. As a Platinum cardholder you get access to American Admirals Clubs, Delta SkyClubs, US Airways Clubs, and through September 30, 2011, Continental Presidents Clubs (at which point the relationship is ending due to the merger with United). So if you fly any of those airlines frequently, that’s a great benefit. 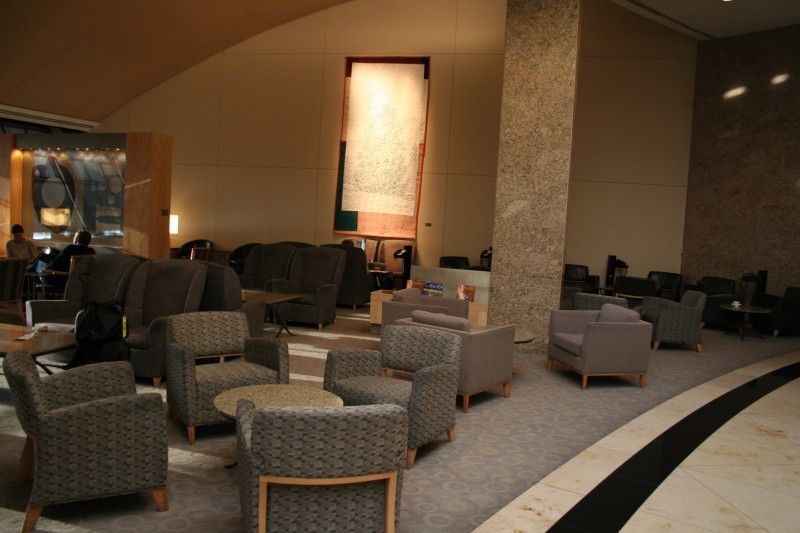 The slight catch is that you actually have to be flying that airline in order to use the lounge. In other words, in order to use the Delta SkyClub, you have to actually be departing on a Delta flight. If, on the other hand, you had a Delta SkyClub membership, you could use the lounge regardless of which airline you were flying. There are also a few other “asterisks” that make lounge access less valuable through the Platinum card. For example, American only provides free wireless internet to their members, elites, and one-day pass holders, which means you would have to pay for internet if you access an Admirals Club through your Platinum card. Fortunately that’s not the policy at the other airlines’ lounges.

Because many members perceived the partnership with Continental to be a major benefit of the Platinum card (both in terms of points transfers and lounge access), American Express has added a new benefit in anticipation of the Continental partnership ending this September. They now offer a $200 annual airline fee credit. Almost everyone should be able to get value out of that, though they have made the program much more complicated than it needs to be (intentionally, probably, so that they don’t have to dish out the full $200 for every member). You can choose a single airline for each calendar year for the fee benefit, and any fees racked up on the airline and charged to your Platinum card will be refunded, up to $200. Fees like paying for baggage, ticket changes, and food/drinks aboard flights qualify. Anecdotal evidence suggests even lounge passes and sometimes upgrade coupons qualify. At first I figured the benefit was pretty useless as an elite member with an airline, though it’s really not, because we’re even stuck paying some fees. For example, when booking an award ticket through US Airways, everyone is stuck paying the $50 “Dividend Miles processing fee” on award tickets.

The other major benefit of the Platinum card is the Fine Hotels & Resorts program. Basically, at over 600 hotels around the world, you receive special benefits and amenities when staying at a member hotel, typically for around the same price that the hotel is charging directly (though sometimes a little bit more). The standard benefits are free breakfast, a room upgrade, 4PM check-out, and an additional hotel benefit. Most of the time that additional benefit is along the lines of a dining credit, spa credit, complimentary club lounge access, etc.

Just to give an example, I stayed at the US Grant in San Diego a couple of months ago. The rate I paid was $40 higher than what the hotel was charging directly, though for that I received a $50 breakfast credit, $100 dining credit (which I used for a very nice dinner at the restaurant), suite upgrade, and 4PM check-out. That’s quite a bargain, in my book. At times, it really makes me question the value of elite status with hotels, when you can get benefits like that without any sort of “loyalty” to one chain. 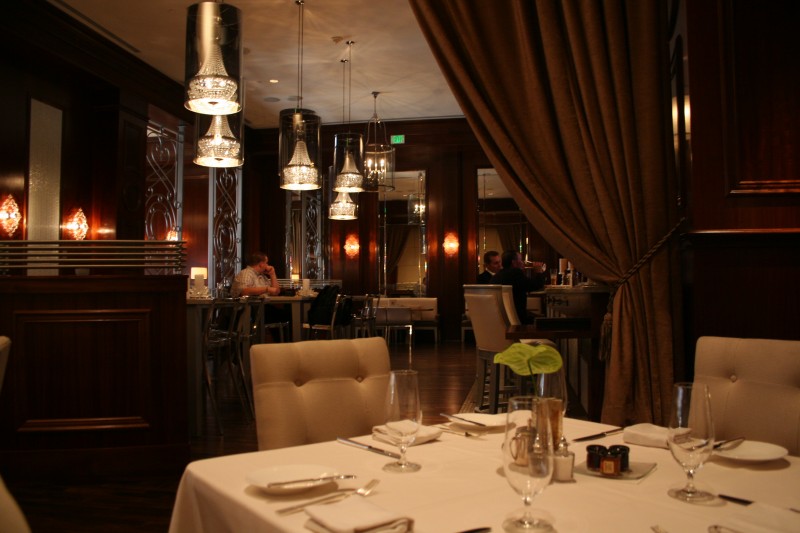 Those are the travel benefits I find most valuable, though there are other benefits that are worth mentioning as well. The card comes with up to $3,000 in baggage insurance if you pay with the card and your bag gets lost. That being said, I think Premium Baggage Protection is a worthwhile investment, which covers you if your bags are delayed, with up to $500 for essentials. At a cost of $7.50-$10 per itinerary, it's quite a nice deal.

The card also comes with purchase protection, covering you up to $10,000 if something you purchase is stolen, damaged, or even accidentally lost. They also cover you for up to $300 when you buy an item and are unable to return it. Lastly, the card will extend the manufacturer's warranty on an item purchased with the card by up to one year. These benefits do give you peace of mind, though I've never run into a situation where I actually needed to use them.

So while the above does at least give you peace of mind, there are some benefits I just don't find to be especially useful. For example, the card comes with a “24 hour concierge service,” though in this day-and-age of do it yourself travel, I can't imagine a use for that. Sure, someone can take care of arrangements for you, but given that they aren’t experts on every city in the world, I’d much rather make plans on my own.

They also have some two for one airfare opportunities, but it requires you to typically pay for a full fare ticket. So while it’s nice to have a “buy one get one free” ticket to New Zealand, $13,000 for business class is still a bit more than I would like to pay, especially since you can probably get two discounted business class seats for less than that.

So is the American Express Platinum card worth getting, given the annual fee of $450? Well, for the first year it’s probably a great deal, given the current 50,000 mile sign-up bonus. Would I get it just for me? No. But I’m an additional cardholder on my dad’s account, as is everyone else in my family. I reimburse him for my portion of the annual fee and don't charge anything to the card, though probably get use out of it once a month, either by booking a hotel through Fine Hotels & Resorts or by using an airline lounge that I wouldn’t otherwise have access to.

If you’re just into earning as many points as possible, there are better value propositions out there, like the American Express Premier Rewards Gold card. I think the Platinum card would be my “go to” card if they had a similar points earning ratio to the Premier Rewards Gold card. At the same time, if you can take full advantage of the $200 airline fee credit, and would access airline lounges frequently (or possibly even save on an airline club membership), this card might just be for you.

Earn 1 Million Miles and Points in a Year Without Flying

Which Credit Cards to Keep, Trade, Churn and Apply For