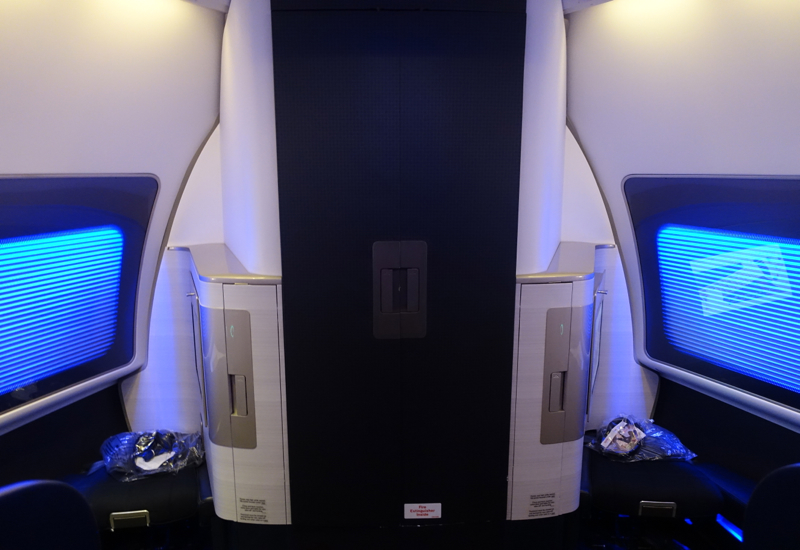 This post on the best seats in British Airways New First Class on the 747-400 JFK-LHR is part of a round the world trip report including first class and business class flights, luxury hotel stays in London and Asia, and restaurant reviews.

The munchkin and I have flown British Airways New First Class before, although on the 777, not on the 747. So, although this was a short flight and amenities were similar, I wanted to provide perspective on the seating and what I view as the best seats.

On the 747-400, by contrast, there are 5 seats on each window side, and two sets of paired seats in the center. Seats 1A and 1K flank a closet, which causes SeatGuru to caution that you may want to avoid them, but if you're able to get seated in them, they can actually be the two most private seats. The issue is that you typically cannot reserve those seats in advance unless you're a frequent flyer elite.

Here are daytime and nightime views of Seat 1A: 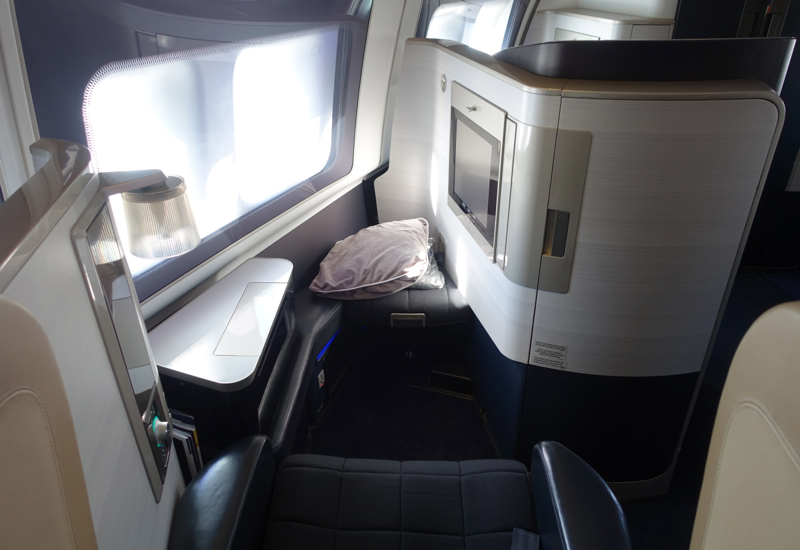 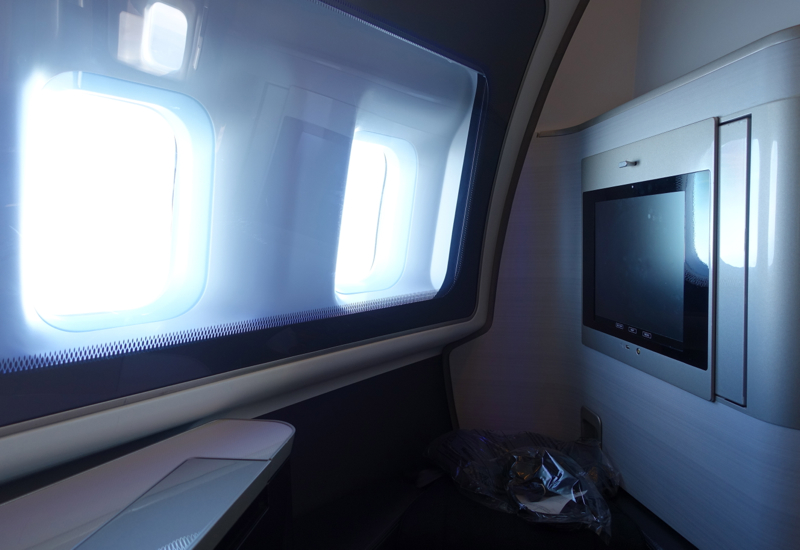 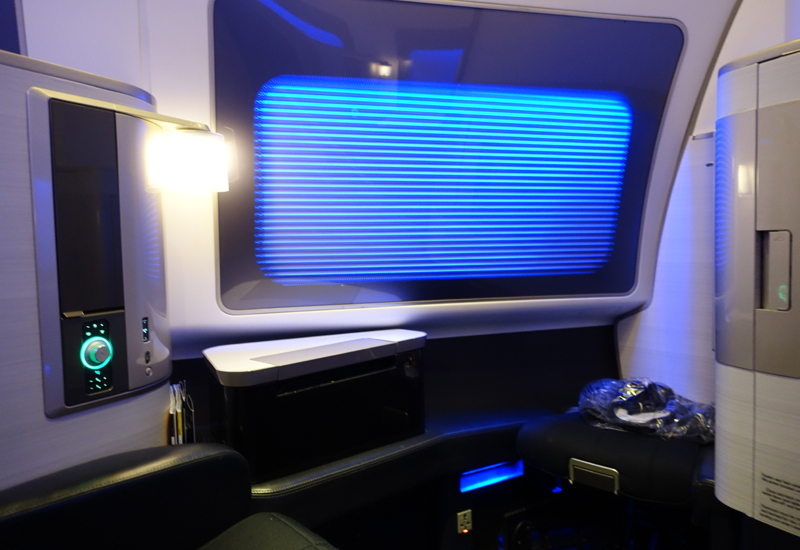 And a daytime view of Seat 1K: 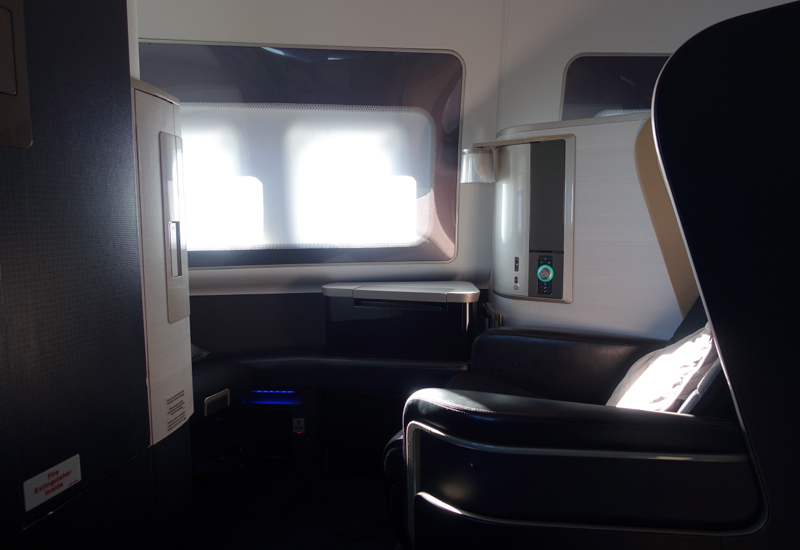 In our case, the munchkin was traveling alone in the first class cabin while I was in British Airways Business Class on the upper deck (see Can Kids Fly in a Different Cabin Than Parents?) so I chose seat 2A for him. This turned out to be a good choice, since no one was seated in 1A and 1K, so there was no foot traffic to disturb him. 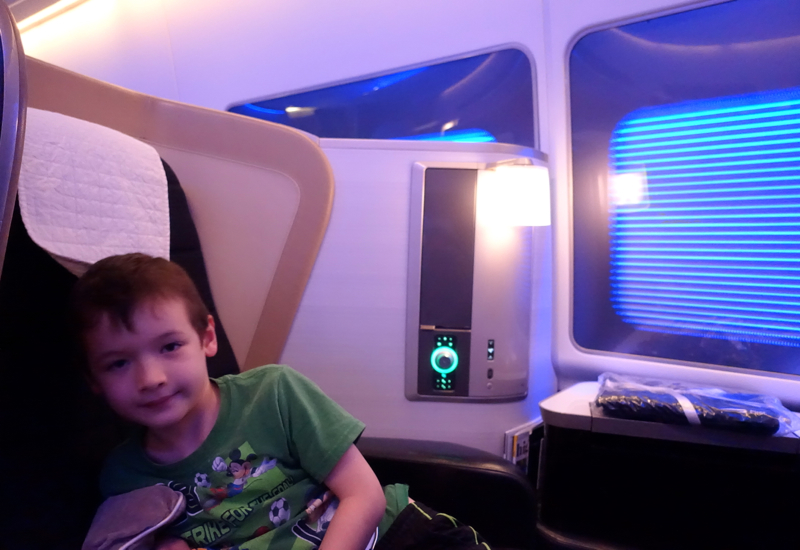 Not that it ended up mattering anyway, given that, with a long delay on the tarmac due to a truck breaking down, he was asleep before takeoff 🙂

I would not recommend the seats further back than row 2, which honestly seem rather claustrophobic, especially the ones in the middle–in my view you just feel too exposed.

The pajamas remain simple but soft and comfortable black cotton: 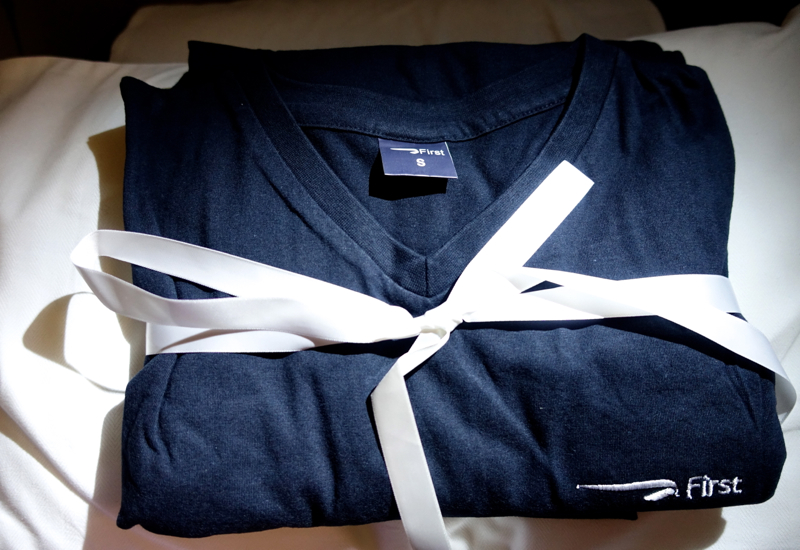 And I was happy to see that the amenity kit is a more practical zippered bag now, with Refinery products: 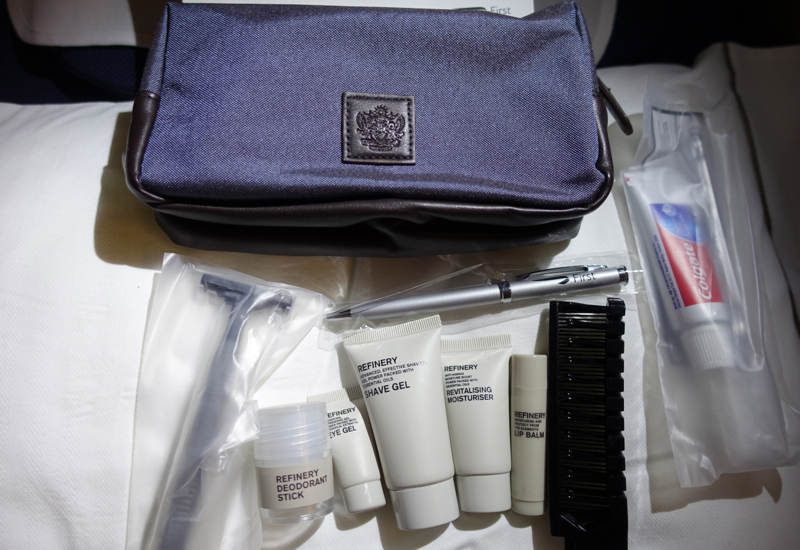 What are your favorite seats in British Airways New First Class on the 747-400?