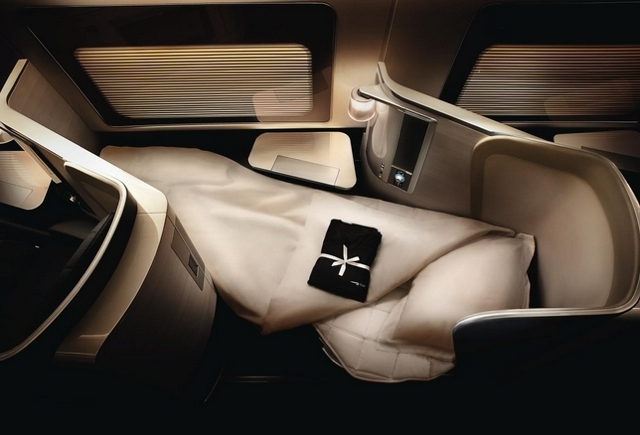 TravelSort Reader Tom writes “Is the 35% AMEX transfer bonus to British Airways Avios worth it for British Airways awards to Europe? I've read that award availability has markedly decreased, is this true? I was planning to book two first class awards for later this year or next Spring.”

While the 35% AMEX transfer bonus to British Airways Avios isn't as good as some of the previous 40% or even 50% transfer bonuses, if you have a specific Avios redemption in mind that you want to book within the next few months, you should take advantage of the 35% transfer bonus, since it's better than the 25% transfer bonus you get when transferring SPG points to airline miles (see Top 10 Best Ways to Use SPG Points).

In Tom's case, since he plans an award for either later this year or Spring of next year, I'd definitely advise taking advantage of the bonus now, since now is the time to book, particularly for first class.

But what about Tom's other question–is there reduced British Airways award availability than previously? I book U.S. to Europe British Airways awards for my Award Booking Service clients pretty regularly, and to be honest, I haven't seen a marked decrease in availability for first or business class on the routes I book. Then again, I do advise my clients to book far in advance and never wait for the last minute to book if they can help it, so that could be a factor.

I can imagine that if you're trying to book last minute first class awards for summer travel or even early fall, it's pretty challenging. Here's the British Airways calendar of availability for First Class for late July-early August 2013 for the NYC JFK to London LHR route: 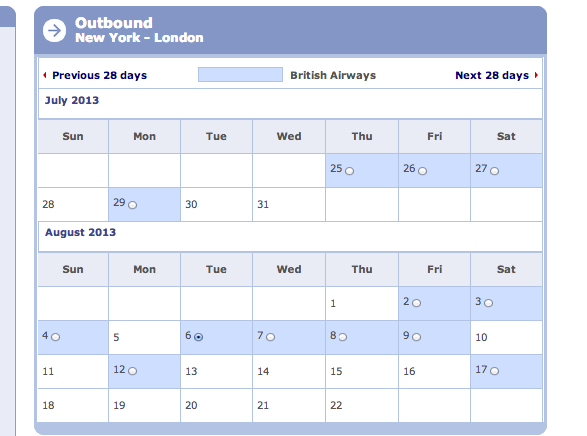 As you can see, just a few days have availability, and if you click into individual dates, most offer just 1 first class award seat.

If you jump to November and the first half of December, there are more dates with award availability. November is wide open: 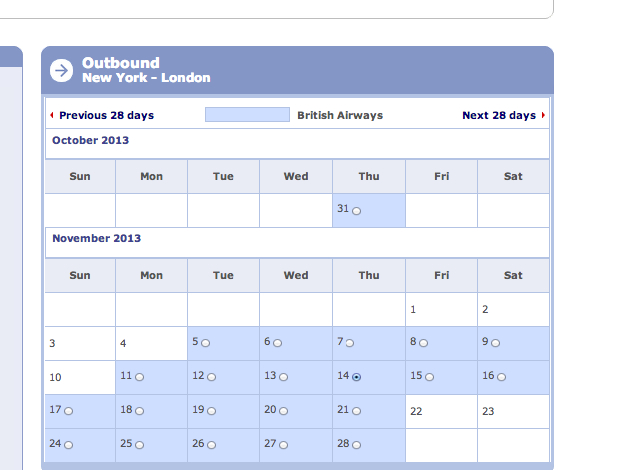 And as an example, here's December 17: 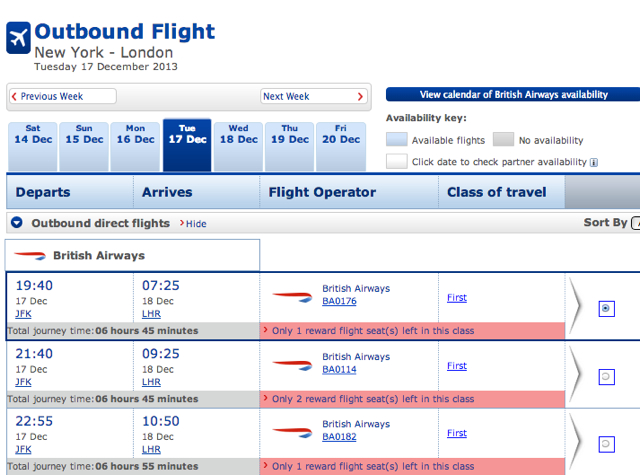 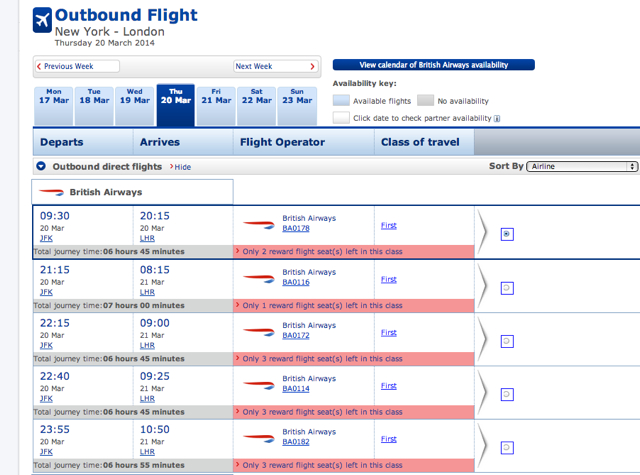 See other British Airways Avios Best Deals, plus our distance chart for figuring out the number of Avios required.
Do you plan to take advantage of the AMEX transfer bonus to British Airways? Think British Airways award availability has decreased, or is about the same as it's been for the past few months?
Related Posts
British Airways New First Class Route Tracker

British Airways Visa 100,000 Bonus Avios Points Back But Worth It?