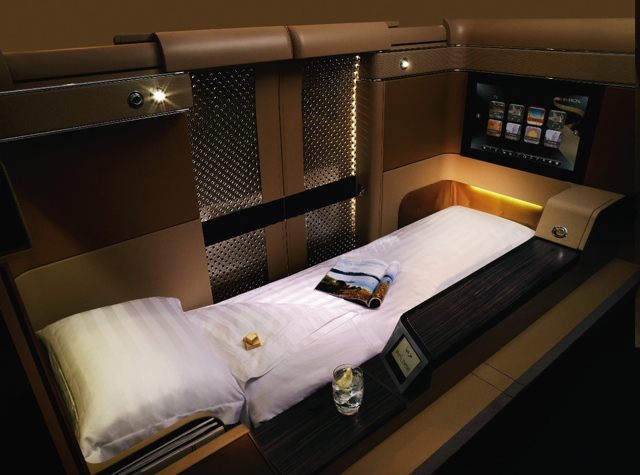 “Last night, in a routine effort to better align American to industry standards with other global carriers, American began collecting carrier-imposed surcharges on tickets for travel on other carrier’s metal.  This change was intended for revenue tickets only, but the surcharge was erroneously added to AAdvantage award redemptions on other airlines as well.  Except in the cases of British Airways and Iberia (where American currently collects these surcharges), no carrier-imposed surcharges will be applied when redeeming AAdvantage miles for award travel on other carriers.  Any customers who encountered this fee in error will be fully refunded.”

So, for example, a First Class award ticket from London to Kuala Lumpur on Malaysia Airlines would be 70,000 AAdvantage miles + $561.10.

Similar to Cathay Pacific, you can't book Etihad awards with AAdvantage miles online, so I called. The award is still 90,000 AAdvantage miles + $2.50 in taxes + $25 phone booking fee for the one way award.

You can book Qantas awards online, although rather frustratingly it's common to get an error message that “the flights are no longer available.” Make sure you deselect British Airways if you don't want to pay British Airways fuel surcharges (which American has already been imposing for some time) on part of your itinerary. 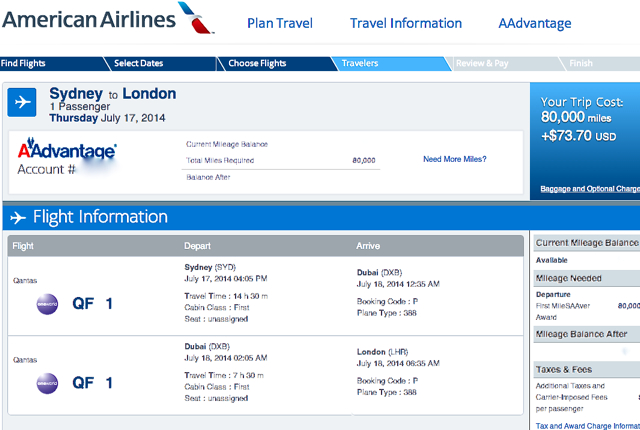 Bottom Line: If you're getting ready to book an international award with AAdvantage miles involving Cathay Pacific, Etihad, Qantas or another AAdvantage partner that doesn't yet come with high fuel surcharges, I would ticket your awards ASAP. Note that if fuel surcharges are later imposed on these additional partners, you would need to pay them for any changes you make to the tickets. But if you fly on the originally booked flights, you're fine.

If you need to book an AAdvantage award later, when it's possible that there will be higher fuel surcharges on all AAdvantage partners, you can at least save $400 by paying them with the Barclays Arrival World MasterCard, since the 40,000 miles signup bonus equates to a $400 rebate off all travel expenses (and you also get 10% “miles” back, making the bonus ultimately worth $440).

American Airlines Award Fees and How to Avoid Them

Become a TravelSort Client and Book The Bellagio with Virtuoso Amenities!