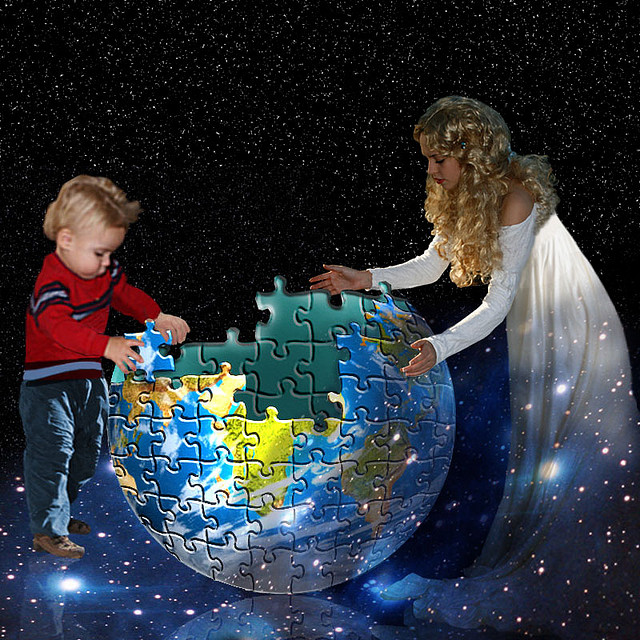 I rarely have time to read the paper on Sundays, but there was an interesting NYT article today about the benefits of bilingualism that caught my eye, as the parent of a bilingual child. Now, I’m not saying don’t bother trying to learn a new language yourself, especially if, say, you have work that often takes you abroad to a given country or your family is even moving overseas. But really, if you’re a parent or think you’ll be a parent someday, the real time to start learning a foreign language is…as a baby, or at least as a young child. Here are 10 reasons why your child (or future child) should learn a foreign language:

For kids, learning another language, especially in context either because their parent(s) or caregiver speaks it to them, is often fun. They enjoy being read to, learning nursery rhymes and songs, playing games, and telling jokes in the language. Contrast that with how older kids and adults tend to study foreign languages, poring over grammar lessons, taking reading comprehension tests, and worrying about their pronounciation and spelling. Not nearly as enjoyable!

Even if you miss that early window of opportunity, young, preschool age children are still far more adept at learning a foreign language than older children and adults. In fact, there are even physiological differences when learning a language young vs. as an older child or adult: while bilinguals have both languages in the same area of the brain, older language learners have the second language in a different area of the brain from their native tongue.

Along the same vein, young children have the ability to learn a foreign language accent-free, while older children, especially after the age of 10-12 or so, and adults, will almost never learn to speak a foreign language at a native level, without an accent. This stands to reason, as older brains have a larger cognitive capacity and are able to absorb and parse a lot of information quickly, but also have less neural plasticity and lack the “flexibility” to accommodate the different sounds and pronounciation required.

A language doesn’t exist in a vacuum—it’s a window to another culture, whether you’re in a country where that’s the principal language, or socializing with speakers of that language in your own country. My son, whom we’re bringing up bilingual in Russian and English, enjoys the usual English rhymes, songs and books at his preschool and at home; but he also is captivated by Russian fairy tales, poetry, and songs, and should he ever study or live in Russia, he’ll share this cultural anchor with his Russian peers, in a way I never did since I only learned Russian at university.

Even if he doesn’t do anything with his Russian, his bilingualism and early travels are helping him feel at home and confident in different cultures. In contrast, I know adults who don’t speak any foreign languages and are ill at ease in environments where they don’t speak the language, and yet don’t make any effort to try to learn it.

It goes without saying that traveling and living abroad is a much more enjoyable and rich experience if you can converse with local people in their native language. You’re more able to have non-touristy experiences off the beaten path, meet new friends, and be less prone to scams that target tourists.

While some parents worry about a second language interfering with their child’s ability to master their first language to the same level and at the same pace as their monolingual peers, studies have shown that in fact, bilinguals tend to have more highly developed communication skills than monolinguals, and perform better on the verbal section of the SAT.

As the NYT article discussed, studies have shown that bilinguals are better at ignoring distractions to stay focused on the relevant information needed to perform tasks, certain kinds of problem solving, and recognizing and acting on new inputs more quickly than their monolingual peers—all aspects of executive function, which is helpful not only in school but in professional life.

Great communication and executive function skills are helpful for test taking, which of course remains critical in getting into the best schools, but being bilingual, especially in a more “unusual” language is also helpful in making an application more memorable. Just think of all the applications an admissions officer sees—something that helps set your child apart, such as fluency in a particular language coupled with some other intriguing accomplishments—can only help.

Similar to standing out when applying for schools, language fluency can help your child when applying to many professional positions, especially in international firms that have overseas offices and a fair amount of global mobility. I would never have worked a summer at the U.S. Embassy in Kyrgyzstan, or been hired directly into the Moscow office of a management consulting firm without speaking Russian, and I know many others who have gotten great opportunities abroad that were only possible given their fluency in the language.

10.   Reduce the Risk of Mental Decline

Few of us want to contemplate our own aging and physical if not mental decline, let alone our kids’, but another potential benefit for bilinguals, according to a recent study of Spanish-English bilinguals, is greater resilience against the onset of dementia and Alzheimer’s. And given longer life expectancies, greater mental acuity and quality of life in later years is a wonderful benefit alongside all the above reasons  for why your young child should learn a foreign language.